A hoverboard has flipped a sick 720 nollie reverso ted talk into Fortnite Battle Royale today with this week's update. An earthquake is seemingly rumbling into action ahead of Season 8's start next week, perhaps signalling another cataclysmic climate-changing event, but if the snow might soon melt let's right now live an xtreme life to the max. These natty technoplanks let players whizz around at high speeds and pull hot shapes while still firing guns and using items, which is dandy. Drop a 1080 chug jug, duuudes.

The Driftboard is introduced alongside a new limited event mode, Driftin'. It's a 32v32 rumble where no chests and ammo boxes spawn, but oodles of supply drops rain down across the island, each with weapons, ammo, and a 'board. You get unlimited grappling plungers too, which is handy for getting Driftboards into unlikely places.

Epic had planned to hang loose with Driftboards in December but delayed them at short notice. They're here now, but only for a while - they're "limited time" items. Fortnite's paid PvE mode, Save The World, added Hoverboards a while back. Those work slightly differently and, most importantly, don't recognise and score your sikk tricks like Battle Royale's do. Hang loose, howies.

Also new today is the 'Infantry Rifle'. It's found in rarities up to Rare, at which one shot deals 45 damage and a headshot double. Its bullets move quickly and don't suffer damage falloff, though without a fancy scope it might be tricky to murderise distant folks. And it's just an Infantry Rifle, okay, not at all an M1 Garand. And certainly not once players have put colourful skins over that old wood. 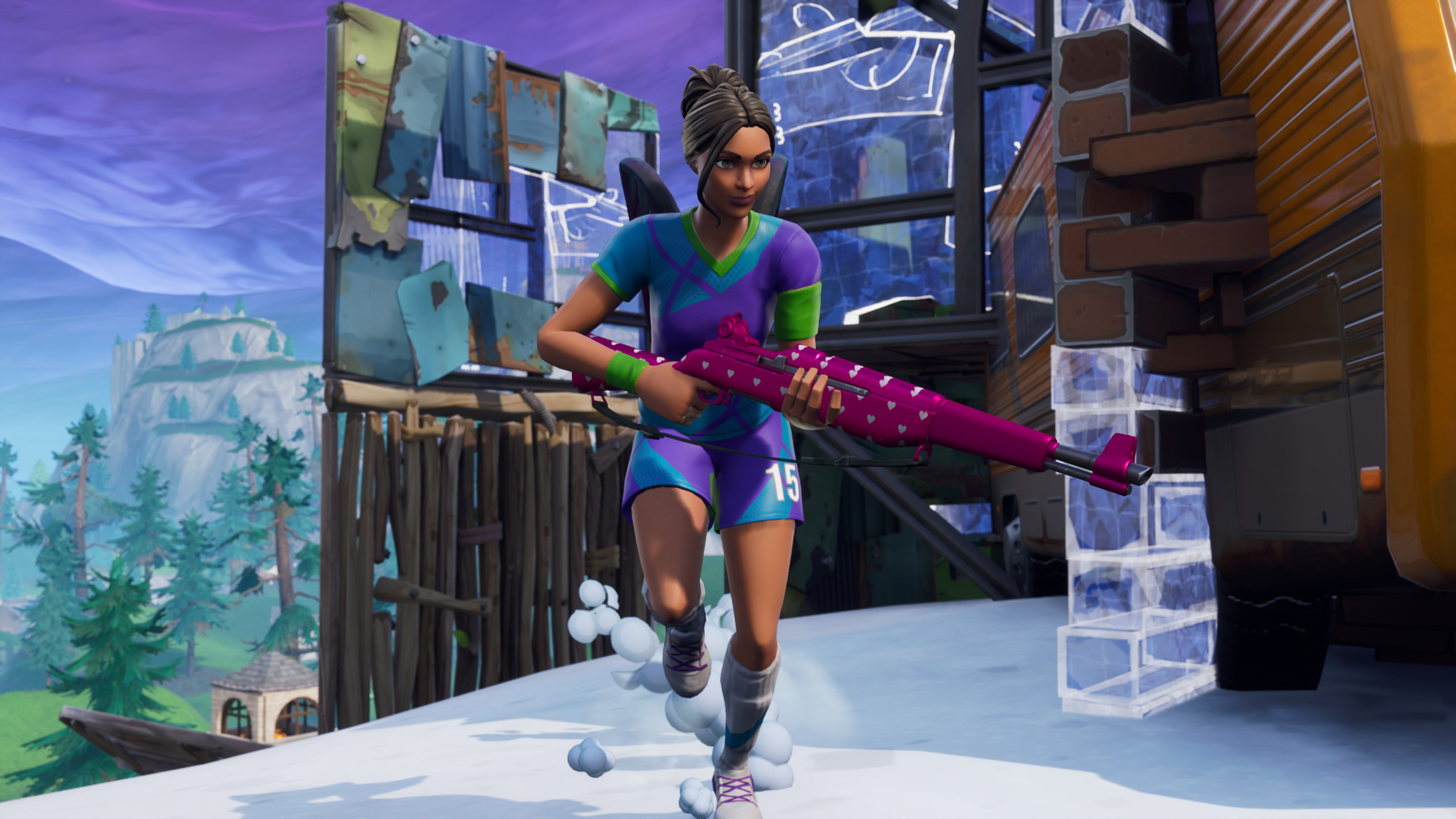 It is wild to me that one of the biggest children's games in the world continues to add real-world firearms. Even more so now they're making toy guns based on these transparent knock-offs, including a Nerf not-a-SCAR-nuh-uh foam dart rifle and a Super Soaker why-would-you-call-this-a-Desert-Eagle-ha-ha-never-heard-of-it water pistol. I suppose Epic have already proved themselves more concerned with legality than morality.

Season 8 is due to kick off on Thursday, February 28th. Before then, players can earn the upcoming season's 8 Battle Pass for free by grinding out a few challenges, which would save a couple bucks. So stop playing Apex Legends, okay, come back.