A murderer could be hiding inside a toilet, lamp, lounger, car, barbecue, bin, or even fluffy plant in Fortnite Battle Royale, thanks to the weird new zone added in today's update. Whilst in Moisty Palms you have the magical ability to transform into a random prop by crouching. You cannot shoot while transformed but you can run, and surely no one will notice anything suspicious about a toilet legging it down Main Street. Greasy Grove has reappeared too, after being swallowed by ice in season 7, and this time it's raining tacos.

Just play it cool and no one will ever notice.

The transmorphing magic only works within the clear boundary of Moisty Palms. Given that you can't shoot while itemised or for about half-a-second afterwards, you are mighty vulnerable. Its uses are limited. Yet... I did accidentally score a #4 finish while alt-tabbed out as a toilet sat inconspicuously atop a poolside lifeguard chair. Who'd interrupt a toilet with such responsibility?

Another Rift Zone brings back Greasy Grove, greasier than ever. Every now and then, tacos rain from the skies and the sheer joy of witnessing such a miracle makes everyone not only dance for ten seconds (double-fisting tacos) while regenerating. Tacos grabbed from the ground can be scoffed to a wee heal and a temporary speed boost too. 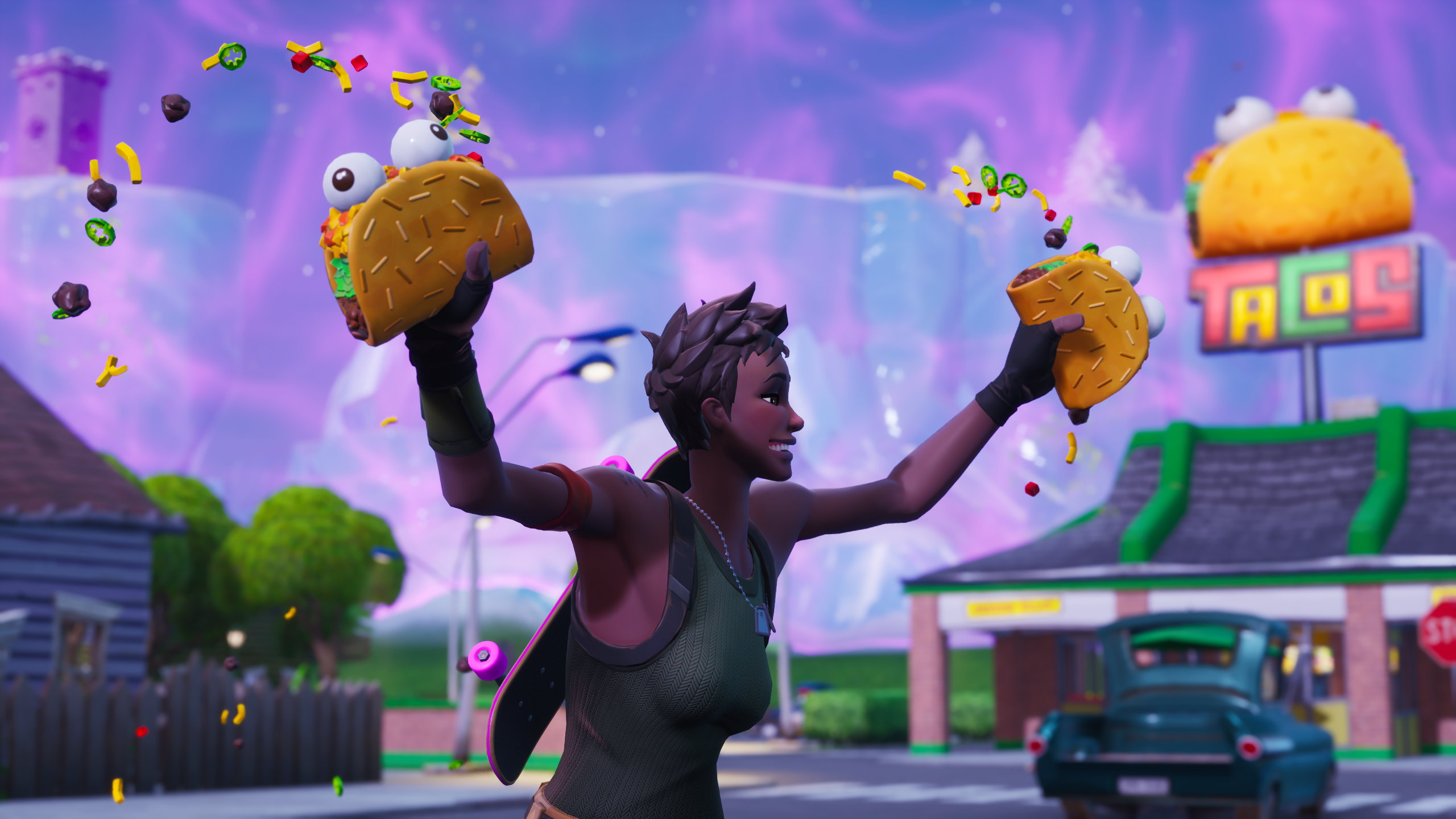 People are SO into the tacos.

See the Fortnite v10.30 patch notes for more on today's changes. It vaulted the Burst SMG, unvaulted the Tactical SMG, and... who cares, you can run around as a toilet then dance the taco shuffle and that's what matters.