Why should Fortnite's 100-player deathmatch be limited to humans, anyway? If we're going to prove who's the best of the best, let's invite the whole animal kingdom along for the ride. Fortnite's latest update sank the map, bringing deadly sharks into the fray - and it looks like the ocean predators are already more than capable of snagging themselves that victory royale.

The latest development in Fortnite's long, convoluted, constant map-shattering story saw Epic's murder-island sink beneath the waves. Those floods arrived with some vicious new sealife, and Fortnite players have quickly discovered that sharks aren't quite adhering to their ocean-bound nature (cheers, PC Gamer).

The way Jaws erupts from the waves and ploughs through half a building to snap this poor bloke is absolutely terrifying.

Fair play, the above clip was guilty of stepping a little too close to the sea. But as another hapless combatant discovered, just because fish can't breathe on dry land doesn't mean it won't chase you through a warehouse and up two flights of stairs to catch its prey. Not that they'd need to, either, since it looks like they're capable enough of leaping three storeys into the air.

So sharks have been added into Fortnite I am not happy warning *high pitched scream of terror* in this clip and my lovely NOT friend laughing at me is @thequeenofcats0 ???????????? enjoy my misery #Fortnite #SharksinFortnite pic.twitter.com/TE0htzze62

Granted, this is all a very Shark Week view of the creatures, leaning into the supposed bloodthirst of what are simply regular ocean predators. Deadly, for sure, but a real shark isn't going to tear down half a tower in a blind fury. Fortunately, some players (like Redditor Hotdogonthebbq) have found ways to co-exist with the sharks, using fishing rods and the "Scoot" emote to turn the giant predator fish into organic, fleshy jetskis.

Still animal cruelty, perhaps, but somewhat less violent that perforating a Great White with a minigun. 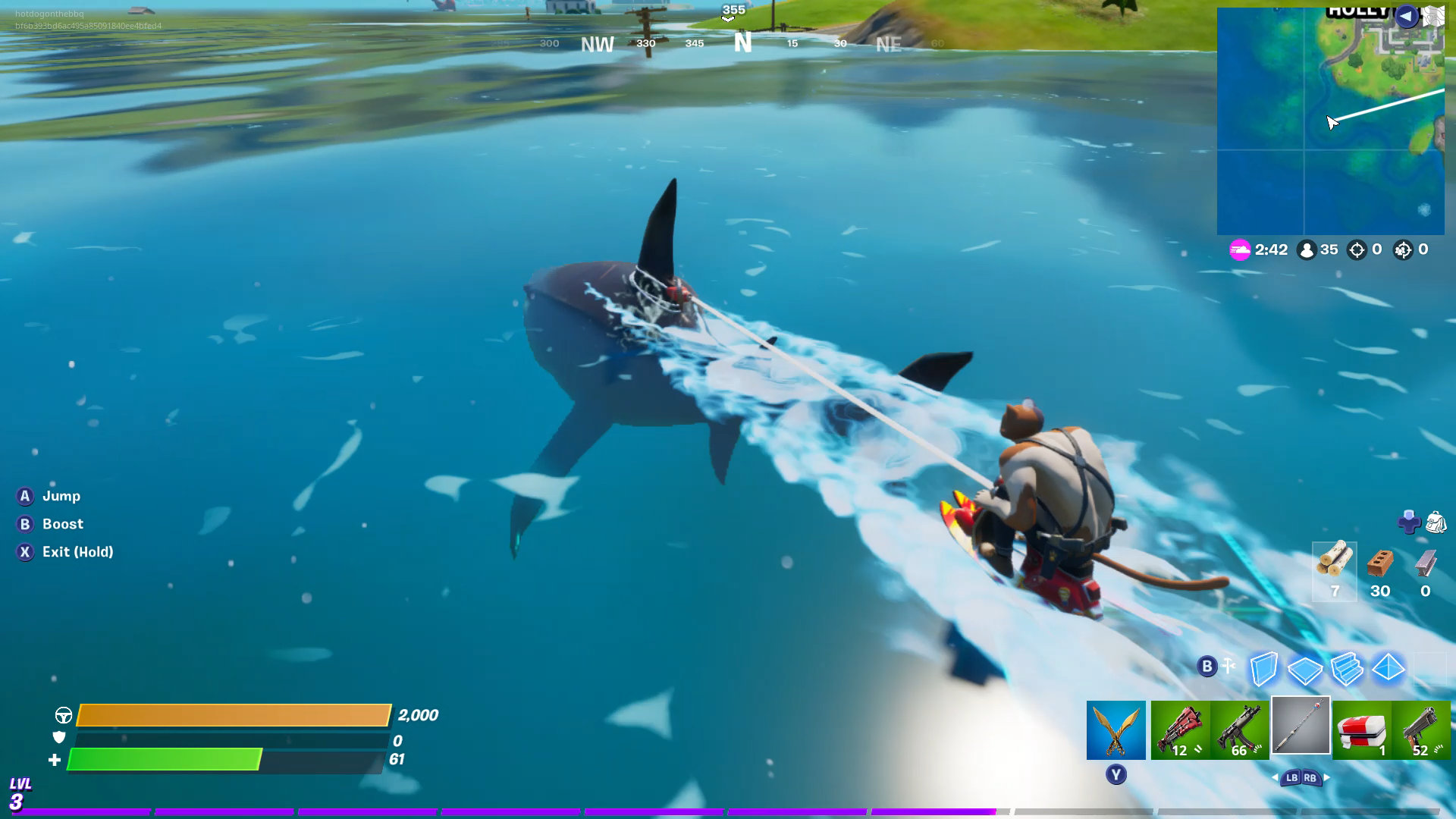 Granted, it's probably best you don't take Epic's advice when it comes to actual, living sea creatures. Trying to ski behind an actual Hammerhead won't get you anything but serious jail time and some life-threatening wounds. Wouldn't recommend it, anyways. Let's hope the next themed battle pass adds some Shark Repellant Bat-spray, eh?