Half-Life and modding are basically synonymous. Whether it's painstakingly remaking the original in Black Mesa or spawning entirely new multiplayer genres in Counter-Strike, Gordon Freeman's misadventures are as much a platform for new works as they are solid shooters in their own rights. This weekend, Valve brought Half-Life: Alyx back into that lineage with Steam Workshop support and the beta release of HL:A's editing tools.

Given it's just come out, the Half-Life Alyx workshop is pretty thin right now. Rough early maps sharing shelf-space with combat encounters, firing ranges, and the sort of meme-y garbage that unfortunately floods the Workshop ecosystem across Steam. But then you've got horde modes like Xen Thug, the mandatory VR lightsaber trainer (pictured above), or a simple small room from which to practice the piano.

Many of these mods were developed before official tools launched, using awkward hacks and workarounds. But going forwards, modders now have access to a full suite of bespoke editor tools to make their own City 17 adventures. 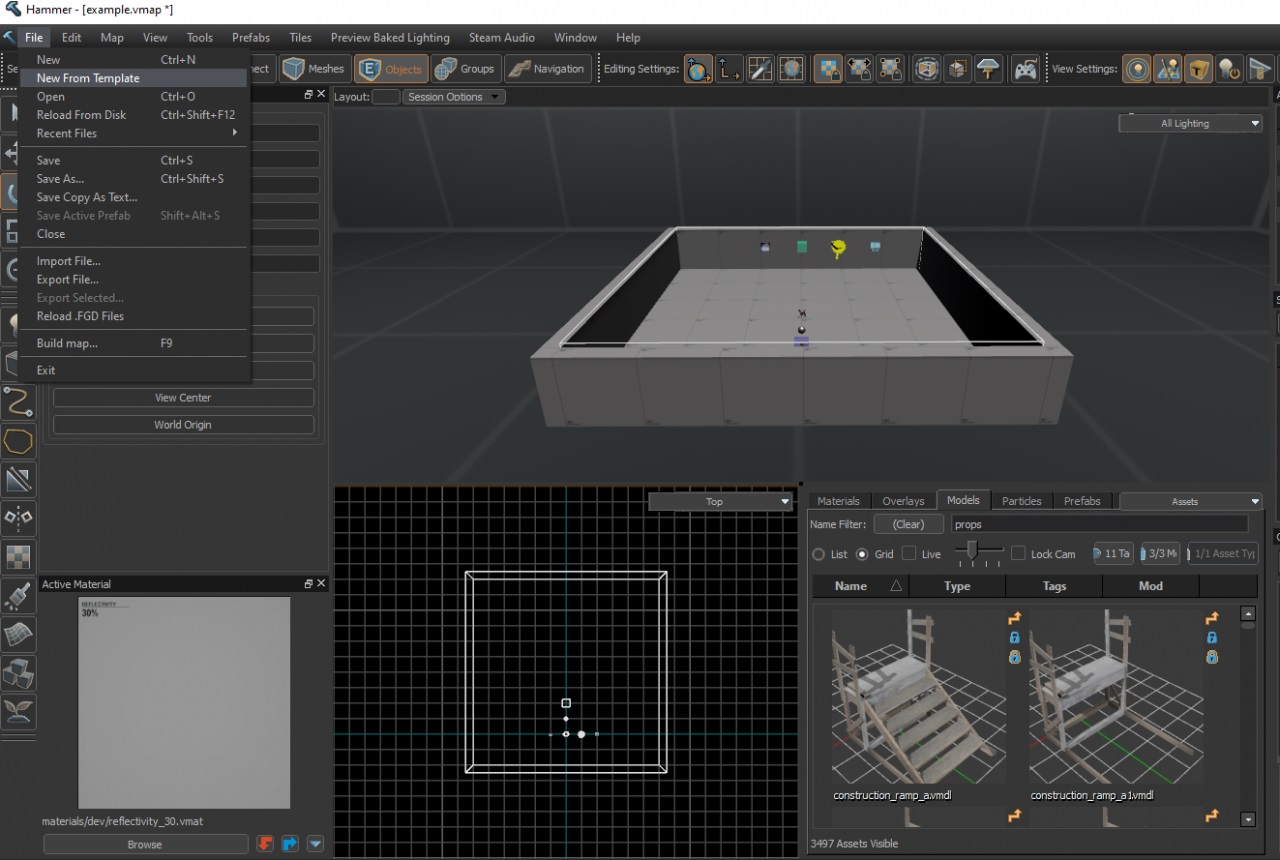 As revealed by Valve in an announcement last night, the Half-Life: Alyx editor beta tools include the Hammer 2 world editor, a version of Source Filmmaker for Source 2, and editors for materials, particles, models, animations and "subrects" (something Valve describe as "smart texture sheets". I don't know what they are either).

I'm actually proper excited to get my hands on Hammer 2. I've been messing in Half-Life 2 map-making for over a decade - and while the new editor's been available via Dota 2 for yonks, it's not quite the same if you're not making first-person murder corridors out of big grey blocks. With Half-Life: Alyx being VR and all, you'll still need a headset to make the most of the modding kit. A debug-only VR-free mode exists for testing, but it's awfully barebones.

To get you started, Valve have included a few sample maps to demonstrate the basics - how they compose enemy encounters, or how to use new tools like tile meshes and texture hotspots. You can also load up any Alyx level to dig under the hood of any particular setpiece from the main game.

Dominic Tarason ran down some of the best Half-Life 2 mods in his Modder Superior column last year. Hopefully, it's not too long before we see Alyx creators blow those out of the water.