Halo Infinite is the first new Halo game to arrive on PC since Halo 2 graced Windows Vista. It's also got a beta coming soon, which they've decided to call "flights" for thematic reasons. In this article, we'll guide you through what we currently know about the game, and update it regularly as trailers, news about its release date, and everything else trickles out. 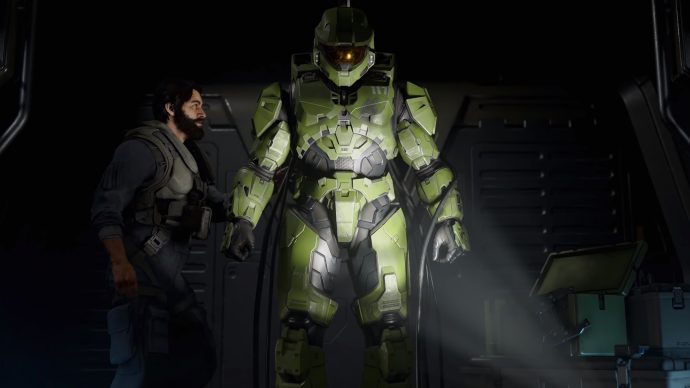 There is no specific release date yet, but Halo Infinite will be released on PC during "Holiday 2020". We can safely assume it'll be available from Microsoft's own store, but there's some hope it'll also come to Steam since Halo: The Master Chief Collection - which is bringing all previous games to PC except Halo 5: Guardians, some for the first time - is going to be made available there. We'll update this section with concrete details as soon as they're announced.

According to a post on 343's Halo Waypoint blog, there will be a beta period - which they are dubbing "flights" for some reason. The PC version of this will be coming a little later than the console version, but 343 state that "we're treating it as a first-class citizen". We've not got a confirmation of when this will be, but it's unlikely to be in 2019. Other features were also confirmed in the same post in the game either at launch or shortly thereafter:

We first saw Halo Infinite at the end of E3 2018, but we got a more in-depth look at the first few moments at the end of their E3 2019 press conference. It will be using the "Slipstream" engine and is designed with a new generation of consoles in mind for where 343 Industries are aiming this at. Despite this goal, they have confirmed that it will still be coming to PC.

With the more recent trailer, we get a little more about the game's plot which may confuse those on PC as Halo 5: Guardians currently doesn't have a release window. I won't spoil any of the details, but there's a reason why you see a halo like you see it in the recent trailer. The man who rescues Master Chief from deep space is paranoid about something, which typical of the Chief, he opts to go fight it instead.

That's we know about Halo Infinite at this stage. As the months pass, we will be keeping track of any updates, such as in-game footage of just how it plays and any news of a release date, so do check back soon.