It's been over a year, and I still have yet to find an idea in any game that comes close to matching the brilliance of the interlocking hex-tablet-drone system in Counter-Strike: Global Offensive's battle royale mode, Danger Zone. It belongs to the extremely select class of new ideas in games that not only offers several compelling points of departure from the tried-and-tested genre formula, but also solves almost every single one of the problems that have plagued the genre since its inception.

To explain what I mean, I've boiled down what I consider to be the four biggest issues inherent in the traditional battle royale formula: camping, third-partying, reliance on RNG, and extended periods of inactivity. Nearly every battle royale out there (certainly the big three - Fortnite, PUBG, and Apex Legends) suffer from each of these flaws to various degrees. But Danger Zone somehow concocted its own formula - one which nullifies these issues more effectively than any of its peers.

Every Danger Zone player starts the game with a tablet, which they can consult at any time. This tablet has two functions, the first of which is to display the map, divided into hexes, and highlighting every hex containing at least one player. This is a move of sheer unbridled fucking genius: not only does it encourage you to hunt down players that stay still for too long (eliminating the camping issue) without giving you so much information that it feels unfair; but it also leads to moments of great tension and growing horror, where you're trying to work out if an enemy is inside your hex or not. What's more, if you've the wherewithal to use your tablet after a kill to check everyone's whereabouts, you can prepare yourself for opportunistic third parties far better than in any other battle royale. 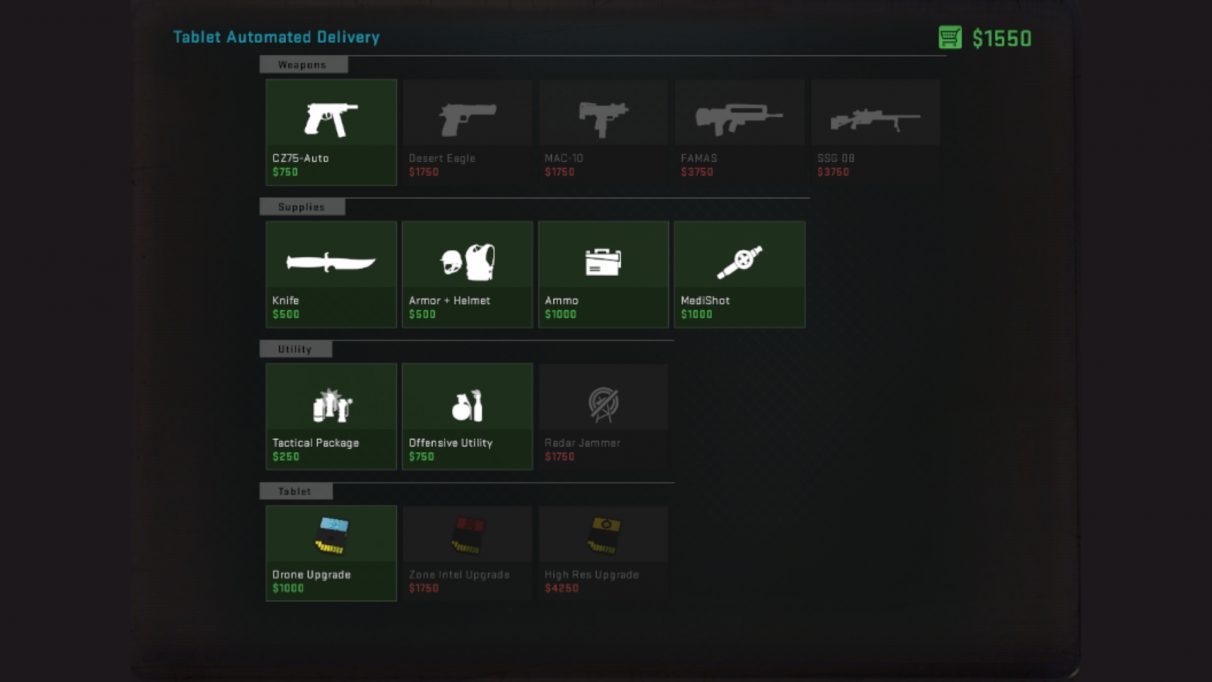 The second use of the tablet is to purchase equipment using the money you scavenge across the tiny island map. There are weapons that you can find just lying around, just like any other battle royale, but giving players the power to buy their desired weapons once they accrue enough coin goes an enormously long way to relaxing the iron grip of randomness that holds most other battle royales. But Danger Zone doesn't just make things easier for players - it uses these new systems to create new strategies, new moments of tension, and new anecdotes. For example, when you purchase an item using your tablet, the item must be flown to you via your own personal drone. But that drone can be shot out of the sky and its contents looted by enemies - or worse still, it could be followed in order to track down your exact position. So each time you buy something, you have to weigh up the risk against the need for better gear.

Which means there are two entirely unique and fascinating methods of tracking down enemies in Danger Zone: hexes and drones. And with each match taking place on a miniscule island with just 16 to 18 players, and matches lasting little more than five minutes at the most, there's rarely any downtime. Danger Zone will never make you feel the bitter disappointment of spending half an hour looting and searching for enemies, only to be shot in the head by a Kar98k from miles away.

So that's all four issues solved: no camping, a stronger defence against third-partying, far less reliance on RNG, and no extended periods of inactivity. Wrap all that up with the absolutely masterful gunplay of Global Offensive, and you've got yourself an absolute cracker of a battle royale.