Frostpunk is a very pretty game about trying to build the last city on Earth after an icy global catastrophe. I, like many others, spent about 25% of my time giving orders to build and gather and research, and the other 75% of my time zooming in as far as the camera allowed to watch my miniature hooded citizens trudging through the snow, or clustered morosely about the central generator.

But after a while, I began to pay attention to what the game was actually doing, both to the city's populace and to me, the god-player looking down upon it all. And what I found was rather fascinating. Disturbing, but fascinating. 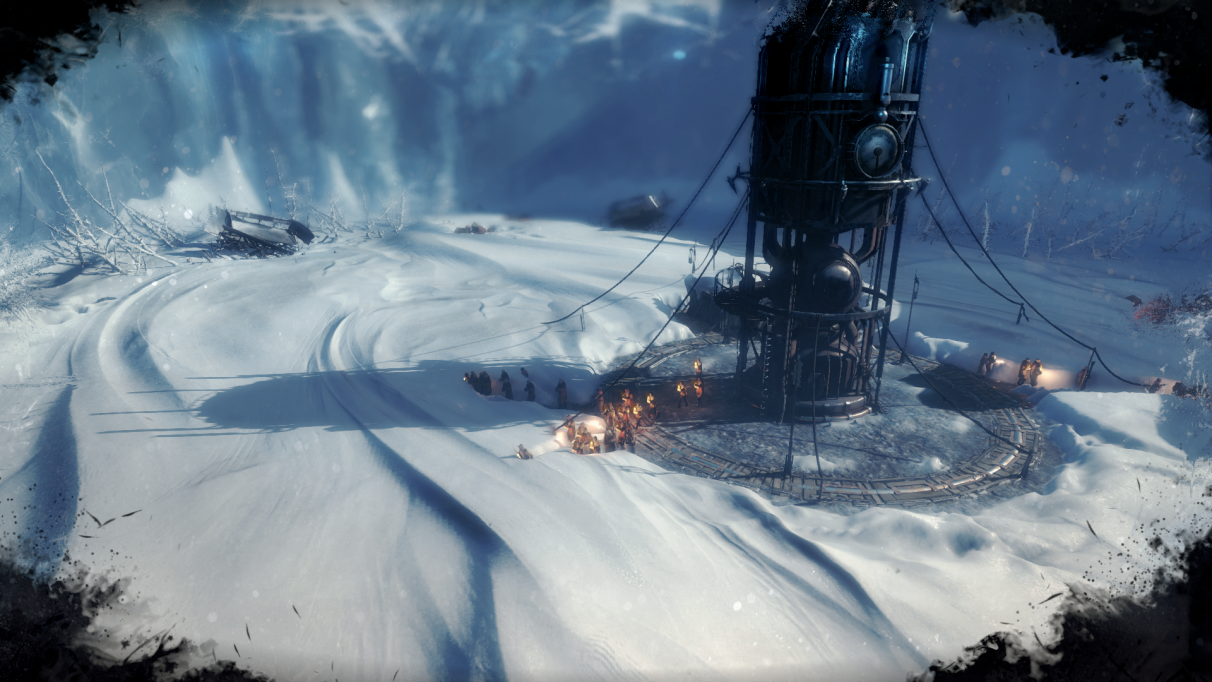 See, Frostpunk has this pretense of focusing on the individual lives at stake. Pop-up notifications tell you of the boy who injured himself while working down in the coal mines. It tells you about the mother who hears of this and refuses to let their own child work. The old man dying of frostbite, the young woman complaining loudly about the lack of shelter. But in the end, all these things are just boiled down to facts and figures - the number of sick, the number of homeless, the level of hope and discontent.

And that's another thing. Those twin meters of hope and discontent at the bottom of your screen. It doesn't take long to realise that nothing much actually comes of having low hope, or high discontent. The only serious consequences arise when those bars fill or empty completely, which could cost you the game. But as long as this doesn't happen, you're fine. Which kind of undercuts many of the decisions you make over the course of a game, because often the choice can be boiled down to "higher productivity and a better city vs decreased hope and increased discontent". You find this out very early when you must choose whether to sign the law forcing children to work. On the plus side, a larger workforce. On the minus side, decreased hope. But since hope doesn't actually matter that much... 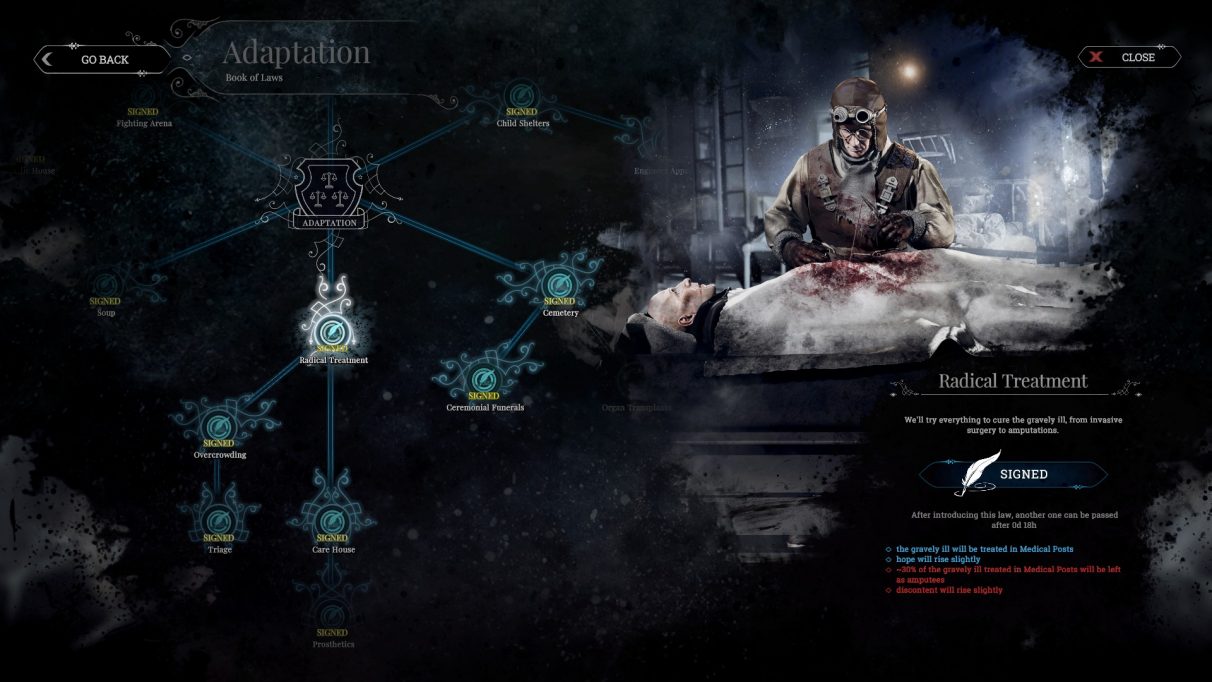 You might see these as design flaws - and yeah, you may have a point - but to me it was just fascinating to run through the implications of these systems. Because it forces you to place the collective good above the individual good at every turn, which coincides perfectly with the slogan released at the end of the Frostpunk trailer: "the city must survive". The city, not the people. In fact, the individual doesn't really come into it at all. When those notifications appear, it's always just "a man", or "a woman". And sure, you can click on individuals and see their names, family members, and current concerns; but these concerns are always just large-scale issues such as "not enough food", or "not enough shelter". So you may think you're hearing an individual's opinion but all you're ever really presented with are the myriad opinions of a mercurial collective identity: the city itself.

Boy, this is getting quite deep, isn't it? Let's rewind. It's still a very pretty and compelling game, and I've had a lot of fun playing it through to its conclusion across multiple scenarios. None of that changes the fact that all its decisions, notifications, and meters force you to discard any notion of the "individual". It's a complete reversal of 11 Bit Studios' previous title, the sublime and intimate This War Of Mine. And whether you see this as a design flaw, or a completely inevitable result of gamifying these types of ideas, you can't deny it's pretty darn interesting to think about.