Orwell is a cautionary tale that invokes the themes of 1984, and certainly sounds like nightmare material for the 21st century. I’m pretty sure it resembles something from the mind of Charlie Brooker, creator of Black Mirror. An adventure game set entirely in the "Orwell OS", worth playing right through to the outcome, whatever that may be.

It puts you in the role of an operative for a new institution designed to keep the peace by infiltrating social media accounts, tapping into instant messages, and examining every aspect of a person’s digital life. Our tenure as an Orwell agent begins with a terrorist incident - an explosion in the middle of a bustling street in which many were killed. You are investigating a suspect known to the authorities who was seen at the scene of the crime. As you delve into her social media account, a wider picture begins to unravel.

Since many of the clues can contradict each other, you need to choose which seems more relevant. This means your interpretation of the facts can either prevent or cause more catastrophes to occur. Meaningful choices are rare in games, but Orwell has every choice matter greatly. Multiple endings and chapter outcomes encourage you to replay for a wider picture. It gets weird when the people you're snooping on start reacting to the things you're doing. 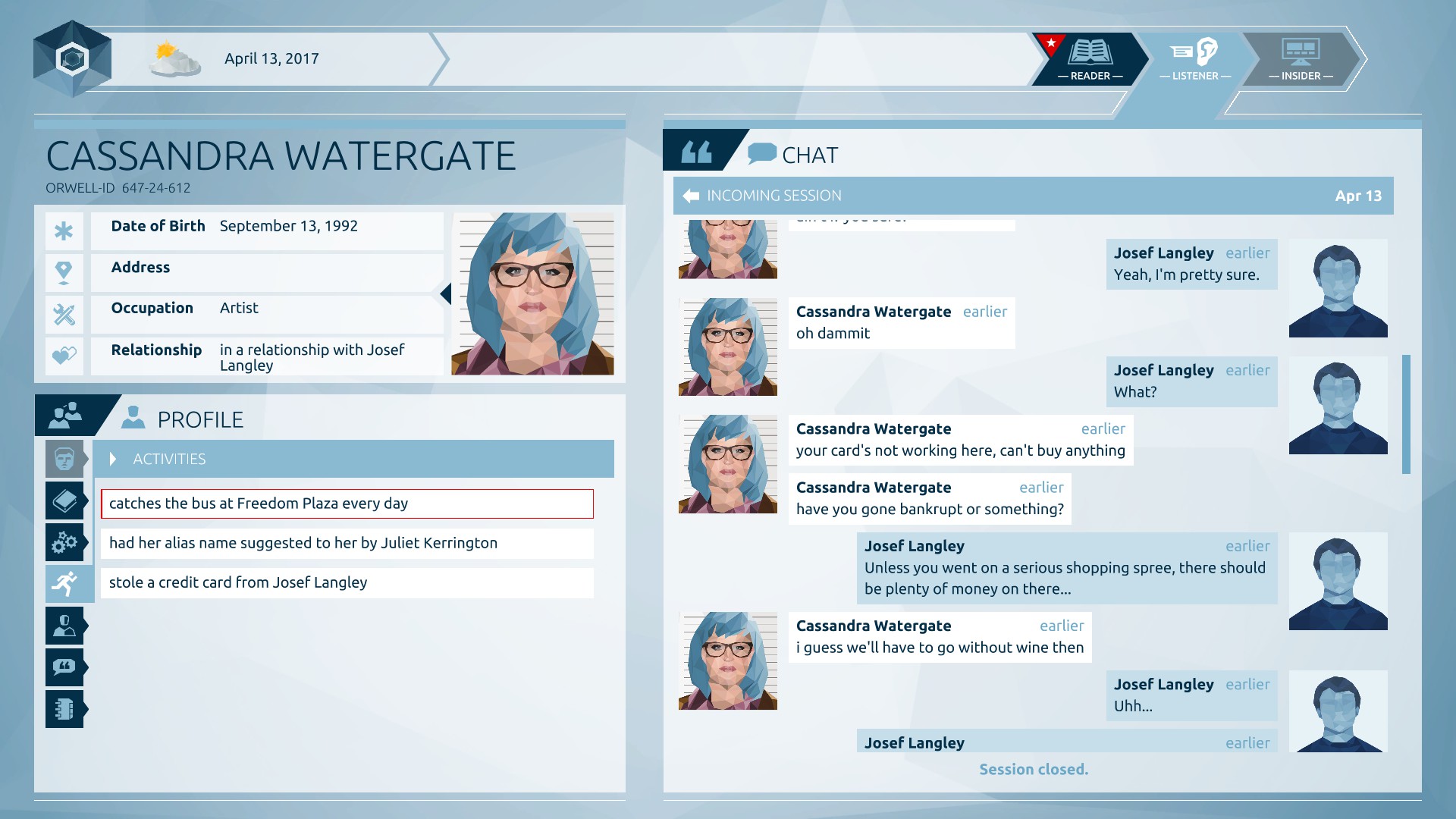 It’s not very long, the five chapters that originally released episodically take only a few hours in all. But the web of information that unravelled before me when I first played was fascinating and captivating. Not everything you see on the internet is what it seems and this game definitely made me see the internet in a very different light.

The second season - Orwell: Ignorance is Strength - has now finished. It introduces concepts that are thought-provoking in today’s world of fake news and misinformation. It's an important game that highlights the value of being aware of what is said on the internet, and how that can be interpreted.