Protolife occupies a rather special place in my repository of tower defence games for two reasons. First, the central concept of controlling a little construction bot that poops out blue blocks in specific patterns to create all your defences. It's neat, it's elegant, and it places you into Protolife's world in a way that few games in this genre manage. Secondly, it's better than pretty much anything else at teaching you how to play tower defence games - or even strategy games in general.

Part of the reason for this is the bite-sized nature of Protolife's levels. Each stage places you into a tiny environment that is in the process of being overrun by a sentient Zerg-like organism that I've come to affectionately nickname "The Hungry Hungry Hippo". The organism constantly flip-flops between two states: growth, where it slowly spreads its carapace across the level, sending swarms of maggot-like enemies to disrupt and destroy the human colony you're tasked with protecting; and Sleep, where the Hippo lies dormant for a while, allowing you to go on the offensive and place down blocks to help "contain the infection". 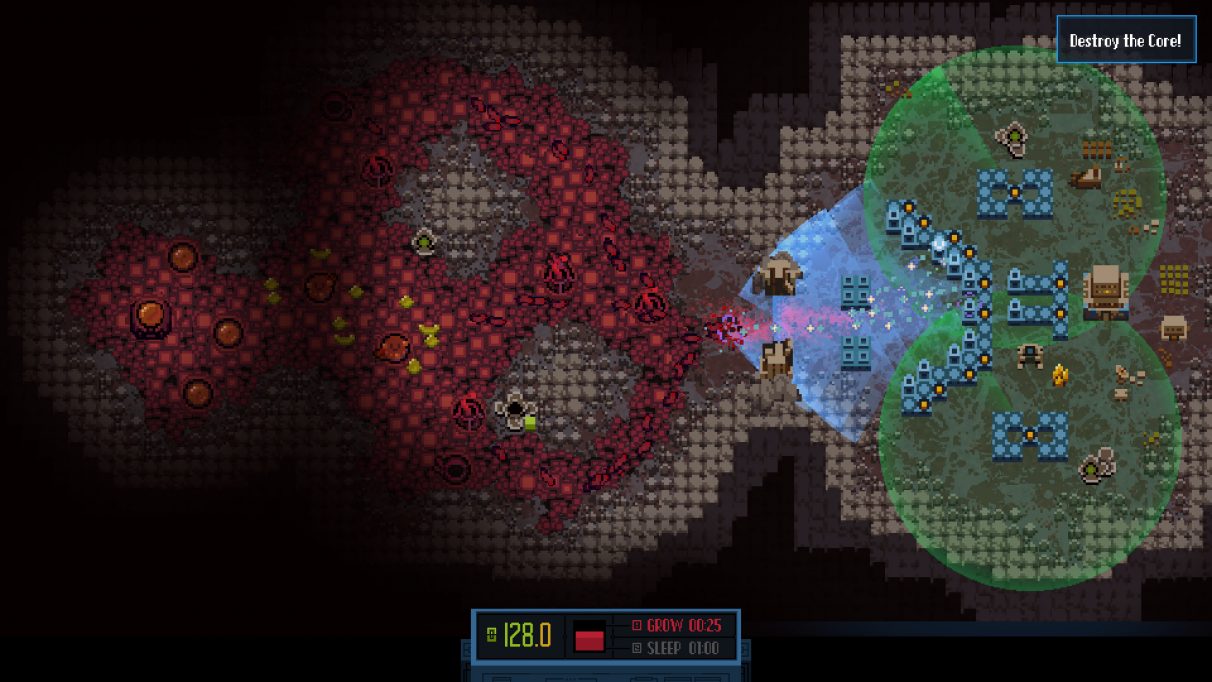 This ebb and flow differs from level to level, but aside from the first handful of tutorial areas, it can get very tricky to avoid being overrun by the Hippo and its ravenous maggot-y minions. Above all, Protolife forces you to learn that you must always be doing something. There's no room for sitting back once you've established your initial defences (like you can with, for example, Plants vs Zombies). You always need to be either placing defences or walls, or going to gather more of the little blobby resources that you need to place more blocks.

And that's something that applies to so many RTS and tower defence games. They Are Billions (which, incidentally, I wrote my very first HYP on), Starcraft, Warcraft, Supreme Commander, Age of Empires. Even turn-based games like Civilization or the grand strategy of Stellaris have the same inherent notion that you should always be doing something productive and make the most out of each turn in order to succeed on the higher difficulties. And Protolife, with its tightly designed, fast-paced levels, helps you realise this more effectively than any other game I've played.