First launched in 2016, Hearts of Iron IV is yet another of the grand strategy games to come from the great grand strategy Santa's Workshop known as Paradox Interactive. Mixing sandbox style play and real-time war simulation, the title allows you to start in 1936 or 1939 and take one control of one great power -- leading them to victory over the rest of the, you know, World War. Today, the third major expansion for the game was announced. Man the Guns develops the naval side of war, including the addition of modular design for warships.

Man the Guns also introduces new options for the democratic nations. The United States has a lot of roads you can lead it down, and now a navy that you can steer into the Gulf of Mexico to really start a scene. You must, as they say, man some of those there guns, in order to take back the water highways of war.

Wait, the second expanse to this game was called "Waking The Tiger" and it is set in Asia? That seems... You know, we don't have to discuss that today. 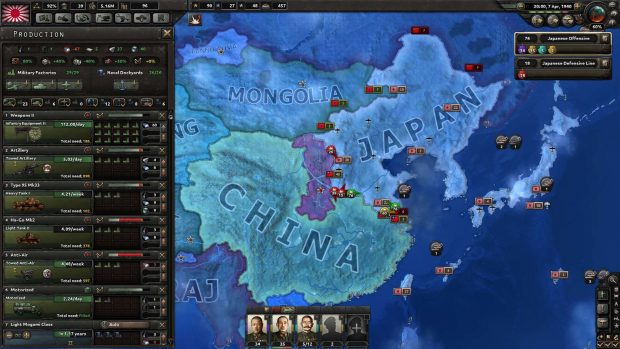 Here. Join me in taking a gander at the announcement trailer:

I might just be tired, but the part of the video description that said "Two thirds of the Earth are covered in water" felt like it was describing a post-apocalyptic scenario. I was like "Whoa, where are they going with this?" And then I remembered that's just how the planet is? I think it is time to log off for the day, before I worry that 1/3 of the planet being covered in land is something that H.R. Giger came up with.

Follow the game's development on the Steam page or via the official site. The game is currently 60% if, so if you want to grab it, man your funds.