Who ya gonna call? Probably not me, as my first run-in with any tangible evil in investigative action RPG HellSign ended with me being devoured by spiders. Entering early access today, it's an unusual isometric spook-hunting sim by Ballistic Interactive, inspired by 'monster of the week' and blurry night-vision paranormal investigation TV. Players step into the cheap boots of a rookie monster hunter, apparently a growth industry in modern-day Australia. You investigate, you identify what's going bump in the night, and then shoot it. A launch trailer haunts below.

From the little I've played so far, HellSign feels surprisingly fresh and distinct, although in some regards it feels like a modern-day Witcher. You're told a house is haunted or a murder occurred there, you explore, and you poke around with an EMF sensor (yep, we're bustin' ghosts here) and blacklight to find clues. Slot these into an evidence grid in your gradually expanding Necronomicon (a useful handbook of the dead) and you'll find out what you're against. Then you can check for weaknesses and kill it. Or re-kill it, assuming it was already dead once before.

It took me a while to figure out exactly what I was looking for in the investigation sections. There's a bit of pixel-hunting, especially when using the blacklight, and I wasn't sure at first what I was meant to be following. Combat against smaller enemies is a bit messy too, with me barely having time to get a shot off at a shoebox-sized spider before it and its pals take a bite and scurry off into the shadows. Hopefully that's something I'll get the hang of after further play. It's interesting so far, but I've not played nearly enough to pass judgement.

Dialogue so far is surprisingly crude, lewd and probably needs tightening up on the spelling and grammar fronts. Still, it feels distinctly Australian, with its cast of monster hunters (who all congregate at the same pub, apparently) swearing up a storm, cracking rude jokes and trying to out-macho each other. The tone feels a bit juvenile so far, reflected in the trailer's player-character (you can name your own) being 'Timmy tightpants'. Still, given how nonchalantly Aussies regard their horrifying local wildlife, being mildly grumpy about demons seems about right. 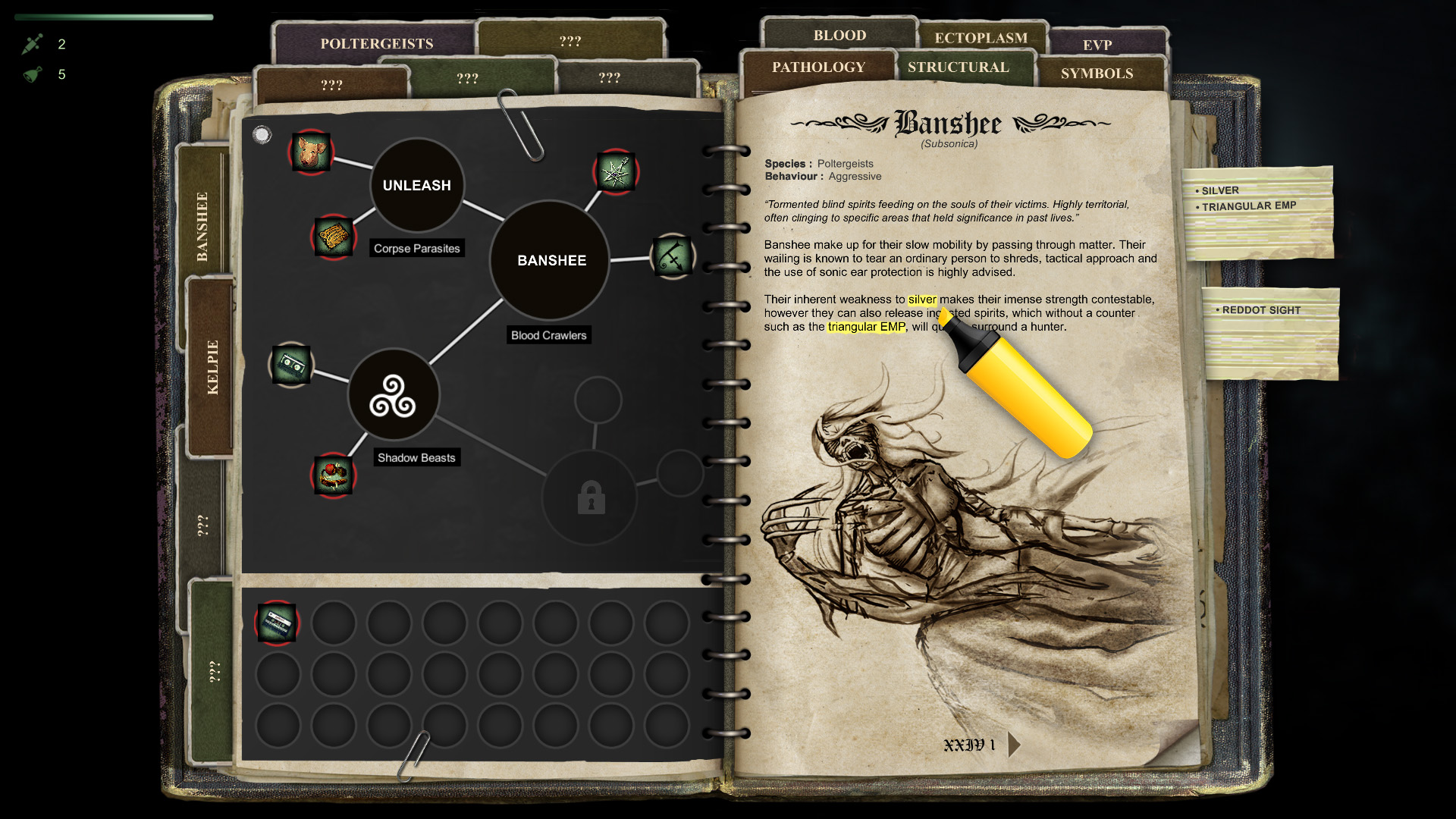 Ballistic estimate the current version (around a quarter of the game) takes around 10-12 hours to get through. There's thirteen types of lesser critter to fight and three boss-class monsters to discover, and the option to create a female character is coming later. They're aiming for a late 2019 release, and for it to be a sprawling 40-hour game with over a dozens of types of beasties to hunt. The current version has most of the core features, and its maps are procedurally generated, too, so investigations can't just be memorised. The price will be going up at launch.

HellSign is out now in early access. You can find it here on Steam, where it costs £11.39/€12.49/$14.99. While I've only given this the briefest of looks here, Alice B plans on taking a deeper dive into HellSign in the next couple weeks to give it the Premature Evaluation treatment. Keep your EMF meters pointed at RPS for that.