We've no idea when the paid version of giant world sim Dwarf Fortress will finally be available, but in the meantime Bay 12 are showing off what the officially overhauled textures will look like. I imagine you've seen its original ASCII maps before. They're black screens with bright green, yellow, and cyan all over that hurt to look at. The new textures are much easier on the eyes, though I'm sure purists will staunchly stick to the original view.

Bay 12 are in particular showing off how terrain ramps look out in the world and some of the smoothed and rough stone tiles for dwarf dwellings. They say the shadows on ramps are key to help people "understand what has been traditionally a very confusing part of the game."

"The artists have done a great job with preparing shadows and shading to indicate that those ramps go up, and not down. For any of its faults, the upward triangles did give us that, and now we have it here. We'll do some additional work later on in the process that further bolsters the three dimensionality of the game."

As for the fort in the screenshot up top, there's a log pile and carpenter's workshop outside and a mason's workshop, a metalsmith's forge, and a meeting hall inside. Bay 12 specifically point out that you can see the meeting hall walls have been smoothed out since dwarves tend to prefer that for bedrooms and whatnot. 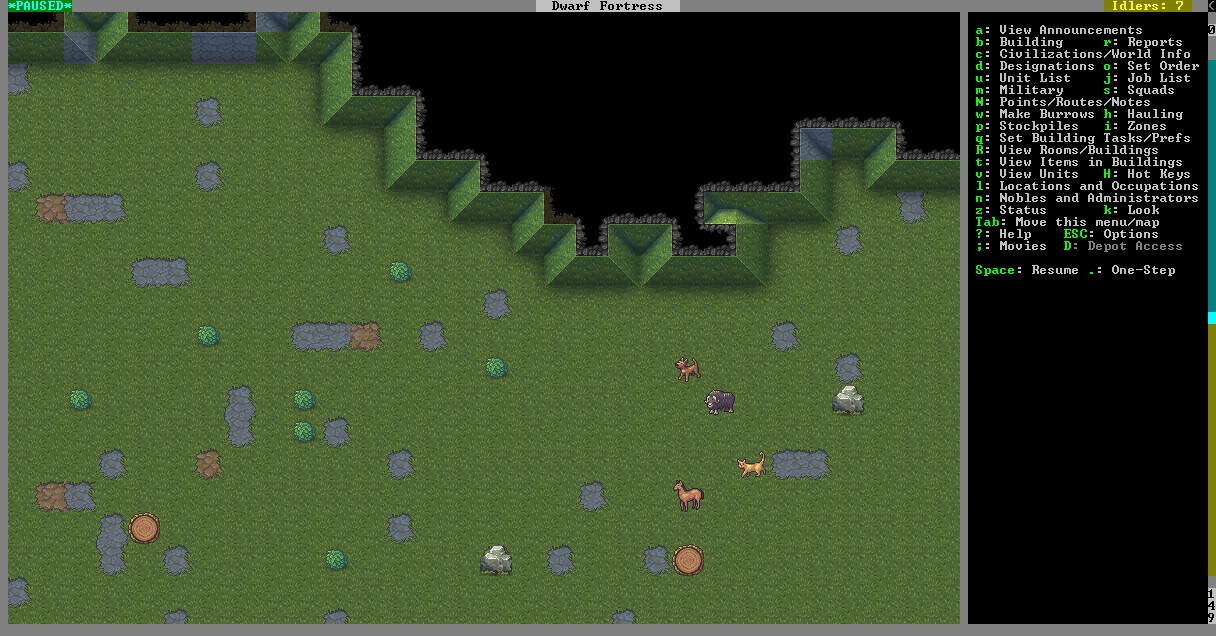 Players have been making their own tilesets for Dwarf Fortress's free version for ages. The official new look is coming as a bonus for the paid version of Dwarf Fortress eventually coming to Steam and itch along with some other new bells and whistles. It'll still be free (sans new graphics) on Bay 12's site, but this ginormous world simulator has been a labor of love for the last 17 years so tossing the creators a few buckaroos would be pretty grand.

You can find a couple more screenshots of the in-progress tilset in Bay 12's post.

If you're curious what's so fun about the wacky, overwrought simulation, check out Nate's long-running Dwarf Fortress Diary: The Basement Of Curiosity.