Recently, the MOBA juggernaut League Of Legends introduced a new feature, called Eternals. Billed as a way to “highlight your accomplishments and prove your mastery”, they are essentially stat-trackers for individual champions that you play, allowing you to document both basic accomplishments such as your lifetime number of takedowns on your chosen character, as well as more champion-specific achievements, such as the number of kills secured using big boy Garen’s ultimate ability of calling down a massive sword from the skies.

As the more desirable, champion-specific Eternals are only available for real money and cannot be earned through in-game grind, it is easy to be cynical about this entire “highlight your accomplishments” thing. After all, the language of self-expression is often used by video game marketing teams to convince players that the real way they should be expressing themselves is through consumption. Capitalism, ho! It is never about you. It is always about your money.

But - but - that is not the full story. What if Riot Games actually care about your ability to express yourself? Really want you to be able to put your proud achievements on public display? What if League of Legends really is about letting you live out your dream of being your best self? 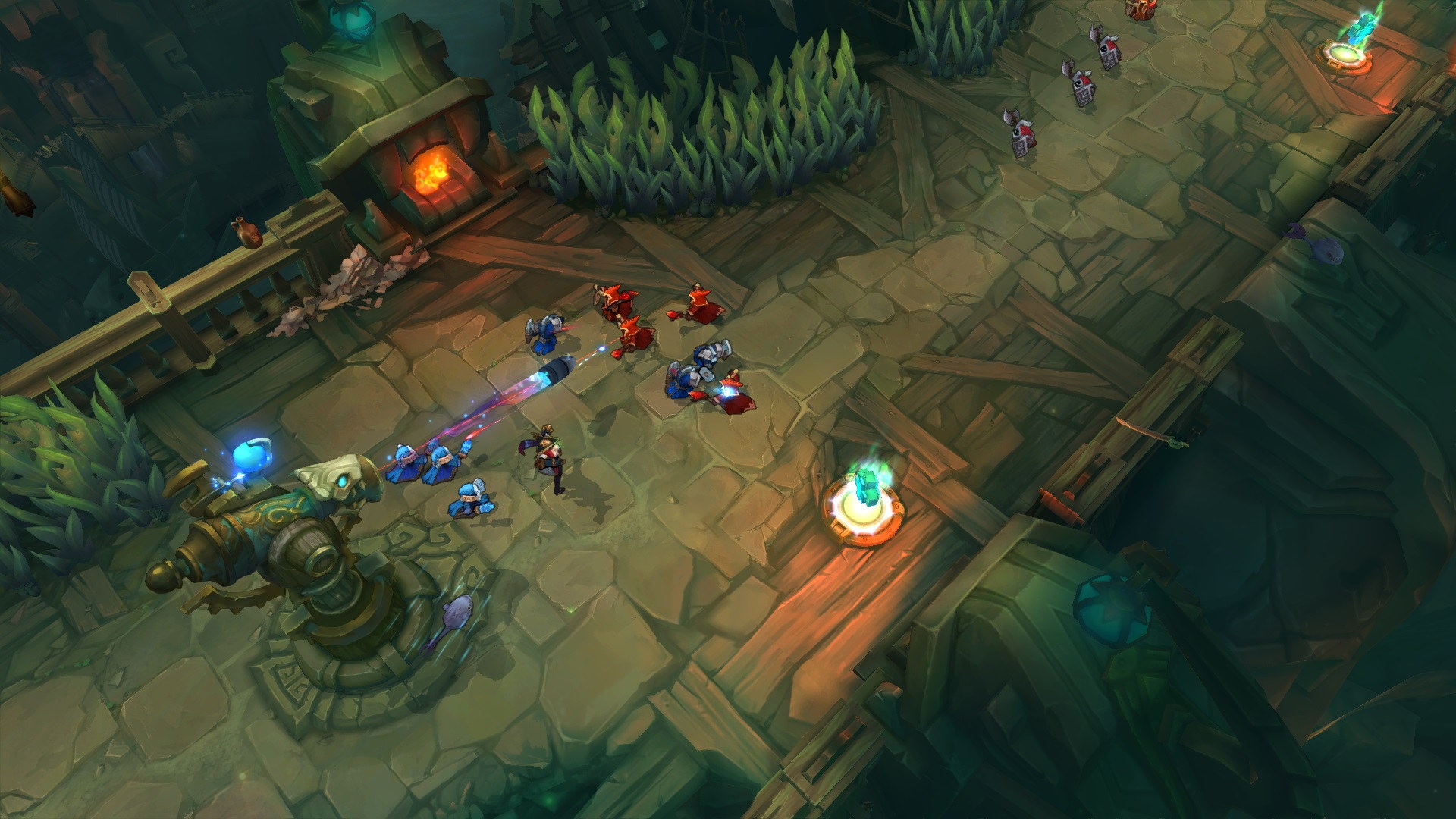 What I mean by that is that LoL is a game that - for all the perennial complaints form its players about restrictive meta-games and poor balance - really allows you to choose the way you want to play it. From the choice of your strategic role, through the selection of individual Champions you want to main (as becoming good on any of them is always an investment of time, sometimes very significant), all the way to your preferred playstyle and aesthetic (as the vast selection of skins allows you to further customise the way you appear; hell, sometimes even choosing not to use a skin at all can be read as a statement!), League constantly offers its players a choice.

Of course, some of those choices are false ones. For example, there will always be champions that are weaker than others, and that make it more difficult for you to win you play them. But even that can be a further enticement: there is a wicked sort of pride coming from taking a champion that is considered weak, or not suitable to the role you're playing, and then absolutely smashing with them. It makes you want to play more

That's precisely why the choices are there in the first place. They're meant to keep you playing. On one level, they keep the game fresh; LoL is vast and complicated, and sometimes just going for a different item build on a single champion can lead to a completely different experience. There's always more to explore and more to master if you make League important to you. And it's really easy to make it so.

Because the same choices also make the game your own. They're there so that if you own them, you feel like you’ve put a part of yourself in the game. LoL is both very competitive and highly social (even if you do not - as I heartily suggest - play it with people you know and trust). It's a public space of sorts, which you enter to show your mastery. Even though the champion and plastyle you pick is unlikely to be your personal avatar, it's very easy to make it a part of your personal expression. It says something about you. About the way you want to play, but also (perhaps indirectly) about what you want to prove to others. Do you want to show your mechanical or tactical skill? Do you want to be the rock, a stable presence for your team? Are you here just to goof around? There's a champion and a playstyle for that.

What it results in, is a game that's very easy to invest in, in a very personal way. It's not necessarily that League is important to players' identities outside the game, but more the other way around. Of course, this is never a one-to-one translation, and also shows the breadth of identities there to be expressed versus which are made invisible (if I wanted to show before others as an Alpha Dude, League lets me choose from between Righteous Alpha Dude, Edgy Alpha Dude, Metal Alpha Dude and so on, so on; but if I want to play someone who represents that I'm trans well, I’m shit out of luck). Bottom line: it's very easy to put a part of yourself in the way you play League. It is perhaps the capacity of the game to facilitate such investments that contributes to its enduring popularity.

It is also why the game will, every so often, break your heart. 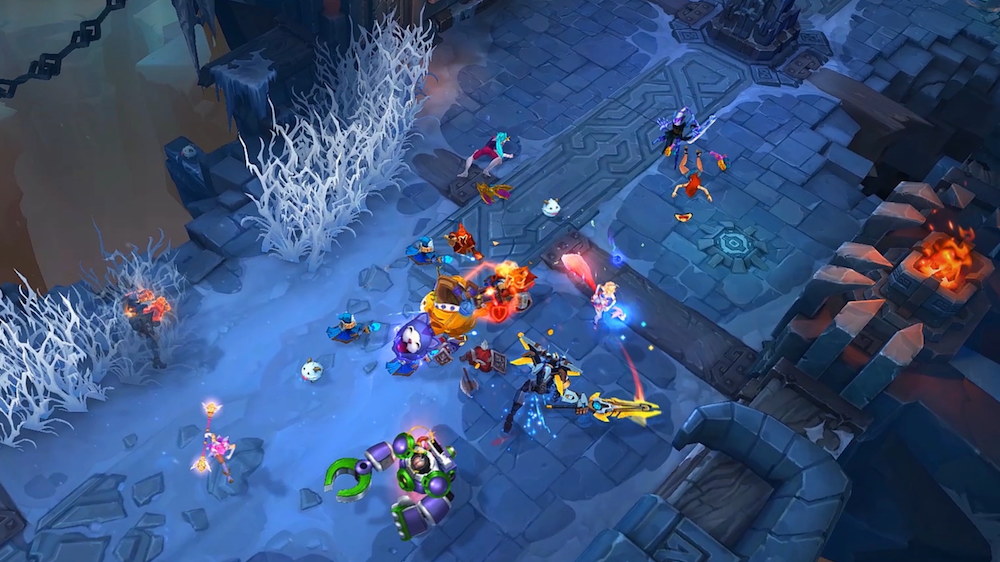 That video games offer people a chance to vicariously live out their best selves is not a new observation. But your best self can mean something other than just being a shredded dude with a mini-gun on each arm and a hot babe waiting at the end of the level. As a popular internet joke goes, sometimes the biggest power fantasy in gaming is being able to press a button to do what you want. How powerful this feeling can be need not to be explained: after all, many of us are intimately familiar with the soul-crushing feeling of wanting to do something and then not being able to. Of mashing your real life buttons and having your self fail to respond to the inputs.

Much has been written about the immensely lousy experience of being stuck in a losing game of League. Matches can go long - 30, 45 minutes - but are often decided far earlier than that, leaving one of the teams stuck in a losing position from which it is not technically impossible to recover, but very unlikely. You still have to play it out, as do the other players on your team. But you do it in an atmosphere of powerlessness, of knowing that no matter what buttons you press, you are very unlikely to press them well enough to turn the tide. It’s like being stuck in a room with a bunch of people who would rather be anywhere but here, and with anyone but each other.

And the thing is, you are also stuck there with yourself. 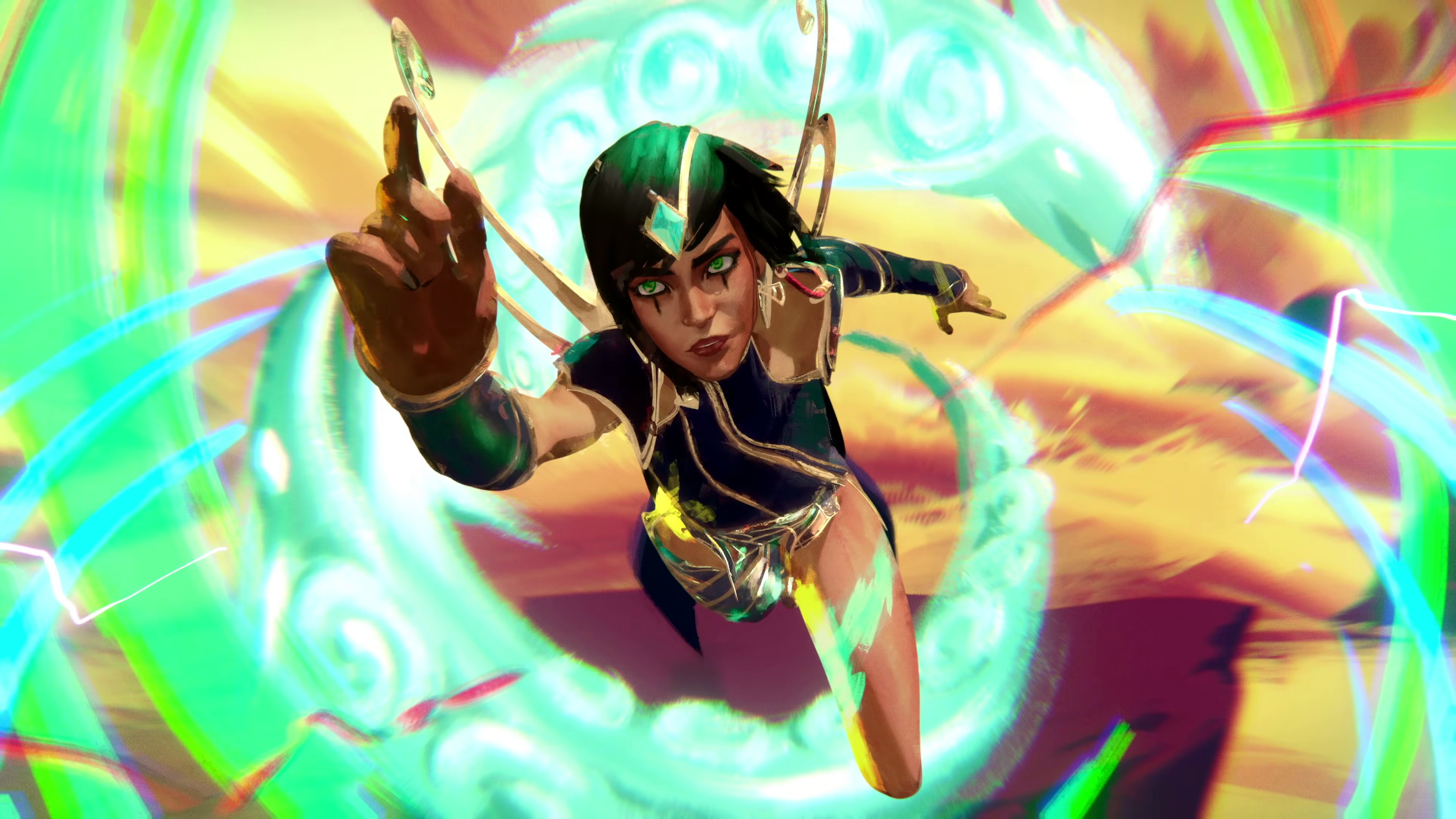 When you've invested parts of yourself into the game, losing gains a new edge. Losses in League sting all the more when you pick your best champion, your favourite skin, use your personal playstyle... and still get crushed by the enemies. It's not just that you didn't perform, it's that you've failed in a way you specifically chose, and are therefore complicit in. And you've done it publicly and visibly! And you are still in that game, your scoreline a testament to your inability. You mash the buttons and nothing comes out but more disappointment.

It sounds dramatic, but it's also painfully real. I’ve had friends reduced to tears when they couldn’t perform to their personal best standard in League. I’ve had long games with good colleagues our initially high spirits slowly transformed into catty, barely restrained frustration at each other for fucking up, but really were mostly interested in getting angry at our own selves. Honestly, those experiences were easily awful enough to make anyone want to stop playing the game. Its highs may be high, but its lows can be emotionally disastrous.

Eternals that track your accomplishments and mastery can just as well be a badge of shame. A reminder that you are worse at what you put yourself in than you wanted to be. But that too is a form of investment. That makes you want to play more to prove that you can be your best self, at least in video games. But it’s a bitter feeling when you find out you’re not.