Oi, you. You saw that Hyper Scape was a battle royale game and immediately lost interest, didn’t you? That’s fine. I understand. But I still want to try and tempt you specifically, because it feels so very different to every royale I've battled in so far. There's very little of that meditative nonsense. No quietly stalking through fields, or merrily yet slowly looting your way up to a deadly loadout. This is all guns all the time, baby - when it's not all skyward leaps, groundpounds, teleports and bouncing metallic bubble shields. It makes Apex Legends look like a snail on valium.

If you do like battle royale games, I think it already goes without saying that you should check Hyper Scape out.

It's set in virtual reality, which I like. The map's a dense sci-fi city, with tall buildings and jump pads that make me itch whenever I'm stuck on the ground. The ground is for losers, and people will probably shoot you from above. There's no enclosing ring of death, like you might be used to. Instead sectors of the map vanish at random, as a plague of triangles infect the street. It's a striking effect, and the second best approach I've seen after Battlefield Firestorm's terrifying ring of flame.

The shooting feels a whole lot like Quake. By which I mean it feels like Quake Champions, because I'm a proto-being and that's the only one I've played (apart from that one time at a company party where I beat up disgraced ex-RPSers Alec Meer and Kieron Gillen). There are assault rifles and submachine guns, but also several grenade launchers and a big one shot rocket. 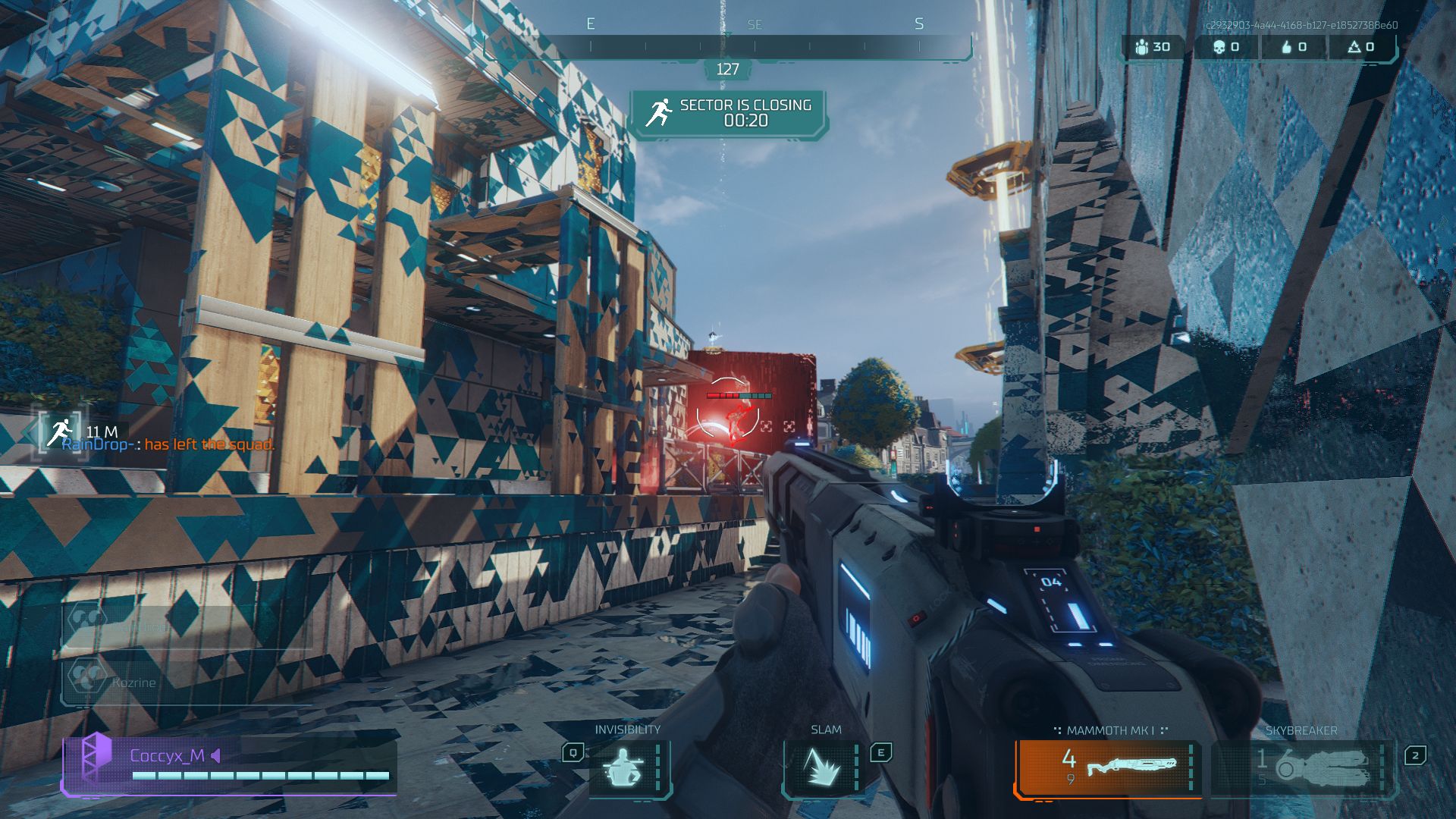 You jump about a lot. You DOUBLE jump about a lot. Many weapons can deal heavy damage very quickly, but only if you can track a fast-moving and often distant target - and only if your target doesn't immediately turn the tables with an ability. Those are important. Even more important than in Apex Legends, where long cooldown times and lower mobility (lower! I know!) mean they often play second fiddle to straight up shooting.

I think that's why I'm so taken with this, and a large part of why it feels so different. Rather than being tied to specific characters, these abilities are scattered around the map as upgradable pickups. You can snag them again up to four times to decrease their cooldowns, and sometimes add extra damage (with a similar system for guns that increases magazine size). You're allowed two of them, which gives a distinct flavour to every life.

In one game I played a sneaky tracker, rendering myself invisible while firing out a broad tracking beams that let me see players through walls. In my most successful round, I ran with a slam attack that launched me ridiculously high in the air before ramming back to earth with a big AOE damage blast. I comboed that with Shockwave, which also let me leap high into the air, but knocked enemies around and did burst damage. In my most silly round, I spent much of my time bouncing around inside a big metallic hamster ball. 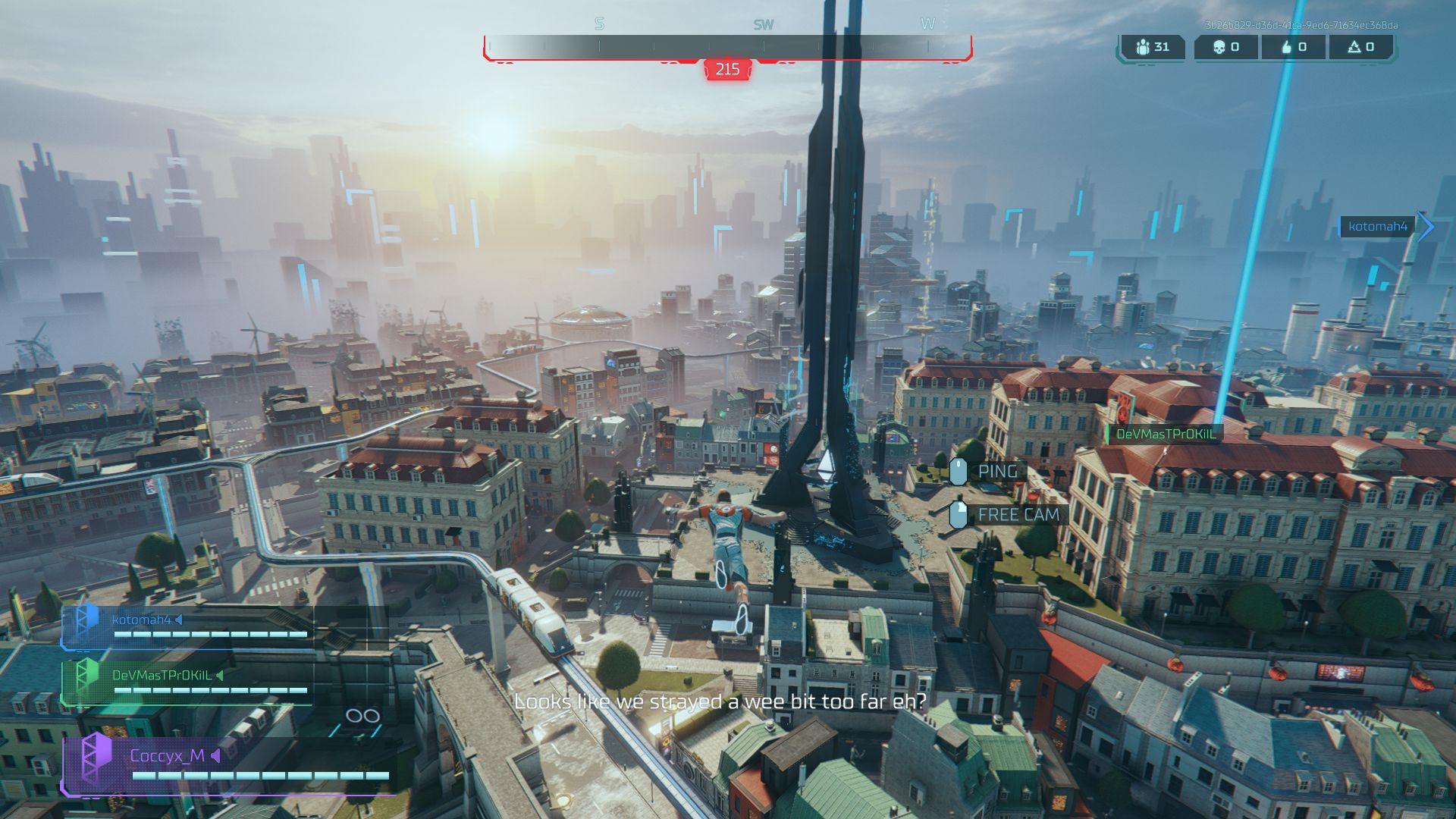 Here is the best thing about the big metallic hamster ball: you don't take any damage while you're inside it. You also get to shoot into the air and quickly ping about between buildings, but not taking damage is huge. Hyper Scape has regenerating health, and it kicks in quick. That turns combat into cat and mouse chases where you take turns giving each other the slip, constantly conscious of when your prey might turn predator. Well-timed abilities are key to that, offering an array of escape routes. I'm enamoured with how often they mean I can escape from situations where someone gets the jump on me, though the invisibility power does seem a bit much. It makes you completely invisible for a good while, and seems like a get out of jail free card while other escapes are more situational and counterable. (I have since learned that invisible players make a very subtle whooshing noise, but I'm yet to see this matter.)

It's not a huge deal, though. Combat revolves around these abilities, and it can be magnificently silly. I can't resist going for that groundpound whenever I find it, largely because I always wind up in glorious games of chicken with fellow slammers, where we both soar into the air at once like anime superheroes. 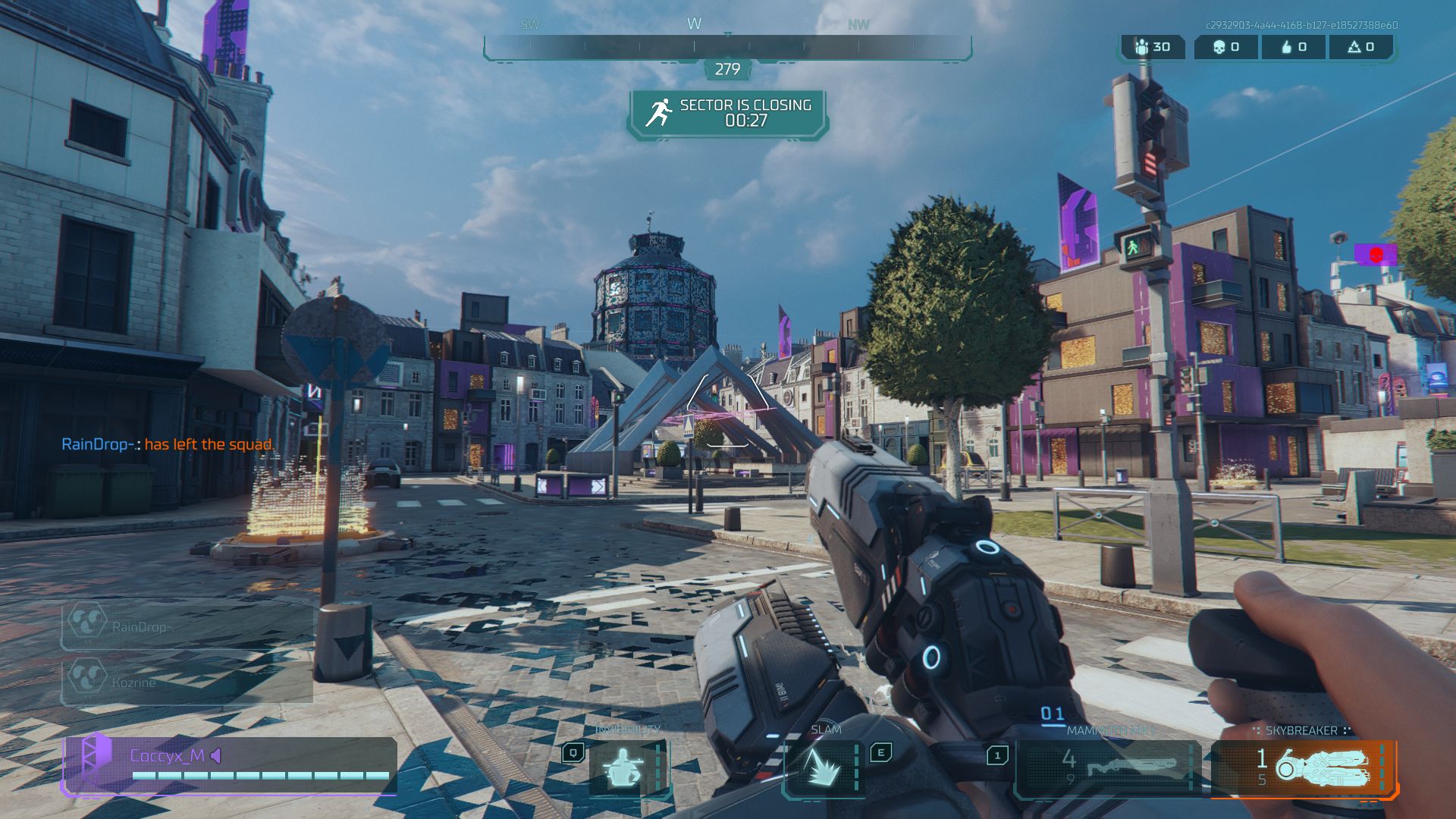 I've only reached the end of a round once, so far, but it thrilled me. That's partly because I'd forgotten how being amongst the last few players alive in a battle royale game always gets my heart pumping, but it's also because of the novel way Hyper Scape approaches victory. Once all sectors have been removed but one, a crown spawns. If you can grab the crown and escape the arena, then you can win without landing a single kill. It's a delicious dynamic where grabbing the crown too early seems suicidal, but refraining leaves you with the constant fear that someone will swoop in and snatch a win from under your nose.

Apex Legends weaved in hero abilities to the battle royale formula, and I once raved about how much I liked them. At the moment I'd say I like these even more, though I realise part of me is swooning at their their novelty. Still, though. This is so fast and so different, and so very much worth playing. You can grab it for free here.