As we were waiting for an update to download, I realised that my dad’s love for mushrooms has been an accepted fact throughout my life, and so I have never bothered to ask him why. So I asked. “It’s The Hunt,” he told me. He did not know the name of the video game, but I heard the capital letters. “You don’t know where you’ll find them and what you’ll stumble across. And they’re beautiful! They’re artistic! And edible! What’s not to like?”

Well, we were about to find out.

For some reason that is far beyond me, the game required 15 minutes to install an 11MB update, so I got to chat with my dad about mushrooms some more. It was nice! I found out that collecting mushrooms and selling them, like in Morels: The Hunt, could be a legitimate career, apparently. “You could make loads of money selling them to posh restaurants in London,” according to my dad.

I asked whether he thought mushroom gathering was a better job than games freelancing, the job which I do. He is very diplomatic. After a long pause, he said: “well, [mushroom hunting] is very seasonal.” 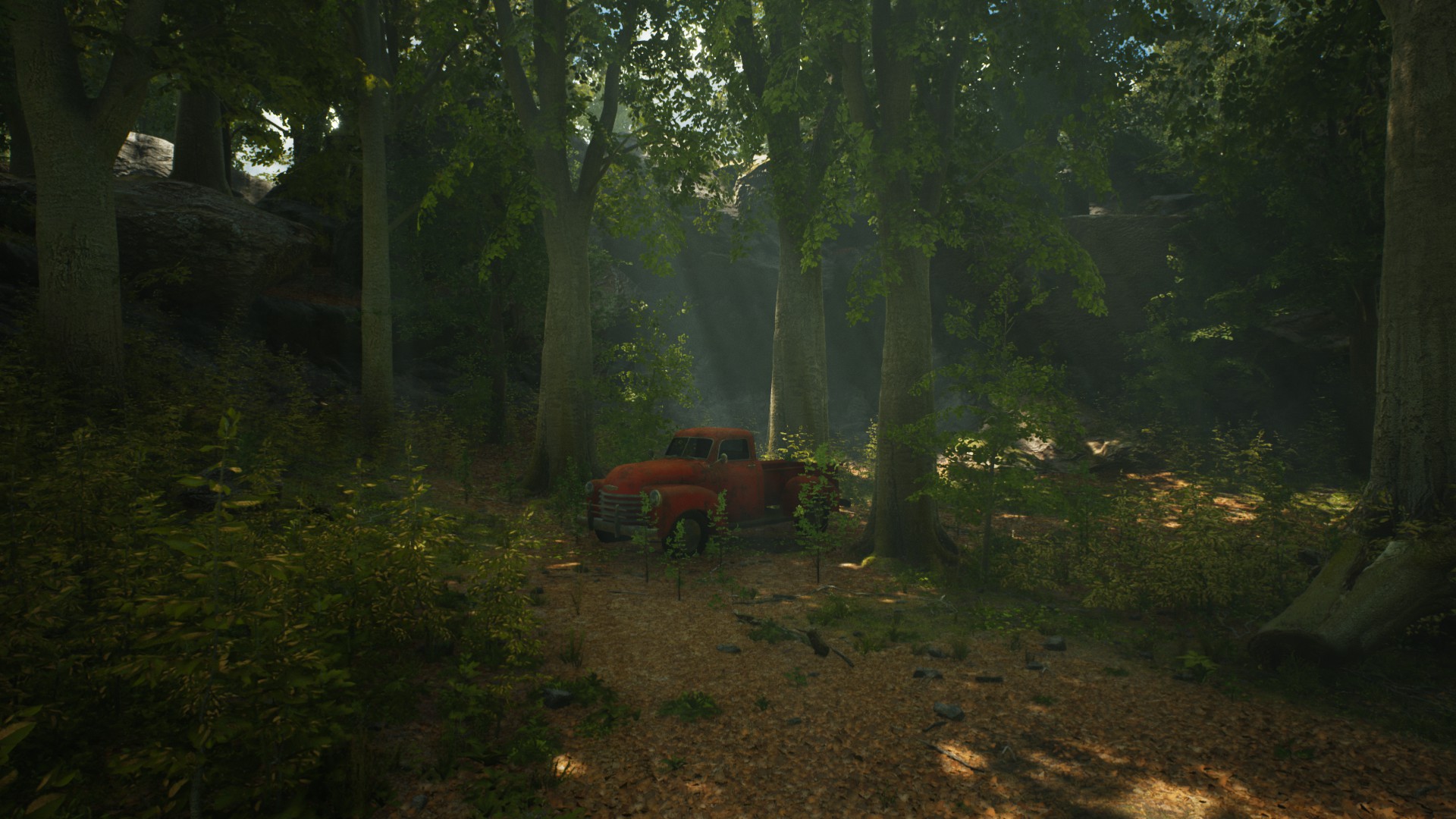 Through this discussion I learned that morels actually flourish in the spring, which is not what I expected and also runs counter to the game, which puts them out at the same time as puffballs and chanterelles, species that are more commonly found in the autumn. I do not mind video game inconsistencies like this, but I feared that my dad would find it unprofessional. He did not. He is, as I said, very diplomatic.

Once we finally got into the game, my dad suggested that we look in humid places like heavy leaf litter near the top of the creek. His instincts were 100% correct, and we found a precious morel immediately. I have no idea if this is intentional placement on the developers’ part, but my dad did suggest that if we came back to the same place the next day, there would be another morel there, and that is indeed a feature in the game. So perhaps there is some realism to it, in which case I recommend that you all hire your own mycologist to help you improve. 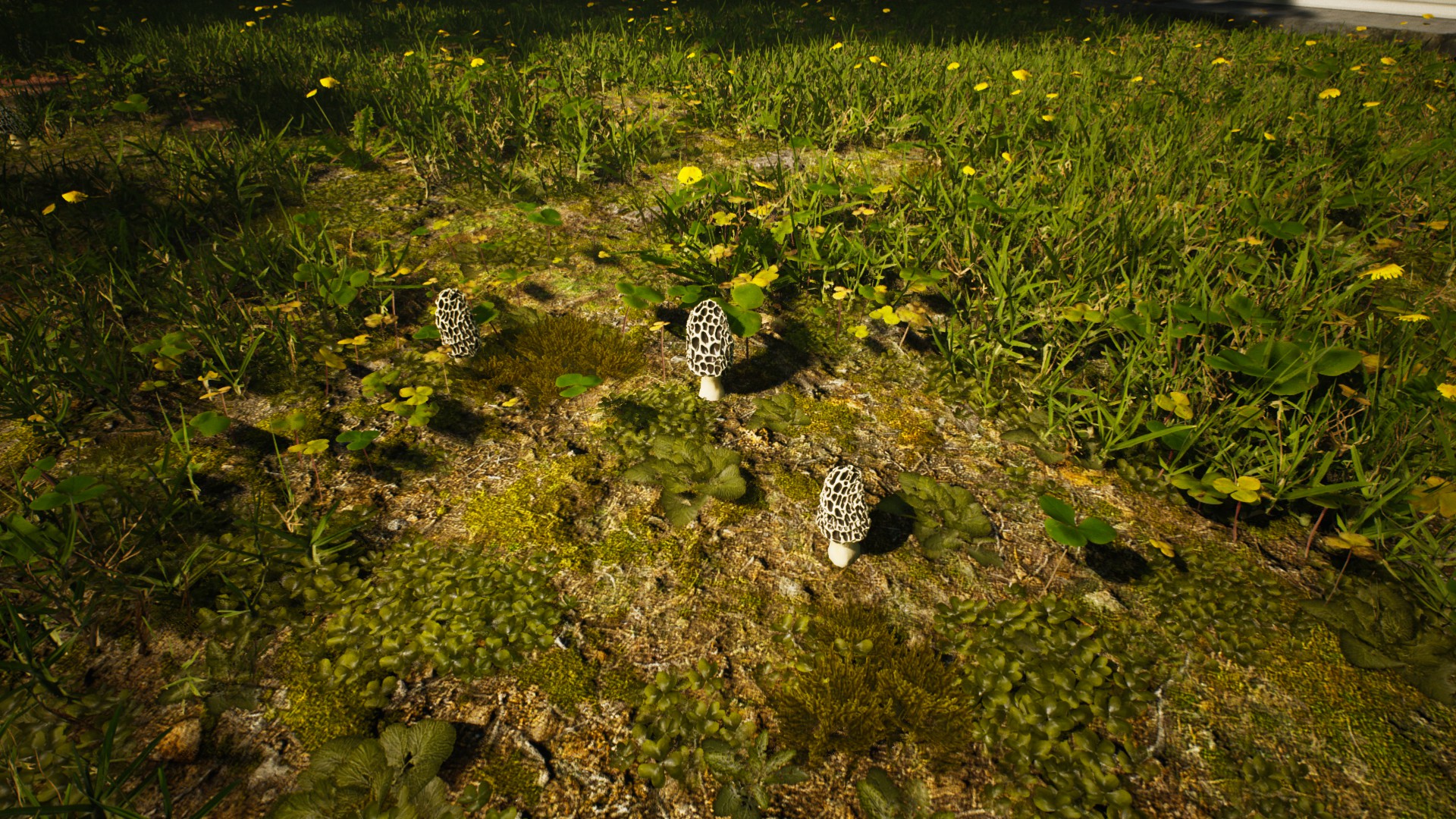 Unfortunately, this cheerful outing was soon spoiled. We got bitten by a tick. I had no way to remove it because I had used all of those items when playing alone and not purchased any more with my morel profits. My dad criticised me for not using bug spray in a way that made me feel genuinely chastised because as well as being a mycologist I borrowed to make a funny post online, he is my actual father. It is possible we were both taking the video game too seriously, spurred on by our immediate success in finding a morel.

A tick bite in the game drains your energy, a meter that I had never really had to pay attention to before. It also permanently puts this big sticker over your screen. It likely would have been fine had we not walked straight into poison ivy immediately afterwards. I did not have a cure for poison ivy, either. 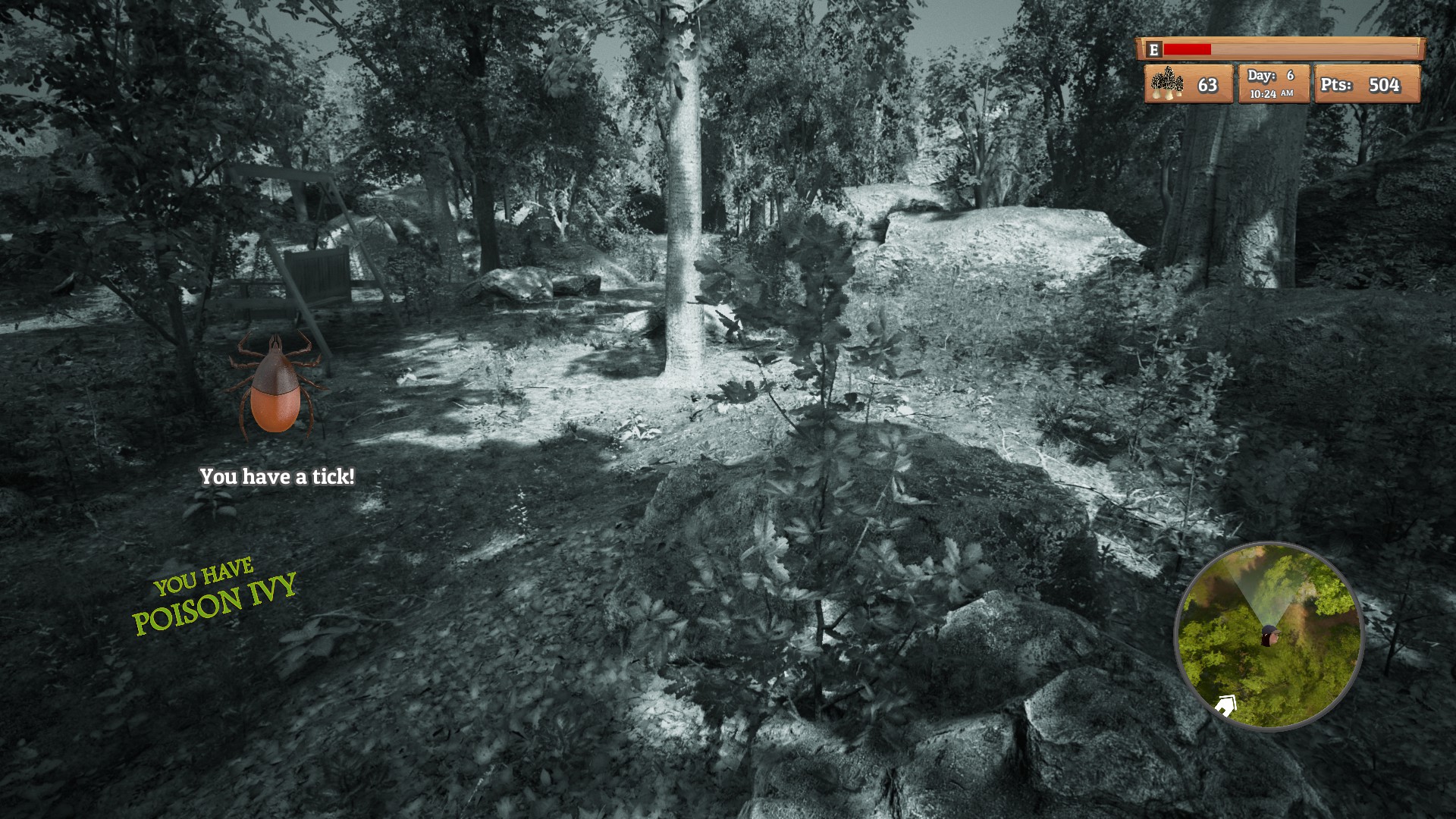 As well as having its own annoying sticker, being inflicted with poison ivy stops your character every three or so steps to make you itch. It, too, drains your energy. Pretty soon the screen went black and white and we crawled into a shack in the woods to, I assumed, die.

Luckily, it turns out that you do not drop dead in Morels: The Hunt, which makes sense in such a carefree game. (I got stuck in a river in an earlier session and the game cheerfully told me “you nearly drowned!” and set me back on the bank unharmed.) After some time sitting in the corner of the shack we walked back to our hut to rest up for the next day. The only negative was that we were unable to pull out the camera, a fact that the animals seemed to know. Foxes, rabbits, deer, and birds flocked to us as if to mock our inability to capture them on film.

We decided to play another day. I even bought bug spray and first aid. Unfortunately, it was raining. My dad hates rain almost as much as he loves mushrooms. Fortunately, it was a video game, and he did not actually have to get wet. He agreed that this was a positive of the digital experience over the physical. I may finally be winning him over.

We found a whole cluster of chanterelles on a rocky slope, just as my dad predicted they would be. He was pleased, and told me it was very realistic that they grow in large numbers. We did only find one morel, which sat lonely on our table at the end of the day, hardly enough to pay for the bug spray I’d bought to avoid getting told off again. My dad didn’t seem to mind, though. Maybe the real morels were the father-daughter bonding time we had along the way. 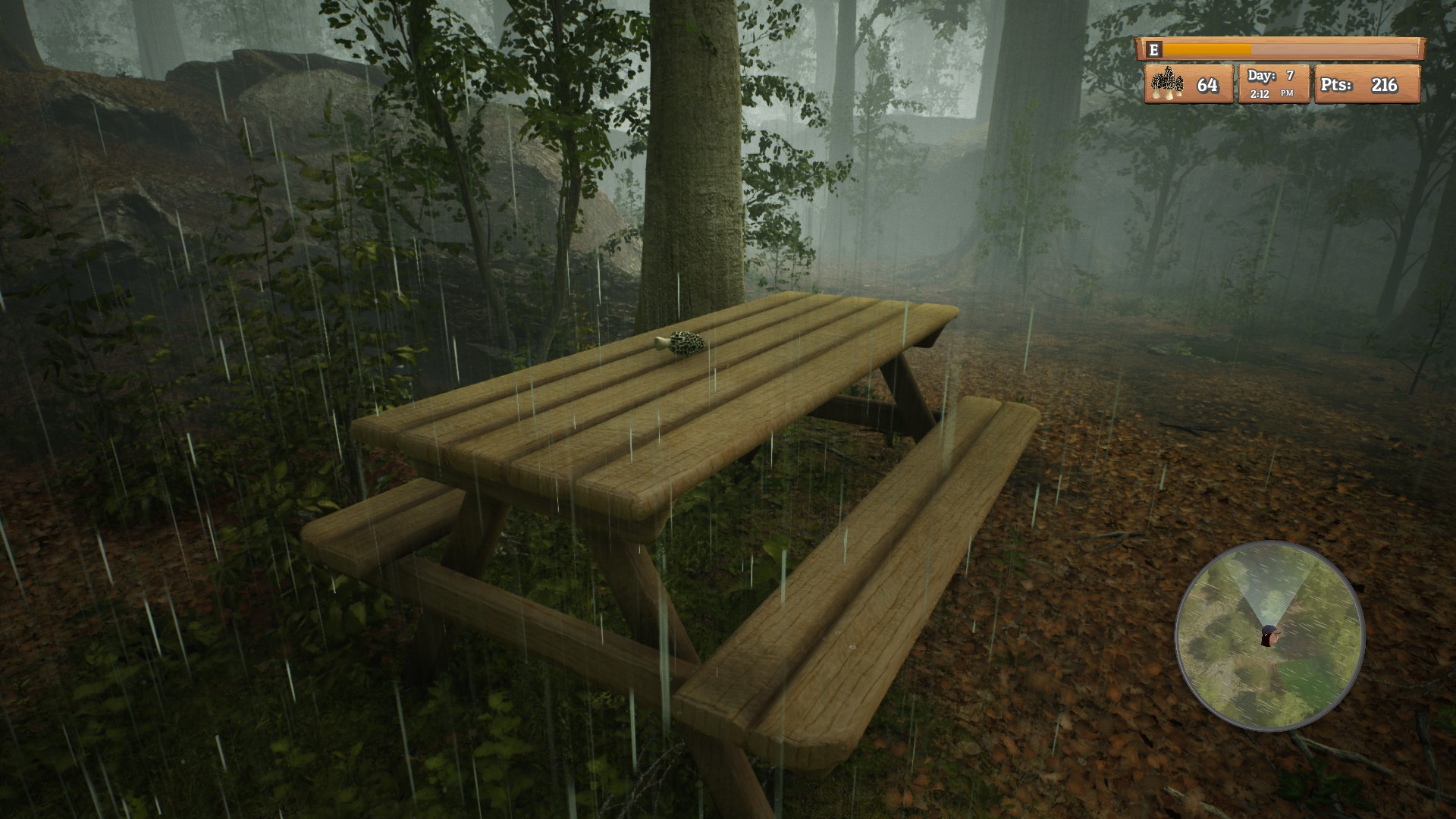