If there's a downside to living in the middle of the city, it's that fairs just really aren't a part of my life. But then, with the whole Covid-19 pandemic going on, it's not like there are many being held this year anyway. In place of their usual mud n' music happenings, however, the Oregon Country Fair In The Clouds has taken the 50-year-old folksy festival online, constructing an endearingly makeshift (and somewhat surreal) virtual arts fair that's free for everyone, local or not.

Clued-in as they are in small-town USA happenings, the Oregon Country Fair In The Clouds was brought to my attention by the folks at RPS fansite PC Gamer. They also must've checked in during peak hours - because while their reporting notes chaotic open-mic crowds, workshops and video-streamed performances, I was greeted by a surreal, lonely artscape.

That's timezones for you, eh? 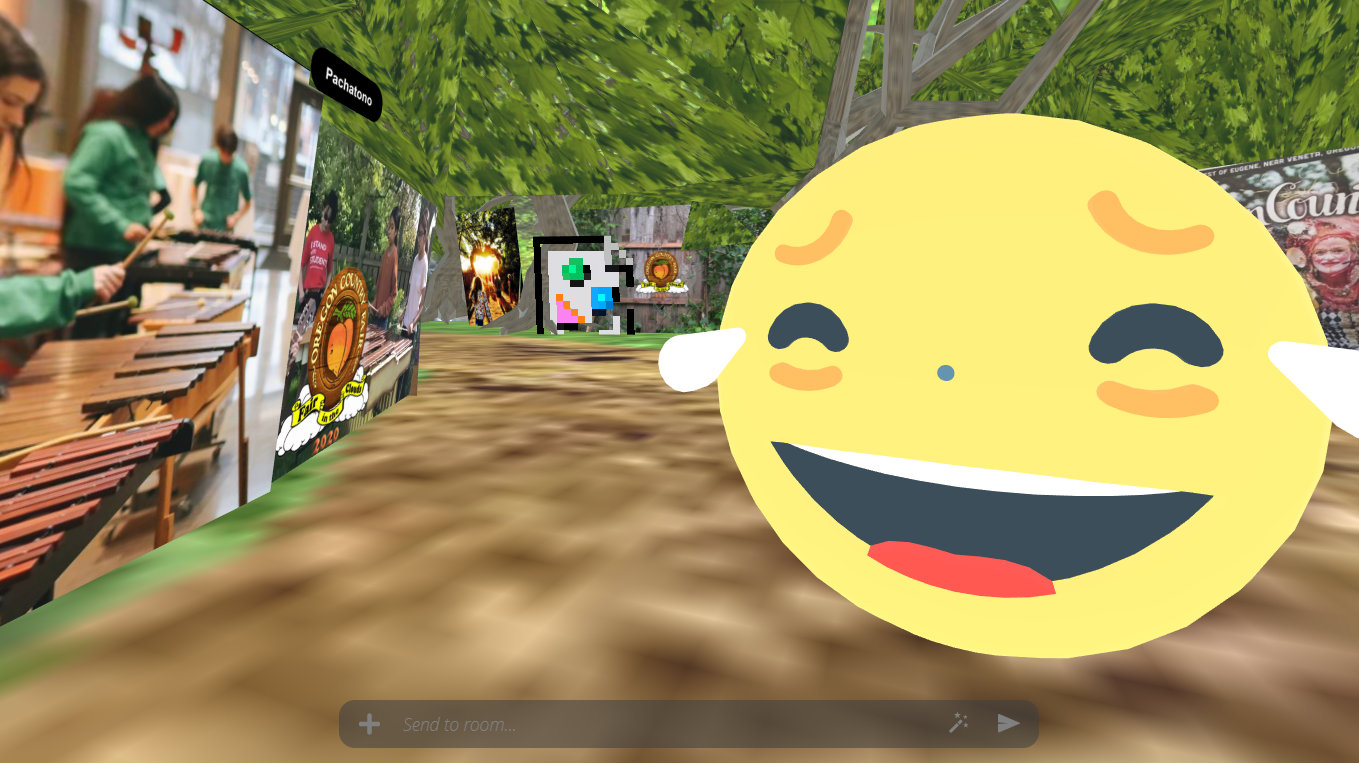 Built with Mozilla's Hubs Cloud tool for creating "immersive spaces", the Fair In The Clouds is a fascinatingly janky rendition of the Oregon Country Fair. While removed from its half-century location some 13 miles west of Eugene, OG, the virtual space aims to recreate the festival in its entirety with art stalls, walking spaces, murals and a full weekend schedule of talks, performances, poetry and workshops.

After sorting out a dumpy avatar and wrestling with the mic mute, I'm greeted by walls of JPEGs funnelling me towards the Peach Gate. While the obvious comparison is with Second Life's user-generated worlds, I'm more immediately reminded of Sok-Worlds' collage landscapes. Fair In The Clouds is similarly quaint, a world painted in a smattering of 2D billboards that hangs stock images next to paintings and photos taken from the fair's real-world analogue.

While there's a loose mapping to the actual Eugene location. I go to Dragon Meadow - a hub of sorts, where "rooms" can be visited by clicking on paintings nailed to a small approximation of Stonehenge. Behind that is a backpack drop, watched over by a dancing cut-out while a "Gumby for President" sticker lurks in the corner. I press the space bar to summer a giant cry-laughter emoji, which lurks in my field of vision for an uncomfortably long time. 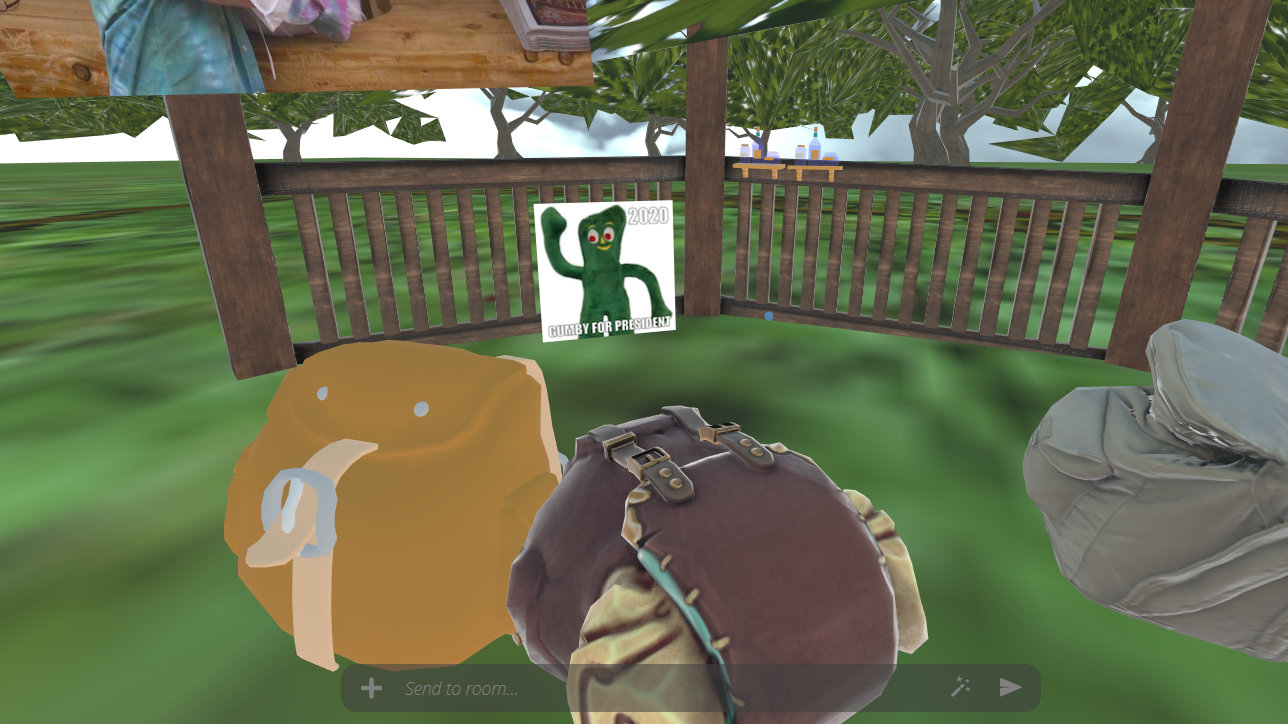 Eventually, I find my way to the main stage, deserted save for cut-out crowds. As per Sok-Stories, there's a remarkable talent in using flat images to build simplistic structures like fences and art booths. Festival boundaries are drawn in local healthcare resources and links to Black Lives Matter fundraisers as often as they are literal pictures of fences.

Right now, it feels like I've woken up too early - stumbling out of the campsite at dawn to see if the festival's portaloos have been cleaned yet. It's been maybe two decades since I was last at this sort of folksy fair in the woods, and maybe I'll drop by later on once the crowds get going. If you'd like to join me, Oregon Country Fair In The Clouds is free to visit in your browser all weekend.