So you’re on the lookout for an Interactive Horror Experience™ to play this Halloween week, huh? But you’re not a fan of action horror; you’d rather you weren’t holding a gun in your shaking fingers. Or perhaps you prefer your horror games to be something a little more unusual. Something a little outside the box. But you don’t want comedy horror! You still want to be genuinely unsettled, disturbed even, but the likes of Resident Evil 7 and The Evil Within aren’t quite right for you. Well that’s fine. That’s okay. Gather round, kiddies, because boy do I have some cool Halloween week recommendations for you which (mostly) fit outside the box of traditional horror games. They're all recent, all available right now, and even if you're a fan of all things fearsome, there should be at least a couple of surprises. 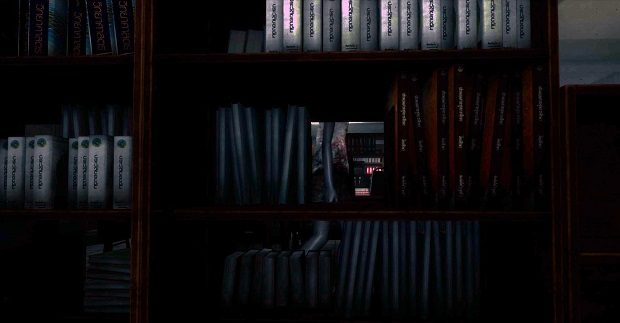 First up, we have Home Sweet Home and, okay, it's a fairly traditional horror game as far as things go. But you haven’t played it, have you? And by that I mean, it wasn’t on Adam’s list of the top 25 horror games and nobody else around here had written about it so I took the initiative because I think it's great.

It’s a Thai horror game where you’re armed only with a flashlight (and it’s one of those good ones that don’t run out of batteries, thank the (possibly dark) lord). You play a guy whose wife is missing and wait no come back stay with me. It’s really interesting and cool. You’re pursued by various ghosts based on Thai myths and legends, and you have to sneak, hide and run to avoid getting stabbed, crushed or eaten. And it’s scary. Really bloody scary.

One early section had me creeping around a classroom while the ghost of a woman, who from what I can gather had died from being cursed with spectral nails planted inside her stomach, stalked around looking for me. The rasping calls of ‘where are you’ are utterly haunting, and the situation came to a head when I finally darted into a safe room only to thoughtlessly interact with a radio, from which chanting began to blare, summoning the ghost to my location. I quickly hid in a locker as she stalked around looking for me, and damn if I didn’t evade her undead gaze.

It’s filled with moments like this; stealth is tense without being irritating, and it’s very free-form. The peeking mechanic allows you to poke your head around cover to check for ghosts, but you still have to be aware of them being able to see you when you do that, something I discovered in one terrifying instance that involved a lot of screaming and running. It looks real nice too, with some cool slower-paced narrative building sections and a few puzzles here and there. One of the better traditional horror stealth games I’ve played in a while. 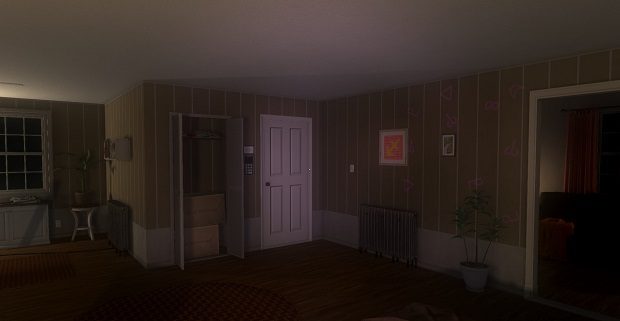 The Initiate is another first person horror game, but this one’s somewhat different. It’s a particularly good Escape the Room game, with lots of rooms to escape from, many of which have blood in them, so you know some bad shit went down there. You’ve been kidnapped and tasked with puzzling your way out of this sinister house, which is frankly a lifelong dream of mine. Puzzles are intriguing and cerebral, with every square inch of the house filled with riddles and challenges that slowly reveal themselves as you piece together solutions.

As you explore and solve puzzles, you’re taunted by the voice of a mysterious puzzle master echoing from the conveniently placed speakers. This, coupled with eerie whispers and a suitably menacing score, keeps the tension going even while you’re just scouring every inch of a hallway looking for a clue you’ve missed. The puzzles are suitably challenging too, so there’s plenty to keep the old grey matter working. If your favourite bit of Silent Hill was the piano puzzle, then The Initiate is definitely the game for you. 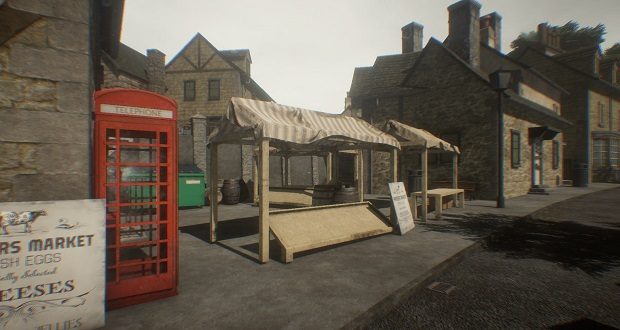 I’ve always wanted something like this: a murder mystery that puts you in a game space with the instruction to investigate a crime and come to your own conclusions. And that’s it. No specific goals, no indication of when you’re finished. Just you, a camera, a notepad, and a cold case just waiting to be solved. Painscreek is a ghost town, although not in the sense of Halloween spookiness. All the residents moved out years ago after the town went into a decline following a series of deaths. As Janet, a plucky young newspaper reporter, you’re tasked with visiting the town on the eve of the land being auctioned off, and seeing if you can solve the murder that baffled cops for decades.

Painscreek is a quaint, American village in the middle of the countryside. As you stroll through the deserted streets, it’s easy to imagine the tinkling of a bicycle bell, or the chatter of residents as they sit in the tearoom courtyard. The place is devoid of life; in fact, the only port of of call the game nudges you towards at the start is the cemetery, a location that sums up the town in one perfect line of headstones. Doors are locked, cars are left abandoned; there’s a real echo of Pripyat here, a murder in a small town having all the impact of a colossal explosion. And it’s up to you, quietly, alone, to dig through the former lives of these people, unlocking long-sealed buildings, digging up old truths, and hopefully reaching the right conclusion.

It’s spooky in a melancholic, unusual way, and a really good approach to an interactive detective story to boot. Plus the game is so open-ended that you can just get straight back in your car, submit any old rubbish to your editor and hope he’s okay with it. Spoiler, if you haven’t backed up your conclusions with photographic evidence then you’d better watch out.

It’s clear where the inspiration for Distrust lies. An isometric roguelike strategy game set in the frozen Arctic, the game’s initial Steam store blurb simply reads: ‘Inspired by John Carpenter’s “The Thing”’. Just that. Nothing else. It’s a game in which your team of two or three polar explorers are stranded in an icy base, and between the inspiration and the title, it’s pretty easy to figure out what's going to happen. Except, uh, the whole distrust element of The Thing is completely absent. While Carpenter’s movie centres around who is or isn’t secretly a shape-stealing alien, Distrust never touches on those themes.

That's a shame, but the game is plenty cool anyhow. It does have aliens, which are summoned whenever a character sleeps to regain stamina, although they’re by far the least interesting part of the game, floating around and generally being annoying rather than scary.

Distrust’s much stronger appeal is the aspect of survival in a harsh climate. Your team frantically scrambles from one building to another, the cold seeping into their bones, draining their warmth. Once inside a building there’s no guaranteed respite from the chill either; furnaces must be lit, generators must be fueled, and even on Casual difficulty, resources are few and far between. If a character gets too cold, tired or hungry then a random status effect can hit them: on one occasion one of my explorers developed random aggression, which caused her to yell swear words at every generator she saw, while her partner became colourblind, the game switching to greyscale whenever I was controlling that character.

These status effects gradually escalate, with the characters able to turn on each other, abandon each other and whatnot. It lacks the paranoid fear of Carpenter’s movie, but as a frantic survival experience it’s extremely tense in places, though it never quite lives up to its potential. 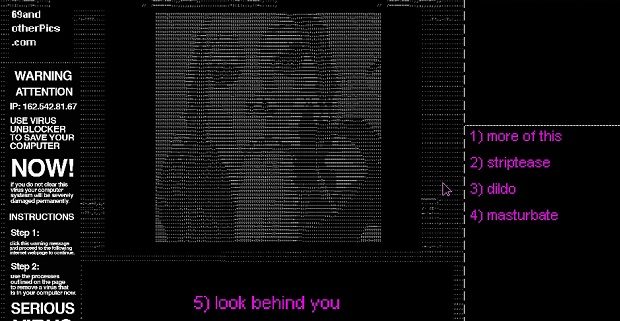 You Must be 18 or Over to Enter

Finally, here is a horror game in a very real, believable sense of the word. You play a curious youth in the 90s, seizing on parental absence to boot up the family PC, complete with delightful dial-up internet sounds, so that you can look at porn. All the while, you’re constantly reminded that your family could be back at any time, and if they caught you looking at filth on the internet… well, the consequences don’t bear thinking about. I’ve no idea what the consequences are, actually, because I never got caught. I guess I’m just super good at consuming smut on the down-low.

For more Halloween treats, check out our newly updated list of the best horror games of all time.