Magnificent monster-mashing mecha strategy game Into The Breach has added controller support, so you can now save the world while slouching on the couch. It's a rare PC strategy game that's suited for controllers, but Breach seems a fine candidate. Our Alec was excited when Into The Breach added touchscreen support earlier this year, say this was its "first step into ultimate perfection – becoming a game I can play while lying down." Now, for those of us without fancy touchscreen laptops, here's controller support.

"Play with any Steam supported gamepad with the UI designed with controllers in mind," Subset Games said in Friday's announcement. "Just plug in your controller and press any button when the game is running to switch to controller mode."

As well as being handy for couchslouchers, controllers can also be friendlier to some folks with mobility or dexterity issues. Grand.

Playing on my Xbox One controller uses the left thumbstick as a mouse pointer, with a little stickiness so it snaps to the middle of the nearest tile, then all the functions are split across buttons and the triggers. Here, click-clack this to see the controller interface: 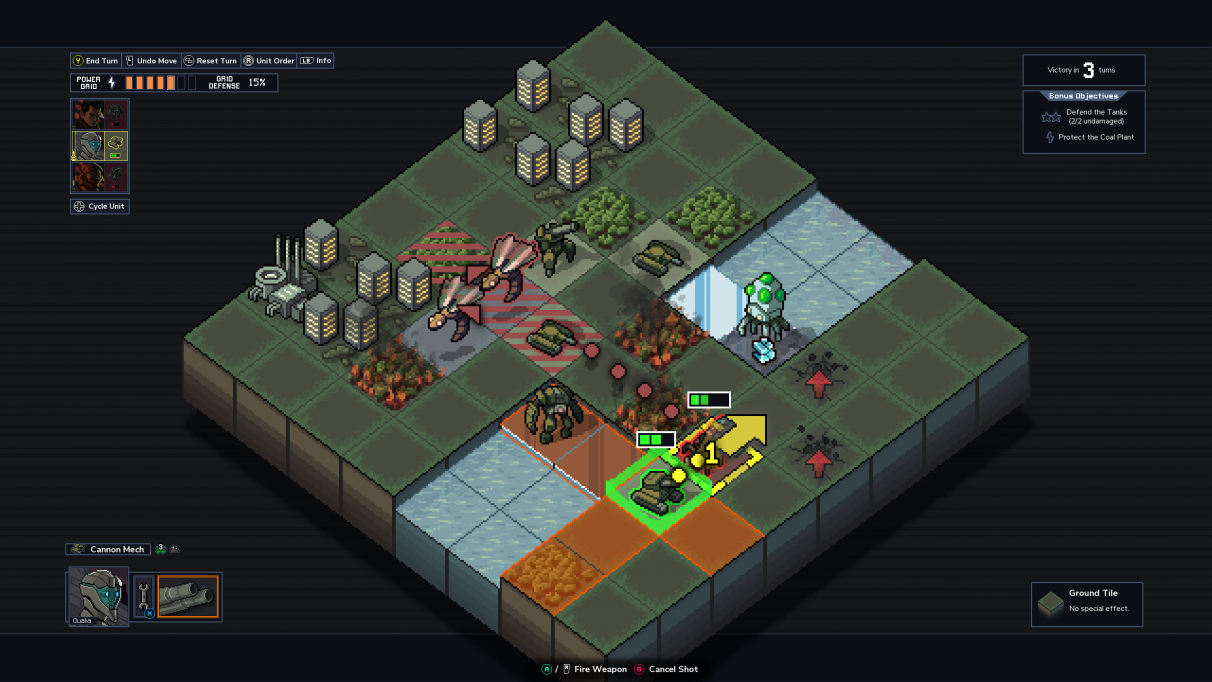 Subset do note that people who've previously used Steam Controller settings to trick the game into accepting a controller as a mouse will need to switch to the game's Gamepad option to see the proper controller UI. Noted.

Even I don't have much a sense of how our 'game of the year' voting will shake out, seeing as so many new Alices (and even some Notalices) have joined RPS this year, but I do think Into The Breach has a chance of claiming the top spot. That's an insider hint for those of you who play the annual Advent Calendar Guessing Game.