World Of Warcraft Classic has gotten a lot of love lately. So much so that it's become quite easy to miss the monstrosity of a game that is World Of Warcraft: Battle For Azeroth lurking just around the corner. But like the old gods it loves so much, contemporary Warcraft is plotting, scheming, and preparing to unleash another calamity upon the fantasy denizens of Azeroth.

Battle For Azeroth's next update, Visions of N'Zoth, brings a new raid, worldwide invasions and two quirky new races into the fray. Compared to all that, Classic's big new update is just a footnote.

Now that the whole battle for Battle For Azeroth is winding to a close, Blizzard are scaling things back with... oh, hold on, a massive new raid encounter and global catastrophe.

Ever the game for escalating stakes, World Of Warcraft's next raid is another attempt at killing god. But like, an evil god, so it's okay. Beyond that endgame, Visions of N'Zoth brings back spontaneous calamities with N'Zoth invasions tainting old zones a la Legion and Scourge invasions of expansions past. These come with new singleplayer instances to plug through, plus a reunion with Prince Anduin's shipping partner and sulky black dragon, Wrathion.

But beyond fanfic opportunities and even more content bloat, Visions of N'Zoth adds two more allied races to the pool.

The Horde, gruff and tough as ever, now have their first "cutesy" race with the Vulpera. These squat little fox-people appeared throughout the Horde questing zone of Zandalar, and have thrown their lot in with the faction. Expect to see oh-god-so-many of them frequenting the taverns of roleplay servers across Azeroth.

The Alliance, meanwhile, get the Mechagnomes, the largely fleshless progenitors of the hapless halflings we've come to know and love/hate. Think the Terminator but much, much shorter and you're about there. They've popped up across World Of Warcraft in various dungeons for years, but their home of Mechagon opened up as a late-game questing region later in Battle For Azeroth.

Now, you can't just jump in and make the foxy lady of your dreams right away. Allied races are a bit of a hassle, honestly, and require beating their regional questline and grinding up an exalted reputation with the associated faction (Voldunai for the Vulpera, Mechagon for the Mechagnomes). 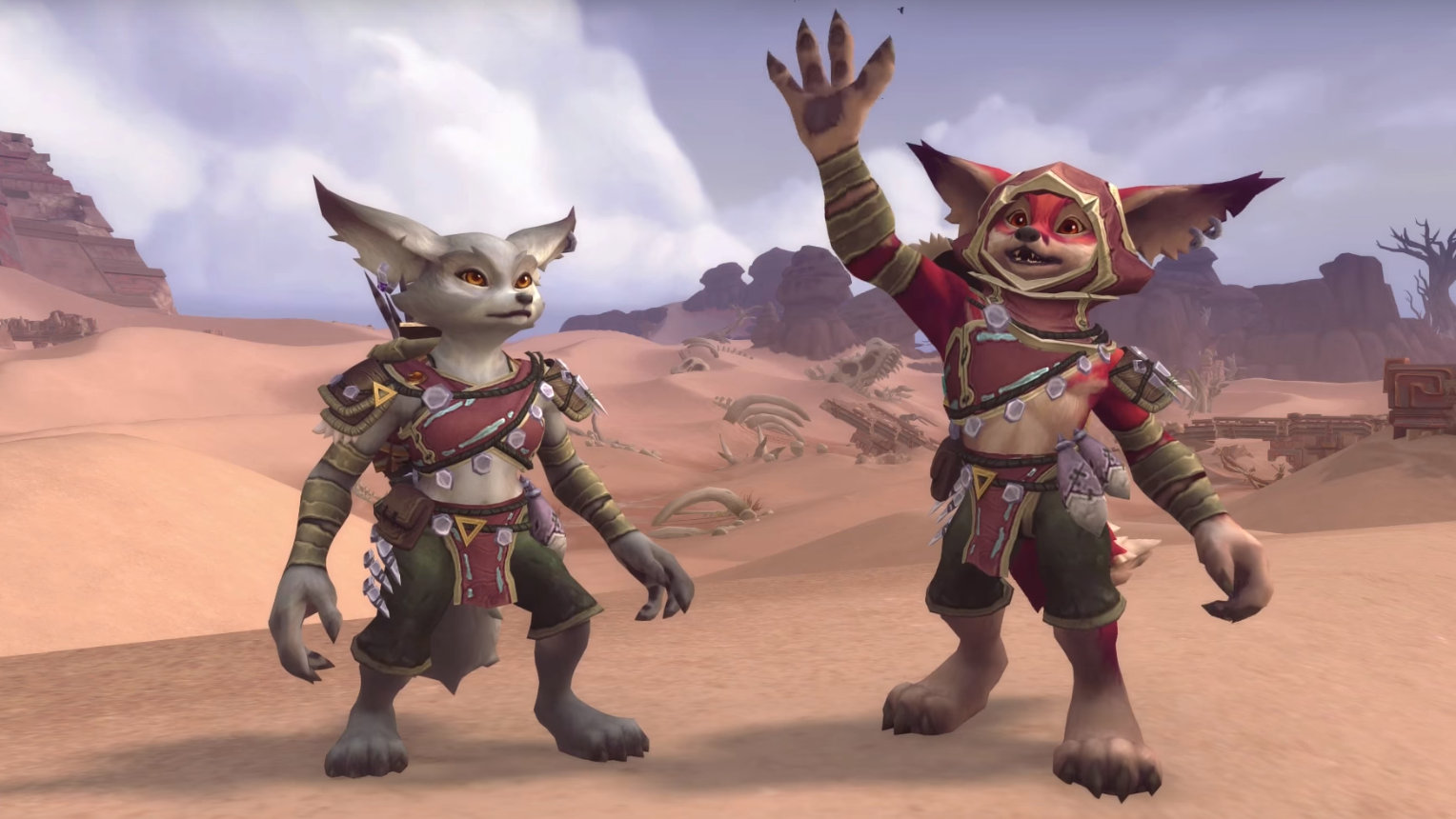 Visions of N'Zoth also adds two new sets of heritage armour for the Worgen and Goblins. These sets cut straight to the chase of Warcraft's highly-typecast races - naturally, the ever so British Worgen get a spiffing top hat. Just because you're a werewolf doesn't mean you can't look sharp for afternoon crumpets with the Queen, or whatever it is Blizzard believe the English get up to.

The update also overhauls the long-maligned auction house, reworks reward systems, and adds the customary overload of busywork to churn through on your daily and weekly routine.

That's a hell of a lot of stuff there for Battle For Azeroth players, but there's a quick bit of good news for WoW Classic players. While the bulk of "Phase 2" - World Bosses and the PvP Honor system - will still arrive on schedule later this year, Dire Maul will open its doors sooner than expected. Blizzard expect to release the elven dungeon on "the week of" October 15th.

There's currently no planned release date for Visions of N'Zoth, although it's free to poke at on the Public Test Realm right now.