I do love a good RTS from time to time. It's just that, well, I start to lose focus as soon as I'm juggling a dozen units or more, my perfect opening collapsing into a panic of select-all death balls. Fortunately, that's not a problem I ever see myself having in Sokpop's King Pins, with the Dutch indie rascals stripping the genre down into an adorably simple single-screen strategy puzzle for you and up to three pals.

It also may also, arguably, be the first RTS I've ever played that works best on a controller.

But even if I was never an Age Of Empires kid, the genre touchstones are immediately present. But like Warcraft 3 (a game I'm far more familiar with), I'm immediately building houses and workers to gather food, wood and gold, slowly increasing my population as I gain access to new buildings and units. Knight huts, wizard towers, workshops and more towers with which to defend my land.

King Pins, however, takes place on a comically tiny scale. Maps play out on chequered notepad pages, cramming my buildings into a tiny area of influence. There are 2, maybe 3 soldiers in my army when I make my attack on red, and amassing even that many takes a good deal of waiting. All it takes to win a match is assassinating the enemy king - once we corner him in the berry bush, the entire red empire goes pop. 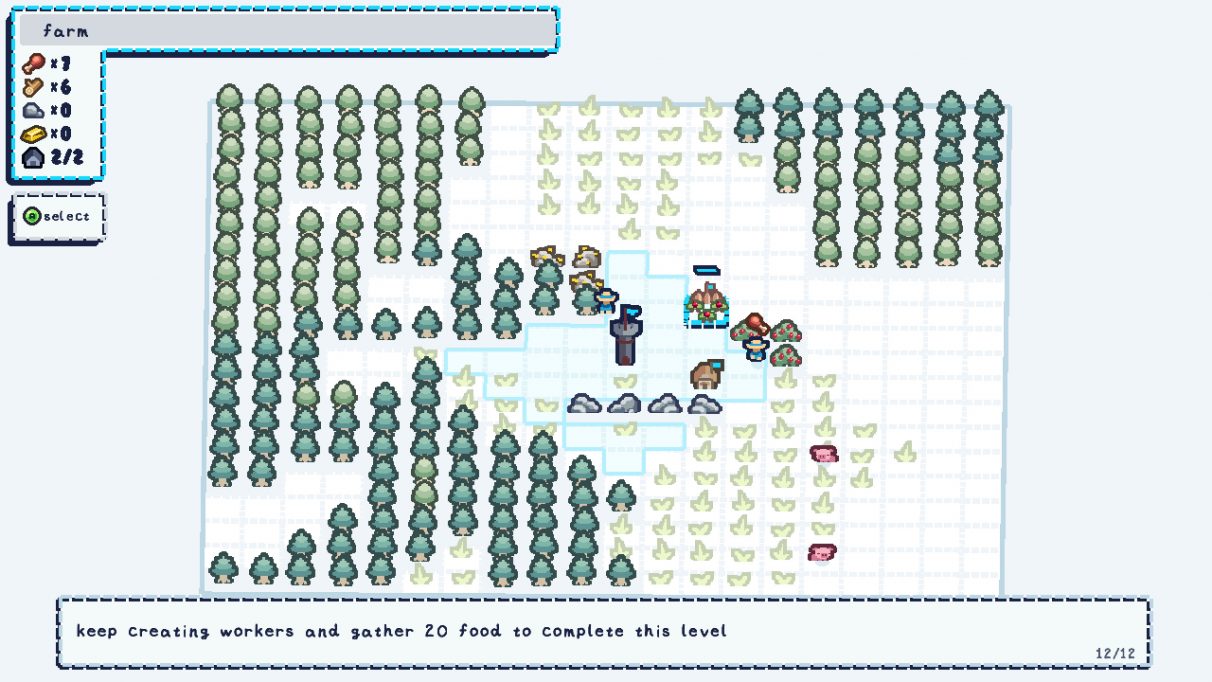 There's a short tutorial campaign for picking up the ropes, but the game really wants you to hop into skirmishes against up to 3 other players. The AI is good enough (though years of embarassment had me sticking to "Small Brain" difficulty while I learned the best opening strategies), but King Pins can also be played locally with your pals.

With everyone on the same screen, you always know exactly what your foes are up to, how their economy is going, and where the weak spots in their holdings lie = letting you focus on the simple fun of building an army and knocking each other down. I reckon it'll be a great wee party game once we're all allowed to, y'know, see each other again.

'Til then, King Pins is a great wee RTS that dodges that usual genre stress. It's out now on Itch and Steam for £3/$3. I bet it shines with remote play on the latter.