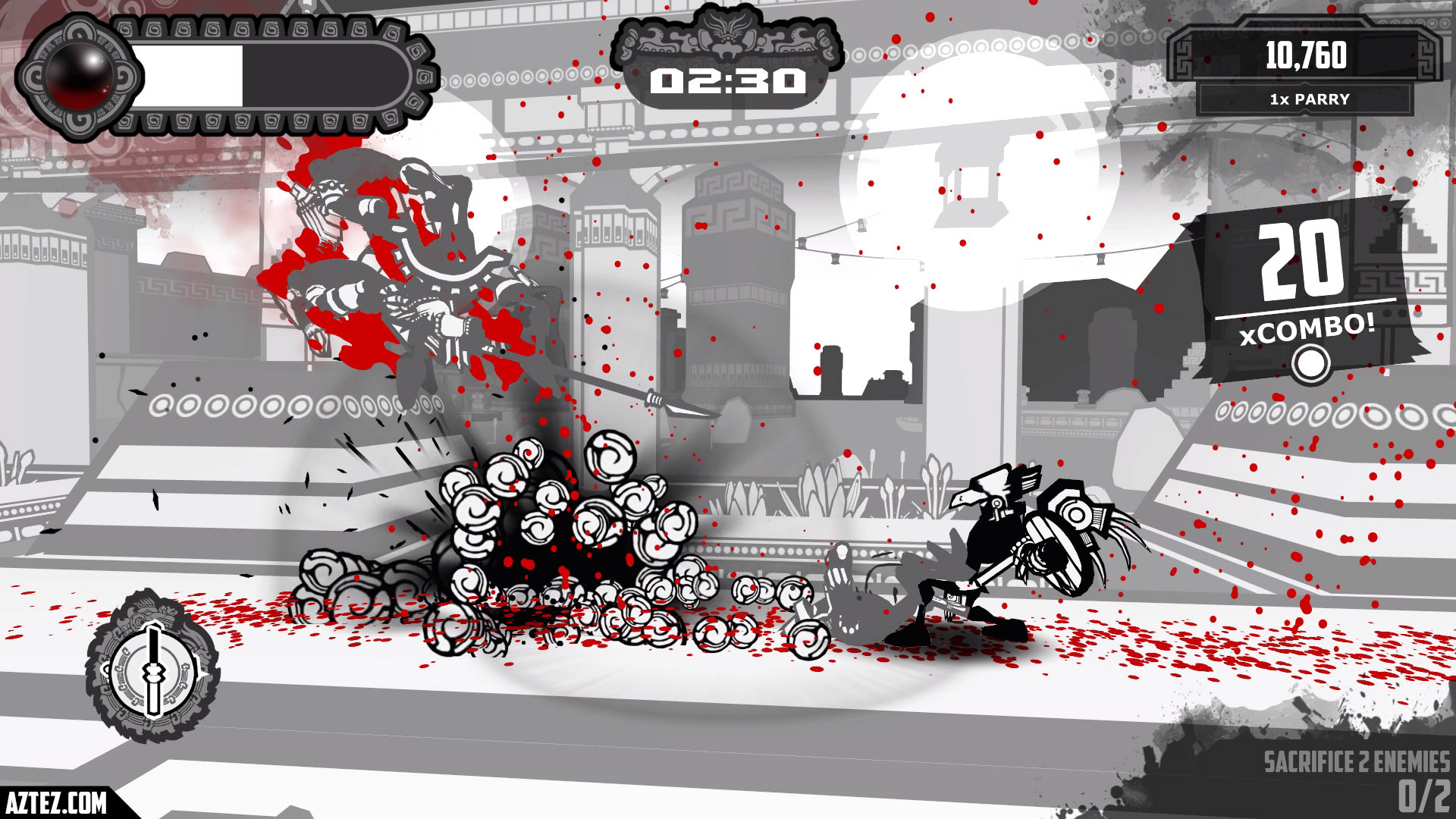 It's Thursday, and that means new free games on the Epic Store. Between now and February 20th there are two quite fight-y games up for grabs. The first is Kingdom Come: Deliverance, a rare medieval RPG that focuses more on historical stuff rather than the fantastical. Next up is Aztez, a side-scrolling brawler set in Aztec times when the only colours they had were red, white and black.

Released in 2018, Kingdom Come: Deliverance is an open-world game set in Bohemia in the year 1403. It's a much more historical approach to that sort of game, leaving out a lot of the fantasy elements you typically see in medieval RPGs. That's novel, and it's pretty deece.

"The measure of an open world is ultimately not the story it tells but whether you're happy to kill time within it, and Kingdom Come: Deliverance offers plenty of ways to do that, even if a lot of them will, in fact, get you slaughtered," Edwin Evans-Thirlwell said in our Kingdom Come: Deliverance review. "It isn't the departure I was hoping for, thanks to a shortage of character to set against the nuance of its historical sandbox, but the grubby realism is a pleasant shock next to the tales of elves and dragons that are its nearest competition."

Your other free option, Aztez, is a beat 'em up/strategy hybrid where you control an elite combat unit of the Aztec Empire to kill all kinds of warriors and mythological enemies. Our former Alec liked Aztez when he played it in 2017:

"I felt fairly alarmed during the tutorial, as it issued combo command after combo command at me, but in practice it's far more organic, learning what works against which foes and lurching happily out of your comfort zone once you’ve nailed the basics. And, when the fighting’s done, it’s time to nab some cities, play some cards and push back against the dastardly Spanish invasion."

You can grab these now over on the Epic Store. Next week's offering is Faeria, a magical strategy card game that'll be free between the 20th and 27th of February.