Update: There's now a few seconds of footage of the game below.

As part of their 10-year anniversary celebrations for League Of Legends, developers Riot Games have announced – and everyone act good and shocked now – that they're developing a fighting game. It's currently named Project L, and it's set in the League Of Legends universe.

Right, so, Riot showed a few seconds of Project L during this League Of Legends 10th anniversary video. This embed should start and stop around the fighting game footage:

If you're thinking "Wasn't this announced at EVO in August?" you are correct. Though when I mentioned this to a PR person in advance of Riot formally announcing the game during the press event I attended, they were both understandably tight-lipped and seemingly unhappy with me considering that an announcement.

Still, they haven't given us much more to go on than EVO founder and Riot employee Tom Cannon did a couple of months ago. Not even a screenshot I can include here. But Riot did deign to show me one single image a couple of weeks ago and so I have done my best to recreate it for you, faithful reader by artfully hacking up a Street Fighter screenshot. Bear in mind I know nothing about fighting games or League Of Legends. Or art. It almost certainly wasn't these characters (if I recall correctly, the lady had distinctly fewer clothes), but you get the impression: 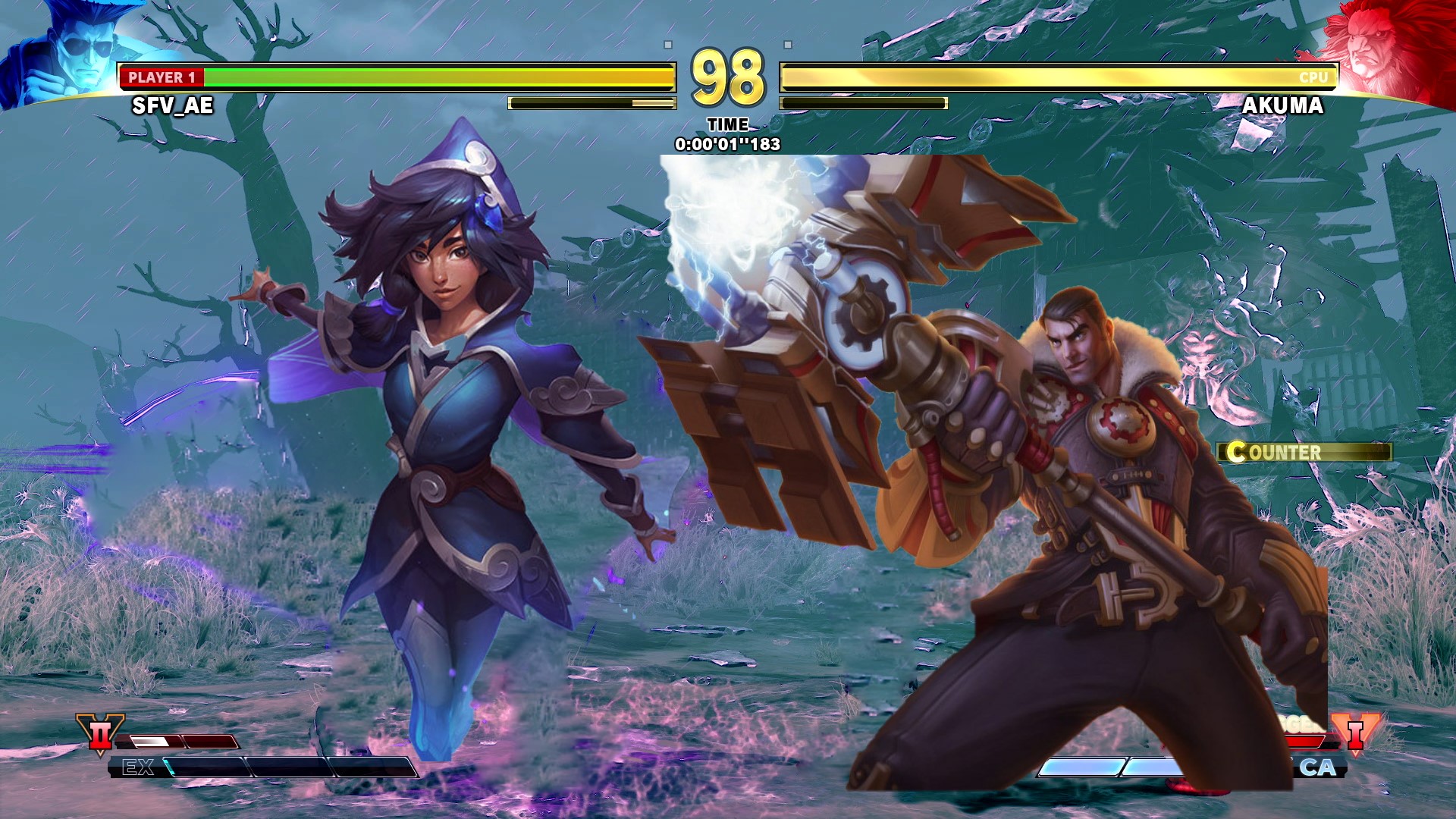 "I'm not here to say the game's coming out any time soon," Cannon during August's tease, "but I do feel like we're making progress and I felt like it was only appropriate that we reset the conversation and let everybody know that what you think we're working on, yeah, that's actually what we're working on."

Alan Bridgeman, the general manager for Riot Europe, similarly stated at this press event that there was "no timeline."

Cannon previously founded Radiant Entertainment, who were developing a different fighting game called Rising Thunder before they were acquired by Riot in 2016. The game was known for its accessibility, including one-button combos. No word yet on whether that's what Riot are aiming for with Project L, though they did emphasise accessibility in one of their other announcements, the League Of Legends universe collectable card game Legends Of Runeterra.

Correction: An earlier version of this story referred to the name of the fighting game as "Lightning Rush", but it is not yet officially titled. Its codename is Project L.