Letters - A Written Adventure is, say the developers, "a heart warming coming of age story about finding the right words." It's part puzzle game, part adventure game, part platformer, but all words. I got to play an early demo of it, and talk to the devs, and it made me think about the joy of writing a letter -- of physically putting pen to paper, crafting a long message instead of texting a short snippet.

Letters used to be the default form of communication, I suppose, but I bet it was still an event when one turned up from Mr. Darcy or whoever, requesting your presence at a ball. These days doing a proper letter is antiquated, but I think it's a special bit of effort. I wish I were sent more. In the game, words are so important that they shape your environment and how you interact with it. You do progress from writing letters to IMing online, but the framing remains the same.

"You walk life's journey with the protagonist through childhood, adolescence and young adulthood, so over a couple of years," explained Martina Hotz, level designer at 5am Games. She, along with artist Selina Capol and tech lead and programmer Aleksandra Iakusheva (who came up with original concept) make up the entire team working on Letters. They're based in Switzerland, and met whilst studying at university. It was important to them to make an authentic, relatable story, said Hotz, where they could draw inspiration from their own lives. 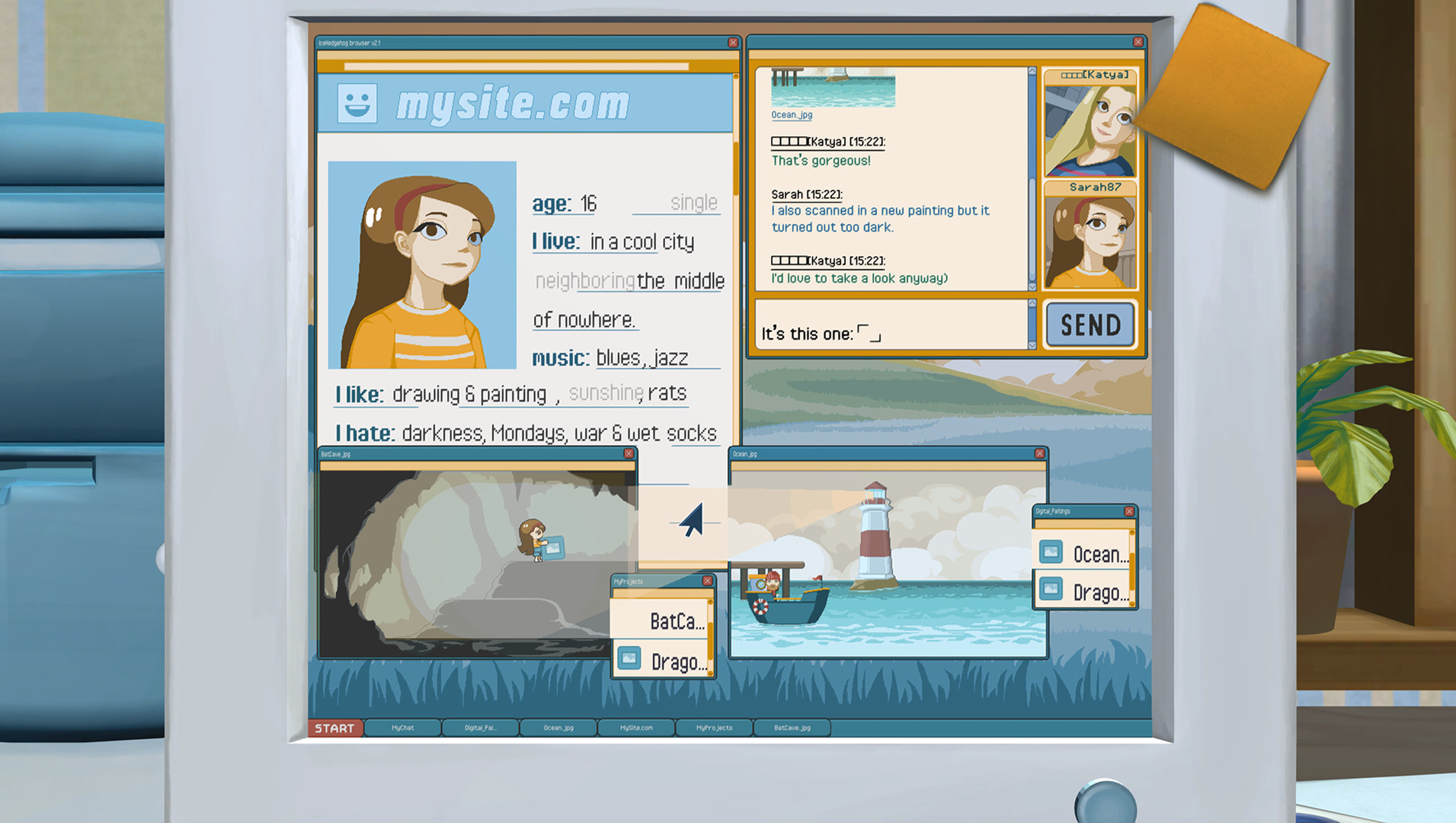 The protagonist is called Sarah, and the game follows her through her first letters to her Russian pen pal Katya, both aged around 11, through to emails and instant messages (which, as weekend editor Jay Castello noted in her news post about Letters, is a natural progression and a nice touch). What you actually do in the game as a player, though, is sort of platform through these messages. There might be illustrations or image windows blocking your progress, and you, tiny little Sarah running around the screen, have to use the words at your disposal to make progress.

To do this you physically pick up different words, hoiking them out of their sentences, carrying them around and throwing them at different things to see what happens. Sometimes you have to break a word into its constituent pieces to solve a puzzle. I asked if it was difficult doing this in English, a famously garbage language, but Hotz said it was easier because English has shorter words. "If you do it in German it's a bit more complicated, because we like long words."

The words seem big, and you seem small, and it feels very much like trying to navigate conversations and the right words and, well, life. The art goes from coloured pencil drawings by children to more confident cartoons and then digital art as Sarah grows. And the puzzles are woven into it all. 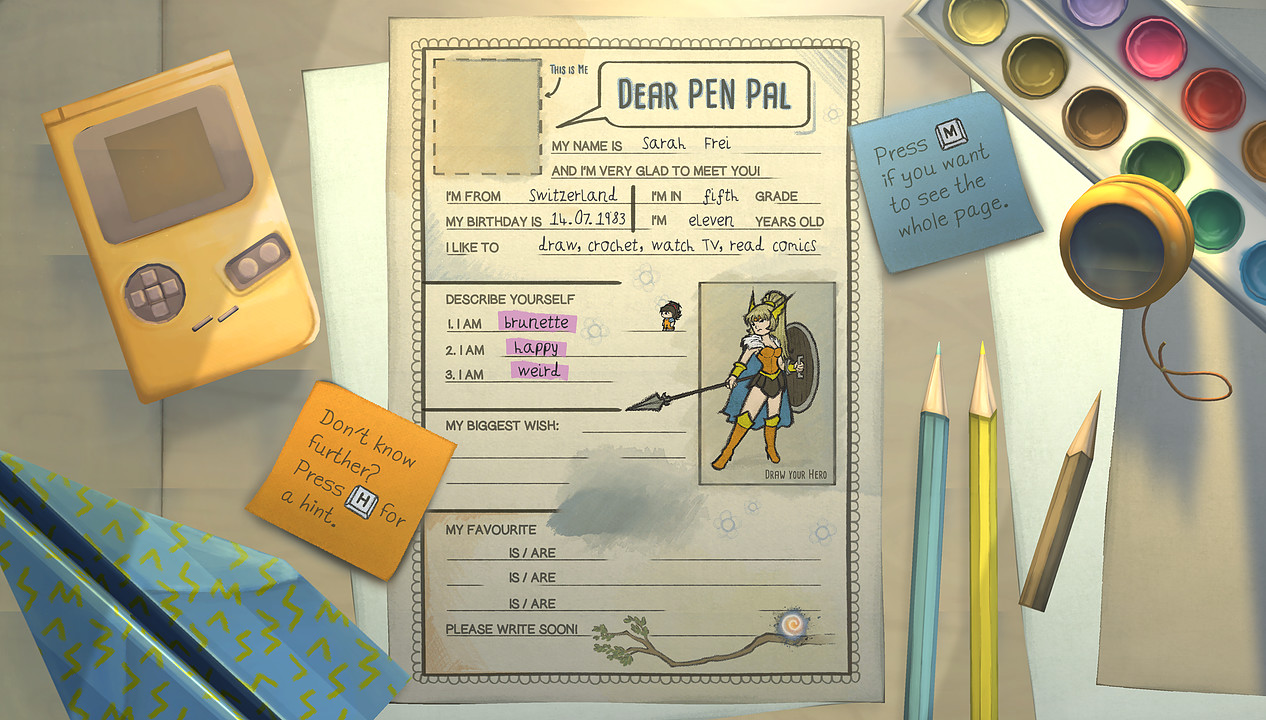 My favourite example was when I needed to pick up an image file to send through IM. The file was on the other side of the preview of the image, which was of a sailor standing by an empty dock. He said he could get me to the other side, but he was missing something. I was pretty sure I knew what he was after, but how to get it to him? After a few moments I spotted the word "friendship" in the message history, toddled over, kicked away "friend", and picked up the "ship" to give to the sailor. A shiny new vessel appeared! I was absolutely delighted, with the game and myself, because we were both clearly very clever. And that's how Letters goes! You find the right words to move forwards.

You can just chuck around some of the words for fun, to see what happens, because they change the drawings or pictures on-screen. Sarah got a new backpack and I could make it a nerdy backpack or a cool one (cool made it all ripped and black and red and punky). Capol said doing the art was therefore both fun and a lot of work. Some of the later levels have a choice at the end that could take Sarah down a totally different path, which is a lot of potential assets for Capol to draw even without them getting different looks. "If [Kutz] writes, like, 'Oh we could have three different versions of that!'..." she said, laughing. "Do we really need three? Is one enough?"

Iakusheva came up with the earliest concept prototype in her first semester, but can't exactly say how she got the idea. "I wanted to create something where you make things out of other things, and somehow was directed to the words." The others enjoyed the prototype so much they thought: well, why not make it into a full game? Though Iakusheva checked to see if something like it already existed, which I'm astonished there isn't because it's such a very good idea. 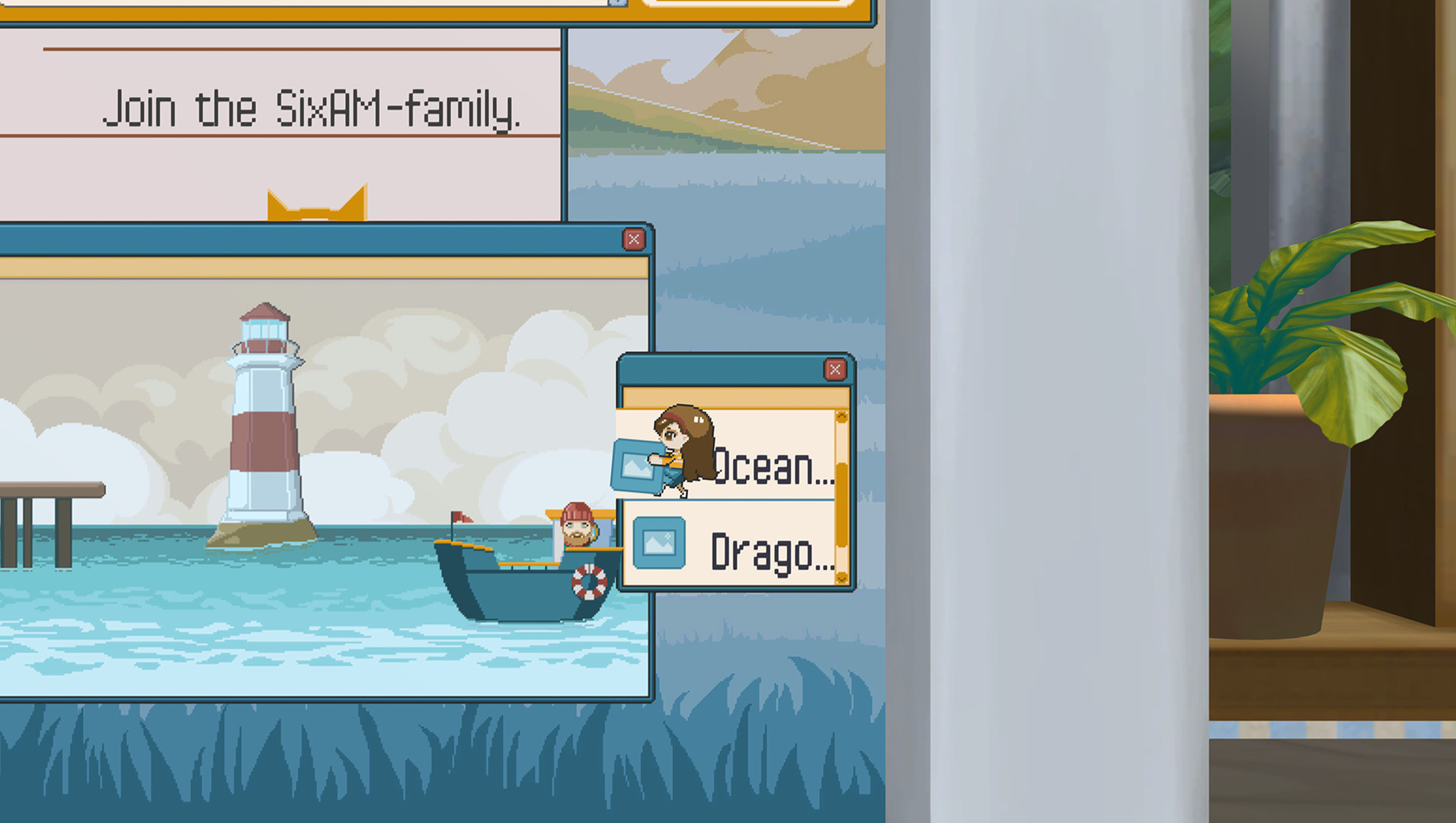 Obviously other people recognised that as well, because the team won several grants from groups like the Swiss Arts Council, which enabled 5am Games to work on Letters full-time for a while. Each level takes about a month, from the first mockup by Kutz, to early prototypes by Iakusheva, iterating the level, prototyping again, and asset creation by Capol as soon as they know, for example, that this bit of art is definitely going to feature in that level. Currently they're trying for a release in 2020, though when I spoke to them they were hoping to get a publishing deal too. I hope they do, but even if the release gets delayed I'll play letters whenever it comes out.

It's not grimdark or edgy, or a psychological horror, whatever that term even means now. It's smart and nice and playful, and it's about friendship, and I really liked playing it.

For a while there I had a Russian pen pal myself, who taught me a lot about every day Russian life. For example, everyone takes off their shoes when they come inside and puts on slippers, and most homes have spare guest slippers for when friends come over. My penpal, in turn, thought UK taps were weird. A few years ago I made him a video of going down the local Tesco's, and he made me one of his granddad's hand-built house. His granddad was working in the garden and, laughing, apparently asked if he was going to send the video to Obama (??). We're not pen pals any more, but we are friends on Facebook and Instagram. I think I should write a proper long letter to him again.