The thing about Misfortune Ramirez Hernandez, the titular protagonist of Little Misfortune, is that she only has a few animations, and one of them is falling flat on her face. That’s part of the lot she’s been handed in life, and as her thematically appropriate name might suggest, the rest of it isn’t great either.

But for every time she takes a spill, she also has an animation for getting back up. And for everything else, there is glitter.

Little Misfortune is a fairytale horror story – think Brothers Grimm, not Disney. It begins with a voice in Misfortune’s head asking her to play a game in exchange for eternal happiness. Misfortune says yes, because she’d love to give that eternal happiness to her mum, and also names the voice Mr. Voice. You can’t really blame her for being uncreative here, considering her own name.

What follows is an interactive adventure, though not a point and click like developer Killmonday Games’ previous work, Fran Bow. You move left and right through each scene at your own pace, interact with objects to discuss them with Mr. Voice, and make decisions that’ll come back around later in the story. And you can throw glitter at any given moment.

This is objectively good game design, but it’s also desperately endearing. Misfortune is, you may be shocked to hear, surrounded by tragedies big and small at every moment. As I said, you can hurl sparkles whenever you feel called to, but at certain prompts it will cause her to overcome the fear, pasting a new, nicer image borne of a child’s overactive imagination over the worst of whatever disaster she’s witnessed. As a metaphor for perseverance and enjoying the little things, it’s not subtle, but it is very cute. 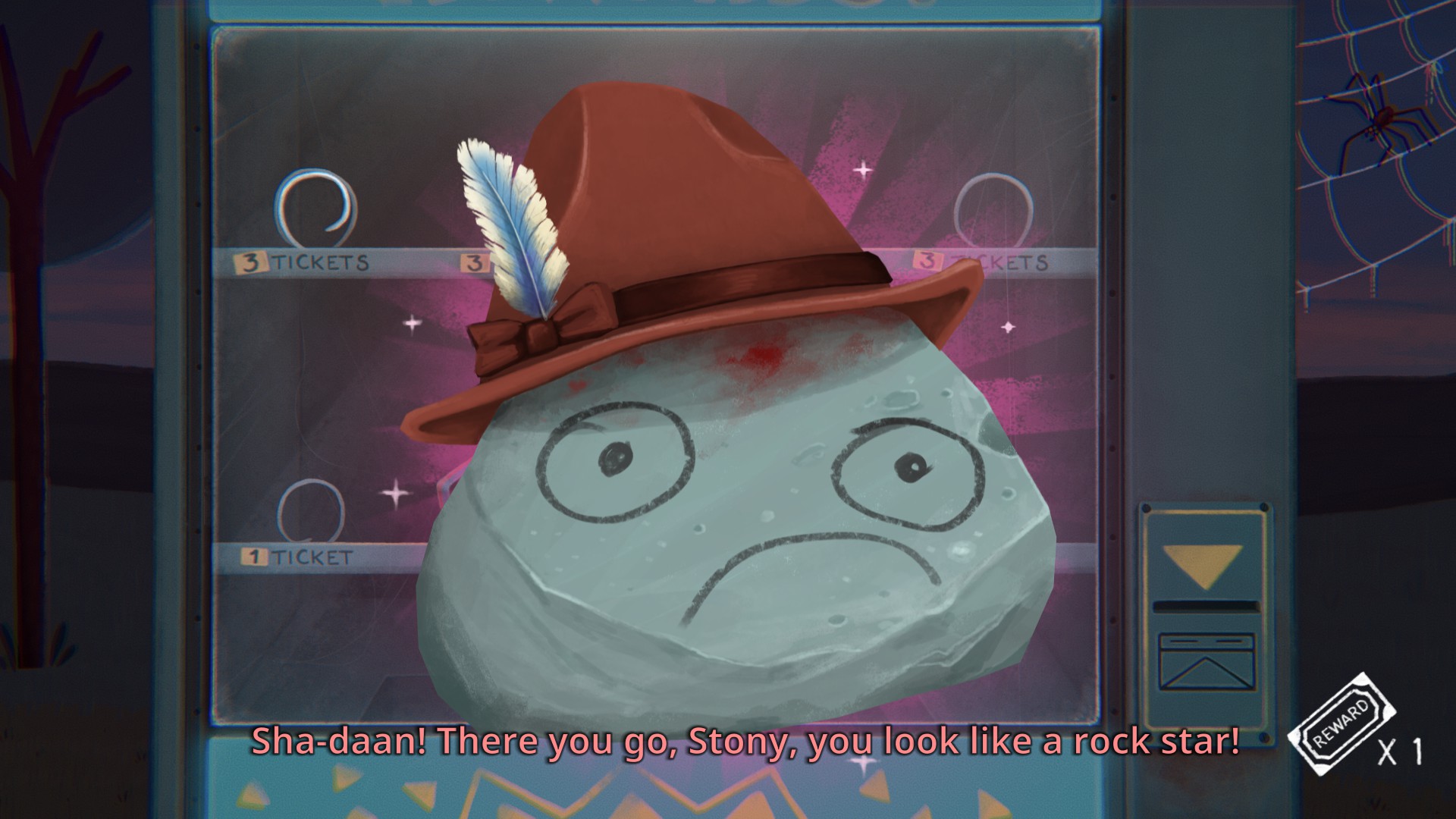 If you’re anything like me, though, you might find yourself tossing out handfuls of the stuff at things much more abstract than Misfortune can properly grasp. The game leans heavily on real-world horrors alongside its more supernatural scares. Some topics, like abuse, underpin the entire narrative and broadly work to give it a grounding in true unpleasantness. But others, like suicide, feel tossed in for shock value before never being addressed again.

That feeling isn’t helped by the tonal mismatch that places these adult fears alongside much more juvenile humour. Jamming a poop joke after an instance of animal death does little but ensure that they trip one another up, where landing one on its feet alone was already tricky.

Sometimes the abruptness of capital I-Issues and goofs overlap directly, confusing whether something is meant to be one or the other or both. Mr. Voice is very clearly suspicious from the start, and quickly becomes creepier and creepier. But the part where he assumes eight-year-old Misfortune is going through puberty and describes that as “your body is preparing to create life inside of you,” still feels like it comes from absolutely nowhere, as does the joke (?) in the same conversation where Misfortune mishears “hormones” as “homos.” 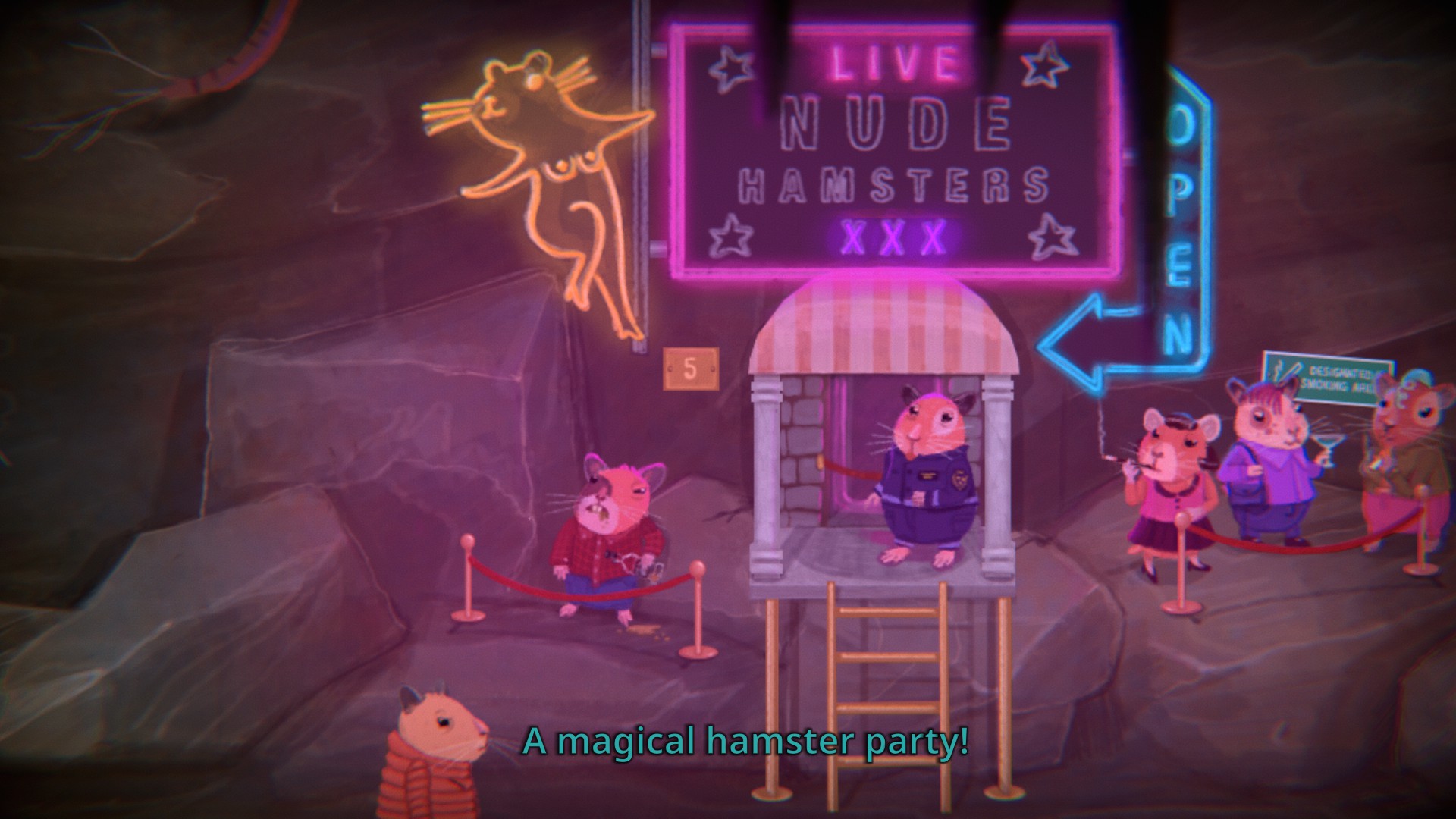 There are many of these weirdly jarring moments, which become bigger stumbling blocks because everything hinges on Little Misfortune’s story and writing. Other than some very minor puzzles, all you’re doing is unravelling dialogue and plot, so when that dialogue falls flat it’s especially obvious.

The opposite is also true, however. While many “choices matter” games struggle to feel satisfying without going all the way into a branching narrative, Little Misfortune’s short runtime (about three hours) and lack of distractions means that callbacks to earlier decisions land without needing to be hugely impactful on the plot itself. Not everything appears to get referenced again, but the bits that do are highlights. Like how I found myself very invested in one particular fish.

More generally, the twin motivations of loving Misfortune and hating Mr. Voice are easily enough momentum to carry through the sticking points. The game occasionally reuses voice acting for Misfortune, so she says repeated lines like “mmm-okay” and “yikes forever” in the same (cute) cadence every time. It is noticeable, but doesn’t really affect the game except in one part: it draws attention to repeated instances of Mr. Voice giving her some awful, slimy compliment for playing along, to which she always replies with the same shy “thank you.” 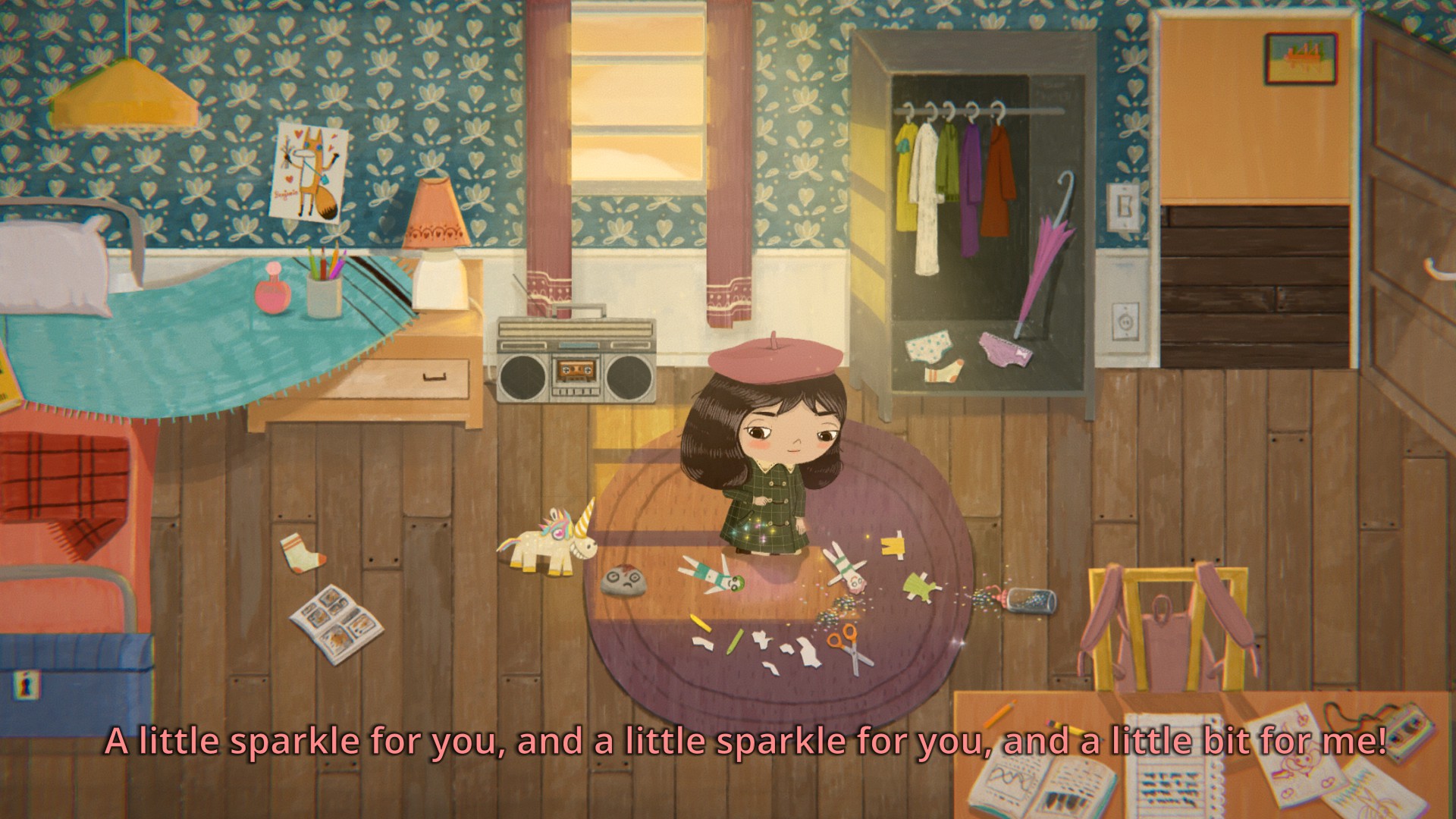 Despite having my skin crawl at almost everything Mr. Voice said, his breaking the fourth wall to rope the player into his scheme creates an awful sense of complicity. Thankfully, this is directly balanced by the joy whenever you can lead Misfortune into any small act of rebellion against him. It’s a giddy combination of adult smugness at getting one over on a rival combined with childish conspiratorial whispering under a blanket fort.

And despite everything that happens to her, Misfortune won’t let you down. Every time she falls over, she gets back up. And every time the game veers off track you can do the same: throw a little glitter and move on.