If you click on a link and make a purchase we may receive a small commission. Read our editorial policy.
Maid Of Sker review
Maid Of Sker has a creepy story and great music, but in trying too hard to be scary, it ends up less so.

Maid Of Sker is a first-person survival horror game, which makes the name a bit confusing because it's pronounced like "Made Of Scare". Sadly, this isn't a very good description of Maid Of Sker, because although there are some good and creepsome bits in it, this isn't a game made for jump scare compilations on YouTube, nor it is suffused with a creeping, lingering dread.

Instead, it lands somewhere in between the weird keys and puzzles of Resident Evil, and the quiet, existential dread of something more like Soma, resulting a lot of waiting around as opposed to making you feel properly afraid - though the music and imaginative adaptation of a Welsh ghost story are both extremely well done. It might have done better leaning more into those aspects, perhaps, than towards straight horror.

The ghost story in question involves a real life place called Sker House in South Wales, not a million miles from where my dad grew up, and though the original house isn't even in the game, Wales Interactive got in a small amount of lukewarm water for using it in a bunch of their promo material. The original maid of Sker, Elizabeth Williams, fell in love with a poor musician called Thomas Evans. They planned to elope, but Elizabeth's dad kept her locked in an upstairs room, and Thomas got scared off by the dogs in the grounds and never came to rescue her.

Elizabeth didn't die a terrible death or anything; she just entered into an unhappy marriage with someone else. But 'tis said that her ghost now haunts the room where she was locked, proving that ghosts hold long and specific grudges.

In the game you play as Thomas, come to rescue Elizabeth from her family's Sker Hotel, she having sent you a frankly alarming letter asking you to compose a specific piece of music. Once you arrive you discover the hotel in a state of some disrepair, with weird shrines to Elizabeth's mother cropping up in various places, doors with special keys, and shortcuts and secret passages to open up. 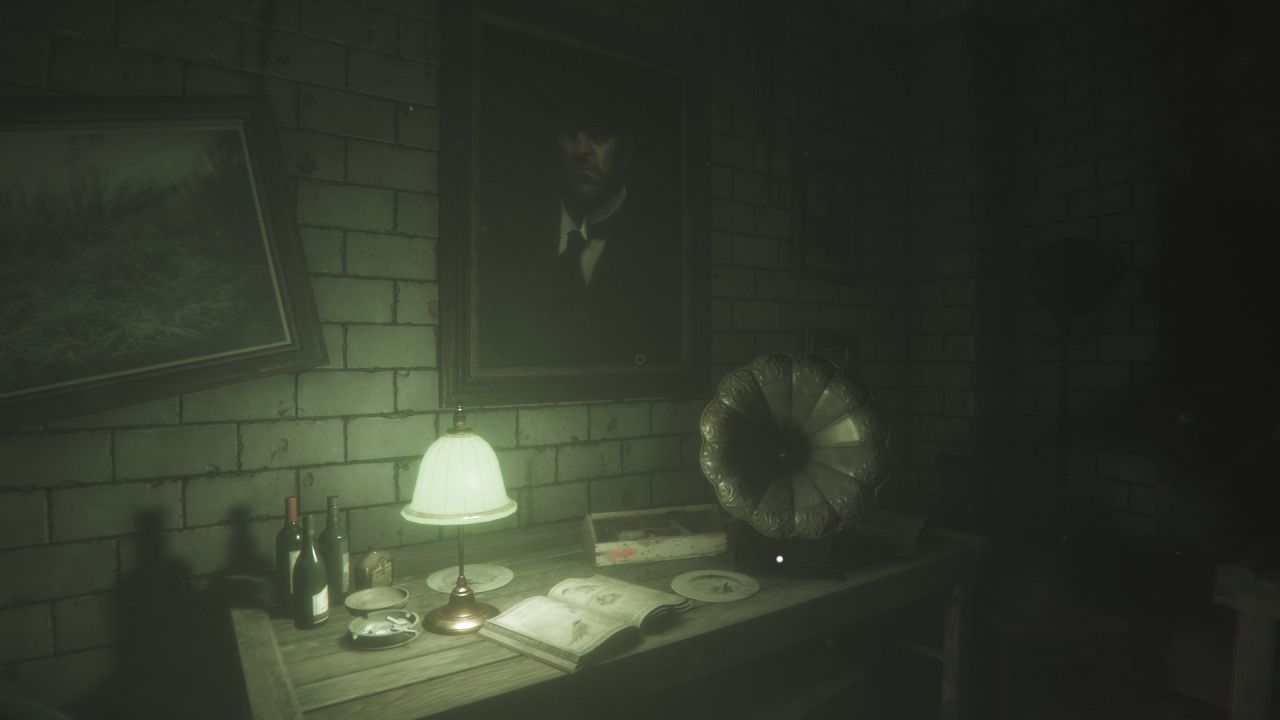 Elizabeth informs you, via phones placed conveniently around the house, that her father, uncle, and literally everyone in the hotel have gone off a bit half-cracked owing to a magical and/or evil song. Elizabeth is holed up in the attic and everyone else is roaming about the hotel with sacks on their heads, like Scarecrow off of Batman (although she doesn't say that herself because it is not a contemporary reference to her). They attack anyone who makes too much noise, a bit like the monster from Amnesia: The Dark Descent (although that reference, too, would have probably gone over her head).

With instructions to collect the four recorded parts of the siren song, you creep around the house trying not to bump into anything, walk too fast, or even breath too heavily, lest the heavy-footed, lumbering brutes run over to you to slowly thump you whilst making cross noises. Initially, the pacing is excellent. You are told in vague terms what the threat is, but aren't sure when it will arrive, and eventually have to make your way down to the basement in a loud, shrieking lift that you feel sure will bring disaster.

The basement gradually ramps up the fear factor by introducing your enemy and training you to keep a sharp ear out. You learn that you can hold your breath in dusty or smokey areas to stop yourself coughing, and that if you stay still and keep your nerve, one of these lads can pass within a couple of feet of you. It leads to some tense moments early on. 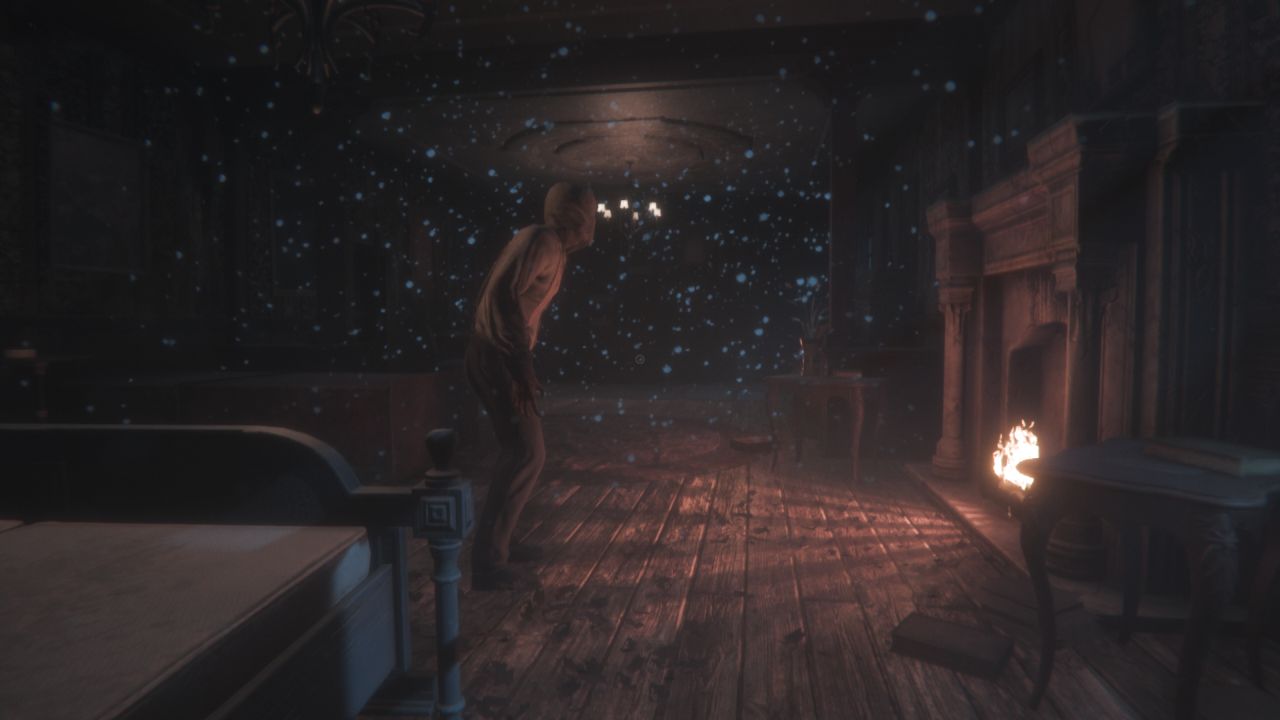 Unfortunately, once you get to the mid-point of the game, this sense of unease quickly wears off. More patrolling enemies are shovelled in as you progress to ramp up the difficulty, but it ends up being a bit annoying. You spend a lot of time standing in a hotel room off a corridor, waiting for two lads to walk past so you can hot-foot it down to the secret torture chamber you want to explore. Eventually, this mounting frustration will push you to make a break for it, at which point you discover that you can actually run around for most of the game and solve your problems in half the time, as long as you know where you're going and where the safe rooms are.

There are a couple of these on every floor of the four-storey hotel - friendly green doors to rooms with green lamps inside where you manually save your progress on gramophones. It's a tried and tested technique that works well for the sections where you're finding your way around the hotel, even if their oddly silent gramo-save machines don't lower the pulse nearly as well as The Evil Within's sweet Clair de Lune rooms.

But then Maid Of Sker mixes in some linear bits where you're suddenly thrown into the garden or some caves or what have you with permadeath traps and lots of baddies in order to advance the story, which are annoying if you haven't popped into a safe room for a while, and doubly so when they don't really complement the gradual exploration of the hotel. Then again, a lot of the hotel's setpieces feel like a smorgasbord of bits you've played from other survival horror games, and none of it really feels like a single, cohesive environment. One floor of the hotel holds Elizabeth's big angry uncle, for example, who's clearly the long-lost 8ft tall cousin of Resident Evil 2's Mr X. He fulfils the wall smashing promise of those older Resi games, but here he's only a threat on that one floor, not the house in general, and he feels a bit out of place. It's a piecemeal feeling you run into a lot in the game. 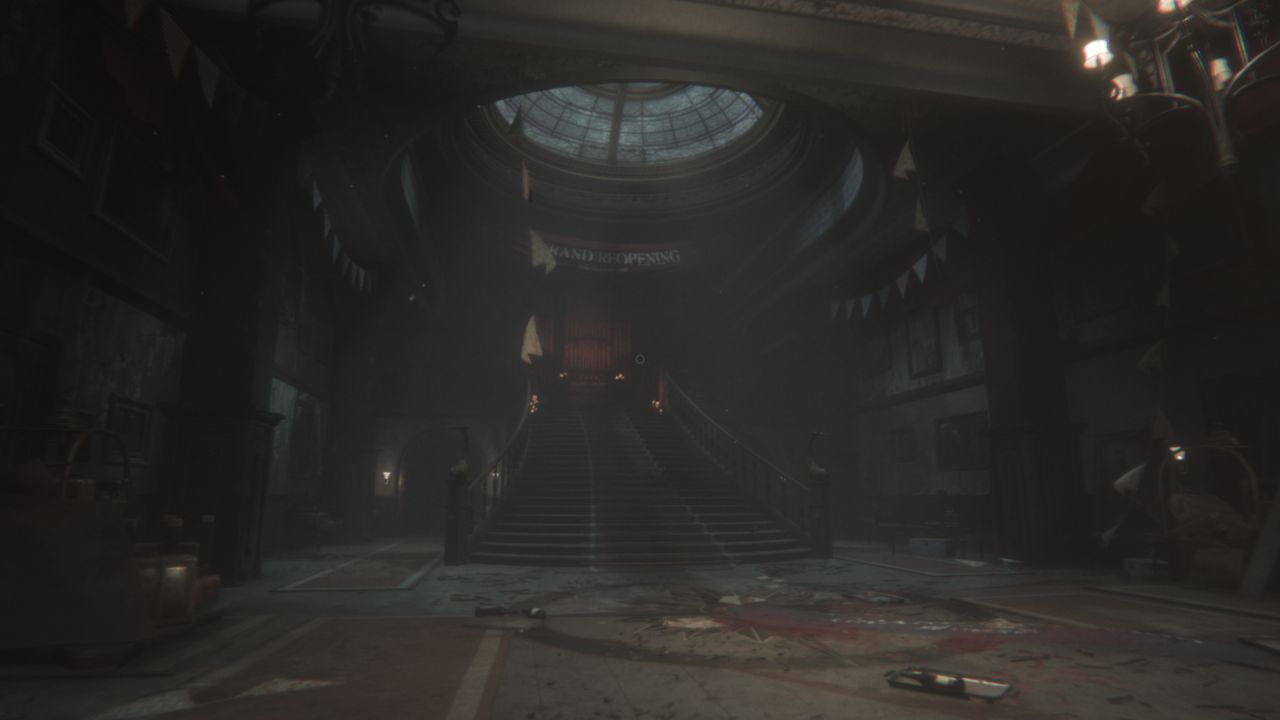 That said, there are some great bits to Maid Of Sker to enjoy. The look and feel of the hotel, and the story as it unfolds, is good. Some rooms are full of dress dummies, or hanging sacks that bump into one another, and you're not sure if you're alone or about to get the literal stuffing knocked out of you. If you bother to explore beyond the places you need to go, you can also uncover quite a fun tale of a cursed family, the gradual expansion of a cult, the adaptation of the hotel into a grim murder mansion, and so on.

The game definitely rewards those who go off the beaten track to open all the locked doors, and this in itself is a satisfying task, as the hotel is littered with trick doors that require you to take a good look at the room around you before you can unlock them. What order are those paintings in? Where is that compass arrow pointing? Once you know the answer they're easy, but until you do they're a fun challenge.

Best of all is the music, the dark heart of the game, which is genuinely haunting. The original composition you're piecing together, and the spooky refrain you hear a lot throughout the hotel, is at once lovely and off-putting, and the musical cues that accompany you being spotted are often more frightening than the sound of footsteps behind you.

In fact, Maid Of Sker is more frightening when it's not trying to scare you. The story, the atmosphere and the music are well-crafted enough that they would almost be enough on their own, but its obsession with chucking monsters at you ends up destroying a lot of that good will. Perhaps, in looking sideways at Capcom's desk, Maid Of Sker copied even the answers it didn't need.