If you click on a link and make a purchase we may receive a small commission. Read our editorial policy.
Developer: Supermassive Games
Publisher: Bandai Namco Entertainment

The difference between horror and comedy is largely a matter of timing. For example, when Alex was caught in a storm with his hands tied, trying to dodge sudden flying objects was frightening. A second later, when I realised one of the objects was a frying pan, I determined that my next playthrough would involve a lot of amusing bruises for him.

The Dark Pictures Anthology: Man Of Medan is the first in a planned series of interactive horror stories from Supermassive Games, the devs best known for 2015's Until Dawn, a game never released on PC and therefore imaginary. Which is unfortunate, because it's the best point of reference for this game. Man Of Medan is essentially a visual novel with extremely high production values, multiple playable characters and possible story paths, and a heavy emphasis on the consequences of player and character decisions.

Supermassive emphasise that the game is geared towards multiplayer, with an online two-player co-op mode, and an up-to-four-friends offline party mode taking full advantage of its multiple perspectives and story permutations - and its many possible deaths. We plan to write about those options later, but as official RPS hermit my report on how it fares here is for a single player run through.

You don't get to choose who you control, for one. Each scene, your perspective shifts to one of the lead characters, and the actions or dialogue options you choose dictate both events, and changes to that character's personality. Some of these actions are also quick time events. Once a disastrous plague upon games, now thankfully cured, they're mostly employed to good effect here. They tend to come when you'd expect them, in twos or threes, and failure is rarely fatal. When the stakes are mortal, it tends to be obvious, and after screwing up several in one run, I was surprised by how forgiving they were. 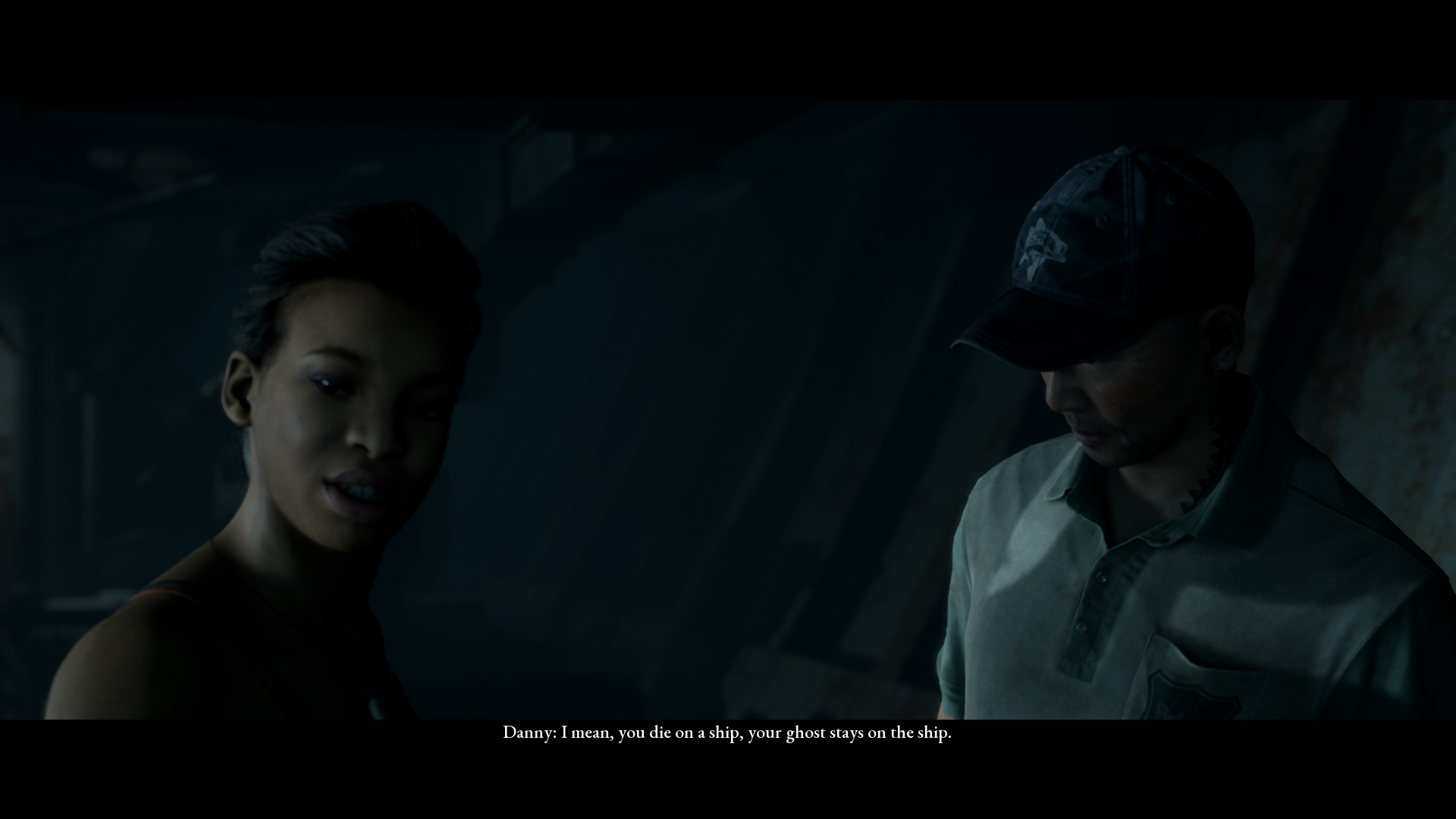 As horror stories go, it compares better to a film than to its game peers. Sure, you spend a lot of time trudging about very dark corridors, and it's not short on jump scares. But Medan's goal is to entertain more than to scare, to draw you into its situations through empathy for its characters. It's also not the gory murderfest Until Dawn was, and only partly because of its far smaller cast of characters. Oh, there are certainly some deaths, and some of them are quite horrific. But the horror is more built on threat and mystery, than revulsion or pain.

Much of that threat is rather grounded. Five young friends (mercifully not the usual, visibly 23 year old 'teenagers' living off slang filtered through a 30 year old) go on a diving trip to investigate a wreck they've researched. Introductions are made, relations established, and their plans set out. Naturally, things go awry, and they end up trapped on an oogy old ghost ship with a trio of armed kidnappers. 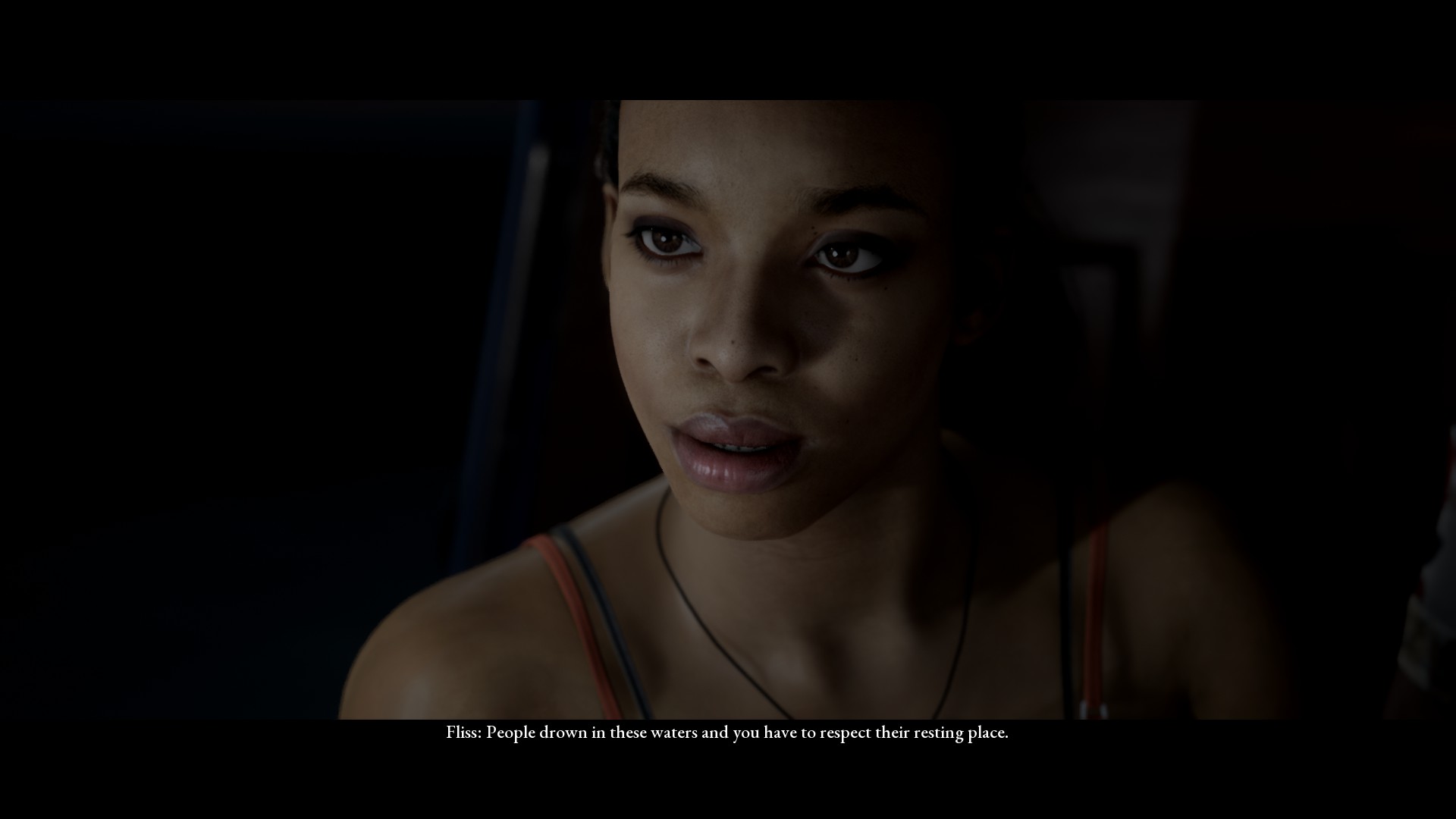 There are, of course, creepy goings on, which are cleverly deployed not just to freak out the protagonists and the player, but to make the (already scary) kidnappers afraid, and consequently twitchy and more dangerous. It's a decent slow burn of a spook. By the time the story takes you to the wreck, you're fully expecting something supernatural that has yet to materialise, and Man of Medan does a great job of intertwining ghostly and mortal dangers. I'd highly recommend turning down the occasional hints you're offered, though. Hearing them on a second run, they were far too revealing, and it's not too hard to call things without them. 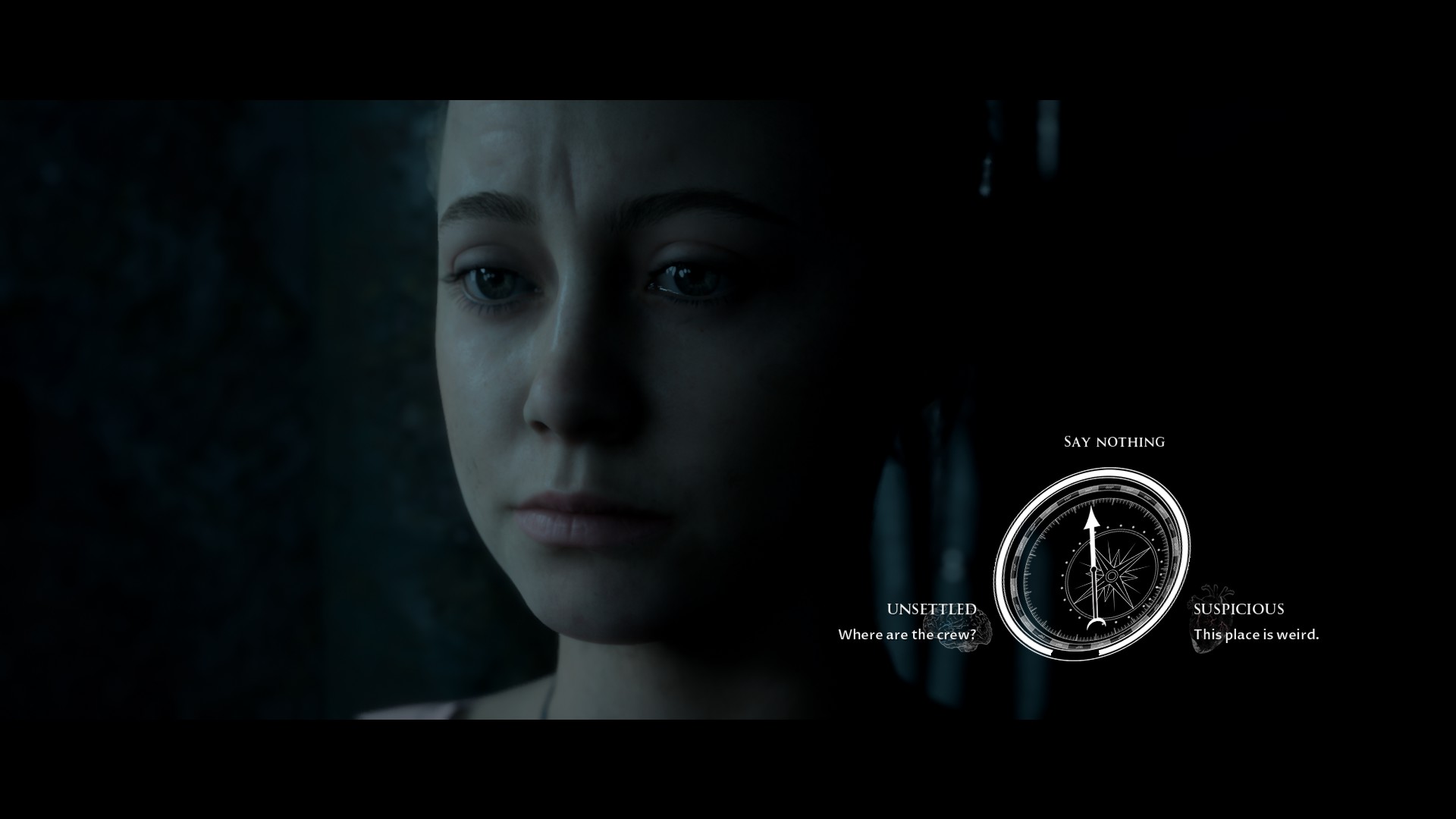 It helps that the protagonists are (mostly) quite sensible and proactive. With such a small cast they all get time for development, and even the ones I immediately disliked showed some unexpected depths. When the awful Conrad's macho douchery invites trouble, it's in-character, as he is a rich kid trying to impress a woman (who can, by the way, call him out multiple times). But when lives are in danger, Conrad reveals himself as genuinely brave and quick-thinking. I didn't outright hate any of the characters, in fact, which for a horror game is practically unheard of. They even discuss their situation calmly when the opportunity arises.

I initially typed "horror film" once or twice back there, and there's a reason for that. Due to its movie-like emphasis on entertainment over shock, which I've already mentioned, Man of Medan is best approached with a cinemagoer's mindset. It's smarter than your average horror flick, but there are still times where you'll have to suspend disbelief and accept instances of bewildering stupidity. I almost screamed at someone who gets hold of a gun, shows that they've used one before... and then leaves it on the floor for no goddamn reason. Fortunately, this came to nothing (at least in that playthrough), and indeed, most such flights of foolishness are trivial enough to shrug off.

But, well, you've got to expect a stinger. In my first playthrough I kept everyone alive, only for the credits to reveal that one of them (implausibly) died anyway. In subsequent runs, similar things happened. At first I was annoyed, but soon, the lengths the game was willing to stretch to in order to kill someone off at the last second became amusing in themselves. It all culminated in a moment where I saved everyone (even one of the villains!) but then they all got killed off anyway, in a scene that had me laughing to myself for the rest of the afternoon.

I think that's key to getting the most out of Man Of Medan. It's aiming to be an entertaining, interactive horror flick, and you shouldn't take it personally when it messes with you. It's not a game that wants to humiliate you or screw you over, but, well... it's a horror flick! What would be the point if everyone survived? 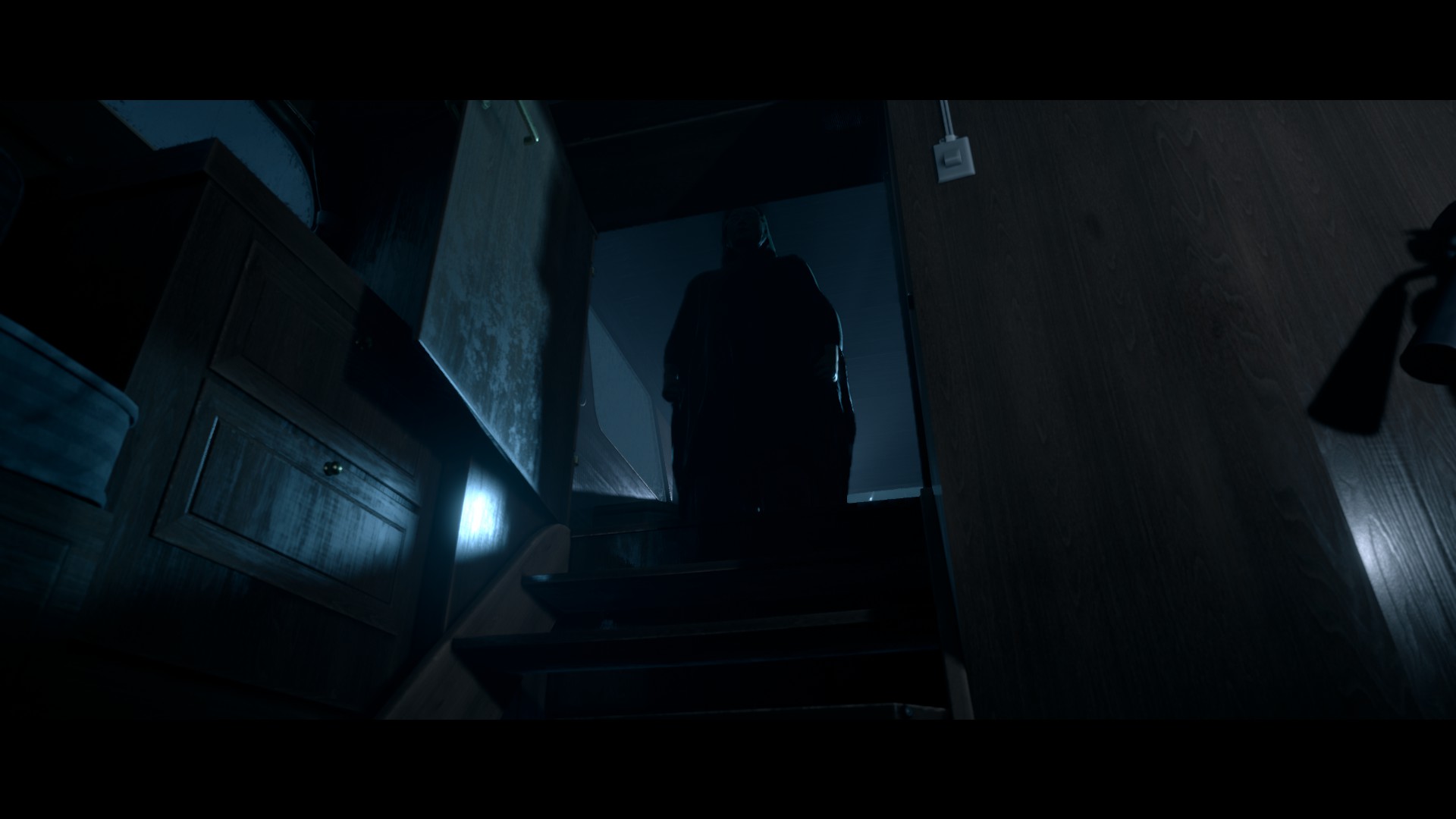 It has some issues. Some decisions suffer the usual hazard of interpreting what an option means, such as when, as Alex, my girlfriend Julie yelled at me to "stop!" while I was holding someone underwater. The quick time events that followed were confusing - was I struggling to drown this person, or struggling to save them? Adding to the confusion is the fact that some quick time events are your classic "press X to dodge the frying pan", while others are the utterly hateful "hammer this button repeatedly to open the door", and both look identical. This led to one moment that completely undermined the climactic scene of the game, as someone got killed off before I realised what I was supposed to do at all. Due to the importance of button mashing, a controller is highly recommended, incidentally. 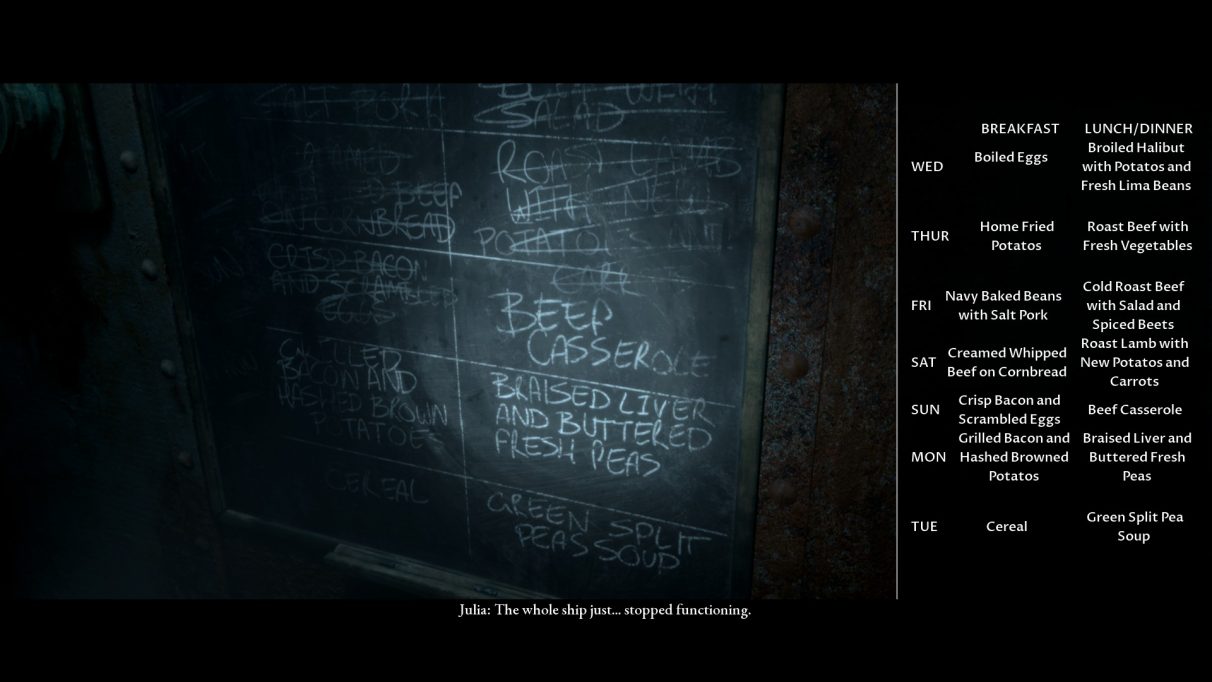 At least you can go back to important moments, at least once you've played through once. And there's a whole other 'cut', in which you control different characters in most scenes, opening up new possibilities and interactions, while some decisions are taken out of your hands entirely. In the other cut, someone got killed entirely without my influence - although this might have been the 'traits' system stretching its legs. As mentioned, decisions you make when in control of a character influence their personality: if you take some stupid risks with Julia, she might become 'reckless', causing her to take more risks when not under your control. Similarly, your actions affect relationships, and though most of this works as you'd expect, it could use some fine tuning. At one point, Fliss volunteered to risk her life fetching a vital object, and when I encouraged her, our relationship deteriorated because it was interpreted as "ordering" her. In another situation Brad suggested hiding - I agreed, we hid, we survived, and our relationship decayed because I ... saved our lives? Hmm. 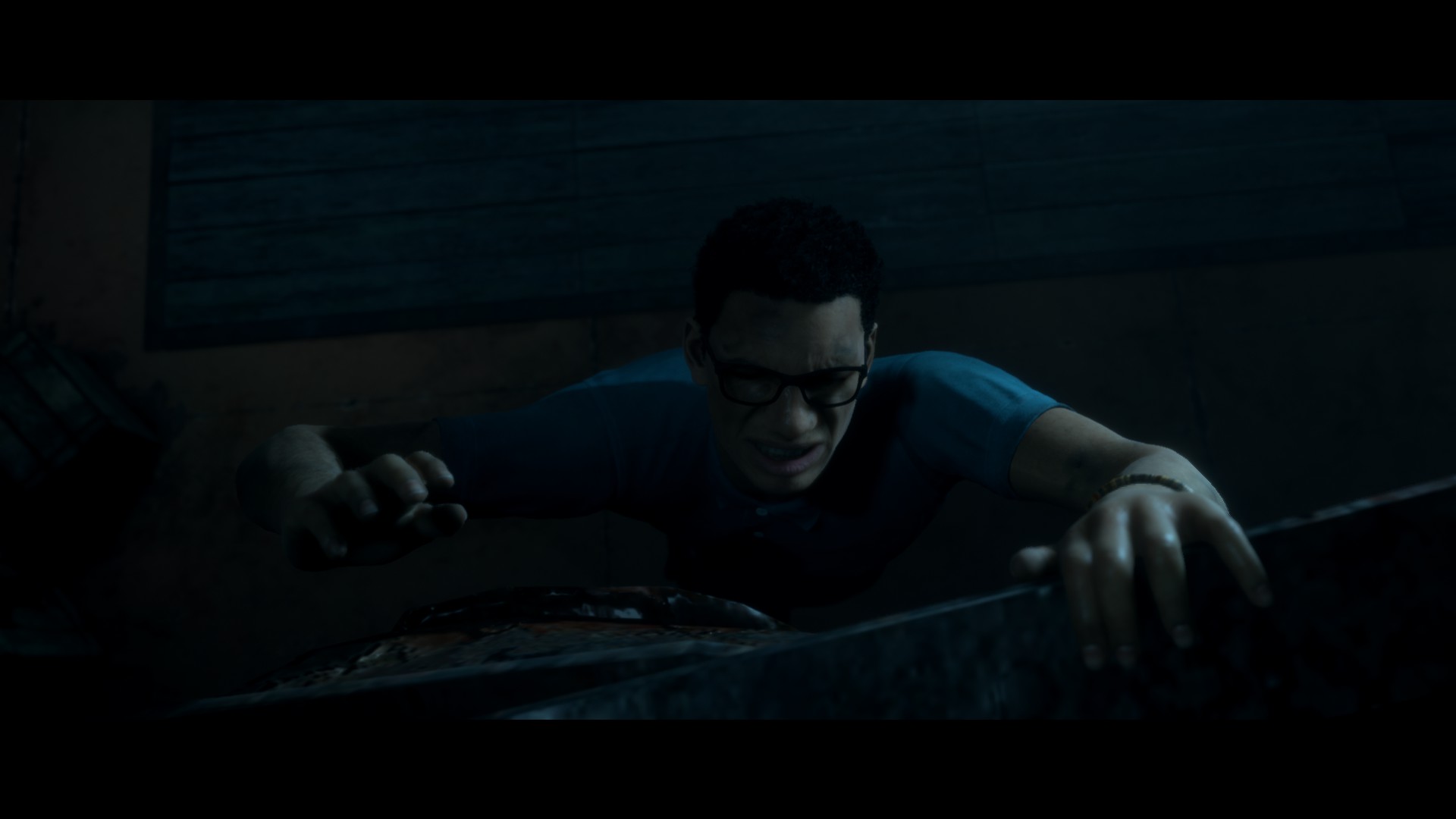 These are small problems though. In general, these systems intersect well. Over the course of repeat playthroughs, you go from second-guessing what's coming and how the game might mess with you, to puzzling out the best paths to take in order to get the story outcomes you want, be they preserving people or killing them off, uniting or alienating them. And it can be surprising, still: it was interesting to see that Alex, who I sort of liked, became someone I wanted to push into a ravine when I spent half the game intentionally neglecting his girlfriend Julia because I didn't like her, for example.

Replay value is very much the game's strength, which is why it could do with a fast forward option, like visual novels typically have. Without such a thing, the big obstacle to experimental replays is the trudging through dark and largely uninteresting corridors, re-reading memos and 'secret' items because some of them affect the plot.

It's a shame, too, that so much of the game takes place on the rusty, pitch black tug, because when the lights are on, it looks fantastic. Items and textures are impressive, and the acting is very solid. I rarely get to play interactive fiction with such strong production values, especially with all the variation and replay value on offer. I'm on board. I enjoyed this one, and if Supermassive Games continue on trend, I'm optimistic for the rest of the series.