If you click on a link and make a purchase we may receive a small commission. Read our editorial policy.
Premature Evaluation is the weekly column in which Steve Hogarty explores the wilds of early access. This week, he takes to the skies to bother singing carrots in altitudinous tycoon 'em up Merchant Of The Skies.

I love a game with a bank in it. I don’t know exactly when this happened to me, at what point I became horny for economic stability above all else, but that’s just how tedious my adult life has become. I’m now less excited about the cool stuff that happens most often in games – like strangling your dad to death on the precipice of an exploding volcano on a far-flung exoplanet or whatever – and more excited about the prospect of opening a virtual savings account with a decent rate of interest at whatever the intergalactic equivalent of a Santander is. In the never-ending “Which Friends Character Are You?” quiz of life, I have finally, inexorably, become a Ross.

Merchant Of The Skies is a trading and base-building game with a bank. On one of the map’s few dozen floating islands, you can deposit your cash and have it passively earn a small annuity for you while you’re off doing other, ostensibly more interesting merchant things like trading and harvesting resources. The banking island became a frequent stop on my travels, as I became mildly obsessed with dumping enough spare cash into the hovering institution that I would eventually be earning enough interest to kick up my feet and not have to do anything else in the game at all. So that I could just sit there, motionless and slack-faced, watching my balance creep up as unseen pints of dopamine slosh around inside my brain, as I have the most fun I have had all week.

Long-term financial security is the true escapism. No thank you mister weapons vendor, I don’t want your enchanted broadsword of Ga’gloth, even if it does cause elemental burning for fifteen seconds. I would rather invest my hard-earned gold coins in a low yield tracker fund, so I can avoid having to raid dungeons for rare gems later in life to pay for the gallons of health potions needed to keep my geriatric body alive through retirement. I want to take all of my skill points out of dexterity and stick them into fiscal responsibility. I want to LARP as a druid with a healthy stocks and shares portfolio, who doesn’t spend all of her disposable income on laptops and tofurkey. 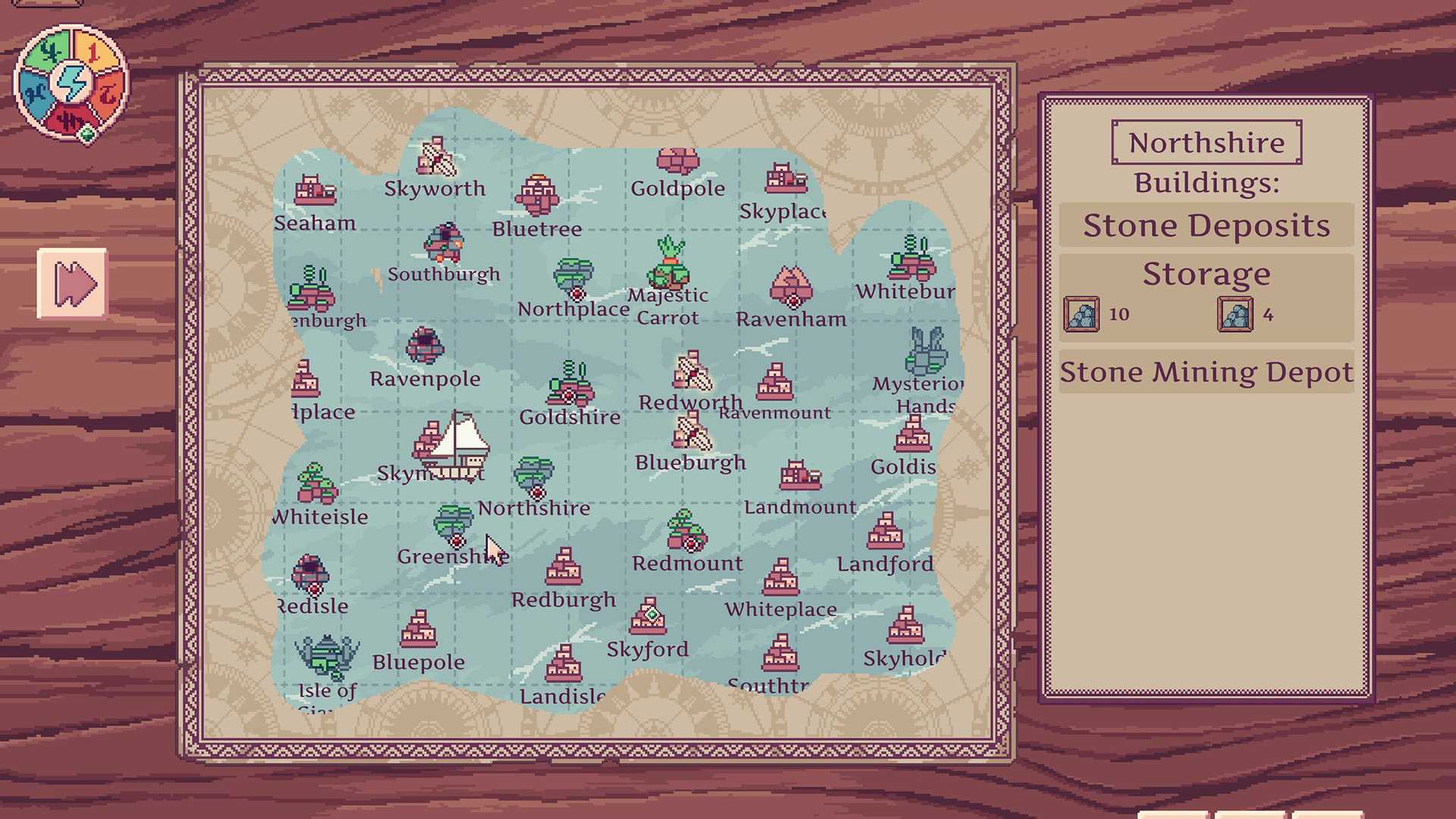 I felt the same way about space capitalism simulator X3: Reunion, which doesn’t have a bank, but does allow you to gradually dismantle the game by automating your way out of every task that’s available to you. In X3: Reunion you could build factory stations, and either personally ferry raw materials between them to keep them up and running, or employ a fleet of AI ships to do all the hauling for you. At that point your job would become protecting your fleet from roving space pirates, at least until you could afford AI gunships to protect the fleet on your behalf. Then your job would become watching your hundreds of robotic employees marching across solar systems like industrious space ants, earning you vast sums of space cash until you could finally build physical pipelines connecting your factories and sack everybody. Then you have reached the best bit of the game, when you’ve nothing to do, and nothing to see, and nothing to feel but the corrupting rot of greed rising in your throat like hot bile. 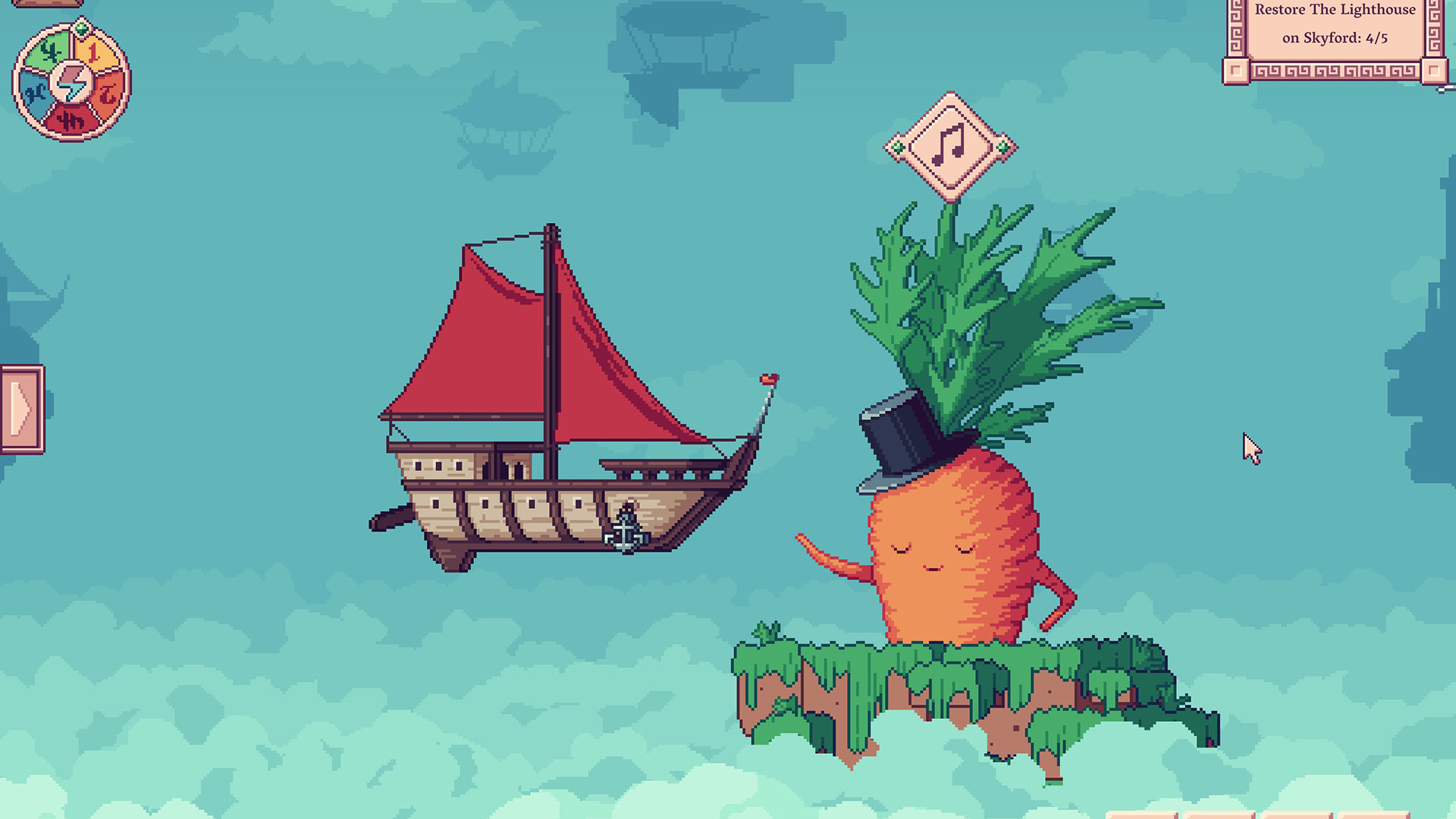 Merchant Of The Skies doesn’t go quite so far as X3 in letting you automate away the more mundane aspects of running an international shipping organisation. You still have to micromanage the day-to-day business of making cash. To make glass you have to fly your airship over to your sand producing island, pile your cargo hold high and manually deposit it on your stone-producing island, where you’ve got an oven working around the clock to transmute the raw materials into more useful resources. The more you invest in upgrading your islands, the faster they produce the things you can sell for cash.

Moving around the map is a matter of just clicking and waiting for the little airship icon to automatically fly to your destination, making sure not to run out of electricity along the way. It is super simplistic, a barebones simulation of an airborne economy that’s very easily won in only a couple of hours, but that still scratches a guilty itch if you’re a fan of this brand of low-effort, grinding progress. To start out you have to deal in simple buy-low, sell-high commodity trading between islands to pull together the funds to buy your first resource-producing island, after which it’s a gratifying snowball of larger ships with more capacious holds and more valuable islands spitting out more expensive materials. 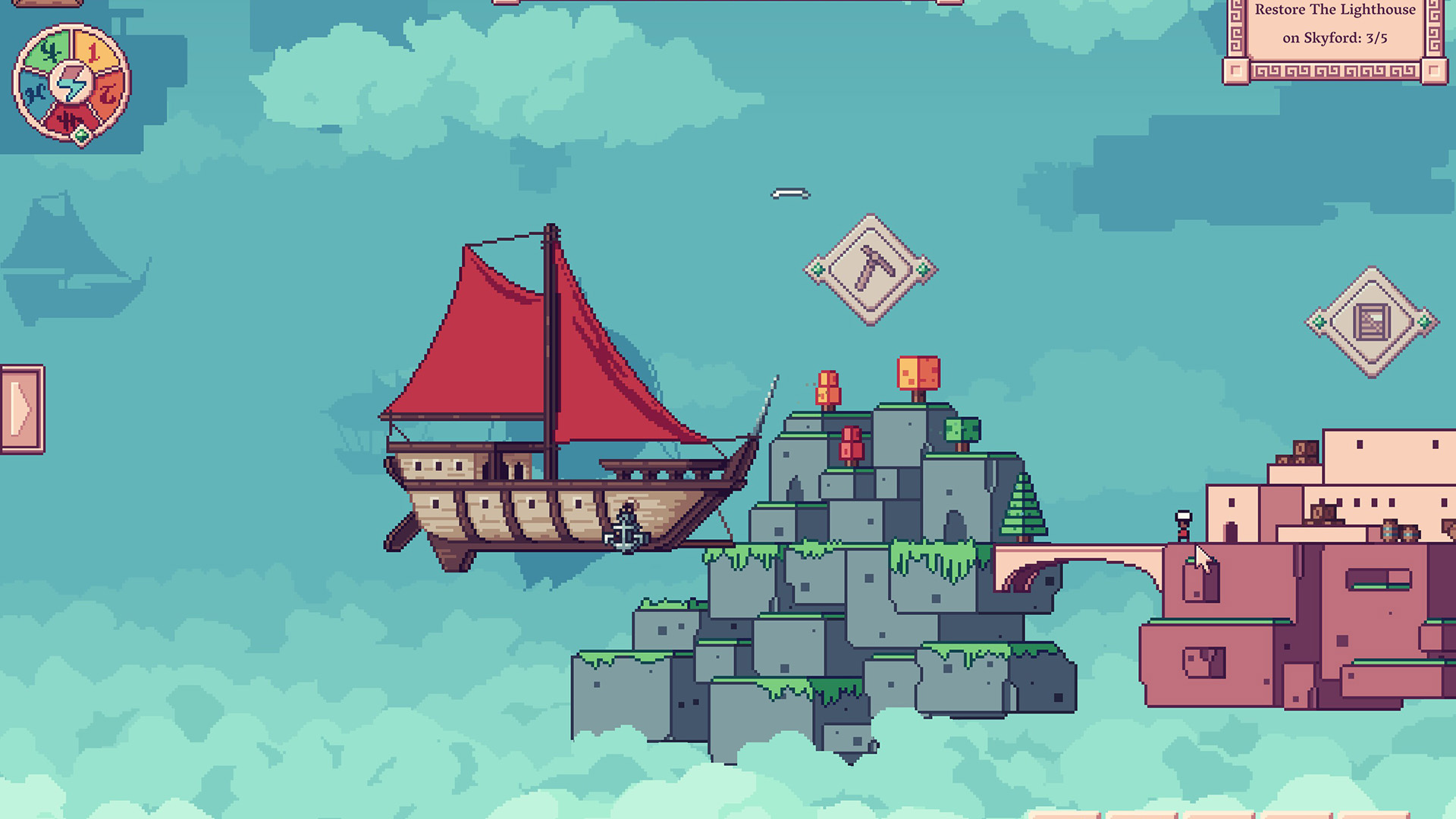 On the development roadmap there are caravans that will automatically transport resources between your factory islands for you, which delights my inner capitalist, but what Merchant Of The Skies could really do with is some rival traders, or some sky pirates to do battle with, or some more involved staff management. Right now you seem to be the only person in the world who’s had the bright idea to buy and sell things for profit, and your monopolistic grip over the skies quickly undermines any sense of reward once everything has inevitably fallen under your trade empire’s control.

This is a pleasant clicker game neatly disguised as something a little more fun and adventurous, and while there are some wonderful artistic flourishes (you can play music to a giant carrot in a top hat for bonus items, and there’s a fish god you can feed apples to) they don’t add anything to the game’s basic systems of moving things around for money. For five pounds and change though, Merchant Of The Skies is an entertaining enough obsession of a lazy afternoon.

Perhaps this is why Richard Branson tried to fly around the world in his hot air balloon, or why Elon Musk wants to live on Mars, or why Bill Gates jumped over a chair. When all industries bend to your will and there is nothing left to do but sit and watch your vast wealth accumulate, the only thing that can bring some semblance of purpose is to launch yourself as far into the sky as you can go. And if that seems like a barely coherent conclusion on which to end a meandering review of an early access game that spent a third of the wordcount talking about X3: Reunion, then I am I truly sorry. And that’s an apology you can take to the bank.