Messy spinoff Metal Gear Survive might not have landed with much grace, but Konami know better than to kill their golden goose; Metal Gear Solid 5: The Phantom Pain. Even if its exiled director is busy hanging out with Norman Reedus and Mads Mikkelsen, they've still got a few people working on MGS5, and their latest annual update finally gives players the chance to play as underdressed and overpowered mutant sniper lady Quiet. Right now she's restricted to the semi-online FOB invasion missions, although given MGS5's mod scene, that may change soon.

Update: That changed. See the mods below.

You can read the full patch-notes for this update here, which includes some new weaponry and weird super-science gadgetry, plus a new single-player-only FOB invasion mode. In all fairness, Quiet isn't the only one going into battle half-naked. 2016's major update - almost two full years ago - got everyone ready for some summer sun, and the following update (which also made Ocelot playable) further expanded the range of swimwear available to all characters. Diamond Dogs should glisten in the sun, after all. 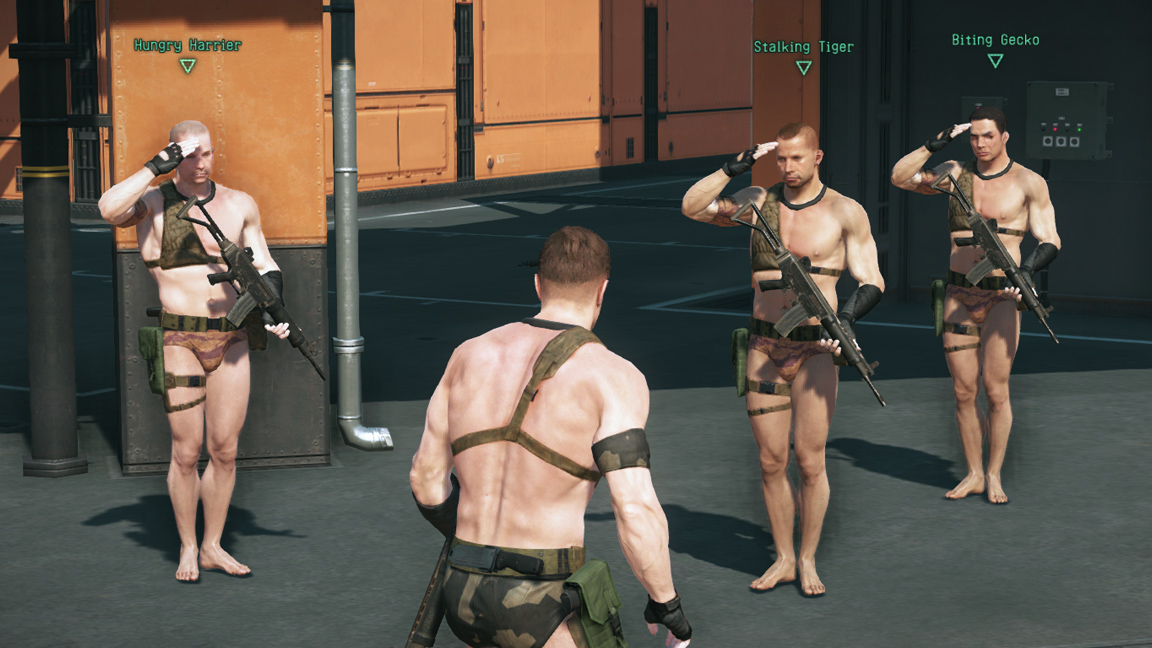 Alice can now rejoice, as this just-updated mod allows you to play as Ocelot or Quiet in any solo mission now. While small, the Metal Gear Solid 5 mod scene are dedicated. Mostly to terrible puns (see below), but sometimes you get something big, like sandbox mod Infinite Heaven, which is now being used as a foundation for user-made mission packs. Metal Gear Solid 5 may have launched without its original planned ending and final boss fight, but it lives on... THROUGH THIS ARM! No, wait, I mean mods.

The July 2018/Quiet update for Metal Gear Solid 5 is out now, and I just noticed that the Metal Gear Solid 5: Definitive Experience pack (which includes standalone prelude Ground Zeroes as well) is down to a very wallet-friendly £5.78 over on Gamebillet right now.