Microsoft Flight Simulator’s accuracy is astounding. I was up far too early to get to the download gate on time, but now I’m just waiting at customs, sweating, while no-one has any idea when I’ll be able to get into the air. All because Microsoft doesn’t know how to pre-load a game.

There's a heart-breaking inevitability that something would go wrong with such an ambitious, internet-dependent game launch, but Microsoft haven't done themselves any favours. The expectation of a pre-load is to get the game onto your black box so you don’t need to worry about it at launch. Microsoft’s attempt at doing this involved pre-loading the 500MB launcher only. The full Flight Sim download is 91GB. That’s a minimum of two hours added to my start time (I thankfully have a spanking internet connection), all while the installer’s lift music loops over and over. The noise, it hurts.

The rest of the download happens in-game, which turns the experience into a nightmare. The game’s menu music is a 16-second loop of dirge that you can’t turn off at this stage, so if you want to you need to mute it using the Windows volume application. If you don't, it just ding-dong-dings while you acquire and install the missing 90.5GB. Every gigabyte is tainted by the soft, ceaseless twang. Every asset poisoned.

It doesn't matter what version you choose. Steam only installs the 500MB launcher, too, leaving the rest to come from Microsoft. That's not what I use Steam for, Microsoft. It took Graham four hours to install via Steam, and because the game is running that means he's two hours past the refund window. He’s going off in the RPS Forbidden Slack Room of Mystery like Eyjafjallajökull, reminding everyone that Halo: The Master Chief Collection pre-load was about 10MB on the Microsoft store, though this is far worse. It's causing a real issue for everyone using up their allotted refund time, and it's bleeding into Steam's reviews. 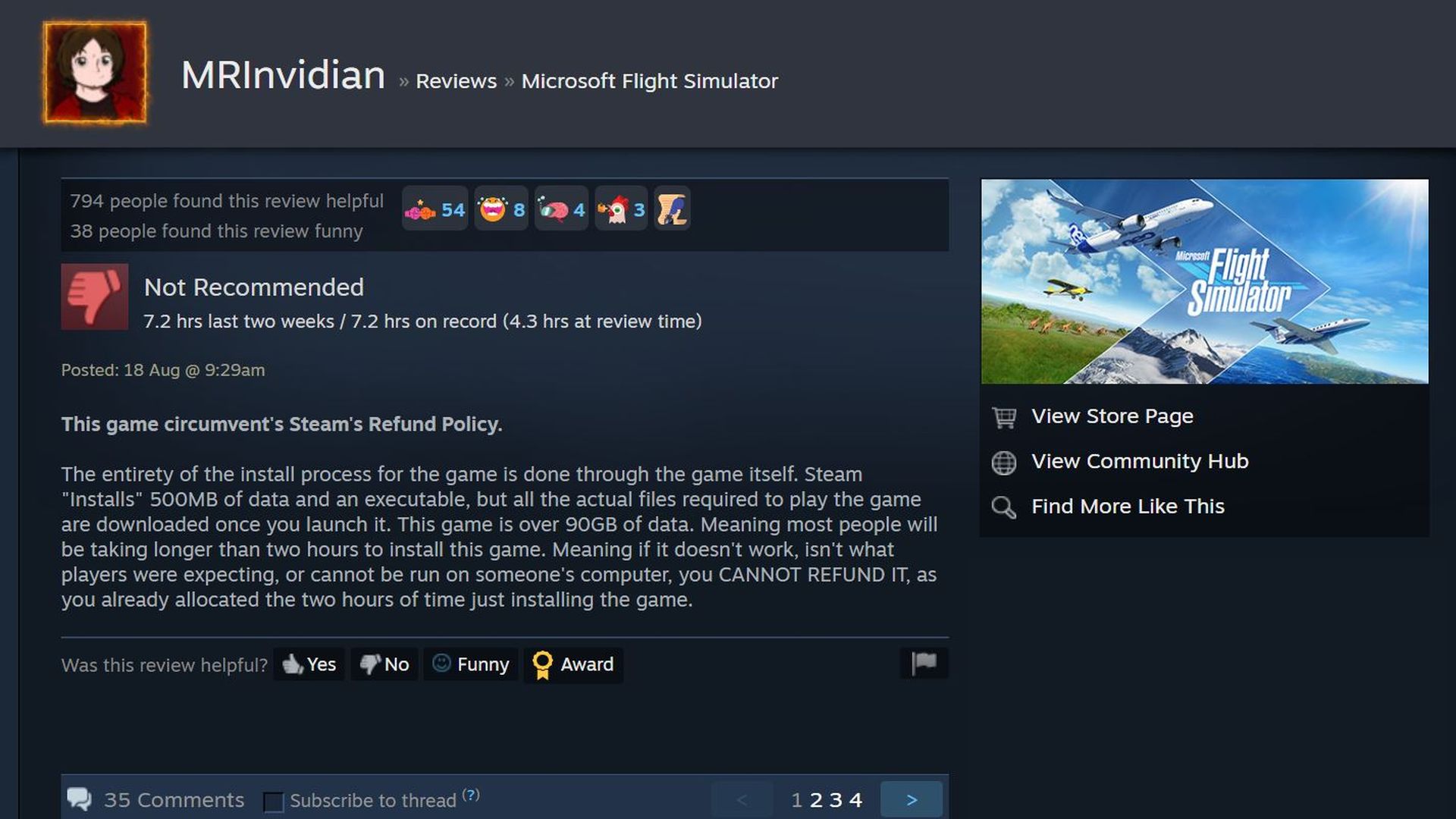 What is happening? I know Microsoft have spent years promising and failing to catch up with PC gaming, but they've been trying so hard of late. Halo on PC, Xbox exclusives on PC, no launch date delays. It's been going so well! But like the Microsoft of old, they have ideas about how to do it that ignores the basic practices that others have laid before them. They’ve somehow turned pre-loading into post-loading. I am now at the four-hour mark of my attempt to get the game to install, when all I wanted to do was generate some prime RPS Content. I hope I don't get bumped to another flight.