If you click on a link and make a purchase we may receive a small commission. Read our editorial policy.
Developer: Ubisoft
Publisher: Ubisoft

I'm used to autobattlers giving me a headache. They're a swirl of intense decision-making - puzzle boxes you've got to pry open and reassemble, while your opponents do the same thing. My first dozen hours with Teamfight Tactics and Dota Underlords were painful, but rewarding. I remember hacking away at an edifice of shifting understanding, slowly mastering the nuances of gold and wizard management. It was difficult. Fiddly as preparing a tartiflette.

Might & Magic: Chess Royale, by comparison, is the jacket potato of autobattlers. Rounds are quick, simple and tasty - but it won't be long before you tire of them.

The basics are the same. Each round, you spend gold to recruit heroes (of Might & Magic) from a random selection. You can also spend gold refreshing which heroes are available to choose from, or increasing how many you can plop into battle. Your main aim is to build an army of units with matching 'synergy' bonuses, which grant them powerful buffs, while looking out for copies of the same hero so you can combine them into a single upgraded version of themselves. Players let their armies auto-whack each other, and lose health each time they lose a fight. The last general standing wins. 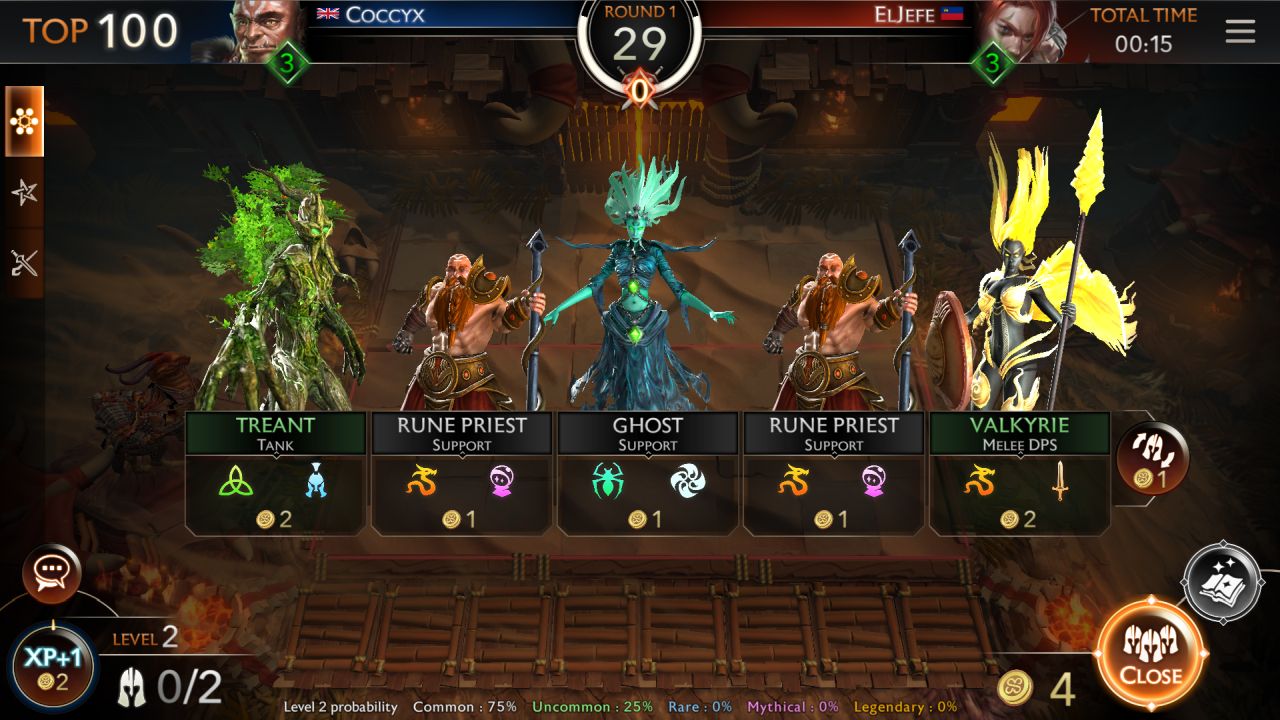 The big difference here is that, in Chess Royale, you're duking it out against 99 other players, rather than the seven opponents you'll find in other autobattlers - because this is apparently what 'royale' means now. You'd think this would be bullshit. An inalienable part of autobattlers is chance, and in a situation where you're up against so many other players, it seems inevitable that one of them will be bound to get luckier than you. You'd think victory would go to whoever happened to dip their hand into the old bag o' wizards and pull out the most copies of a hero, but: nope. Not a thing.

I know this because I've won six games in a row. Now that is bullshit. I normally do OK in Dunderlords and Teamfight Tactics, but I'm always clinging to the coattails of fortune. When I win, it's because I've made gambles that have paid off. Gambles I've had to think long and hard about, sure, but not dependable plays that work consistently. In contrast, it feels like I've already got Chess Royale figured out, despite having played it for a fraction of the time.

There are two big reasons behind that. There are currently only 25 heroes, and refreshing the roster only costs one gold. That gives you much, much more control over your choice of army. You can basically build whatever you like, although the secret to my success is Sylvans. Once you've nabbed all of these nature-based hippies and completed their synergy bonus, they have a chance to do AOE damage every time one of them gets hit. That's a big deal, but I think the bigger deal is that one of them is a near-unstoppable dragon. It seems all I need to do is doggedly pursue dragon copies and hey presto, the game is mine. 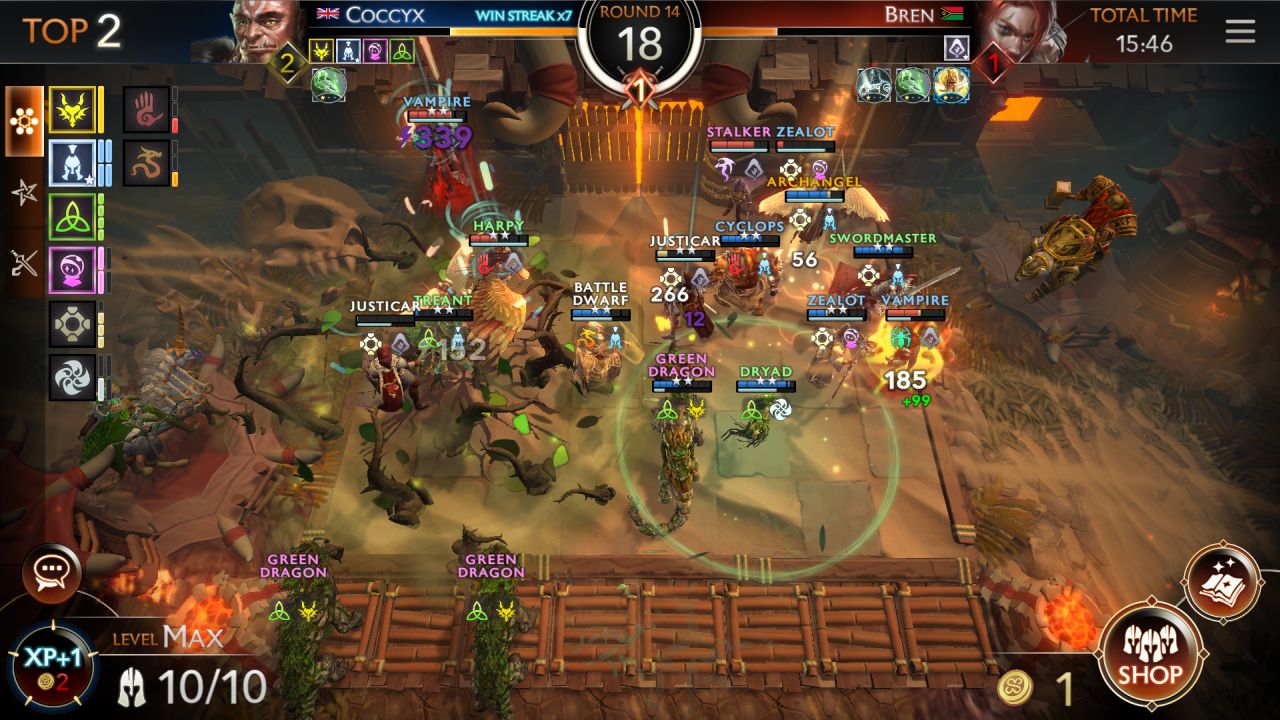 It's a balancing problem, and one I hope will be curbed in the near future. Ubisoft need to do more than fiddle with dragon damage, mind. There needs to be more pressure to mix up my plans, to feel like I'm making the best of bad situations rather than consistently engineering great ones. More heroes will help, I think.

I haven't mentioned spells yet, because I think ignoring them is another part of the reason I'm winning all the time. They're a neat idea, dashed - once again - against the cruel shoals of those balance problems. Every day, you get a different selection of spells you can buy in-game, independently to heroes. A hail of arrows might do damage to every enemy unit, or you might buy a shield that briefly protects every hero on your front line. In theory, that means the puzzle refreshes every day, as you figure out what should be prioritised. In practice, it nearly always makes more sense to save your gold for heroes. Please don't tell the people I've been playing against. 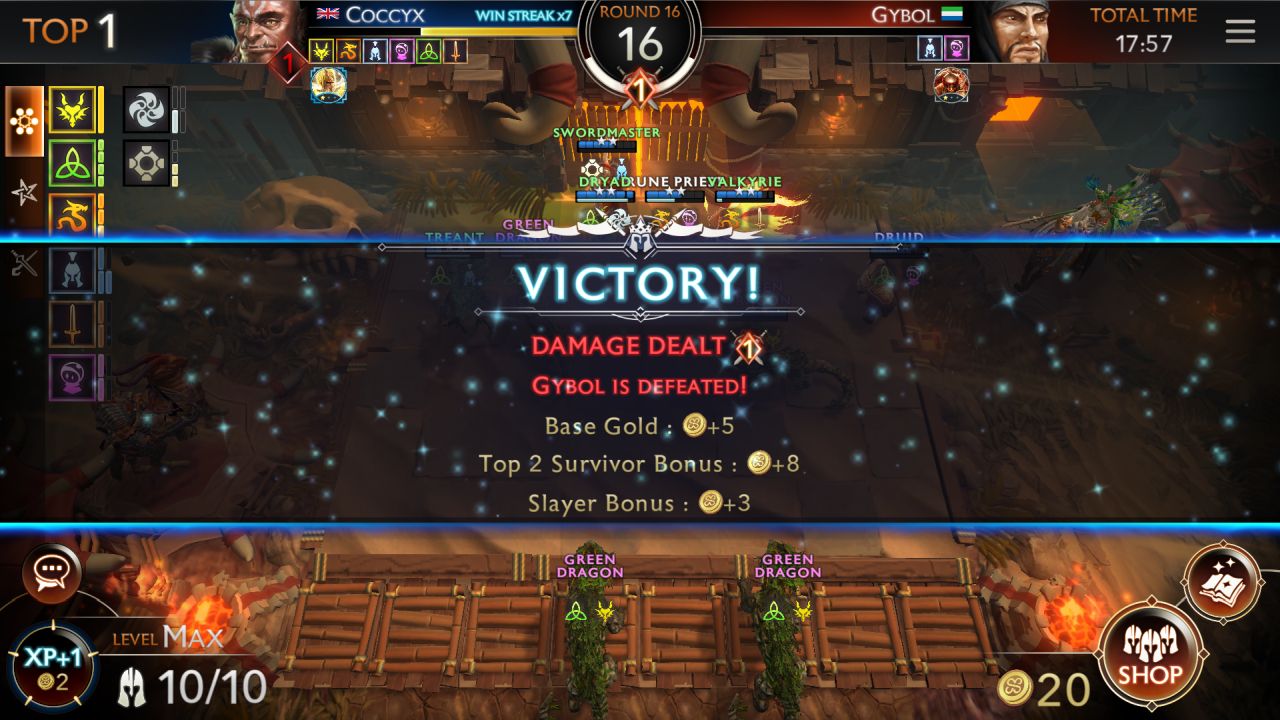 I really do hope Chess Royale can figure itself out, because those spells are promising. The whole game is. Its strategic demands might never run as deep as those of its rivals, but it makes up for that by running so much faster. Rounds never last more than 20 minutes, even if you make it right to the end. That's because players get knocked out after their third loss, rather than having their health slowly chiselled down from 100. The emphasis is always on the present. How do you best spend your gold to keep yourself alive, not in ten rounds time, but RIGHT NOW?

There is a reason you start your kids on jacket potatoes. This is by far the most accessible autobattler I've played, manageable within minutes, rather than hours. It even automatically suggests where you should put your heroes, so you don't wind up losing because you accidentally made your squishy healer stand at the front. I don't always trust its advice, but hey, figuring out when to overrule that advice is part of a much gentler learning curve. 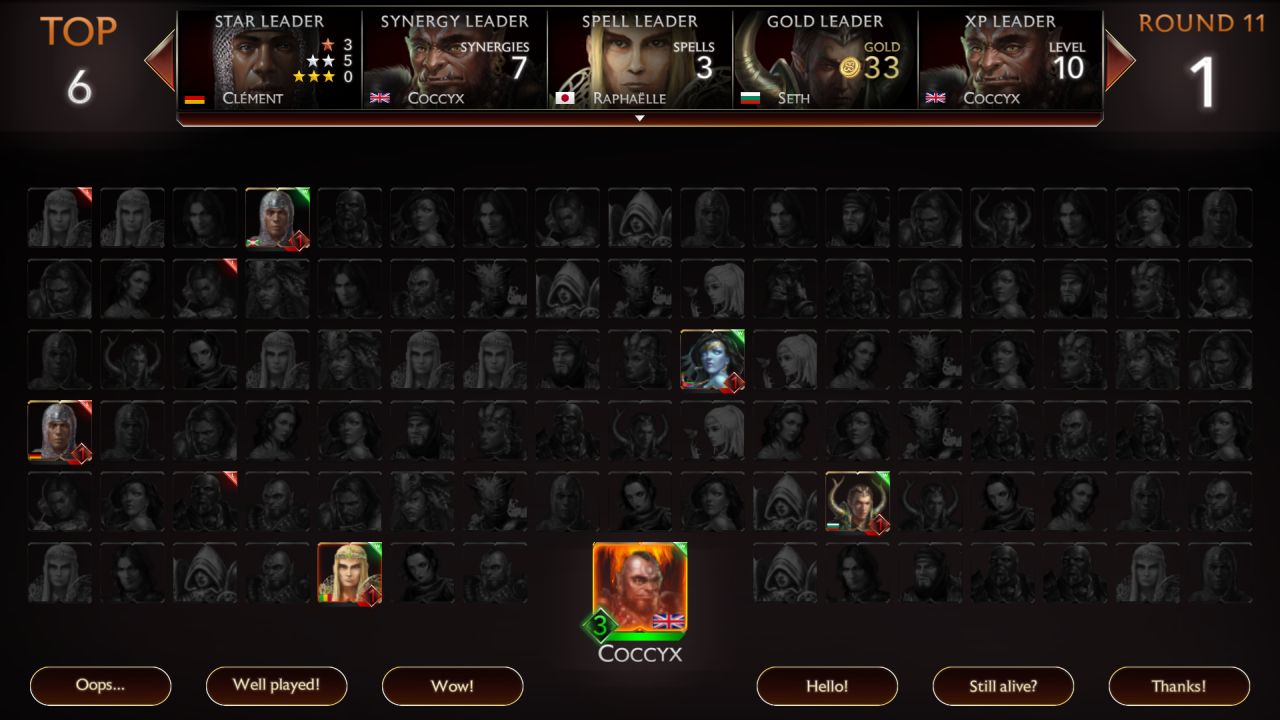 There are annoyances beyond the balance issues. I wish it wouldn't take me to a separate screen between rounds, so I could keep shopping and thinking. The screen shows you who's alive, as people's lights flicker off one by one, gameshow-style. It does a good job of rubbing in how many people you're beating, but I hate being forced to stare at it. Also not ideal is the way you can't check someone's army if they happen to be on the far right of the screen, because when you hover over them, the information vanishes off the side of the screen.

These are quibbles, and I expect it won't be long 'til they're ironed out. Whether Might & Magic: Chess Royale can grow to the point where I'd recommend it to everyone rather than just genre newcomers is a different kettle of spuds, though. Perhaps more toppings will spice up the potato, but what's here is tuna mayo. Predictable and nice, if you like that sort of thing, but quick to go stale.