Welcome back, Commanders. I've returned to an expanded and finalised XCOM 2 this week. Since the launch of 2017's War Of The Chosen expansion and last year's Tactical Legacy Pack, things have been quiet on the XCOM front. The game is finally stabilised, giving modders a nice static test-bed to add new weapons, aliens and features to the squad tactics sandbox. Here's a deep dive on the boldly named "A Better Everything" - a modular overhaul mod package - plus a few fun extras to freshen up your next scuffle with Advent.

XCOM 2 has an odd history of modding. The most ambitious mod for the game was one of its first, thanks to Firaxis commissioning Pavonis Interactive to produce Long War 2. A sequel to Pavonis's fan-made XCOM mod, it offered a wildly different experience with much more strategic management. There's been nothing quite on that scale since the release of War Of The Chosen. A Better Everything, which we're looking at today, is the only project to come close.

For the purpose of today's breakdown, I'm going to assume you have the complete version of XCOM 2: War Of The Chosen. That means all the DLC, Tactical Legacy Pack included, since many mods tap into the DLC for assets. You'll also need a couple of prerequisite mods that many others require. Missing Packages Fix restores some files weirdly absent from War Of The Chosen, and the Community Highlander provides vital hooks that a lot of XCOM 2 mods attach to. You also may want the Mod Config Menu, which lets you tweak some mods directly in the options menu.

The mod making everything better

A Better Everything by "DerBK" is probably the biggest expansion to War Of The Chosen so far, broken up into modular bits so you can pick and choose what you like. It's not as wildly ambitious as Long War 2, but does make for a more complex, harder War Of The Chosen campaign. The dev recommends playing one difficulty level lower than you'd normally pick, and that seems fair.

The heart of this pack is A Better Advent, which does exactly what it says on the tin. It adds tons of enemy variety throughout, but most notably towards the end of the game, where you could end up overpowering the enemy. Now, you've got exploding and climbing Lost to make swarms that little bit scarier, renegade Skirmishers gone back to Advent, rocket troops and incendiary Mutons and Vipers. Worst of all are Primes, fancy lookin' late-game variants who get extra actions when hit, similar to Rulers. It also gives enemy AI a tune-up, so don't expect your old tactics to work.

It changes the feel of the game from the very first mission. Called Gatecrasher, it introduces you to Advent Gunslingers, Heavies and sneaky medical drones that heal enemies as a reflex action. They're not any tougher than 'vanilla' enemies, but each presents new problems, especially when they're combined. It adds some of that unpredictability that I loved in Long War 2, without making it feel like a total crapshoot. 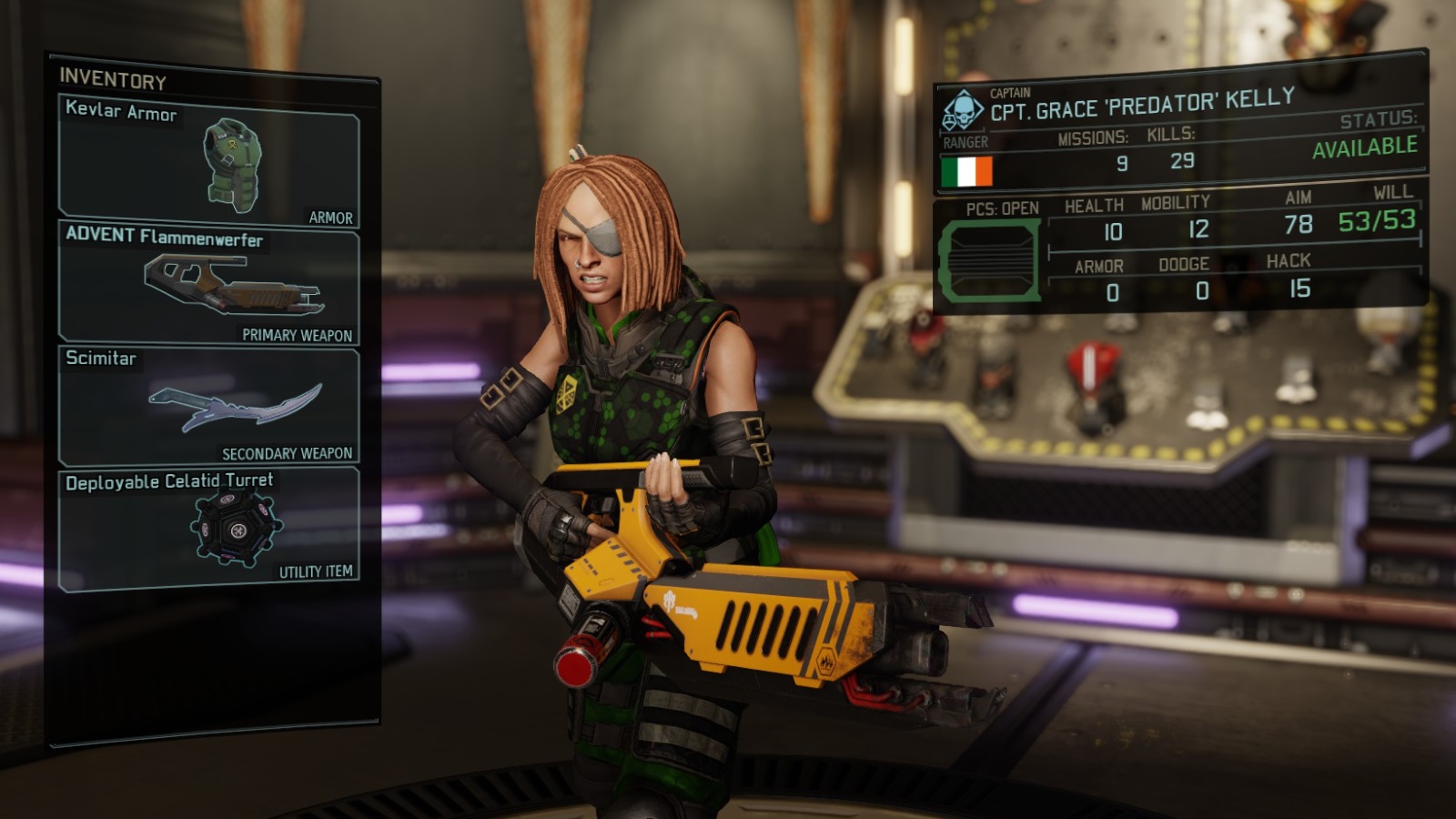 A Better Barracks overhauls your units, giving you new options to deal with all the new problems introduced by A Better Advent. There are eight basic classes, with complex, semi-randomised skill trees, and a wider choice of weapons before you even factor in new types. Cannibalised Advent flamethrowers stolen from Purifier units are fun, behaving like incendiary shotguns with a flame cone alt-fire that drains a lot of fuel. Also included are Smartguns, which automatically enter overwatch after firing, and SMGs which let you move, fire and move again at the expense of lower power.

Some fundamentals have been tweaked too. Shotguns are reloaded one shell at a time, while autocannons take a full turn to reload. Psionics are now granted solely through Psi Amp and Armour sets, making Templars the only dedicated psi units available. It gives all the other classes more room to breathe, and flexibility to spec into tangential psi-powers. SPARKs are easier to build now, but lack the semi-random perks on their skill trees, because robots aren't very creative. 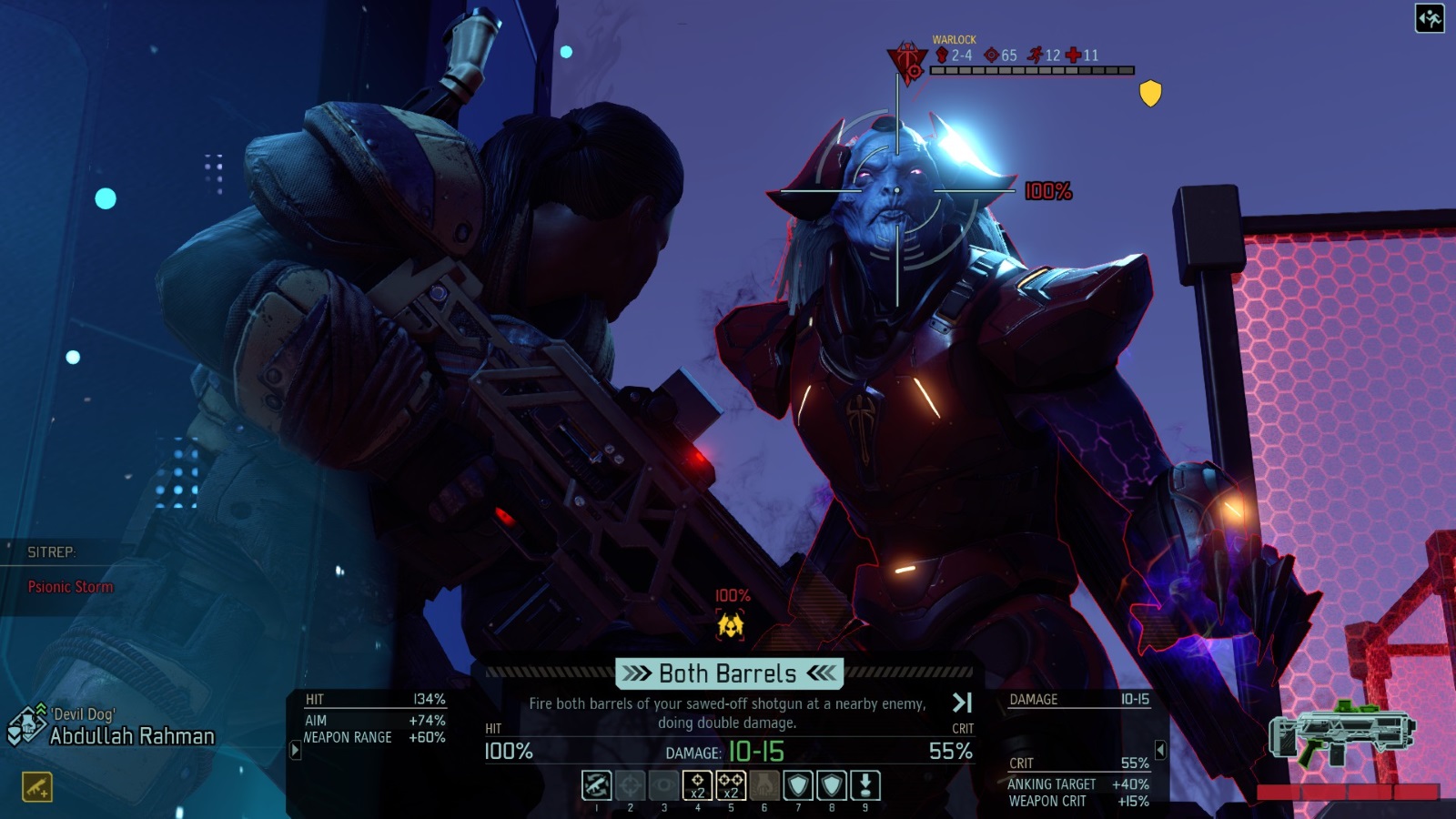 A Better Chosen is less dramatic in its changes, making small tweaks to the Assassin and Hunter, but overhauling the Warlock. He's now a sneaky psychic arsehole, liking to hide half a map away while summoning explosive psi-ghosts near your squad. It also makes all three Chosen more likely to tap out of combat by kidnapping one of your troopers, leading to more sneaky rescue missions, and making the Chosen just that little bit easier to hate. Consequently it's far more gratifying when you sneak up on one of them with a sawn-off shotgun, as seen above.

Other smaller parts of this pack are A Better Militia, which rolls back some of the power buffs that War Of The Chosen gave resistance soldiers and respecs them into defensive fighters. They suppress and flash enemies as long as they can, buying you more time to get into the fight. A Better DLC adds some DLC-only weapons and perks to Advent units, like a freezethrower soldier, a heavy melee guy with a throwing axe and self-destructing SPARK units. Nothing huge, but it helps tie everything together. 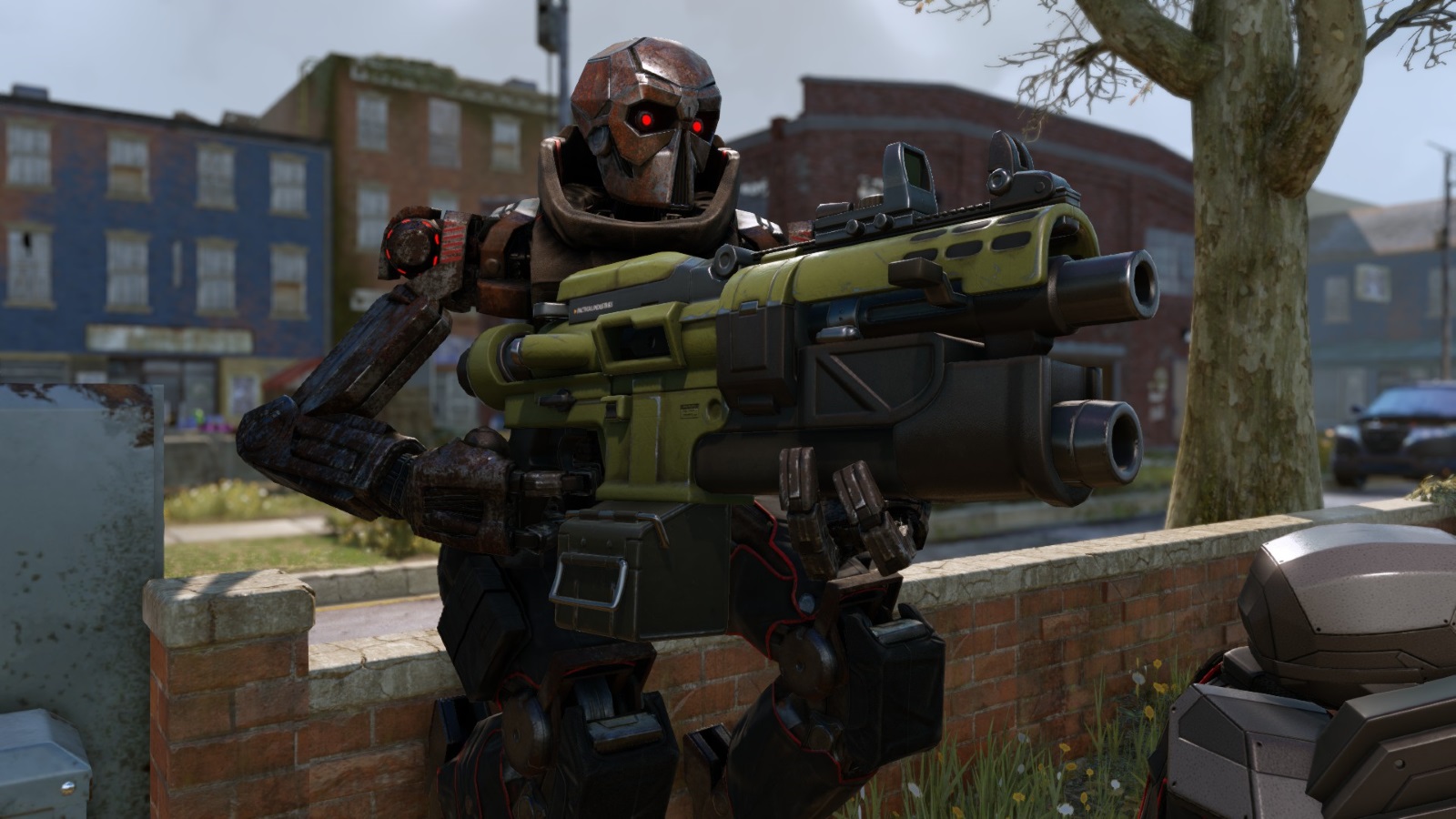 Lastly, A Better Campaign (available in regular and pod-size increasing Plus versions if you want a starting squad size of six) integrates enemies and spawn rules from A Better Advent in story missions. This can make some missions easier (get to the Forge early and you only have to fight a janky prototype Sectopod), some harder (fashionably late? Sectopod Prime!), and some just hairier all round.

And just to surprise me, DerBK released one more mod while I was writing this. ABA: Better Missions is still early in development, but adds a few new mission types that scale through the campaign. Assassination missions against alien leaders, search and destroy missions to hunt prototype robots, plus special Chrysalid-hunting excursions. There's more to come, but for now it's mostly a chance for higher-level enemies to be introduced early, giving you a peek at things to come and functioning as mini-bosses, which sounds like fun. 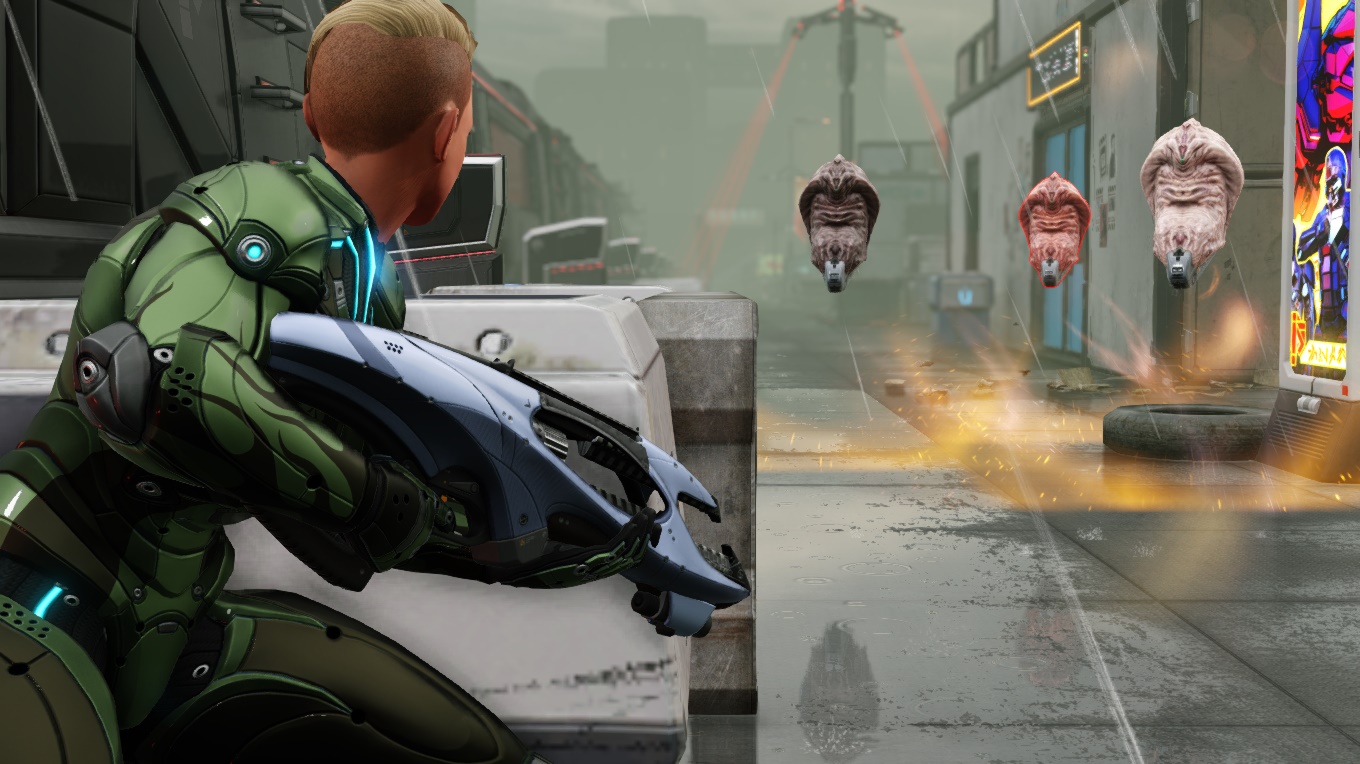 As well as A Better Everything, I added some spice to my campaign with some bonus alien types and dress-up items. All of these are by "Team CreativeXenos" unless otherwise stated, who have produced a whole raft of fun new baddies to fight.

The Celatids are maddening, horrible little acid-spitting gasbags brought back from the DOS original, and I have no idea why I added them. Granted, they're well animated and integrated, but sometimes I find myself missing regular Advent troops. On the plus side, researching them lets you build deployable bio-mech turrets, which look amazing and can be upgraded to later weapons tiers.

A more immediately interesting new enemy to fight are the Advent Pathfinders. They're low-to-mid tier troopers with lighter guns, but higher agility and armour, and AI that makes them fight like absolute mad lads, rushing in for flank shots even if they're exposed to counter-flank fire. Mainly, I love them because they fit in perfectly with the other Advent units, but with a little extra flair thanks to their giant caped shoulder-pads, like an '80s anime ghillie suit.

Similarly styled to fit in are Advent Custodians, and their beefier cousins, the Exalted Custodians, who join the fight in the later and final phases of the campaign, respectively. They're huge power-armoured troopers with tower shields and brutal energy shotguns, and use their bulk to survive as they cross the distance towards your troops.

The Exalted variants, which I've luckily not encountered yet, sound even meaner. They've traded in some of the artillery for sleeker armour, and crammed psychic super-bastards into the tin cans instead. The top-tier Grandmaster units have open-faced helmets and even fancier looking gear, and can buff their squad for additional violence. A good reason to carry lots of explosive, shredding or otherwise armour-piercing weapons into the endgame. 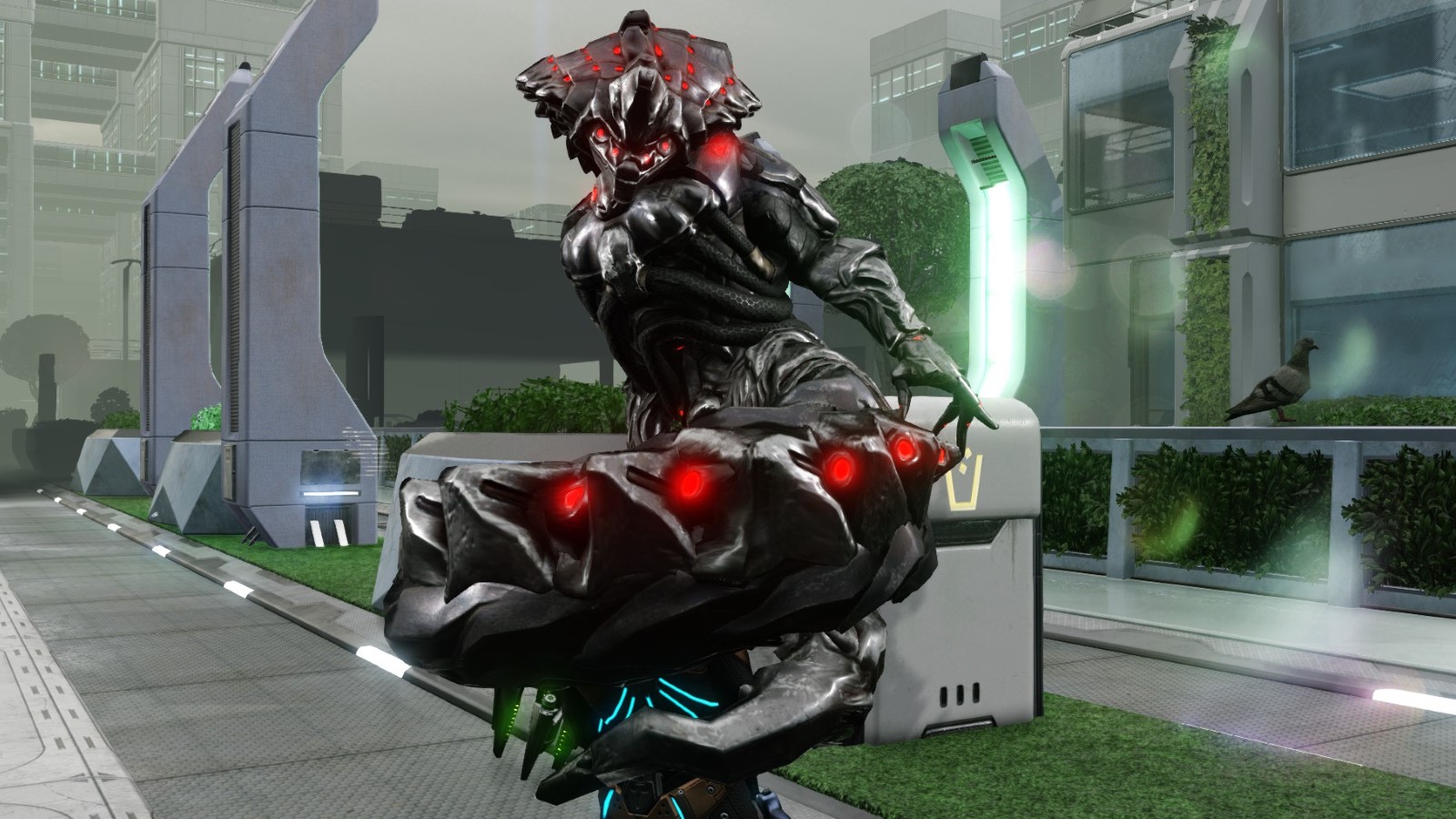 I adore how the Armoured Vipers look - still the same species, but more alien. Meant to be the males of the species, they come in two power-armoured varieties. Regular ones are immune to fire and have blast padding, while the Psi variant use the Focus system from the Templars, have a burning psionic sword, and when out of range they just shoot MIND BULLETS that bypass armour entirely.

Of course, what fun is saving the earth if you don't look fabulous doing it? The one I've had most fun with is the Community Pose Pack, which includes a range of serious and silly victory (and death) poses for the photo booth. Yes, you can dab now. The Male and Female Hair Packs by "Kexx" are a must-have, adding a ton of game and movie-inspired hairstyles, including the ever-stylish Action Mullet. While sadly lacking a male counterpart, Kexx's Female Clothing Pack adds civilian clobber for the ladies. Lads will have to make do with tactical rigging. 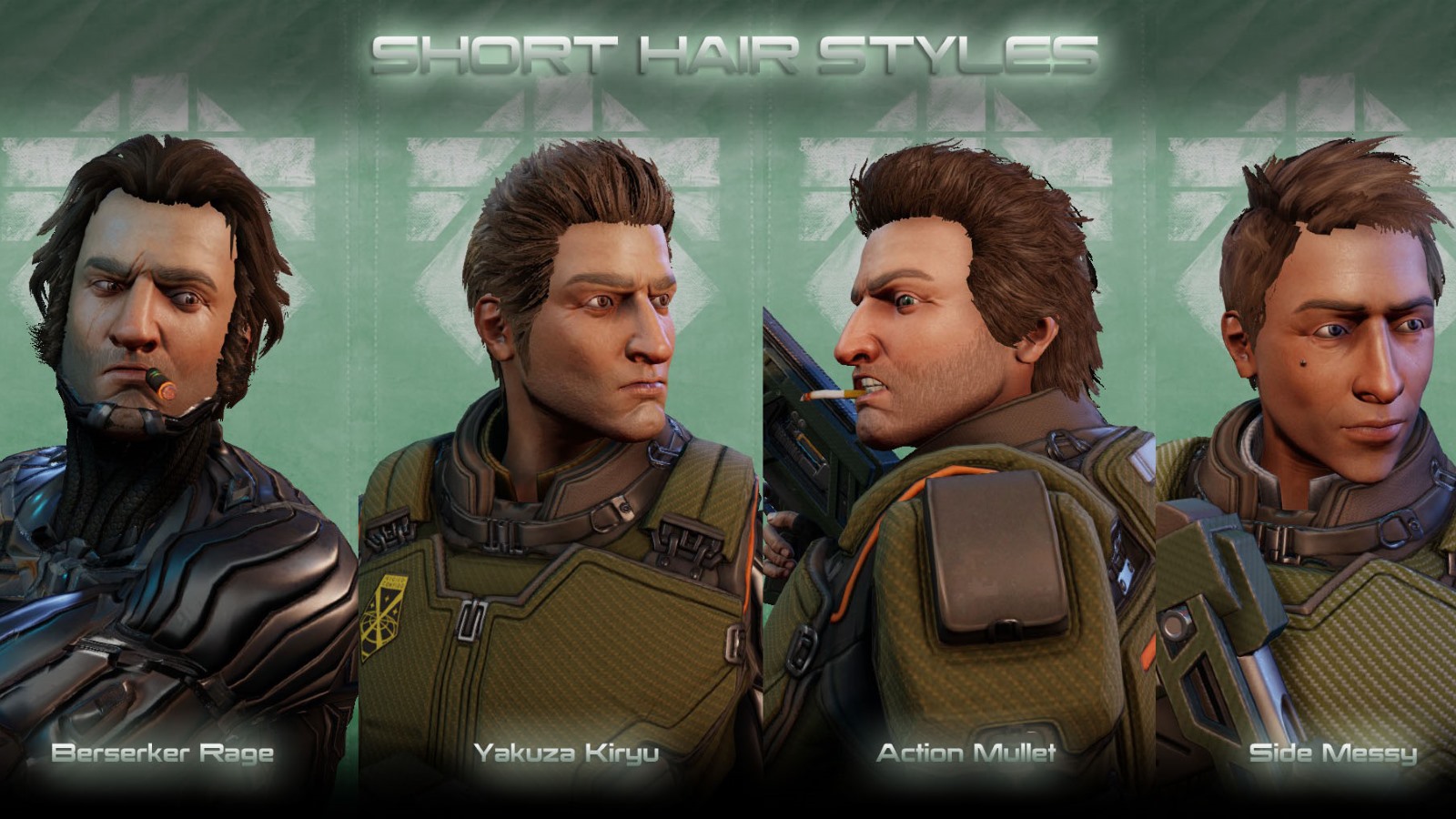 Minor mod-wise, I can't live without Soundtrack Restoration by "Krzyzyk", which lets you use all three optional soundtracks at once. Stop Wasting My Time by "BlueRaja" and co speeds up combat animations, and Less Overwatch Lock Ups by "Mr. Nice" forces the game to tap out if it gets stuck waiting on an animation. It's worth checking out Mr. Nice's other works, which include fixes for more minor bugs that never got patched. I also swear by these jumbo packs of Place, Mission and Character names by "James J. Tanner" and "I_Burner" for that truly international vibe.

XCOM 2 modding has slowed a bit, but keep watching the skies and this page on the Pavonis Interactive forums. While not produced by Pavonis proper, Long War Of The Chosen is exactly what it sounds like; an expansion-compatible version of Long War. After a long series of internal alpha tests, they're getting ready for a beta launch soon. Whether that means days, weeks or months from now, I've no idea, but I'm expecting dizzying complexity and a seventy-plus hour campaign, now with added space wizards. 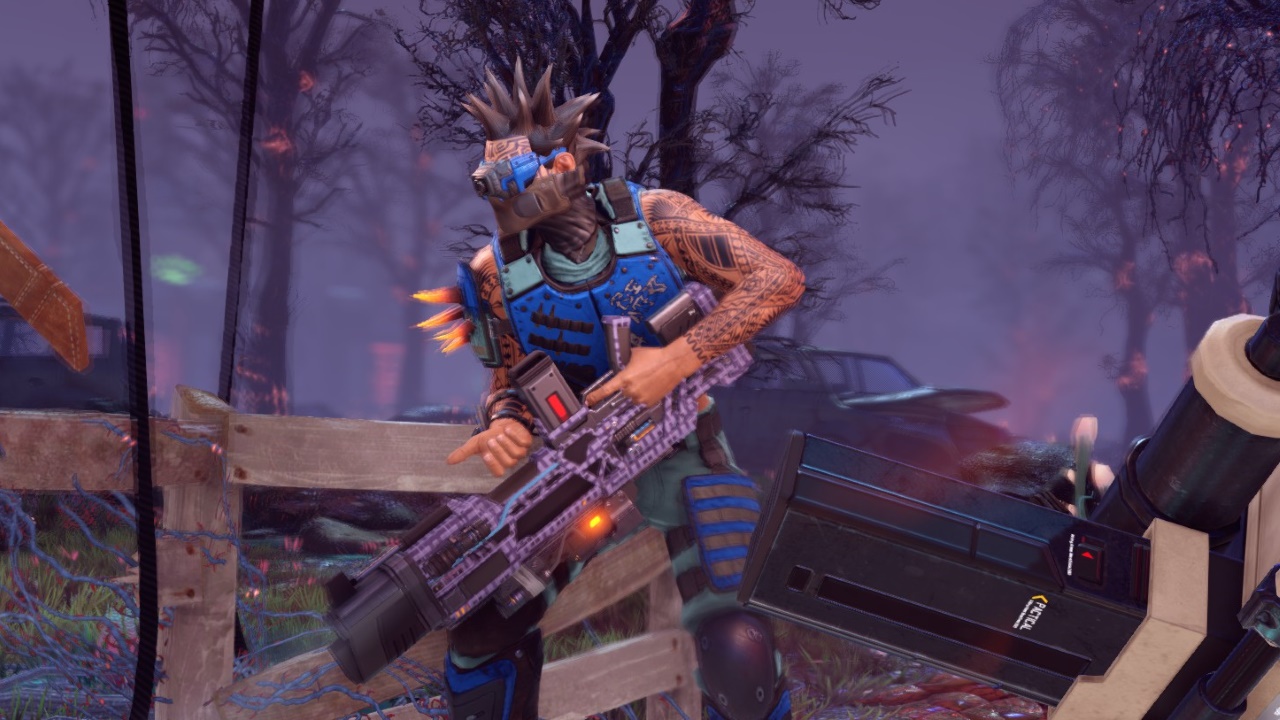 You can also read about the fine details of A Better Advent/Barracks on DerBK's official page. Because I'm nice, I've gathered up all the mods (including some minor ones not listed here) I use into a single Steam Workshop collection for easy bulk subscribing with one click. This includes the 'Plus' version of A Better Campaign, so you'll want to go into Mod Options (a new button at the bottom of the options panel) and increase squad starting size to 6 to compensate for the extra baddies.