Space explorers in Hello Games's No Man's Sky can now experience the pleasure of finding ancient alien religious sites, then ramping off them in a giant spacebike while hootin' and/or hollerin'. The Akira-meets-Popemobile beauty above is the Pilgrim, a new Exocraft added in today's vehicle-focused update. Players wanting to take it for a spin should check out their nearest Blueprint Analyser, and look for the Pilgrim Geobay, along with a new device allowing you to summon ground vehicles anywhere on a planet's surface. Check out the full patch 1.63 notes here.

Exocraft should be more useful all round as of this update. Their inventory sizes have been increased, the Colossus moves faster, and ground craft can now be tuned and tweaked the way you would your ship or suit. You can repaint your Exocraft, too, adding decals and changing boost flame effects. On another aesthetically pleasing note, while not in the slightest bit realistic they've also made space-fleets visible from planetary surfaces. Nice to see them building on that pulp sci-fi novel art aesthetic, and give us more excuses to play with the photo mode. 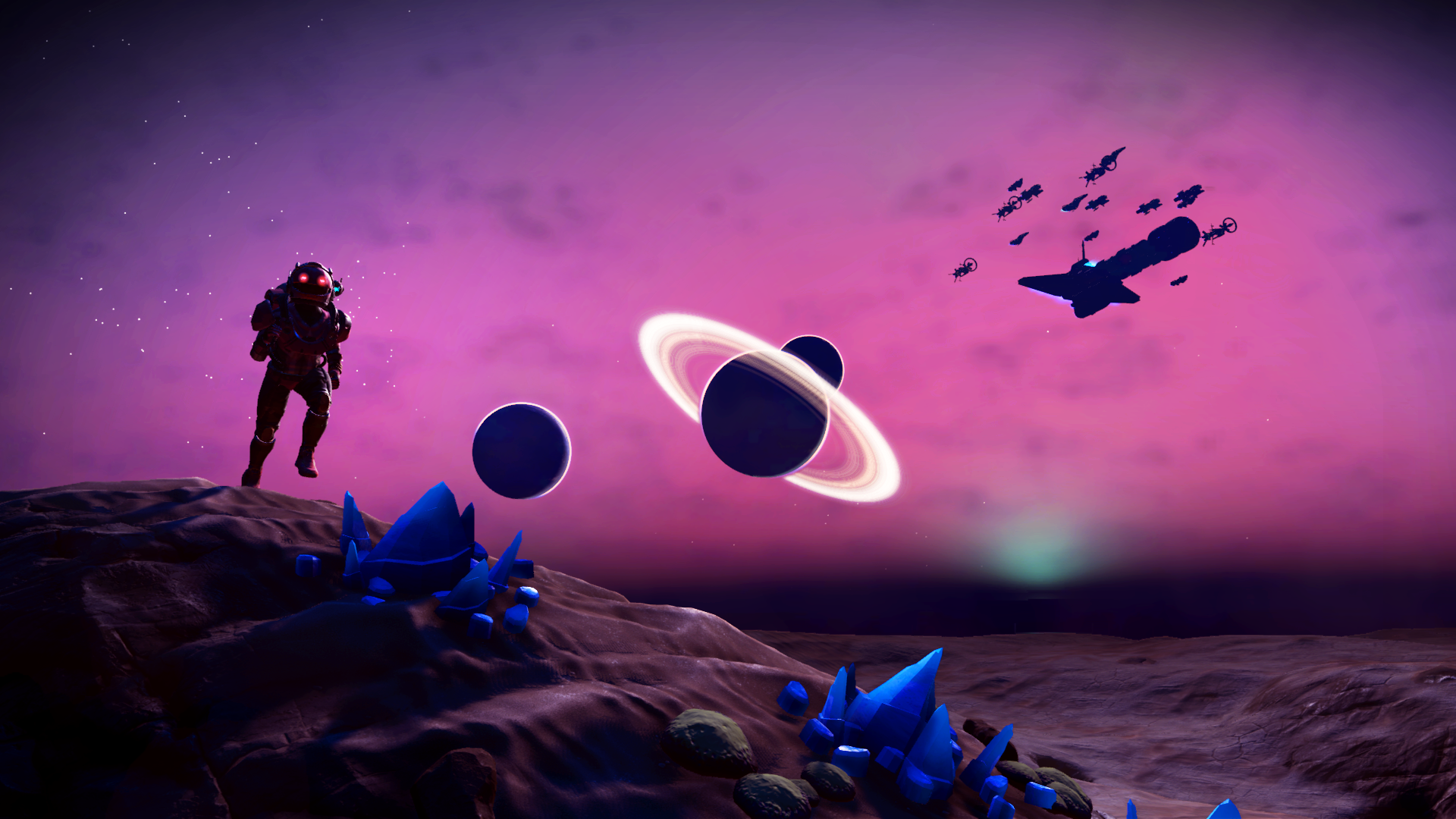 Outside of vehicular and visual improvements, there's the usual bug-fixes and minor tweaks, including an (experimental) performance boost to terrain tessellation effects. Unfortunately, the current live event in-game will continue for another week unchanged, so keep grinding away at Specialist Polo's current mission if you want to reap its rewards. Hello Games are teasing big things, though - "-the trace of another Traveller-Entity beyond this reality suggests the recent galactic changes may have wider-reaching impact than is yet understood", say the patch notes. Ominous.

Patch 1.63 is out now for No Man's Sky, which I just spotted is discounted down to a wallet-friendly £16/$24 over on Green Man Gaming.