The intrepid team of interstellar architects at Hello Games have already announced another update to No Man's Sky. Anyone hoping for something the size and impact of August's Beyond will need to ease off the hype-r drive (ugh): Synthesis, as founder Sean Murray called it, looks to be a bundle of "polish and small quality of life improvements" aimed at smoothing your experience traveling among the stars.

What Synthesis ultimately delivers will largely depend on developer definitions of "small" and "polish". It's been just over a year since Visions last calibrated No Man's Sky's planet generation algorithms, and the universe tends to feel a smidge less infinite when I keep encountering the same ten or so biome flavours. And while past tweaks to terrain has broken up boring stretches of geography, I'd trade my finest S-Class exotic fighter for some truly fantastical, perhaps even impossible, sci-fi landscapes.

Realistically, players should expect a hearty round of bugfixes and optimization. Past named updates endeavoured to reduce load times and prevent consoles from melting a hole through the floor. One of Beyond's four fundamental pillars streamlined resource collection, base building and inventory management. At the time, Hello Games said this was an ongoing mission. Further smoothing of the recently expanded multiplayer experience also seems a safe bet. My computer doesn't yet qualify for senior assistance, but it still labours to render large bases or more than five Travellers chilling in the Nexus, the main multiplayer hub. I shudder to think what 32 players and their questionable piloting skills would do to my graphics card. 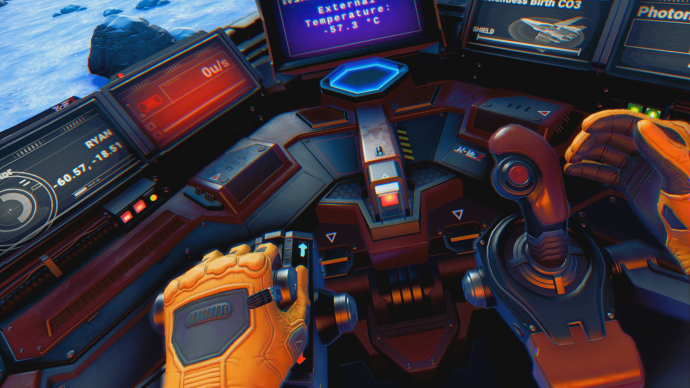 No Man's Sky's VR experience earned knocks on release for blurry textures and a general lack of optimization, especially on PS4 Pro models. Expect Hello Games to continue tweaking and tuning, especially given its recent Game Awards nomination in the Best VR/AR category. While I haven't had the pleasure of blasting sentinels in VR, the studio's dedication to this version of the game means future updates will devote serious resources to further improvement.

Murray and Co. simply haven't provided enough information to wager with any certainty which part of No Man's Sky will be dog-eared for sprucing up, not to mention the lack of release dates. In the meantime, players should re-holster their pls gibs and continue to enjoy the slowly unfolding story within the weekend missions. I still have no inkling where all this chaotic portal closing will end up, but I sure do appreciate the quicksilver.