Facebook have confirmed that the Oculus Quest 2 will start from £299 / $299 when it launches on October 13th, which is a full £100 / $100 less than the original Quest. Sadly, the arrival of the Quest 2 also signals the death of our current favourite VR headset, the Rift S, as Facebook also announced they'll be focusing on standalone VR headsets going forward, and that they will no longer pursue PC-only hardware. A sad day, indeed.

After accidentally leaking their new standalone VR headset earlier in the week, Facebook finally unveiled the Oculus Quest 2 in full during their Facebook Connect developer conference this evening. As we saw yesterday, the Quest 2 will be powered by Qualcomm's Snapdragon XR2 chipset and 6GB of RAM, and its display will have a per-eye resolution of 1832x1920, making it Oculus' highest resolution display yet. It will be available with 64GB of storage at its base price of £299 / $299, but there will also be a 256GB model for £399 / $399.

The Quest 2 isn't just packing more powerful hardware. Its refresh rate has also finally been bumped up to 90Hz. Not all games will support the 90Hz refresh rate display at launch, though. So far, Oculus have said that system applications including the Home Environment, the Explore app, the Oculus Store, browser and Oculus TV will have 90Hz support on day one if you opt in via the Experimental Features setting, but developers won't be able to start tinkering with it until a later date. "We’ll open up 90 Hz to all developers soon after launch," said Oculus.

It has a new, slimmer design compared to the original Quest, too, which shaves 10% off its overall weight. Oculus have also added an interpupillary distance adjustment mechanism this time, which offers three settings to help users get a better fit and sharper picture.

Every Quest 2 headset will come with a new pair of Touch controllers. As well as a more ergonomic design, their tracking tech is now more efficient, according to Oculus, helping to increase battery life so they last four times longer than the original Quest controllers. 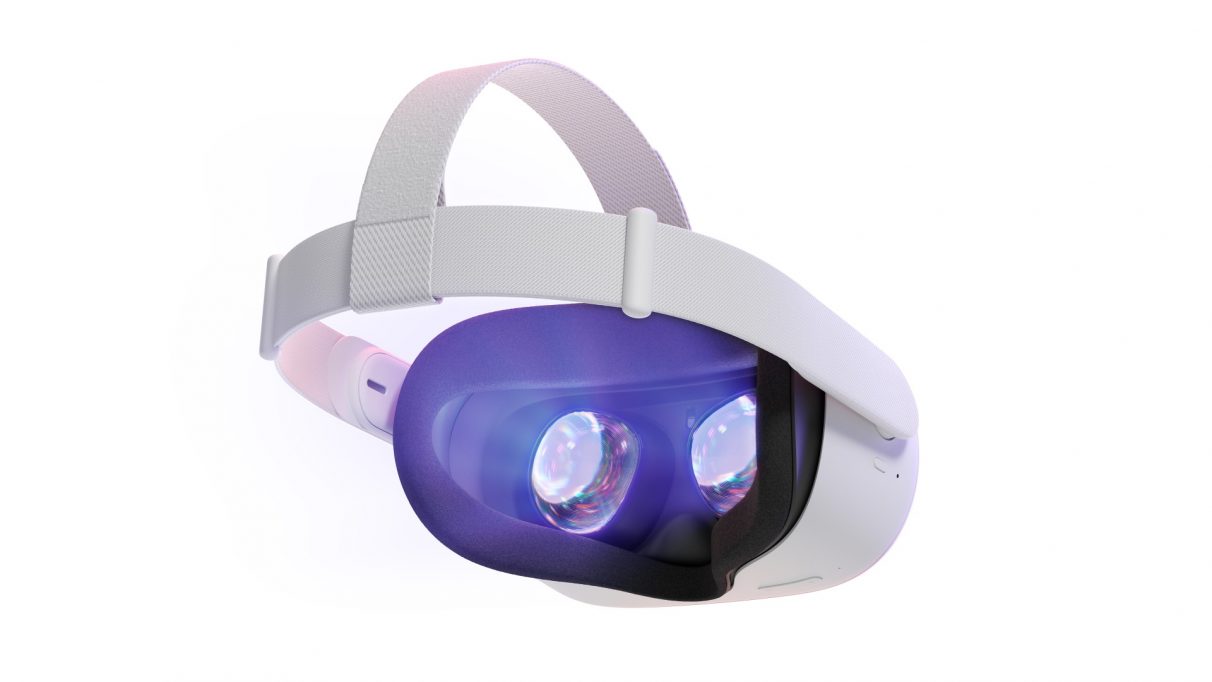 Speaking of battery life, the new Elite Strap with Battery accessory will also help keep you playing VR for longer, with Oculus claiming it will deliver double the headset's regular playtime - which you'd jolly well hope so, given it costs almost half as much as the headset itself at £119 / $119. The £49 / $49 Elite Strap, meanwhile, adds a fit wheel to the back of the headset to help balance it and provide more support round the back of your head.

Oculus also announced they're bringing Oculus Link, the tech that allows Quest owners to play Rift S titles on their PC, out of beta later this autumn, bringing with it full support for the Quest 2's new 90Hz refresh rate. Oculus hinted at a new "united system experience that taps directly into the Quest user interface" coming next year, which will let players find their PC games and Quest titles all in the same place, but didn't elaborate further.

That's partly because Oculus will no longer be pursuing PC-only VR headsets, they confirmed this evening, with sales of the excellent Rift S ending sometime in 2021. Oculus insist they aren't killing the Rift platform completely, but when the following statement is all they've got to say on the subject, I'm not exactly holding out much hope:

"In fact, we've seen significant growth in PC VR via Oculus Link, and the Rift Platform will continue to grow while offering high-end PC VR experiences like Lone Echo II and Medal of Honor: Above and Beyond well into the future," Oculus said in their blog post.

Naturally, sales of the original Quest will also cease once the Quest 2 starts shipping on October 13th. Support for the headset will continue, according to Oculus, but they don't say for how long. Pre-orders for the Quest 2 are open now, but remember, you will need to log in via a Facebook account in order to use it.