I'm not rad keen on the word psychedelic. It means too many different things to too many different people. One person might deploy the word as hip shorthand for "unsettlingly colourful", and another might think you're talking about a profound substance-induced journey into the inner machinations of the soul. Both of these imaginary people are being silly.

That needed saying, because the free ten-minute demo for Ode To A Moon is psychedelic as heck.

Developers Colorfiction describe Ode To A Moon as a first-person thriller, but that's not how I'd describe the demo. It's a disjointed slice of psychedelic meandering, loosely framed by your role as a journalist on a field trip.

You start off in your apartment, poking at evidence of your drinking habit and the quote unquote worthy literature you've left lying around. Then you're off to see an eclipse and interview a man about its concurrence with a harvest festival. Then reality collapses. 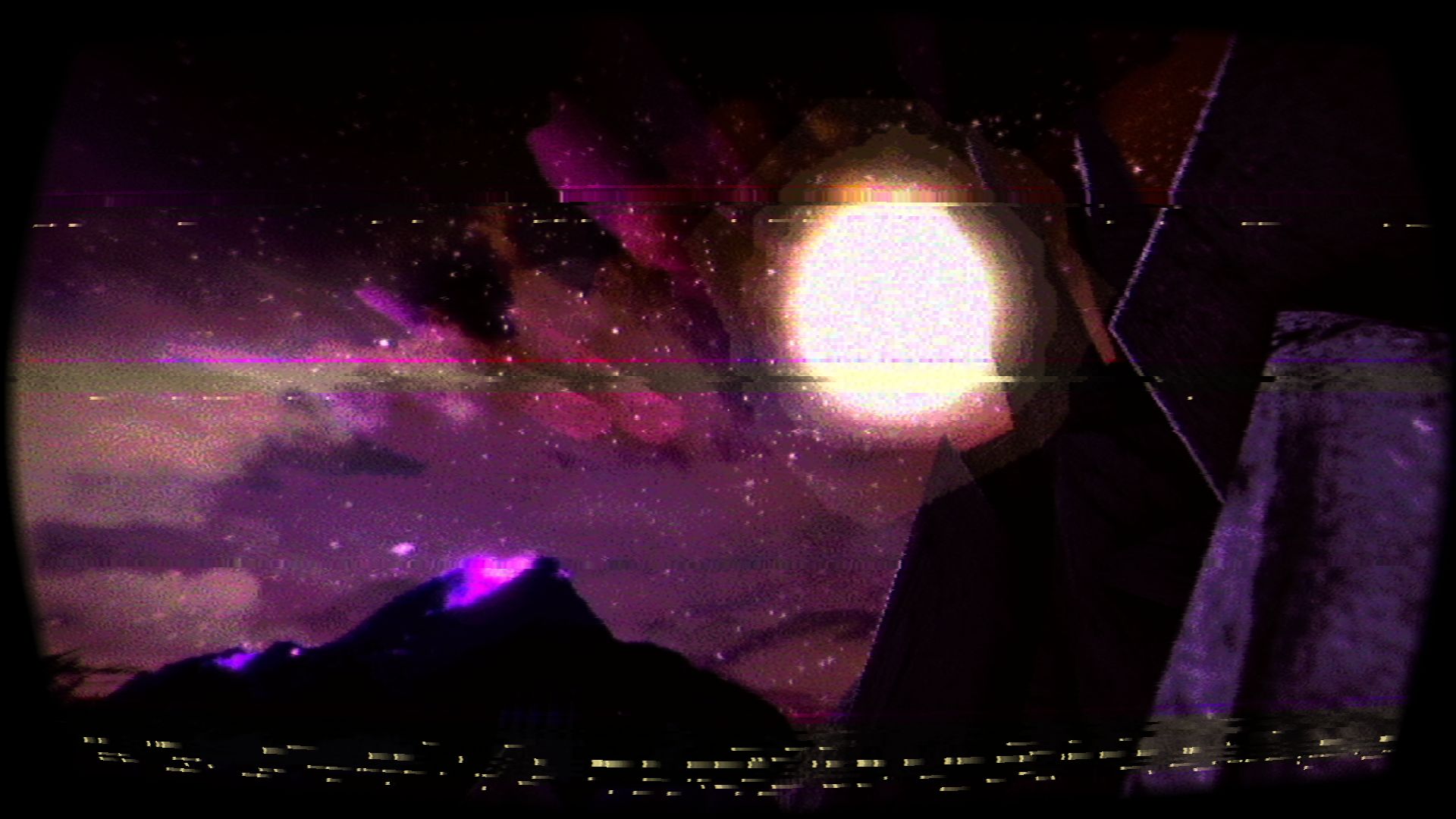 It's the walls, mainly. The walls and the shadows. Both shift and shimmer, playing over a jagged landscape filtered through an old VHS tape. To be clear, the demo takes place in a fanciful world at a transcendental remove from any accessible earthly landscape, no matter how many tabs you snaffle. But aspects of it do serve as an uncannily successful reflection of what psychedelics (can) do to visual perception. At one point I just stopped and stared to let the walls heave, entranced as shadows rippled across them with peculiar emphasis. I haven't seen anything like that since uni.

You can nab the demo from Steam. Going by the blurb, the full game will have a stronger emphasis on horror - though without "monsters or enacted violence". I'm more interested in the surreal than the unsettling, but this still has my attention.

The planned release date listed is "during a blood moon!", though the next one isn't until 2022. I imagine the game will come out earlier but who knows.