I'm a big fan of people who spend their time prodding AI into doing weird, interesting, and possibly even useful things. Seeds is an annual zine talking about just that, either in theory or practice. It's a companion to Procjam, a low-pressure, week-long event where participants "make something that makes something". Many of the submissions relate to what people got up to at Procjam, but Seeds is wider-ranging than that. This year's crop includes further explorations of procedural dinosaurs, generating landscapes using crumpled up paper, and an AI art competition.

Let's do the dinos first. I mentioned Elle Sullivan's work when in my last post about Seeds, back when she was making quick n' dirty pixel Tinysaurs. This year she's written about writing a more flexible tool that non-programmers might be able to work with:

"This language, called Anatomy, lets me concisely define bones and how they can change in relation to one another, letting me define a dinosaur skeleton that’s capable of morphing into any dinosaur. But, it let me do it in a way that’s readable even to non-programmers, and, when I’m done, I won’t just have a dinosaur generator, but also a tool that could even be used by non-programmers to make similar generators, like a primate generator, or a fish generator. It could even turn into a general animal or creature generator. People might in theory find ways to use it to make things outside of creatures that I never envisioned."

She goes on to talk about a hypothetical "valid egg description language program", which I'll leave to speak for itself.

The AI art competition report came from several faculty members at Innopolis University, who tasked their students with tasking an evolutionary algorithm to design a portrait. The winning entry was a terrifying baboon. 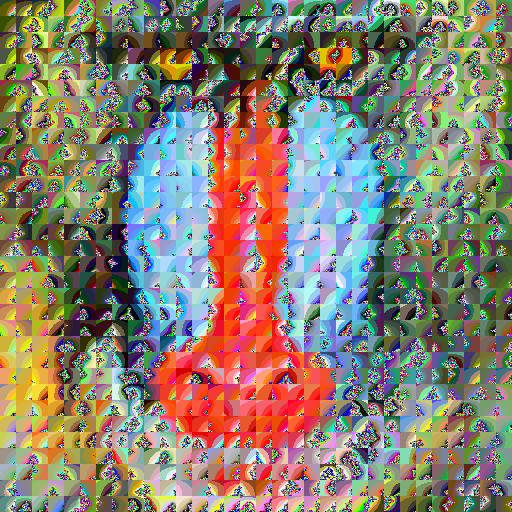 I also liked Neil Bickford's entry, where he explained how he generates landscapes using crumpled up paper. I'm no programmer, but this seems like a neat trick that could be handy for any number of projects.

These are just my picks from two dozen entries, so I'd recommend at least checking out the contents page to see if anything catches your eye. I haven't even mentioned the team trying to teach AIs how to flirt.

Seeds is edited every year by Jupiter Hadley and Dann Sullivan. Long may all this continue.

Disclosure: Jupiter Hadley used to write about free games for us, though we've never met or 'nuffin.