Overwatch creative director Jeff Kaplan says he wants to "redefine what a sequel means", but I'm loath to let him get away with that. When he talks about Overwatch 2's focus on co-operative missions, essentially expanded versions of the first game's underwhelming seasonal PvE events, I just hear a man telling me I should lower my expectations.

I'm swiftly approaching the conclusion that Overwatch isn't the kind of game that can benefit from a sequel. It can benefit, to a point, from being prodded, stirred up with new maps and modes and characters - but this is the stuff of updates, unless they appear in abundance. That means Kaplan's trapped. He's got no choice but to waggle his fingers at the word 'sequel' and hope we shift taxonomy.

Overwatch revolves around its characters, so to feel significant, Overwatch 2 would need to revolve around new ones. For full impact, that would mean doing away with the ones we've got. Piling on new heroes to an ever-escalating stack has a MOBA-esque appeal, but that runs the risk of the stack falling over. Better to start again, to create a new interplay between the nippy and the beefy and all things inbetween. A whole new roster, perhaps with a few fan favourites squeezed through. 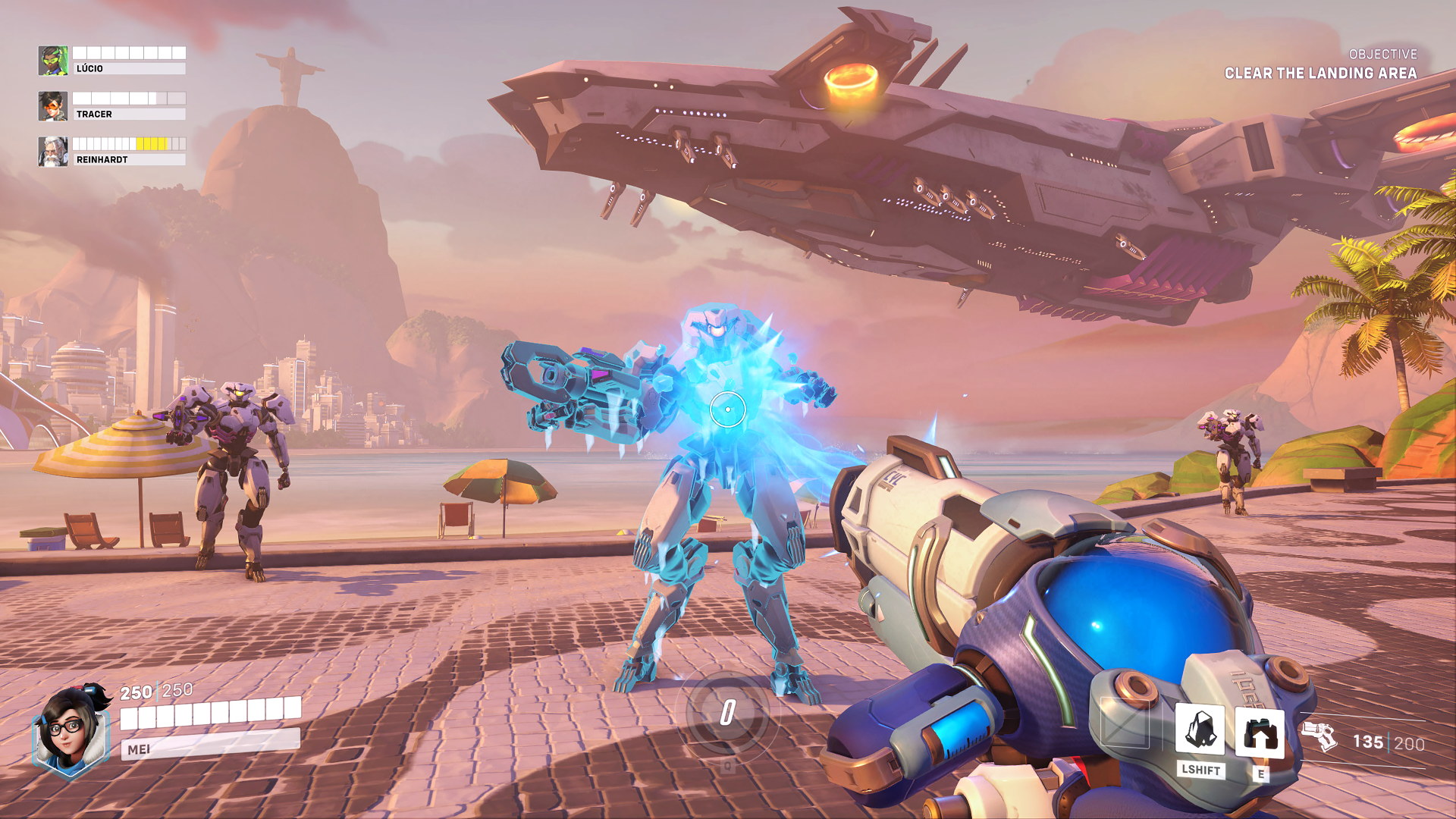 This roster would need to be outstanding, too. It would need to do what Overwatch did but better, to come up with characters so good and varied that they didn't leave me missing the old. Overwatch currently lets me play as a hamster with a grappling hook who's primary purpose is to be a high-speed nuisance, punting enemies into air and sea, so that's a tall order. Hammond himself would struggle to swing over it.

Disappointment seems near inevitable, so I understand why Blizzard wants to make a PvE sequel to a PvP game. It's the only territory available. The problem is that Overwatch's PvE has relied on novelty over quality, and what we saw at Blizzcon doesn't look much different. Co-operative wave survival against killer robots just doesn't get me going anymore, and what Jay Castello saw of the story at Blizzcon only served to make her despondent at Blizzard's apparent lack of desire to fix the first game's mistakes. The story trailer largely left me cringing meanwhile, and I've realised my fondness for the characters is built off little more than spawn room quips. I don't care about them as people.

I'm glad I have the option of not caring. People who are only interested in PvP won't have to buy Overwatch 2 to get the new maps, heroes, or the one new mode that's been mentioned so far. We can all Push together in that new mode, which is essentially Team Fortress 2's Payload turned into a tug of war. It sounds neat, but emblematically similar to the game we've been playing for the past three years.

That's OK, because I have been playing Overwatch for the past three years. Overwatch appeals because every character gets to see the same battlefield in a different way, and to lean on capabilities that no one else can match. The only version of a sequel that would excite me is one that successfully reinvented the wheel, and I'm plenty pleased with the spokes I have already.