If you click on a link and make a purchase we may receive a small commission. Read our editorial policy.
Premature Evaluation is the weekly column in which Steve Hogarty explores the wilds of early access. This week, he explores the creepy corridors of a post-Soviet orphanage in Palmyra Orphanage.

Science. What a concept. It’s put men on the moon, chopped up an atom good and proper, briefly eradicated measles and edited the very building blocks of the human genome. But one field of science still eludes even our cleverest minds. What, exactly, is a scare?

Well, as far as the boffins can ascertain using the best microscopes available, a scare is a kind of horrible juice (or “enzyme”) that your panicking liver dumps into your bloodstream whenever you see something frightening, like a ghost or the news. This craven liquid triggers what is known in psychology as a “fight or flight” response, presenting your fear-charged body with two simple options. You can either try to wrestle with the ghost, hoping that it’s just corporeal enough that you can trap it in a figure-four leglock until it taps out. Or you can run away from it, and hope that the ghost is spiritually tethered to the haunted mansion you were staying in as per the instructions of your late great uncle’s convoluted will.

So that’s what a scare is in scientific terms. But the curious thing about them is that even when you know how scares work, they still work. Palmyra Orphanage is a first-person horror game in the well-worn mould of harrowing spookathon Outlast, in which you explore the creepy post-Soviet orphanage of your childhood in search of clues as to the whereabouts of your long lost brother. The game’s network of badly lit corridors is riddled with the kinds of cheap jump scares that revel in cueing themselves up. The unseen hand of its designer repeatedly coaxes you into a false sense of security, placing objectives such that they have you backtracking through familiar, safe areas, only to have some bastard ghoul spring out at you from behind a pile of dirty books, shrieking and scuttling around like an angry spider. 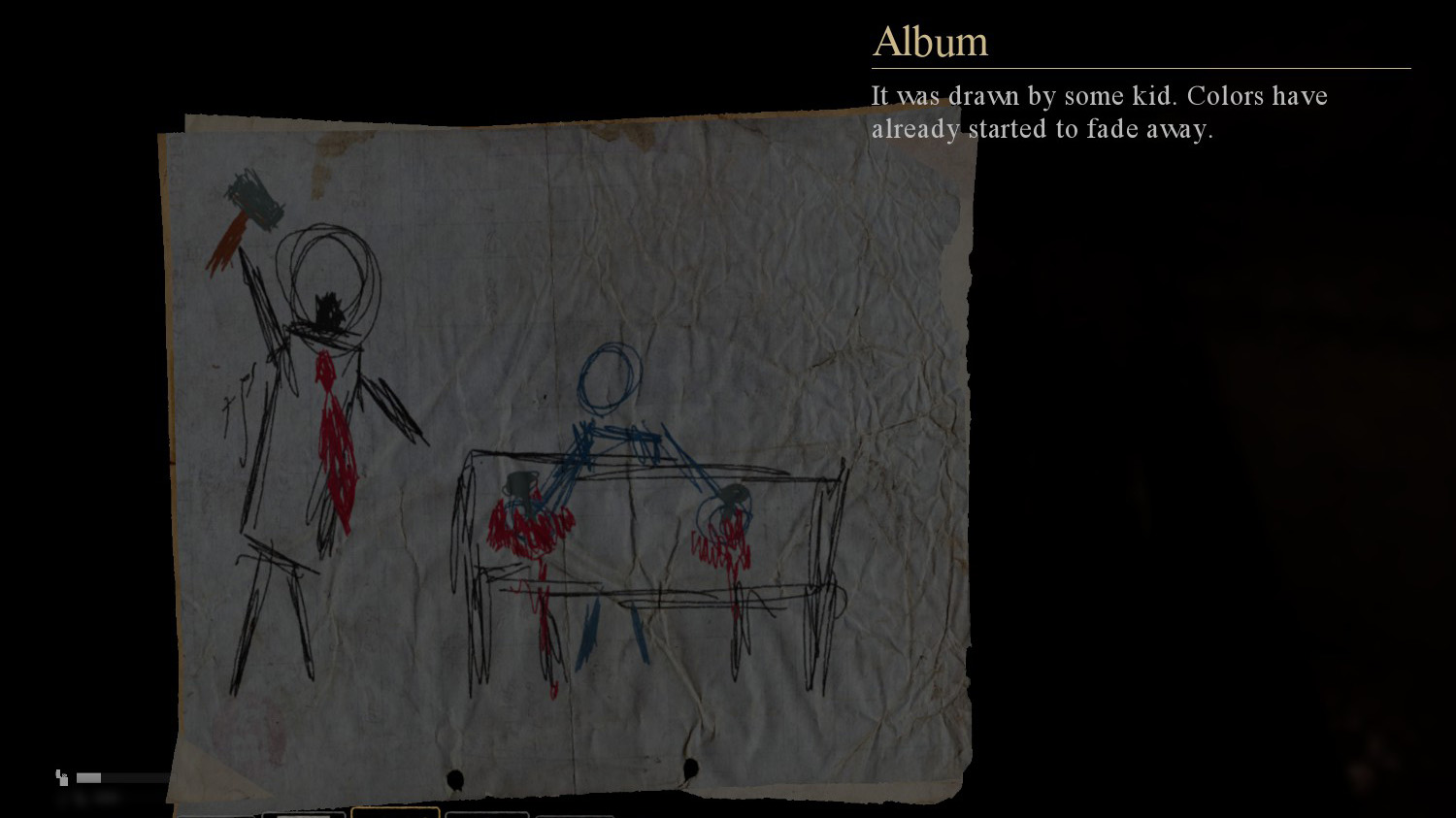 You can tell when these unearned jump scares are coming, you feel them deep in your bowels before they happen – anyone who’s played a game in this genre has developed a sixth sense for them – but they still get you. At one point I jolted so hard that I involuntarily span around in my chair and ended up facing the television, where Homes Under The Hammer was on. My arms hurt from the sudden tension and I momentarily believed I was having a heart attack, and that I might die in front of Dion Dublin as he described the damp problem of a two-bed maisonette in Sheffield. It felt like a fine way to die, and whoever eventually found my decaying corpse would not have been surprised at how it happened.

That’s not to say that Palmyra Orphanage is a great horror game, because it’s not. It’s very effective at the bargain-basement scare tactic of occasionally flashing an image of a spooky woman’s face on the screen when you’re rummaging around in a toilet for some lighter fluid, but it’s less effective at the sort of pervasive, slowly ratcheting horror of games like Outlast. That’s the kind of deep-rooted fear that makes your shoulders ache after playing for half an hour, a gratifying kind of premium-grade spookiness that makes peeking inside cursed closets grimly entertaining rather than stress-inducing. Anyone can trigger the involuntary response in your nervous system designed to prevent our Neanderthal ancestors being mauled by a tiger, but it takes a real artistry to unsettle you to your soul, and Palmyra Orphanage lacks that edge. 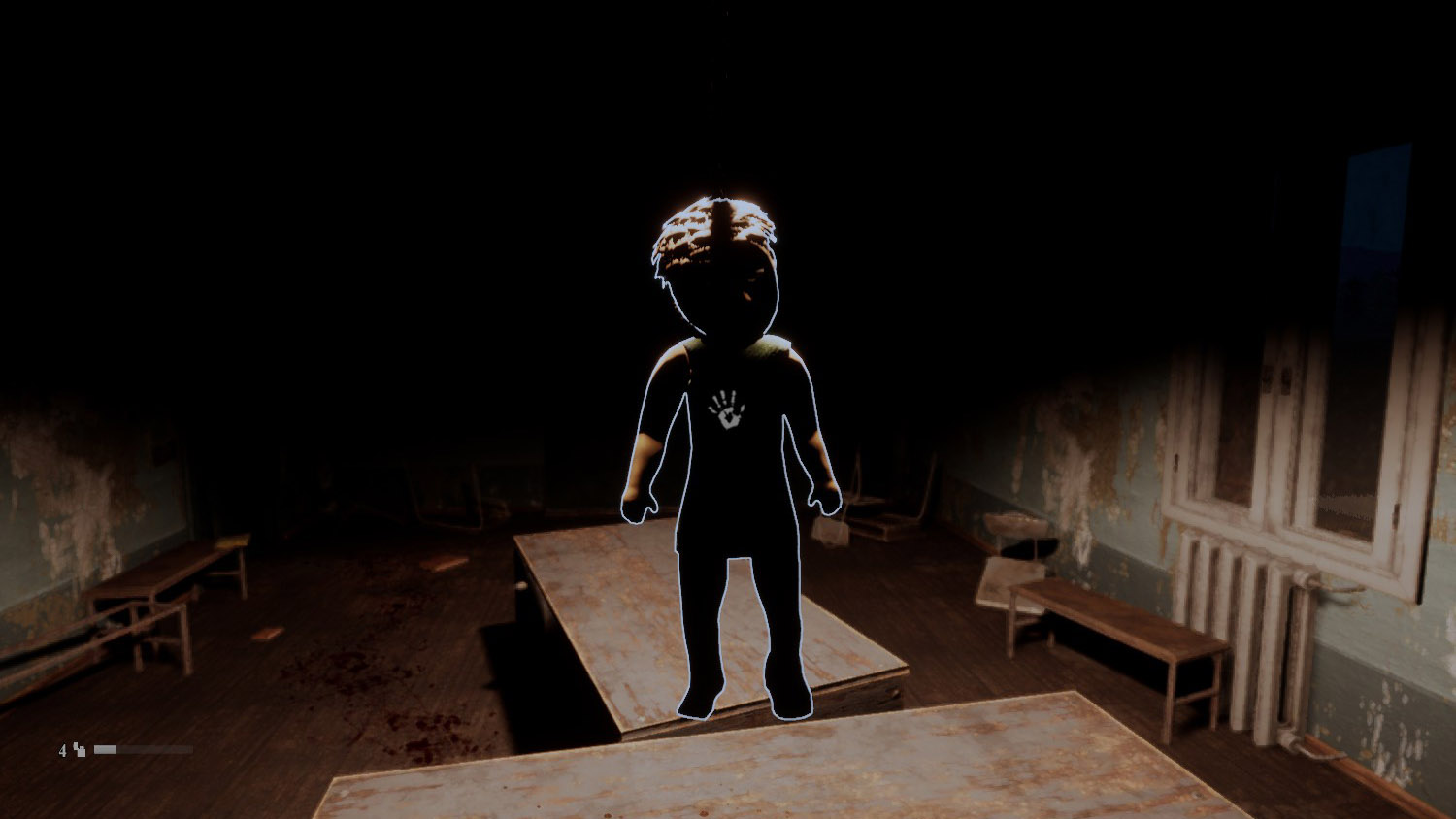 The haunted orphanage is too much of a trope to unnerve a modern and sophisticated audience, comprising featureless abandoned room after featureless abandoned room, countless pages of discarded diary entries and ominous children’s drawings. There are dismembered dolls hanging from nooses, and doors that slam shut behind you unexpectedly, blowing out all the candles. At one point there’s an actual skeleton, whose limbs you must reattach to solve a puzzle, which is more comical than it is scary. Bones are unavoidably hilarious, and it’s fun to be reminded that they’re inside you all of the time.

There’s none of the grand-scale level design of Resident Evil, where the building organically opens up like a flowering puzzle box as you explore it. Nor does it have the harrowing survival aspects of Amnesia and Soma, nor the clever storytelling concept and orbital setting of Observation. You can peek around corners to check for the knife-wielding spectre who may or may not be a figment of your imagination, and you can hide inside closets to avoid detection whenever the screen begins to distort, signalling that a threat is nearby. 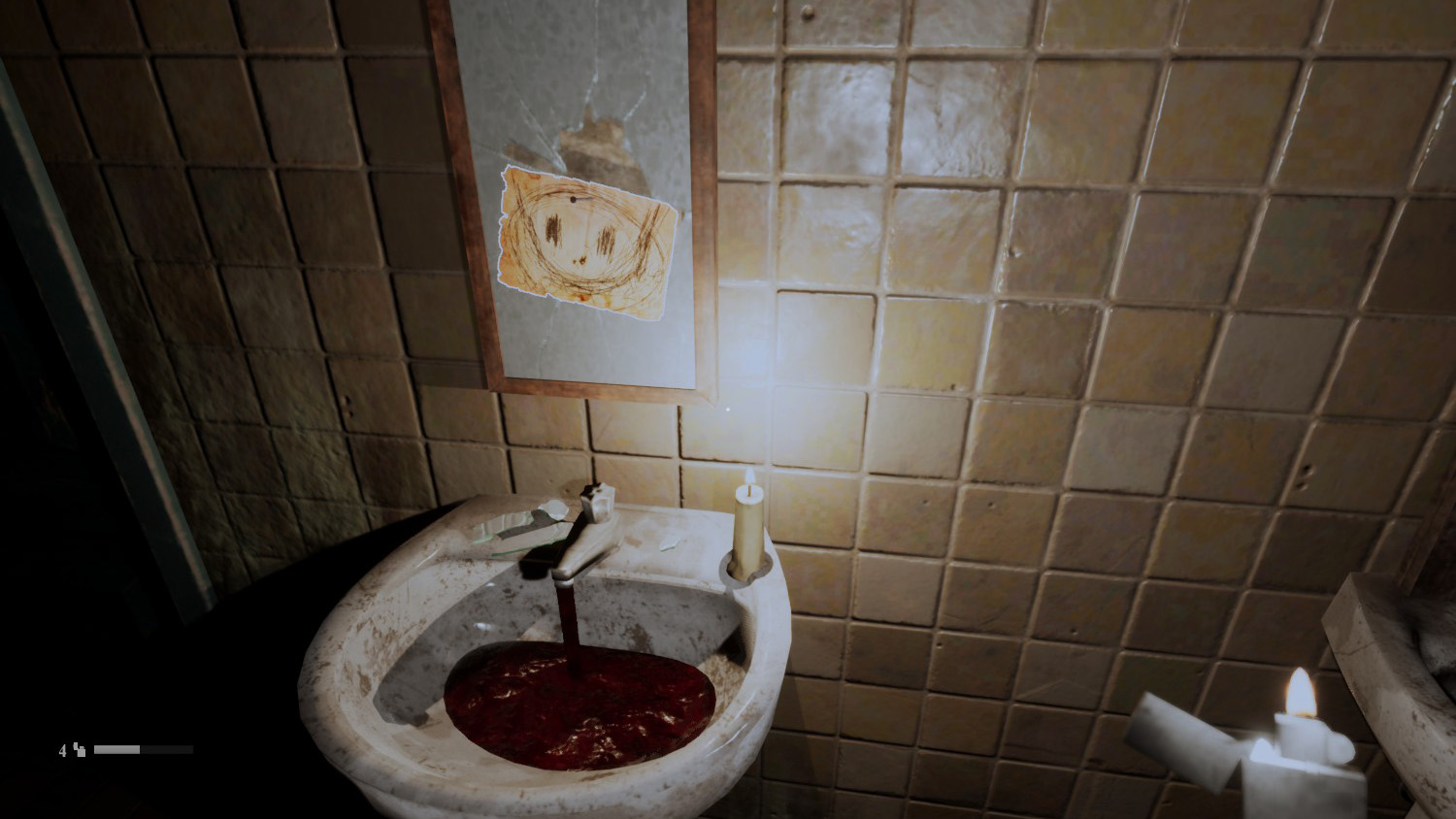 But once you clock how simplistic these systems really are the spell is broken, and all the game has to fall back on is its crudest tactic of very suddenly and loudly showing you a furious ghost, or having a lightbulb explode as you walk towards it. There are some interesting twists: the orphanage seem to reshape itself when you’re not looking, for example. But for most of the hour or so it takes to complete this early access version, the orphanage is pretty pedestrian.

I’ve often wondered what it might be like to work at the London Dungeons, and whether it would eventually leave you desensitised to the sight of a Victorian maid holding her own severed head as she chases you into a boudoir where an axe-wielding murderer awaits. Palmyra Orphanage is evidence in favour of the theory that repeat exposure to the same spooky scenario robs that setting of any impact. No orphanage, no matter how festooned it is with the formless malevolent energies of deceased custodial staff, can possibly frighten anyone in the year 2019.