As much fun as collecting critters was in Path of Exile's Bestiary league, it perhaps got a bit away from the heart of the free-to-play action RPG: running around dungeons, kicking stuff over and hoarding the loot. The next league - Incursion - starting on June 1st brings us back to basics with a twist: travel to the past to violently carve out your own perfect side-dungeon, then pick its bones clean in the future.

The heart of this next league (which should run for about three months, give or take) is the ancient Temple of Atzoatl, a gigantic ziggurat belonging to the lost Aztec-like Vaal civilisation. Once in each area you play through, you'll find a new NPC, Alva. She's a very dedicated conquistador-like figure who won't let something as minor as the extinction of the Vaal nearly a thousand years ago get between her and ruining their day. Clearly, time-travel is the answer.

Talking to Alva will send you back through time and space to when the Temple of Atzoatl was under construction. You're only there briefly and limited to a single chamber, making for a frenzied little bit of time-attack dungeon delving, but spilling Vaal blood extends your assault. Rampage through the chambers, smash everything you can and you'll somehow secure the existence of that section of the Ziggurat in the future, as well as open up routes to more chambers. Plus, all the loot you beat out of the Vaal will be dragged back into the present with you once your time runs out, giving you a knee-deep pile of goodies to sift through each incursion.

There's some strategy to your historical smash-and-grab antics, too, with various chambers containing rival architects. Kill one, and the other will change the nature of that part of the temple in the future. Repeatedly allow the same architect to live and the temple will become more trap-laden, but also contain bigger and more specific rewards. Every eleven of these incursions, you'll have created an entire Temple of Atzoatl, and allowed Alva to pinpoint its location. For your twelfth trip, you'll be working your way through the now-dead structure in the present day, packed with undead and demons and other things that have grown rampant over the temple. 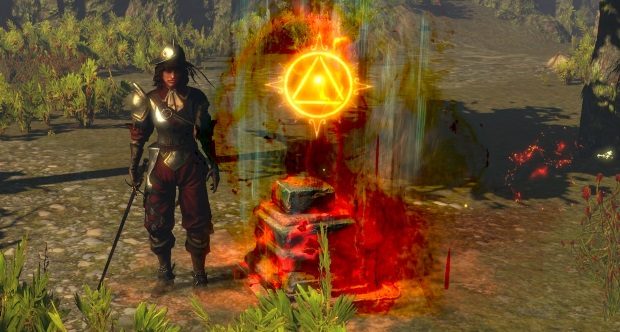 Unlike other leagues which have saved a lot of their nicer ideas for late-game or made them exclusive to highly skilled players, you'll be able to jump into incursions right off the bat, and it's paced so that you'll get to complete and raid an entire temple approximately once every act of the main story. Given that there's ten acts and a nearly endless end-game, you'll have plenty of opportunity to rewrite Vaal history over and over again and pillage it for goodies. Also, I'm starting to think that you might not be an entirely good person in this game.

On top of all the new gubbins, Grinding Gear have taken the opportunity to go back and revise some mechanics that weren't quite working out. Being a Vaal-themed league, it's as good a time as any to take a look at how Vaal skill gems work. They're special 'smart bomb' variants of regular skills that require charging up through killing enemies before they can be used. Powerful, often spectacular but very situational. 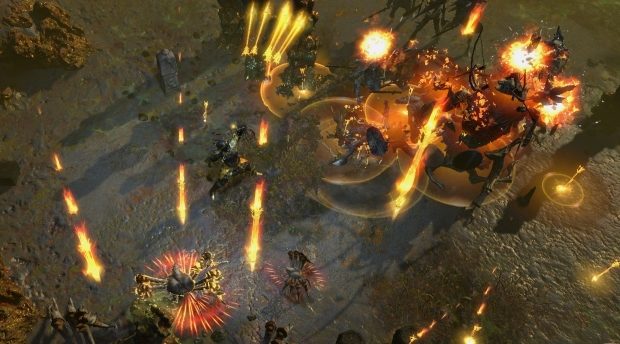 Situational is all well and good, but you had to sacrifice one of your precious skill-gem slots just to have that option, and it may not be available exactly when you need it to be, so they weren't seeing as much use as they might have. Grinding Gear's solution is simple but elegant: Vaal skill gems also double as their regular counterparts. Once slotted, you gain access to both the standard skill and the big nuke variant. I can see this working out especially well for summoner-type builds.

Outside of the Vaal gem overhaul, a lot of existing but underpowered skill gems are getting buffed. To provide one example, Rain of Arrows now pins enemies as well as damaging them, making it far more tactically viable. Trap skills as a whole are also getting reworked to better match the increasingly frenetic pacing of the game. While earlier incarnations of Path of Exile were slower and it made sense to have enemies come to you, even mid-game now is a hundred-mile-an-hour mad dash through swarms of monsters where laying down a minefield just doesn't make sense anymore. 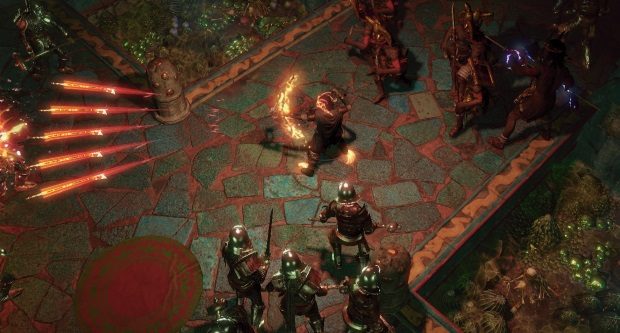 Several existing trap skills are being reworked, plus five more are being added to the game, with a focus on big effects, and more ease of use in actually triggering their detonation. Run in, lob a ton of gadgets into the fray and watch the world burn. It's still a somewhat more technical way to play the game than just hitting things with a sword, but Grinding Gear hope that the relatively safe damage output of traps will encourage players to experiment with character builds using the new and revised skills.

The Incursion league goes live on June 1st, and will require creating a new character to get in on the Vaal-bothering fun. Aside from rewards and loot gained (which will pass into the standard mode) Bestiary league content will be phased out, with a chance for parts of it to be worked into the game later in some capacity. Path of Exile itself remains free-to-play, with the game being almost exclusively supported through the sale of cosmetic dress-up items for your amoral time-travelling murderers.