It shall be a white Christmas in Playerunknown's Battlegrounds this year, as the snowy new map Vikendi has launched on the main client. It's a mid-size map, 6x6km, with exciting spots including a cosmodrome, castle, and dinosaur park. Here's a little festive secret for you: all those assault rifles, pistols, shotguns, grenades, bulletproof vests, and boxes of ammunition are lovingly hand-placed for you by Father Christmas before the start of the round. If you only find terrible loot, well, clearly Santa knows what you've been up to this year.

Vikendi is now live for everyone, after a stretch on the test servers. It's a snowy Soviet-y landscape, another place abandoned by humanity, but a real interesting place with landmarks including hot springs, a castle, a space launch site with a rocket and space shuttle, and, best of all, a dino park. Having not played Vikendi on the test servers (Destiny 2 is eating up my FPS time these days), I'm excited to explore all this. The dino park is particularly good.

You'll find giant fibreglass dinosaurs, dodge 'ems, a rollercoaster, gift shops, a maze with dinos lurking in dead-ends, a smoking volcano housing an educational section with a real dinosaur skeleton... quite pleasing. And yes, you can run along the rollercoaster tracks. 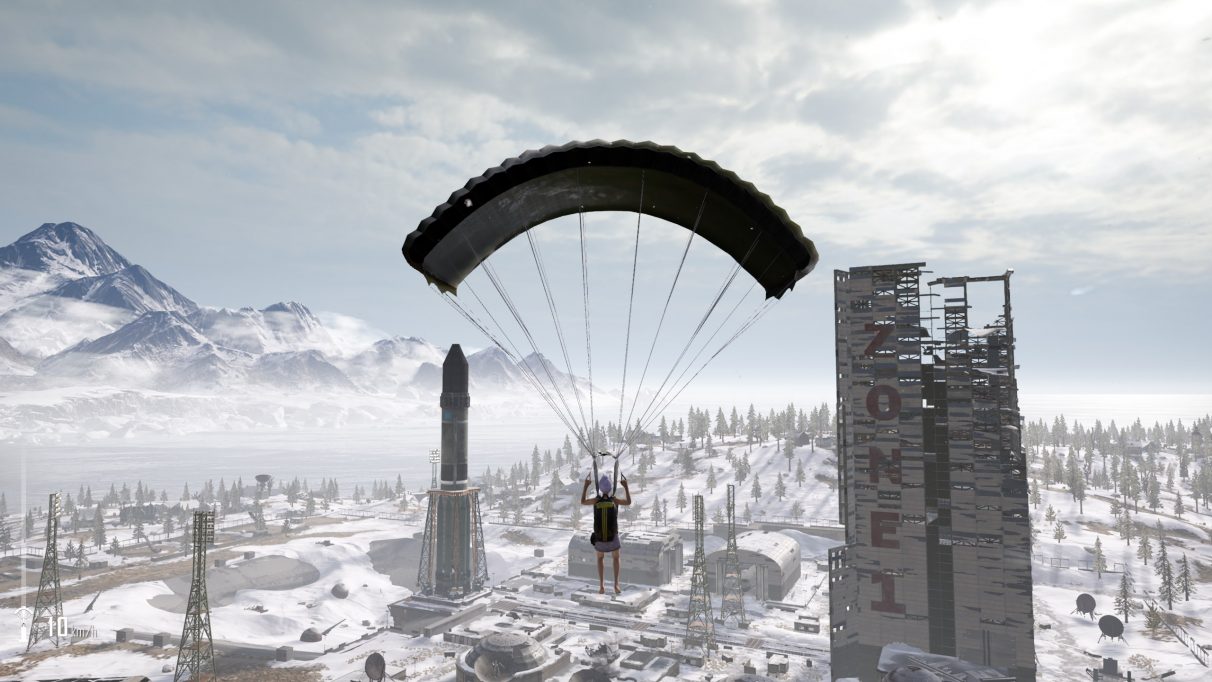 As is the way, Vikendi does a few things differently. The SCAR assault rifle is replaced with the G36C, and snowmobiles are added to zip across snow and ice faster than other vehicles (but chug along slower off the white stuff).

See the patch notes for more on today's update, which also includes new parachute control options to make gliding and diving easier, some overhauled menus, and a wee M16 nerf.

Like Sanhok before it, Vikendi's launch is accompanied by a new Survivor Pass. It's basically Fortnite's Battle Pass, levelling up as you play and complete challenges to unlock cosmetic doodads like clothing, weapon skins, facepaints, and emotes. And as in Fortnite, all players get a barebones pass offering a small number of items to unlock but paying for the Premium pass gets you way more. 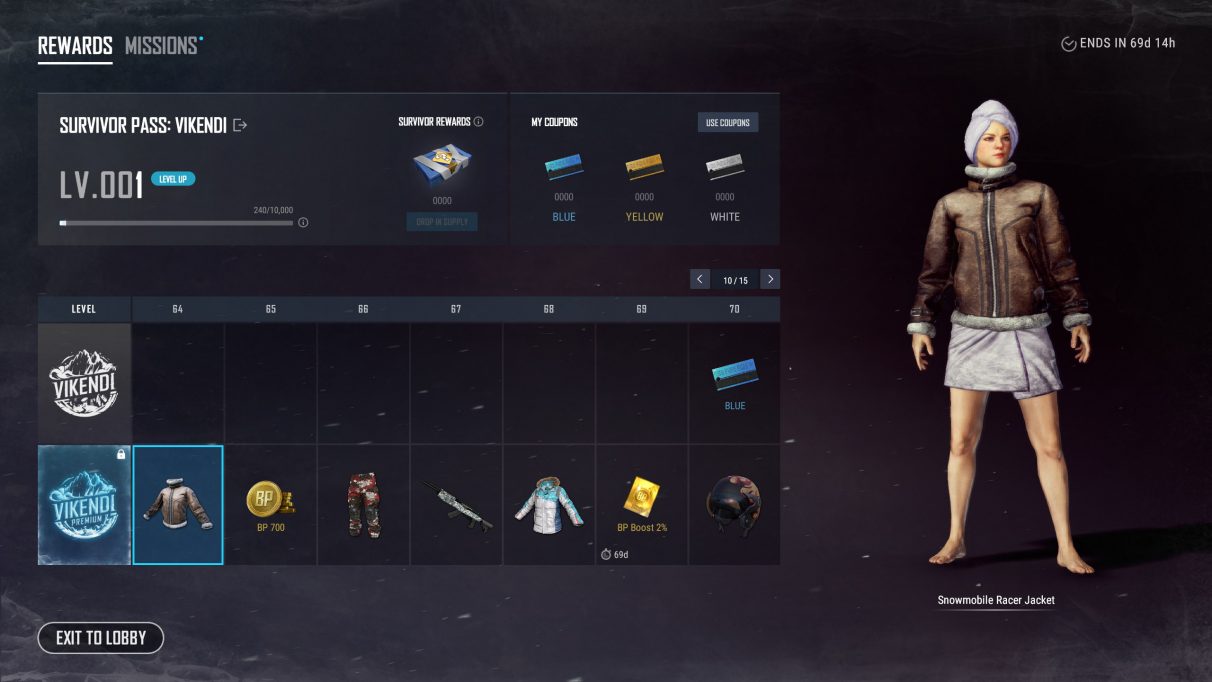 Resident guidemen Dave and Ollie have written a Vikendi guide, if you're looking for some tips to get started. Just ignore their section about where to loot; as I have explained, loot is determined exclusively by how well you behaved this year.