It’s snowing outside my window, but on my screen all I see is sand. I’m one of 5 remaining players, and the circle of safety is much larger than it usually is by the time a round reaches this point. I can hear a sniping war going on to my right and since I’ll have to run across the rocky expanse in front of me soon anyway, I choose that moment to make a break for it.

Of course, I get shot down the moment I start running. I’m playing on the new desert map in Playererunknown’s Battlegrounds and this is still the same old Plunkbat - only now there are no bushes for me to cower in.

Yep, this is still Plunkbat, where rounds frequently end in unavoidable, unfair deaths. They might even happen a little more often in the desert, where there’s much less grass and wheat providing cover and fewer trees to hide behind. Combined with the more vertical landscape, with towering buildings in the cities and hills in the wilderness, that makes Miramar a sniper’s paradise.

As frustrating as that sounds, the new map has plenty of features that make up for it. It’s more densely populated with buildings, which means there’s usually somewhere safe which you can try to reach when bullets start pinging around you. It also makes it harder to be stuck without anywhere to scavenge that hasn’t already been ransacked, though there being less competition over loot does force players together a bit less. 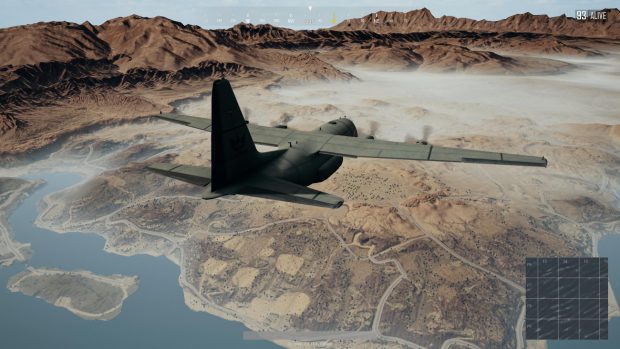 Still, the locations in Miramar manage to be more interesting than those back in Erangal - though after 130 hours of running around Plunkbat’s original map my judgement might be a little compromised. Even so, there’s definitely a lot to appreciate. One town is split down the middle by a crashed plane, with rubble and wreckage scattered around the flattened houses. The construction sites in Los Leones ascend to a ridiculous height, offering unprecedentedly long views over what’s likely to be the new maps busiest area. I expect we’ll see plenty of sniping montages from that vantage point in the days to come.

There’s plenty of places that I haven’t explored yet, too. There’s a graveyard that I’m aching to visit, and an entire southern island that I haven’t ventured into. It’s hard to express how refreshing it is not to be running across the same landscapes and between the same buildings over and over again. I’ve played enough on Erangal that I can almost plan out my moves on autopilot, taking routes that I’ve marched along many times before. I could draw circles around all the best loot spots in Erangal, and show you a few likely vehicle spawns too - but on Miramar I’m back to being lost, and I love it. 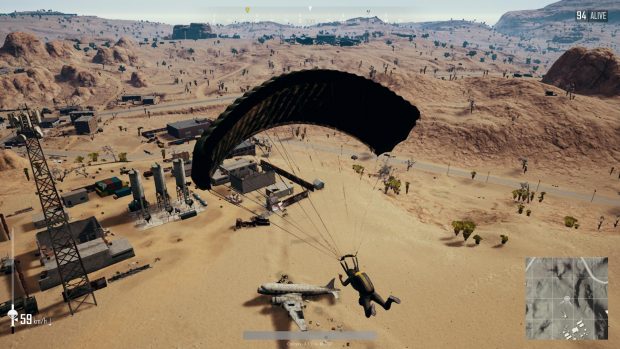 As excited I am about all the locations to explore, this build has more treats in store than just the new map. There are a bunch of neat UI tweaks, including a number just below the compass that tells you the exact heading you're looking at - which should prove invaluable for quickly communicating an enemy's position. The devs have also added a marker on your health bar that shows the limit of how much a first aid kit can heal you, as well as markers that show you exactly how much inventory room is added by vests and backpacks. They won’t make much difference if you’ve figured that stuff out already, but it’ll certainly help new players.

What I can appreciate are the new guns. There’s the Win94 lever action rifle, which is satisfying to shoot but hindered by its lack of a scope slot. The new sawed-off shotgun is a different beast entirely - I made an embarrassing squeal when I saw that it goes into the sidearm shot. I never feel completely comfortable when I don’t have a shotgun in my loadout, seen as they’re my preferred option for fighting inside buildings. Having one in my sidearm slot means I can carry an SMG too, or a sniper rifle and an assault rifle, and still feel like I have all my bases covered. 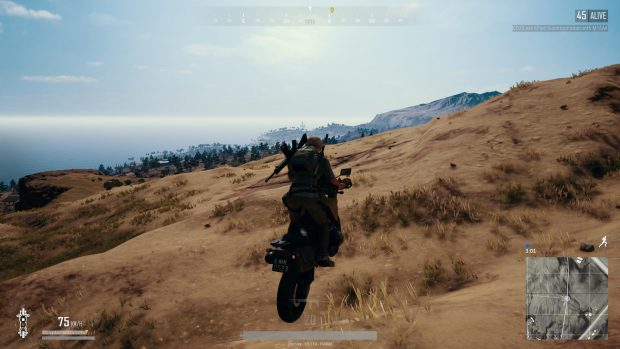 This was also my first chance to try out vaulting and climbing, which is… not as significant an addition as I was hoping. It’s certainly a relief not having to run around every chain link fence, and hopping into a building via a ground floor window opens up new flanking routes, but most of the time I forgot those systems existed. That may well change as I find more opportunities to use them, mind.

Last but not least, there’s now a killcam that lets you replay the last few seconds of your life from your murderer’s perspective. That means that when you die, one of two things happen. Sometimes, you get to look at the killcam and go ‘yep, there really was nothing I could have done’. The classic story of a round goes from ‘and then I was killed from nowhere’ to ‘and then I was killed by a guy camped out on a rooftop 200 metres away’, which makes those deaths a little bit less frustrating.

More importantly though, are the times when you can learn from your killer. At one point I was shot dead by someone who somehow knew exactly where I was. My mistake became obvious in the next few seconds, when I heard my own footsteps on the killcam. If this build hadn’t also brought an entirely new playground for me to explore, I wouldn’t hesitate in calling it the best feature Plunkbat’s introduced since I started playing. 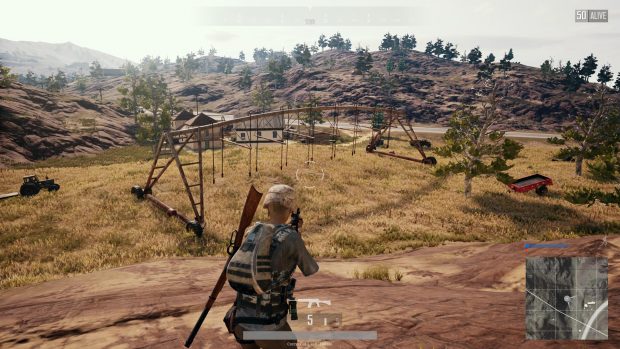 As much fun as I’m having, I’d still recommend waiting until the servers are a bit more stable before you jump on yourself. I was plagued by stuttering, rubberbanding and full-on crashes. There are bugs, too - on one occasion I got stuck on a rock and then mysteriously died to falling damage. In my next game, the same thing happened with some rafters.

I’ll wrap this up by telling you about my favourite moment from the games I played today. It began when I spotted someone on a roof and tried to sneak up on them via an external staircase. After hesitating at the top for a while, I heard my prey jump off the building and hit the ground. I made my way onto the roof, then heard him running around the side of the building. I grinned as I realised that I must have been spotted, and that he was now trying to sneak up on me. I went and hid behind the boxes where I’d initially spotted him, enjoyed his confusion for a few seconds while he looked for me, then shot him the moment his back was turned.