Despite growing competition, Playerunknown's Battlegrounds is still going strong, but its original, Arma-inspired Russian map, Erangel, is starting to feel a little long in the tooth. Developers PUBG Corp have announced that they're going through the game's older bits and polishing them up a bit. Their remastering of Erangel is well underway, with cartographically inclined data-miners on Reddit comparing the old and present test-server maps, and spotting scads of new buildings. That means more places to find loot, take cover and hopefully make the later phases of matches more interesting.

The changes being tested are just the first wave, and PUBG Corp say they'll be taking feedback into consideration as they gradually phase in and out alterations. Right now it just looks like they've sprinkled the entire map liberally with compounds, but this should mean better armed players all round, with more potential places to find guns. There are some concerns that while there will be more places to find weaponry, the quality of the loot found in these new structures won't be any better than than the current buildings, potentially leading to more messy SMG battles. 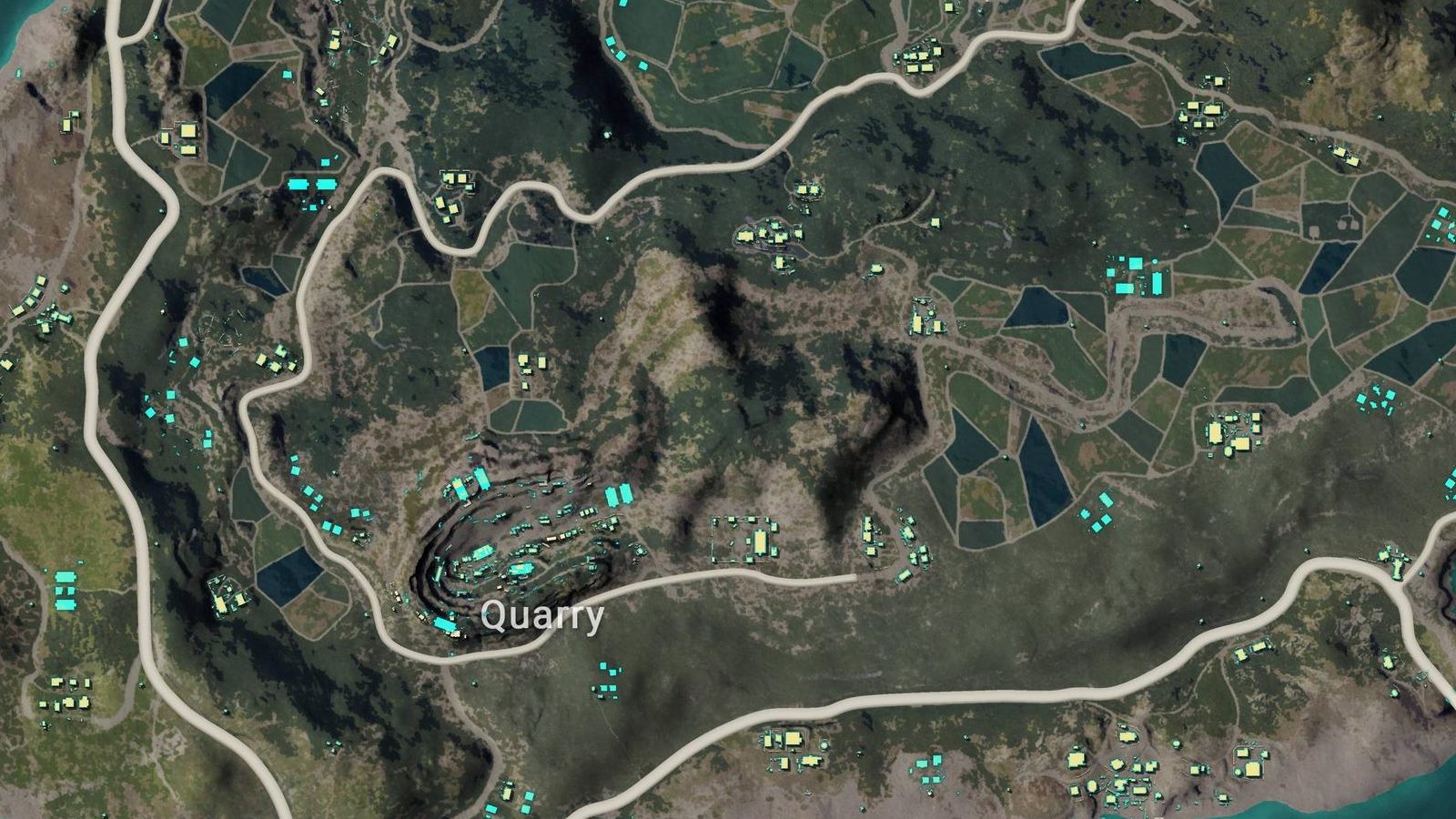 A small chunk of Erangel 2.0 (credit to "bizzfarts" on Reddit), with new buildings in blue.

My first thought is that this will lead to fewer matches ending out in the arse-end of nowhere, with players scrambling for whatever ridges in the terrain or rocks they can find for cover. Instead, expect more sieges, with a final few defenders hanging out in an increasingly assaulted house. Some players seem sceptical, though, preferring the sniper-friendly terrain of old Erangel. Given the semi-realistic ballistic modelling in Plunkbat, this did make the environment a great showcase for long-range sharpshooting skill, but that may be changing in future.

Making changes to any map in a competitive game like this is a fraught process. Every experienced player will have a story to tell at one of the sites being changed. What say you, RPS Plunkbatters? Reckon the new buildings are a good call, or just clutter?