As a fan of any video game gun best described as "endearingly crap with a real knack to it", I am delighted that the latest temporary event mode in Playerunknown's Battlegrounds focuses on its worst sniper: the VSS. Y'know, that one with a wooden stock and built-in silencer, the one which plings lazy 9mm bullets like a child throwing pebbles, the one which is so bad it's a thrill to actually kill someone with. That one. It's the star of the 'Silent and Violent' event, now live, which drops 40 players over a small corner of Sanhok for team deathmatch with respawning - armed with a VSS. I have enjoyed getting to use it so much.

The 'Silent and Violent' War Mode variant puts 40 players into squads of four (matchmaking fills you up) to fight in a tiny safe corner of Sanhok, locked to about 350 metres wide. You will be equipped with: one level 1 vest; one level 1 helmet; five bandages; one energy drink; one stun grenade; one smoke grenade; one VSS with an extended quickdraw magazine; more 9mm ammo than you will likely use before someone murders you. No airdrops, no other weapons to find, no better gear, just what you start with and whatever you can nick off corpses.

As is the War Mode way, each squad is fighting to hit the goal of 150 points or, if not, at least be closest when the round hits its 15-minute time limit. One point for a knockdown, three points for a kill. And a plane flies by every 30 seconds to drop respawning people. 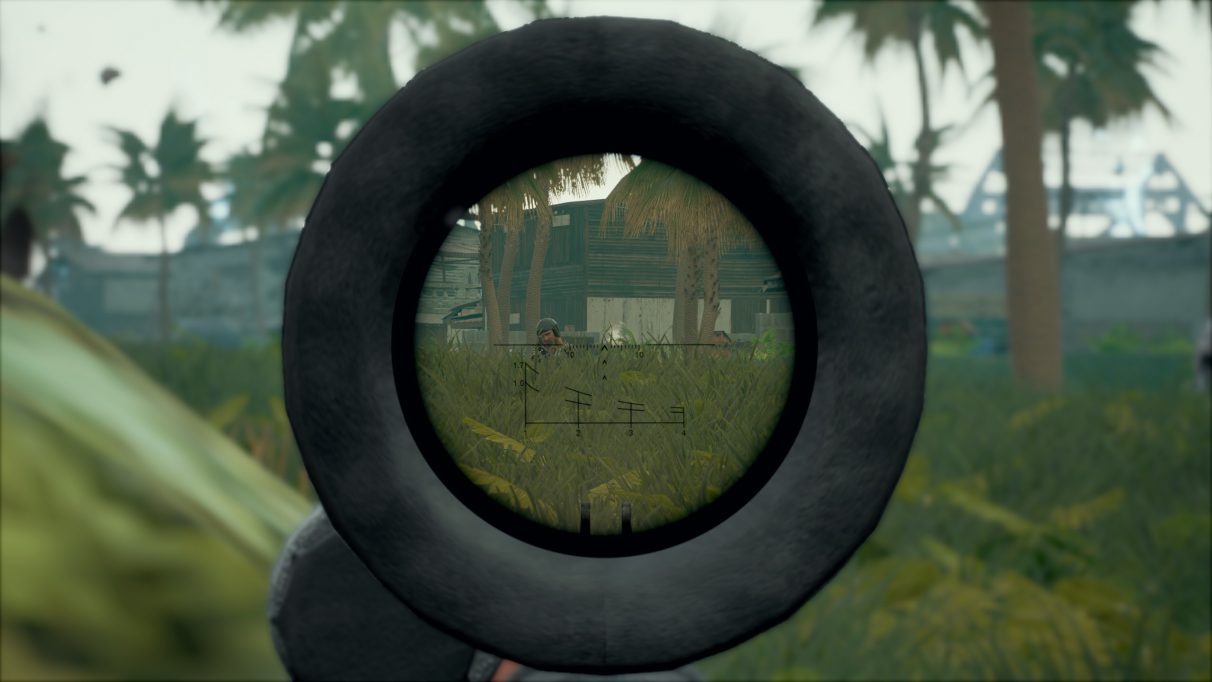 I've only played this mode with randos so far, not the laaads, but it's been surprisingly enjoyable. Yeah, some rounds can just be a mess and the novelty will wear off soon, but that's why it's not a permanent fixture. And while War Mode can pick bad spots for fights, the fact that the VSS is bad at both long and short-range does go some way to evening it out.

Not that I think the VSS is awful. It is good enough that I will be mildly pleased to find it early in a regular round. But also bad enough that I will drop it the instant I find a proper gun. Ah, but I do like it! Its bullets fly slowly, dropping towards the ground before they've even got far, making it a real challenge to use well. For a while, I put in the time to learn how to read its scope markings and judge distance, to actually hit and harm people with it. And that built-in suppressor is so alluring. The VSS still sucks and I know it sucks, but I have a soft spot for it. This excuse to use it so much has been welcome.

This event mode started today in the wee hours and will run until 3am on Monday the 10th of September (that's 7pm on Sunday the 9th for our Pacific time zone pals).