Spooky deck-builder Inscryption has drawn and played another trailer to tease you into its weird mashup of card, critters, escape rooms, and like five other genres probably. Brewing up a genre stew is apparently something of a thing for developer Daniel Mullins Games who you may know from past games Pony Island and The Hex. A new trailer for Inscryption lets on that it'll be just as wild a ride when it launches in 2021.

According to its description, Inscryption is an "inky black card-based odyssey that blends the deckbuilding roguelike, escape-room style puzzles, and psychological horror into a blood-laced smoothie."

Sure enough, I can spot way more genre tropes in that trailer than I'm ready for. There's an overworld map of sorts, a deck of critters for combating with, and—wait hold on. Also the cards appear to be talking to you. There are those promised escape room elements like safe combos and hidden keys. On top of all that it looks properly spooky with some eyes in a closet and a video of someone digging what might be a grave. Oh, and all of a sudden there's some meta pixelated game thing going on. Yeah, you're going to have to play this one to figure it out.

I imagine it'll be worth investigating. John Walker (RPS in peace) called Pony Island the smartest game of 2016 in his Pony Island review and although The Hex wasn't quite as flawless, his The Hex review says it's "a far bigger, more complicated, and astoundingly ambitious game." By the look of Inscryption, it's even more bold yet.

You can find Inscryption over on Steam where it will launch in 2021.

But wait, before you go. Did you spot that deck made of woodland creatures? I've already been blessed with two recent bears posts so you probably know what's coming. Here's the grizzly: 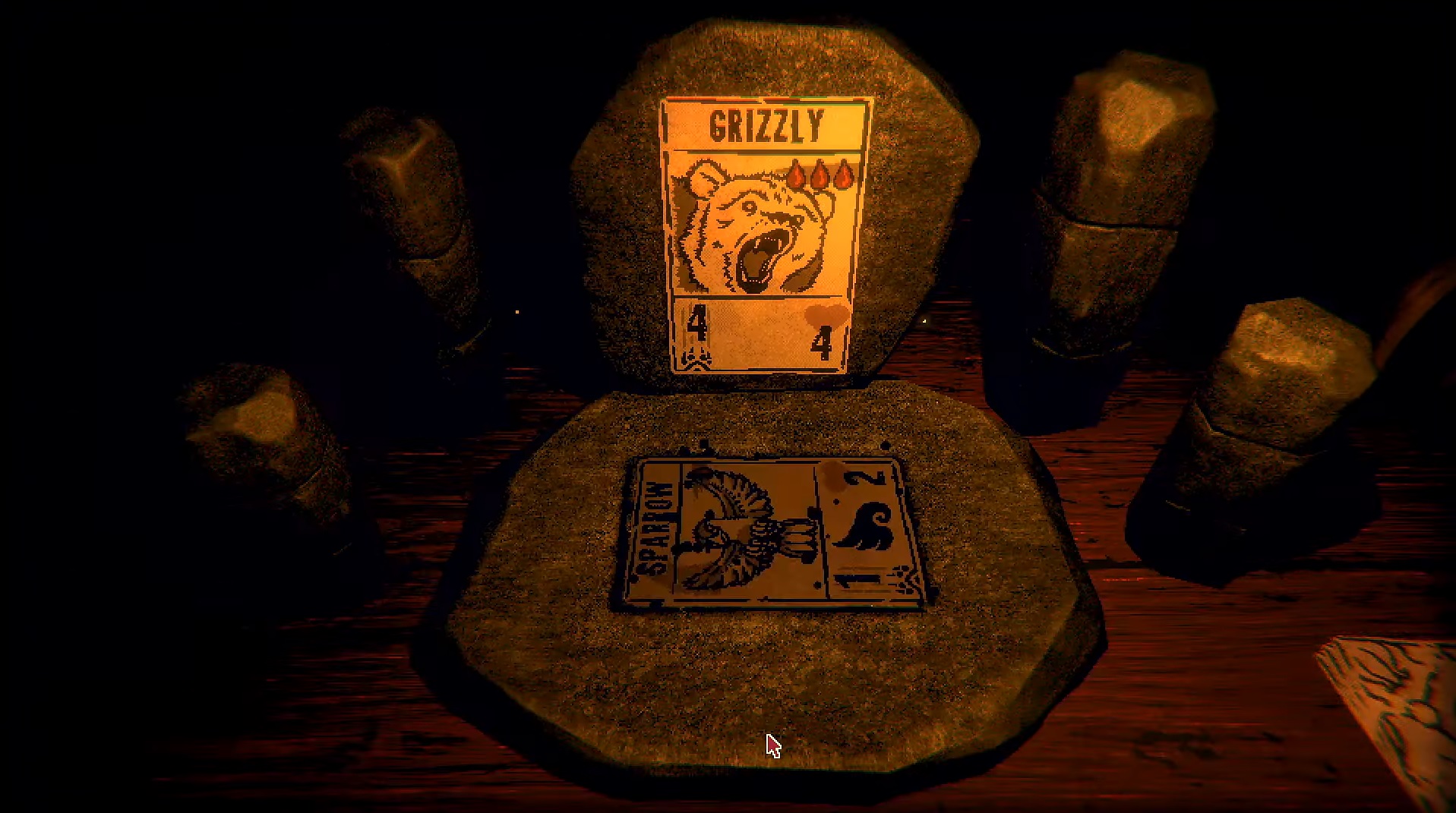