Pony Island was one of my favourite games of 2016, a Trojan horse of astoundingly clever ideas and arch critique, and incredibly funny. So clearly I was interested to see where developer Daniel Mullins went next. I'm very delighted to report it's the extraordinary The Hex. A game that defies me to tell you anything about it, not that I'm convinced you'd believe me if I did.

This is difficult territory. If I want you to enjoy the same experience I did, then I can tell you nothing about the game. But how do I convince you to play if I don't? Well, for those who trust me, don't read on, just go buy this, to experience something unlike pretty much anything else you've played. Let me put in the caveat that it gets a little bloated in the middle, but I otherwise heartily recommend it. For everyone else, I'll be as spoiler free as is humanly possible. (I've just realised, mid-writing this, I wrote almost the same intro for my Pony Island review - well there we go.) 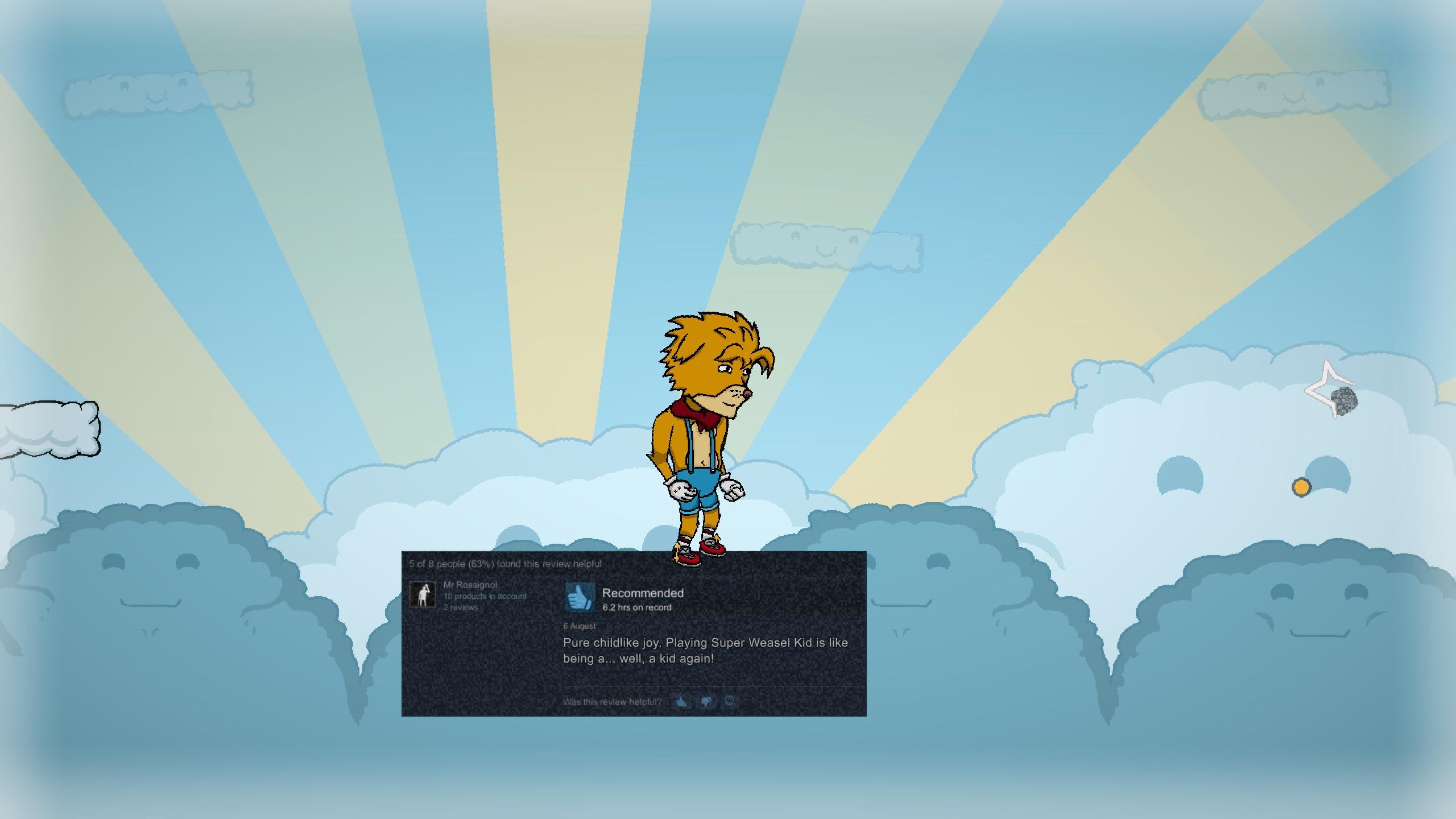 The opening scene is of a bar, in an inn, frequented by a collection of gaming archetypes. You've got a space marine, a post-apocalyptic survivor, a 90s platform rodent, beat-em-up hero, and so on. And there's a barman, who has invited them all to the inn. The phone rings, he answers it, and he's told there's going to be a murder, and one of the people at the bar will do it.

What follows involves exploring the inn with a range of the characters, as well as delving into each of their gaming pasts to learn what brought them to this moment. What we learn is what I'm not going to hint at, but it's complicated and esoteric enough that on finishing the game, RPSers have been sharing theories as to what certain elements might have been about, swapping ideas of what might have been going on at the deepest levels. 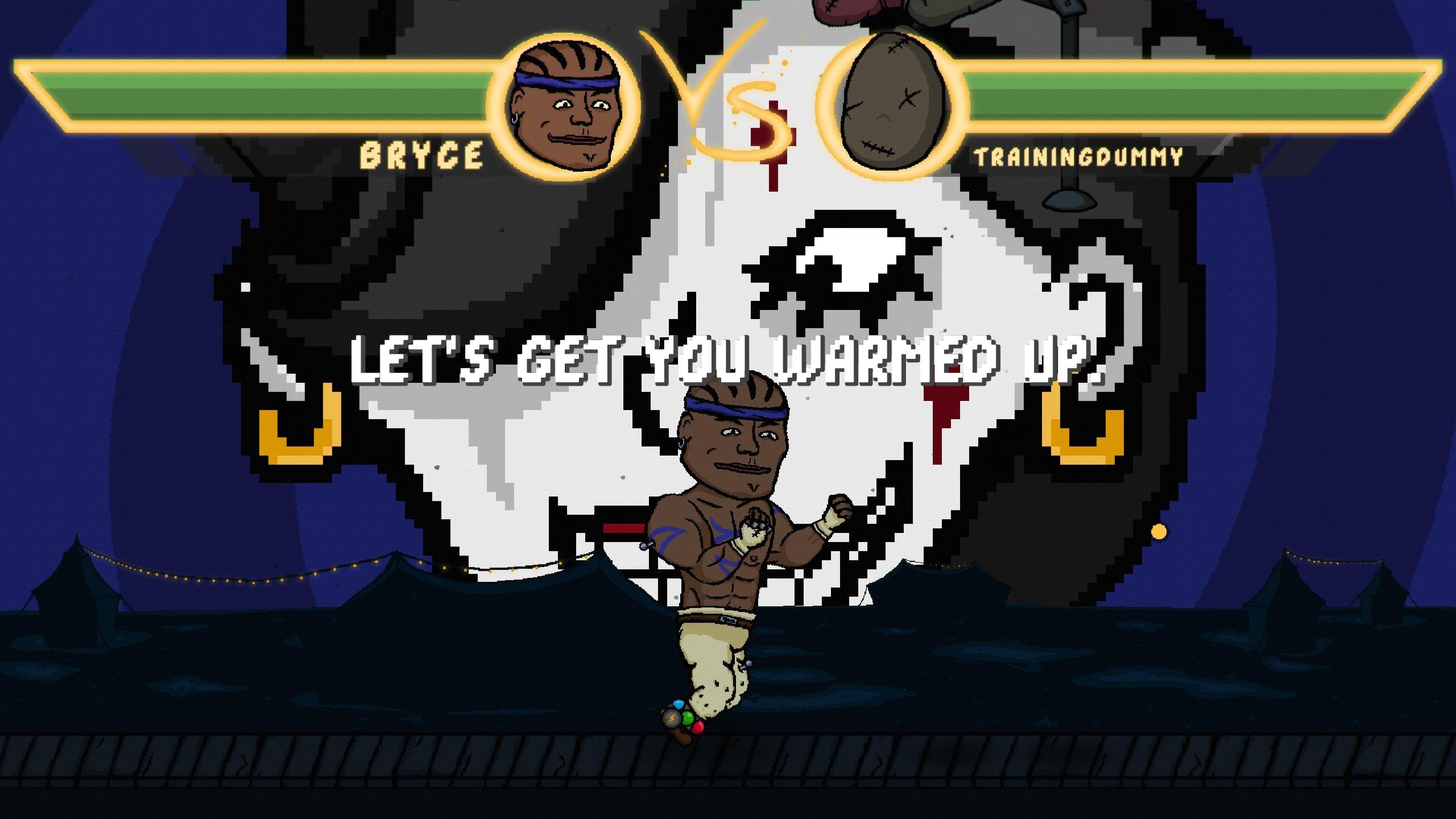 The meat of the game comes in those flashbacks into various gaming types, and it's here that the game shines brightest and dullest, at various points. Where The Hex is at its absolute best is when it's short, snappy, rapid-fire ideas and gags, and for a good while it seems like it's going to maintain this pace. And then it reeeeaaaallllly sllloooowws down. In particular an RPG sequence, and a top-down shooter sequence, drag on for far too long. Not because either is a bad idea - both are great - but instead involve too much repetition without variation. Although, it's worth noting, it's testament to how high my expectations of the game had become by this point that such sections stood out.

Because elsewhere, this is one hell of a flurry of punches. Whipsmart ideas, arch commentary on gaming genres, celebrations of tropes, all twisting and turning in on themselves with some genuinely creepy moments. Laughing out loud is something that games cause me to do all too infrequently, so that The Hex caused it to happen so often was very special. Even more so was the laugh where I had my hand over my mouth in shock at what I'd just done. Marvellous scenes. 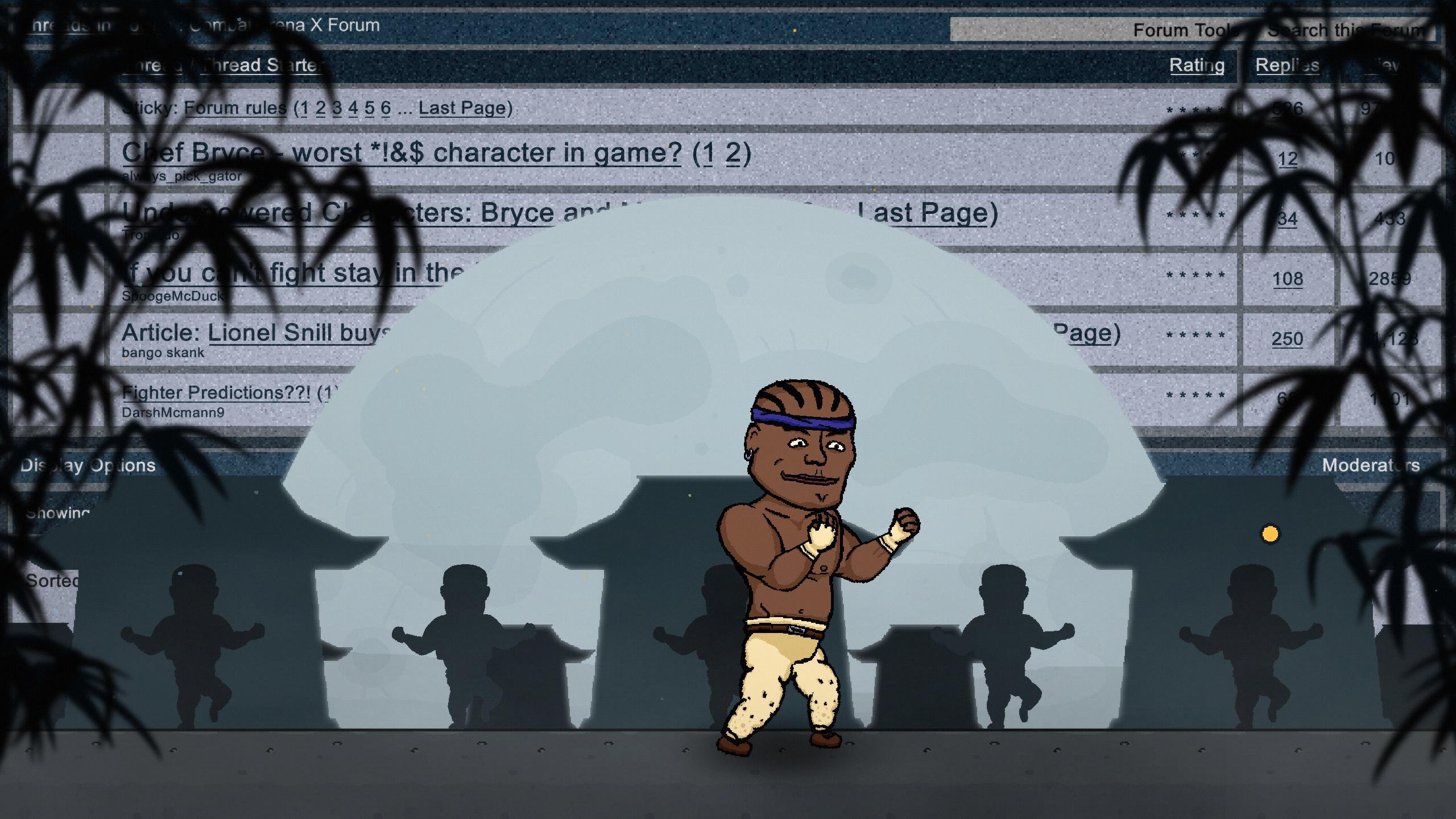 It's full of lovely ideas, like interlacing a top-down hi-res world with a 16-bit 2D world, and having you switch your character between the two. And a completely brilliant turn-based strategy sequence, where you use cheats to survive, felt like an idea good enough to be spun out into a full game in its own right. It's probably fair to say other areas feel played out when they're done, but that section could have gone on and on and I'd have been very happy.

But it's all far more than just the various genre pastiches. And I can't tell you why or how. I can say that it layers itself, until I started to become tangled in them, trying to remember what was what, and loving the process. The Hex is a nine headed snake eating itself, and finding itself delicious. 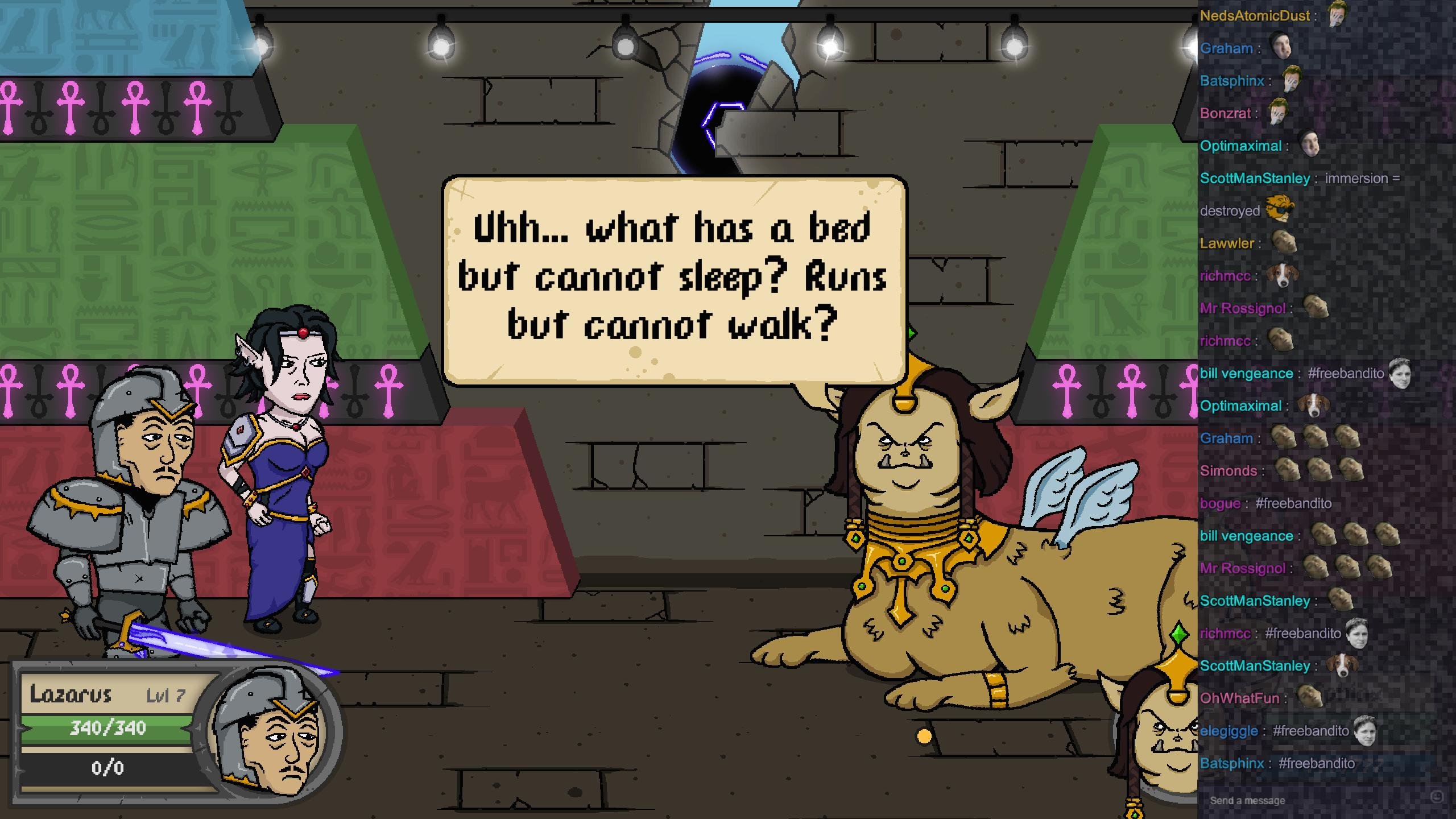 Daniel Mullins and his team are such interesting creators, and while The Hex doesn't quite reach Pony Island's feeling of a near-perfect package, it's a far bigger, more complicated, and astoundingly ambitious game. How they managed to pull these many ideas together in just a couple of years bemuses me. It'll take about six or seven hours from start to finish, but goodness me, it feels like so much more when you've done so much by the end. And what a joy to chat to others who've finished it and not only swap ideas about what it might have been about, but also to say, "AND WHAT ABOUT WHEN...!" 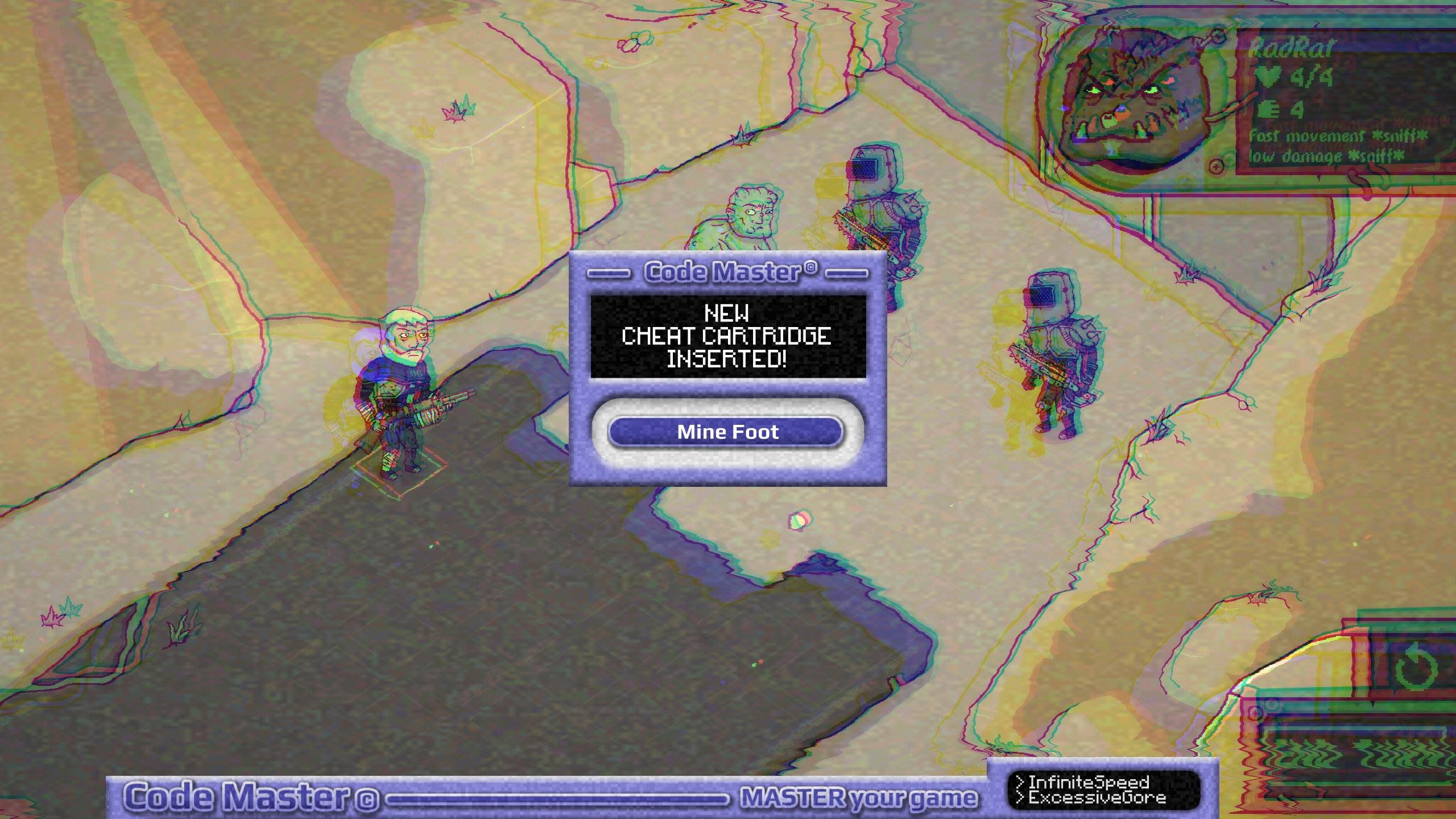 It's uneven - it could certainly have done with some hefty editing in its mid-portion, to keep every section as snappy and punchy as the rest - but it's worth it. Especially at this price. It's very funny, so busy with good ideas, and really damned strange.