If there was ever a tale for Cyber Monday, this is it - the kind of stuff that magazines would spread rumours about, now made real. The Hex, if you missed John's cheery review, is the genre-hopping successor to Daniel Mullins' Pony Island, and a clever little thing you should probably play now. One moment it's a Fallout-parodying tactics game, next it's Hotline Miami. It's also about secrets, and it took a full month for its players to crack its greatest one. As with Pony Island before it, there is a second, hidden ending. In another game.

Uncovered by a swarm of puzzle-fiends (you can see much of their workings here), but assembled for easy consumption by Steam forumer "Hutch" here, the path to The Hex's secret ending is convoluted, to say the least. Fortunately, those wanting to just cut to the chase can skip to the final stage. The Hex is packed with little secrets, Easter eggs and potential puzzle pieces. My initial run through the game left me aware that I'd need to find more hidden coins to unlock a series of sealed doors, but even that's just the tip of the iceberg. HEAVY SPOILERS lurk below the trailer.

The Hex is a tale of game development hubris - of a creator, Lionel Snill, who found success young, fell into money and ended up with an ego bigger than his bank balance. It's the story of the games that he made, and the people he made them with, including a woman named Carla. Carla was Lionel's oldest friend, but she grew resentful and bitter after years of his mismanagement and ego-tripping. Carla also created the creepy circus ring-mistress character Sado, who appears in the game as a recurring boss. By the start of The Hex, Lionel and Carla aren't on speaking terms.

In the world of The Hex, videogame characters have their own lives - think Reboot and you're 90% of the way there. At the end of The Hex, there finally is a murder, and you're the accomplice - you enable Root Beer Reggie, Lionel's first game character, thought deleted, to get bloody revenge upon his creator. You open a portal between the game and real worlds, and see live-action Lionel, strangled to death. Oh, and Sado popping up at the last moment, now free of her virtual confines. Oops. The extended ending just adds a little more twist to that knife in the guts. 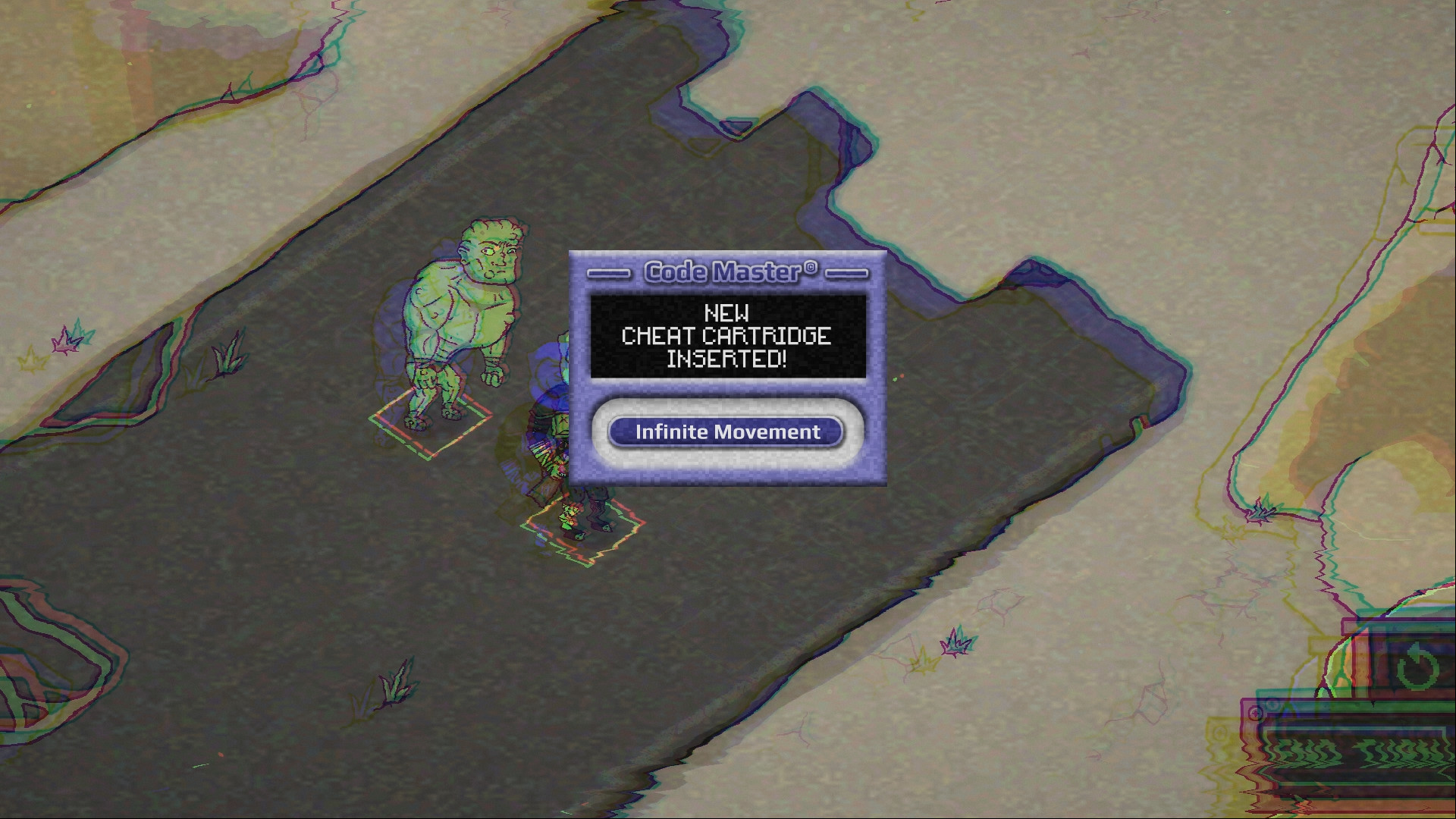 Following a massive string of hints and secrets left in The Hex's multiple sub-games, players found that they had to create a file named 'cipher.cipher' within The Hex's directory. If the cipher file contains all the right puzzle pieces collected through the game, its presence allows a minor character, Wizzaro, to decode a message hidden in a locket. It reveals that Lionel had one last wish; he sent a file to Carla, saying "If something ever happens to me. Can you make sure this gets into a game?". She grudgingly agrees. Then, presumably, he dies.

As you discover in The Hex, Carla always wanted to make a fishing game. Released a while after The Hex, a little freeware game called Beneath The Surface launched on Steam under the developer name "carla51". It's a single-screen ice fishing game with a basic upgrade system. Some of the items you can fish up are just cute jokes, others are references to things in The Hex proper. One item - a locket - just contains a garbled piece of text. Put the completed cipher file in Beneath The Surface's directory, and it's decoded, telling you to type "Lionel.exe".

I won't spoil what happens if you do. Beneath The Surface is free here on Steam, and a small download. The Hex is also discounted a bit on Steam right now, down to £6.11/€6.96/$8.49, although the Autumn sale ends later today.