Kicking off Tokyo Game Show this week, Capcom released a nearly-three-minute gameplay video for its asymmetrical team-based Resident Evil spin-off Project Resistance. And it turns out it's essentially an escape room challenge gone awry.  Mind you, I've never personally done an escape room challenge but I'm pretty sure laying bear traps on the floor is frowned upon by the better business bureau.

We first got a glimpse of Project Resistance earlier in the week when Capcom released its teaser trailer. Now with the release of this new vid we get a look at actual in-game combat, confirming that, yes indeed, this is Raccoon City's answer to Dead By Daylight.

Project Resistance is a horror punch-up that joins four survivors of a seemingly Umbrella Corps-triggered zombie apocalypse against a player-controlled Umbrella Corporation "Mastermind." The latter character, an evil francais lab technician, keeps an eye on that pesky Scooby Gang by cycling through camera feeds and sets traps for them throughout the match. The gang itself is tasked with just getting the hell out of there without dying. So, classic 4v1 stuff.

Things go fast and hectic in Project Resistance. The surviving foursome represent your more-or-less typical RPG roles - the healer, the hacker, the fighter, the tank - and they're up against the clock trying to locate puzzle pieces or destroy particular key items before it runs out. Our pal Mastermind, on the other hand, can summon zombies to their location (and even zworp to their place to play as them), set traps, and release the hulking Mr. X - whose need for a basic moisturising routine strikes horror in the hearts of any who meet his eye. 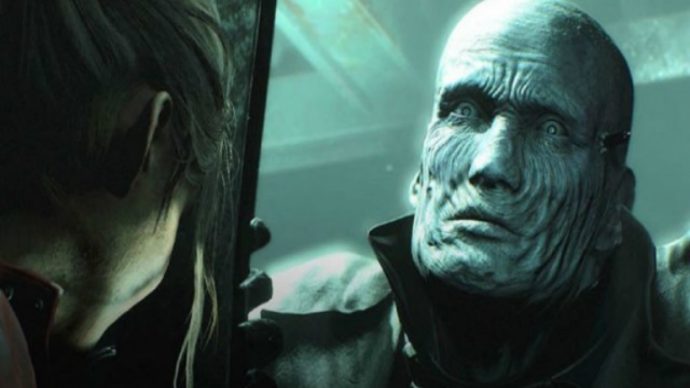 Project Resistance will be starting its closed beta period October 4, running until October 7. You can now sign up to check it out for yourself (but note that the beta test is only PS4 and Xbox right now).