Quake Champions is a delightful return to the origins of the arena shooter, and although the title is in Early Access at this point, there's still a ton of DLC and other add-on content you can buy. That's fun, right? I always find paid content in an unreleased game odd. Anyhow, there's a lot to be actually excited about here, as the game is getting huge updates. That includes the community's biggest request: Bots. Hell yes bots. With scalable skill levels, you can now learn to play that game on your own, or hone your expert skills, or just get some kills without having to both with the whole, you know, Other People thing.

Also: gore is coming. Not just blood and guts: really specifically engineered blood and guts. This is a game about science, after all. (Don't... don't double check that. Just let it sit.)

You can read the announcement in its fully glory on the official website, but I think we've highlighted the best part:

Of course, there’s more to the Gore System than just throwing some guts in the air and calling it a day. Each Champion is getting their own gib-able makeover, with attention to their armor, organs and various cybernetics and appendages – the system even adjusts these flying flesh and body chunks based on the special skins and shaders you’re wearing! On top of blasted bits to accompany your kills, the Gore System contextually scrambles up fragged foes based on what dealt the lethal blow – be it an explosive Rocket Launcher blast or a torso-bursting hit from the Super Shotgun. Sure, it’s macabre, but nothing says “victory” quite like bloody fireworks made from your enemies’ entrails!

Entrails, baaaaabyyyy! Also, The Gore System sounds like an American recycling policy implemented by Al Gore in the mid-2000s. Not sure... not sure it's as bad-ass as they meant that to be. 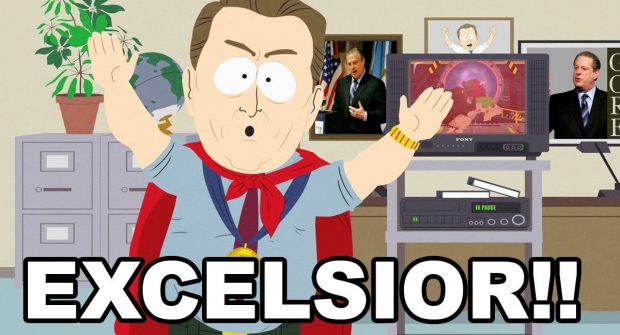 Check out our previous write-up on the addition of new Quake and Doom champions to the game.

Probably a good time to mention that Bethesda's got a lot on their plate, especially the recently announced Rage 2. Really hoping that this turns out goodly, because I'm itching to use the headline "It Is All The Rage" and that doesn't really work if it falls flat, now does it? Read our write up of the Rage 2 trailer, including our shared fascination with the dude wearing a shoe for armor. What's his story? What's his lore? Build this world for me. Real glad Alice found Knifey Shoe-Bro:

Quake Champions is up for sale at this place called Steam. Don't know if you've ever heard of it before. It's pretty chill.