Ever since its announcement last week, Rebel Galaxy Outlaw has been one of my most wanted games, dead or alive. Prequel to the grungy space-trucker sim Rebel Galaxy, Outlaw is more about fighter-scale dogfights, piracy and cockpits full of glowing lights and buttons. After watching an hour of it played and explained by Double Damage dev Travis Baldree I'm even more excited. Pull up a chair, pour yourself a couple fingers and see why I reckon this is the second coming of Wing Commander: Privateer.

Set 35 years before the original Rebel Galaxy, this prequel has players controlling the roguish aunt of the first game's nameless, faceless protagonist. While Baldree says there'll be plenty of story missions to follow in the full game, this walkthrough is focused on its systems. Also, I can't help but notice that Travis's oh-so-smooth voice makes him an impressive streamer - not surprising that he also does audiobook readings on the side. He was also lead developer on dungeon crawlers Fate and Torchlight.

There's so many delicious little details to pick out of that video - here's some of my favourites:

The protagonist - Juno Markev- is a pleasant change of pace. Not many gruff, hard-looking women in their forties get to play lead roles in games. She also sounds fittingly gravelly.

The soundtrack - some rock, metal, country and classical - all spread across a collection of radio stations befitting a region of space called Dodge. There are ads between tracks, but if you switch station to avoid the looming spectre of capitalism, you'll hear Juno grumbling along with you as she fiddles with the radio. Double Damage say there's over 21 hours of music.

Fights can get big and messy. There's some fights shown involving big swarms of pirates, escort fighters and transports bristling with turrets. There's a lot going on, and a lot of things that aren't you being shot at. Of course, there's the option to shoot the turrets off of larger ships - not surprising but nice to see confirmed. 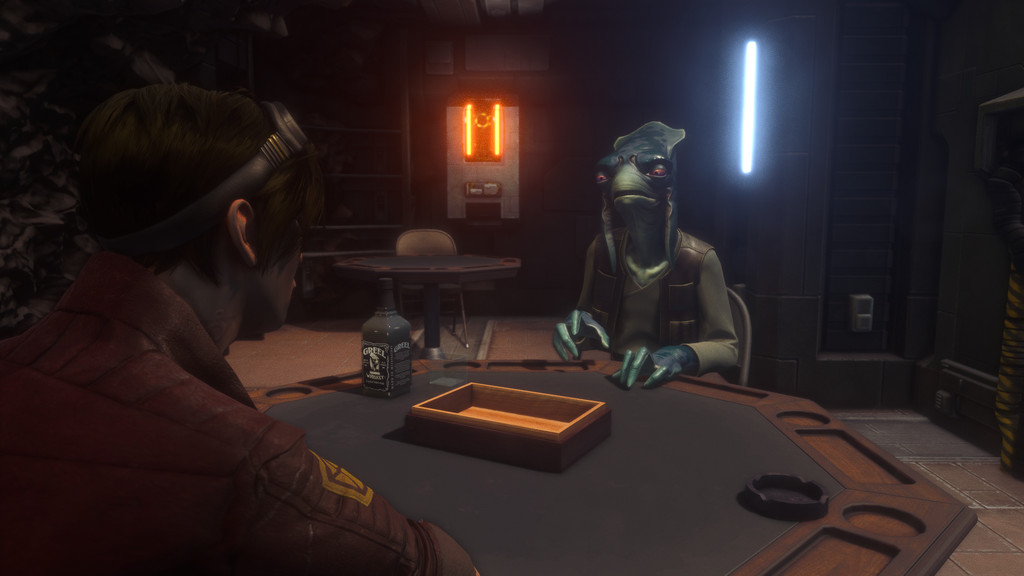 The minigames seem well fleshed out. Bet some money for the chance to win ship parts in a game of 8-ball? Very cool. Slot machines and dice poker are options too. What really piqued my interest was an Asteroids-inspired arcade game. Not amazing in itself, but according to Baldree getting a high score here unlocks a Last Starfighter-inspired mission chain.

It is very unrealistic, in a very Wing Commander way. Police ships have sirens that you can hear as they fly past, lasers are big and zappy, and combat takes place at visually clear ranges. Mid-distance travel works exactly as it did in Wing Commander too, showing you a quick third-person flyby before snapping you back into the cockpit to assess the situation you just landed in.

Auto-pursuit is a fantastic feature. At 20 minutes in, you can see it in action. Hold a single button and your ship will automatically turn to face and match speed with your current target, although it won't handle aiming. For those who get lost playing space shooters, it handles the boring/messy part (finding the target) for you, letting you do the cool bit (aiming and shooting) for yourself. 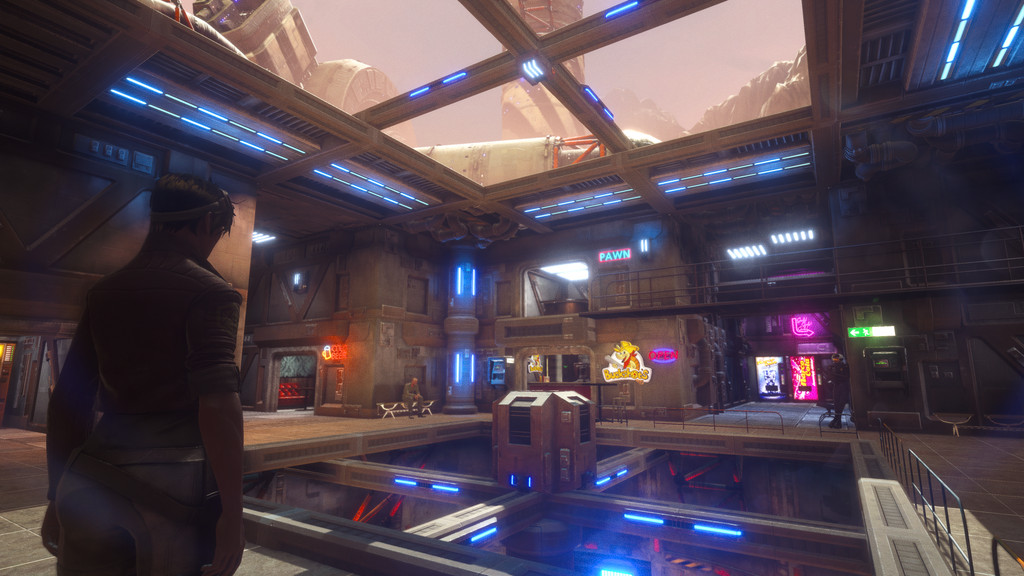 Cockpits feel solid, and Juno feels like she's actually part of the physical space. She'll press buttons, gesture (occasionally rudely) at other ships, and if you take hull damage and the glass starts to crack, she'll bring her arms up to protect her/your face for a moment before calming down. You can also decorate your cockpit with pictures, toys and other goodies.

Exclusive to the PC version, you'll be able to paint your own ship however you like. Decals, colours, crudely spray-painted profanity can be doodled all over it. There's even the option to output the full texture and wireframe and work externally, if you're more used to professional art tools.

Rebel Galaxy Outlaw is unquestionably inspired by DOS-era classic Wing Commander: Privateer (confirmed by the developers here), and that's just what I'm looking for. Popular as Freelancer was, it never really did it for me. There's no release date yet for Rebel Galaxy Outlaw, but we do know it's coming in early 2019, and will cost $30.