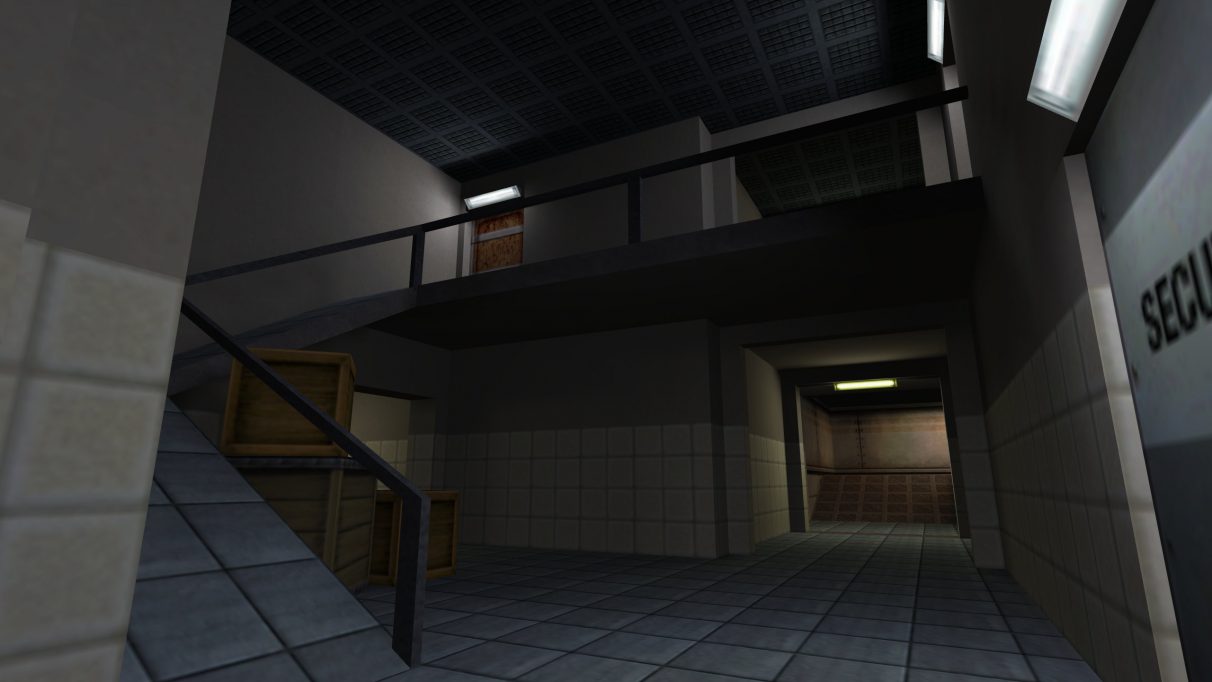 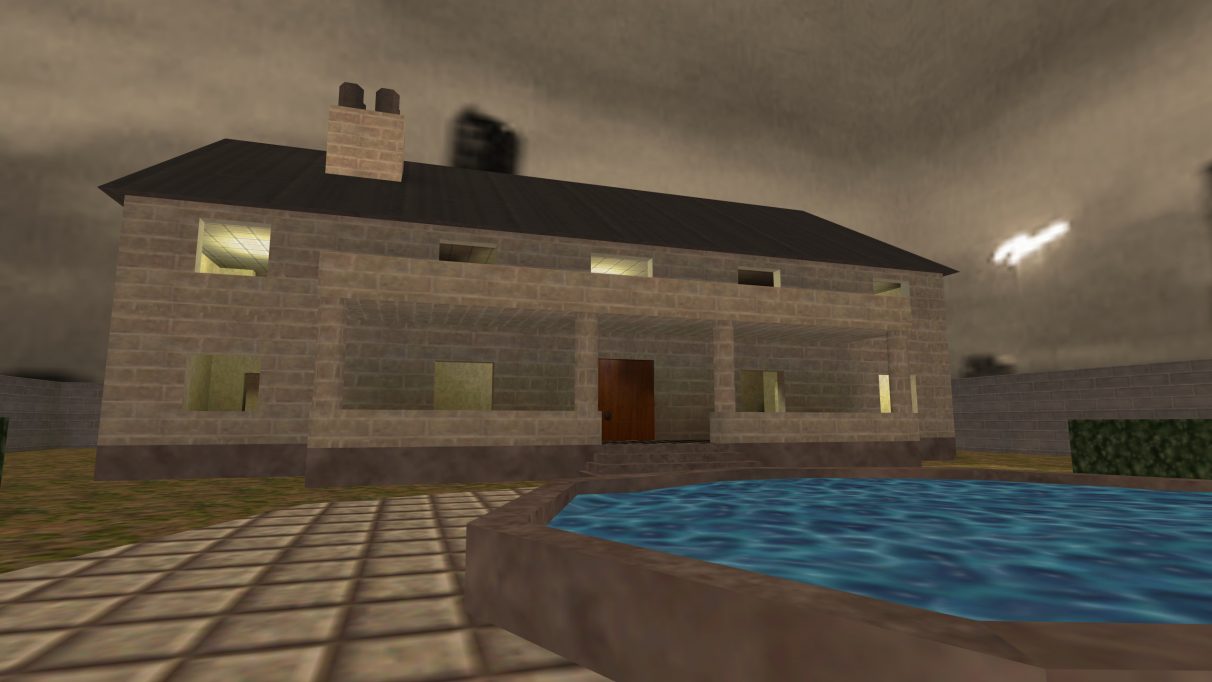 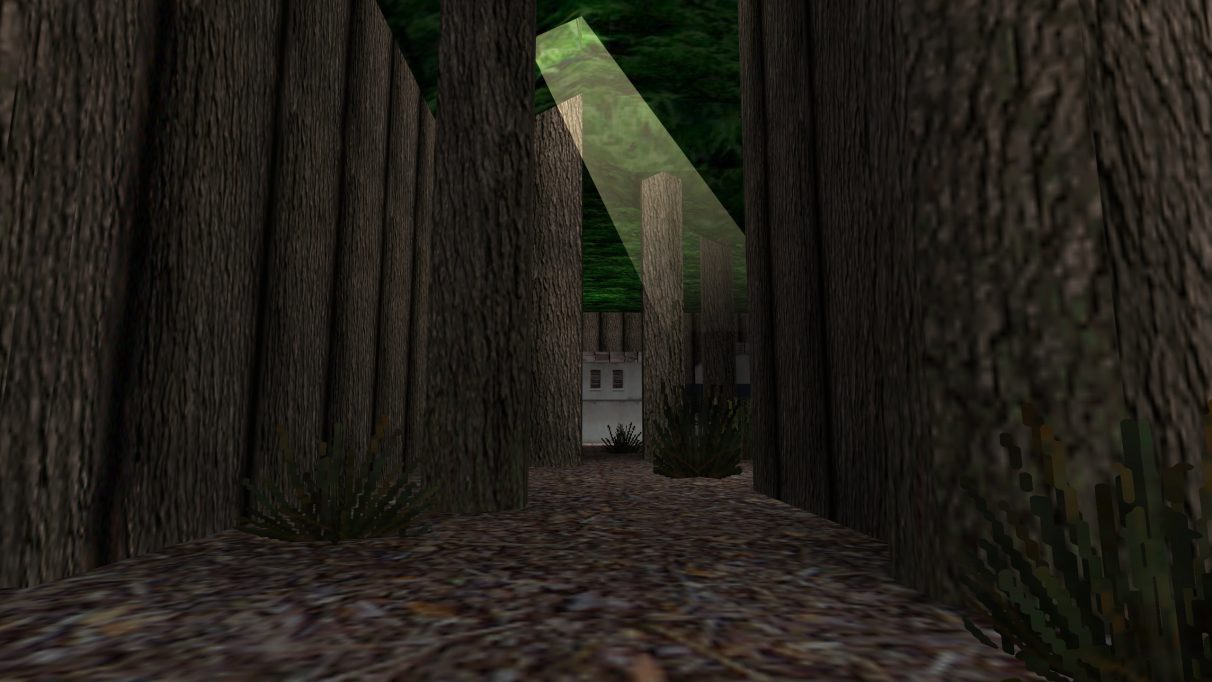 It was 20 years ago today that version 1.0 of Counter-Strike launched, boasting iconic maps like Dust and Italy. But what about the maps that didn't make it out of beta? CS had over twenty which bounced around betas but were cut by the full release, including all the maps representing one entire mode. I revisited the cut beta maps today and was surprised by quite how many I remembered, a lot of weird fond memories mixed in with a few moments of "Oh yeah obviously I see why this was cut". Come, let's revisit them.

I didn't play CS intently so I have a fair few gaps, but I did enjoy going back and seeing maps from betas I hadn't seen. More maps were removed between v1.0 and 1.6, mind, but these are the babies which never made it past beta. Let's start with the maps most recently removed, and work backwards to Beta 1.0.

Added in Beta 7, removed by Version 1.0. Made by Jason Blum.

Okay, Jeepathon wasn't a proper map. It was a test map showing off CS's new vehicles, a feature which did not work super great. It is unusually both a hostage rescue map and a bombing map (destroying a toilet), but none of that matters because you'd just zoom around in the janky jeeps doing bad tricks and getting stuck in the ground, until someone had enough cash for an AWP and just shot everyone. Killjoys. Still, it was nothing compared to the version of cs_siege with a driveable APC that people would use to drive unwitting passengers into deadly spots.

Forest was one of the few maps for CS's Assassination mode, where one team must escort a VIP player to an evacuation point. While Half-Life isn't at all suited for natural environments, I am charmed by what Forest does with what it can. Tree trunks join into walls, bits of greenery are scattered about, and the skybox suggests this forest is but a shrubbery in a far larger forest. 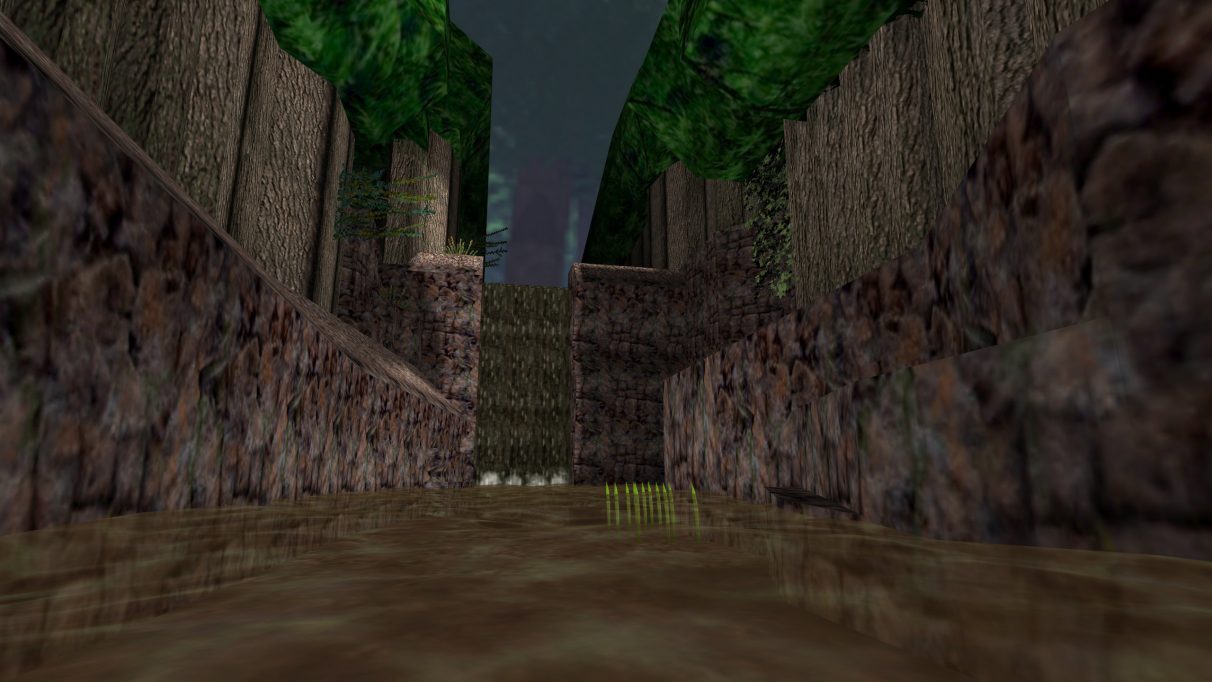 I like the detail of dinghys with paddles at CT spawn. Justin also made Siege, which has been in CS since Beta 1.0 and is still around with a remake in CS:GO, though he sadly died in 2000. 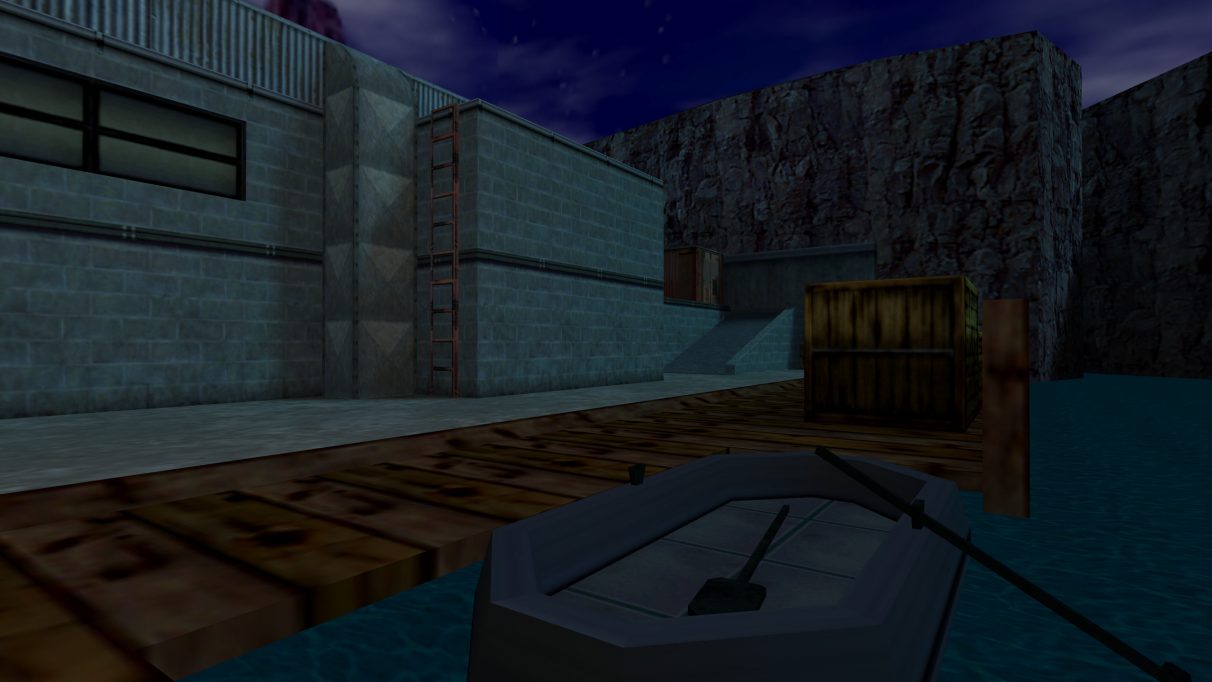 Added in Beta 6.0, removed by Beta 7.0. Made by John "KaRRiLLioN" Corwin and Kevin "Lestat" Anderson.

Okay, this is one map I'd fully forgotten until I spawned in next to a train and OH MY GOD it's that one where you can drive trains around in a big loop. Why would you ever not just drive the trains around? Because it's a terrible idea that will surely get you killed. But also, you can just do it. So I would. 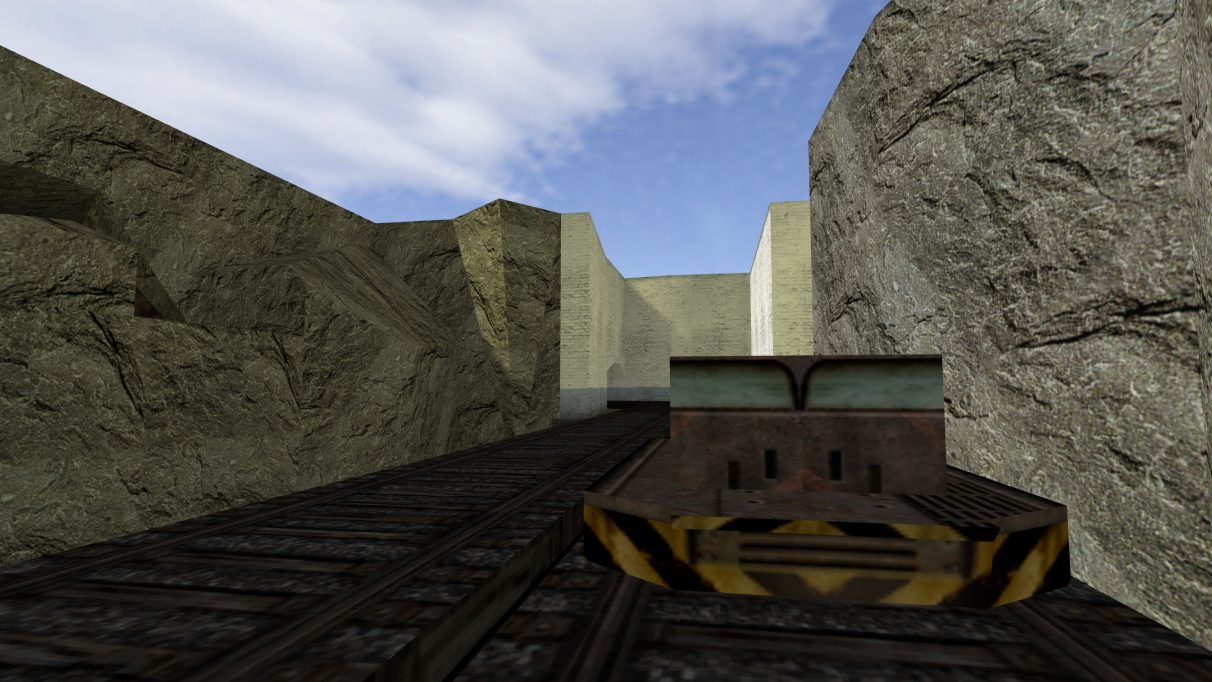 Trinity was Counter-Strike's last map for Escape mode, where one unarmed team had to flee to an evac point, maybe scavenging some weapons along the way, while being pursued. I had fully forgotten about this mode. While CS removed all es_ maps, the mode is still in the game, albeit bugged. Mike Rosser later made the map de_vegas. 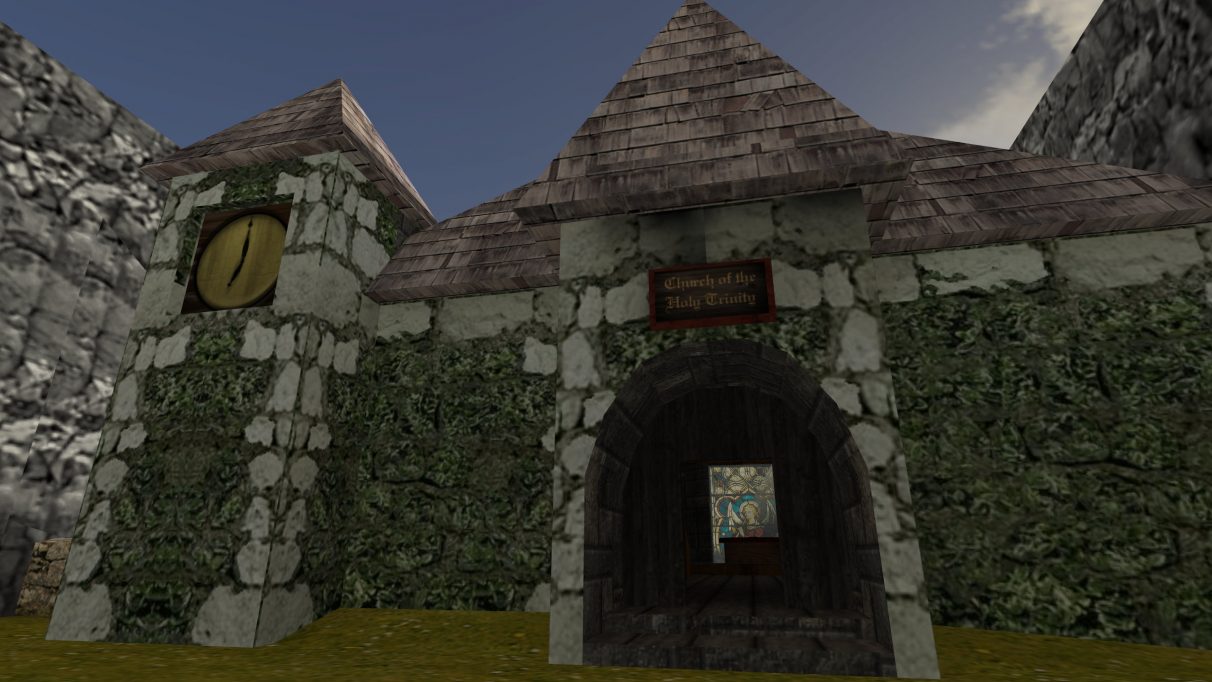 Another Assassination map, this time escorting a VIP through a city with canals. Sure are some looong sniping sightlines for a map about escorting an unarmed idiot. What caught my eye was the contrast between a photosourced brick texture for most buildings and water that's the bluest blue swirl of cartoony caustics. 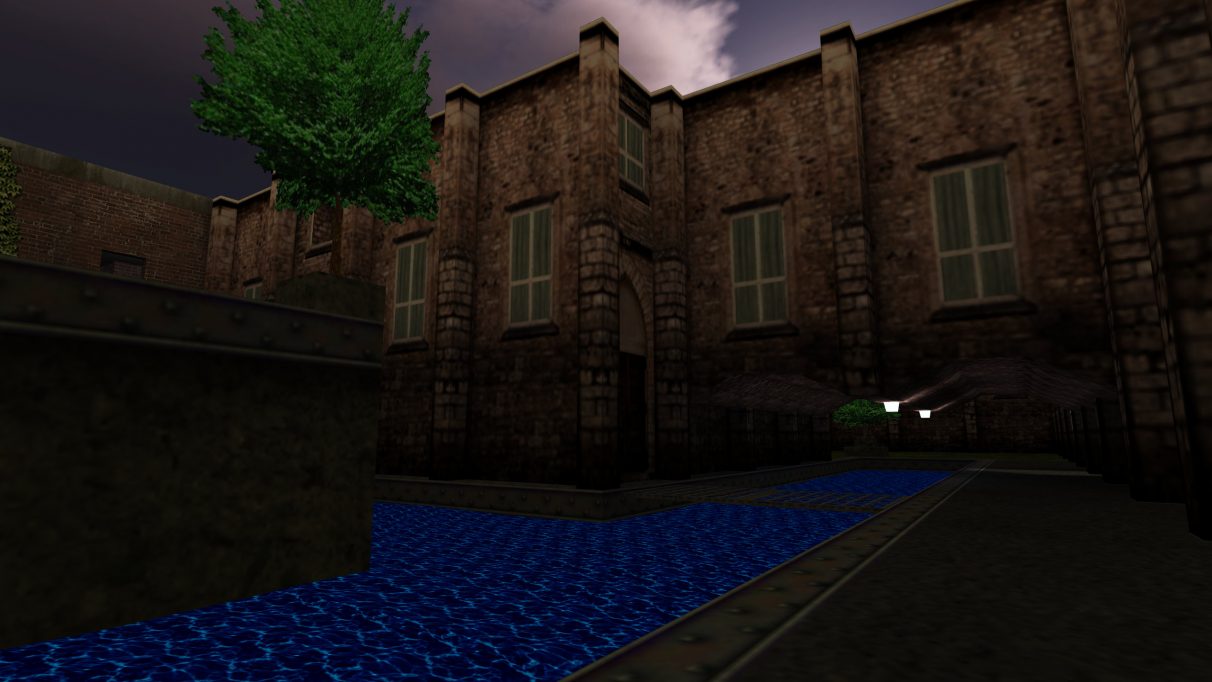 This was a surprise to me! It's a dense map with a lot of rooftops, all of which you can get up on. That feels quite rare in CS, which rarely makes you watch up around you at all times. Bieg also made de_nuke, which has been in CS for yonks, coming through to CS: Source and GO too. 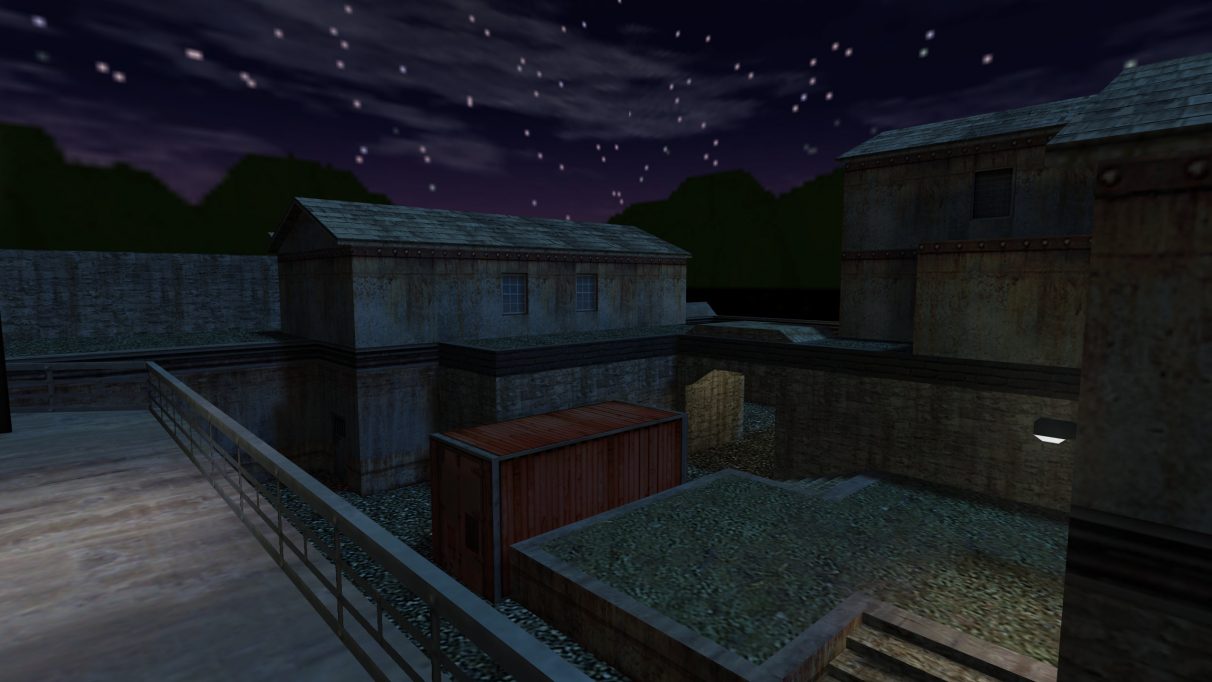 An Escape map barrelling through a New York City subway. I have no memories of this but have quite liked the architectural flourishes of arches and stone reliefs. He later made de_aztec. 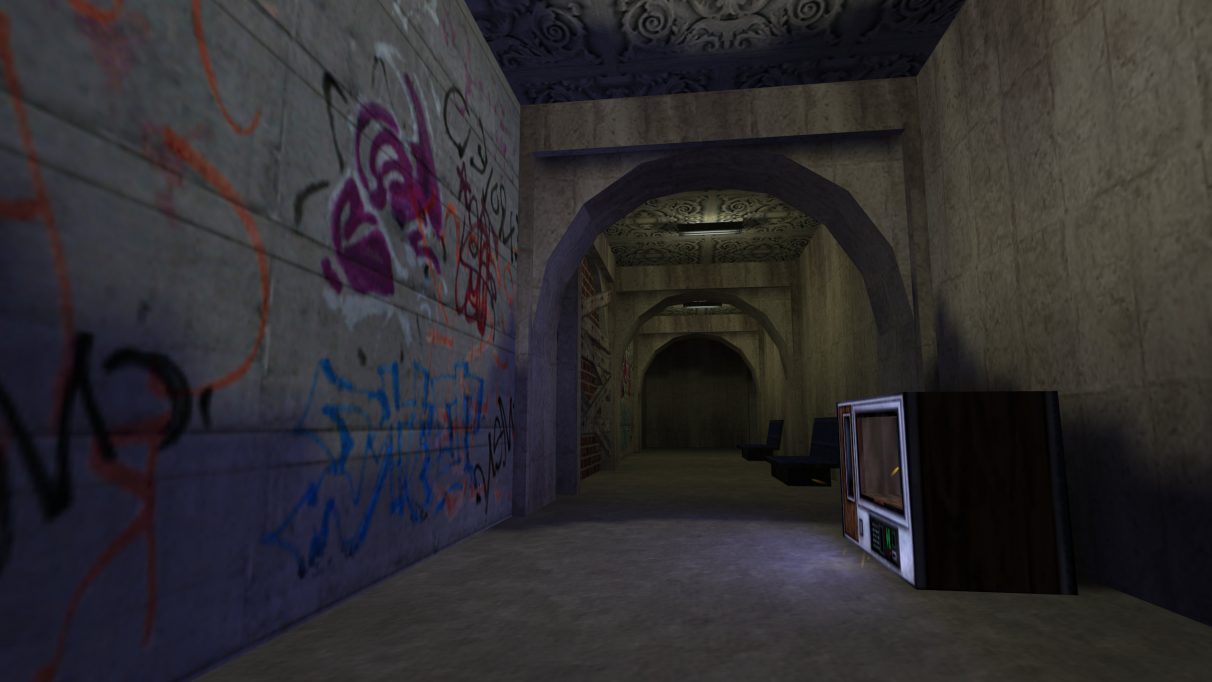 Man, I had not remembered half these Escape maps. The mode wasn't around long, mind. 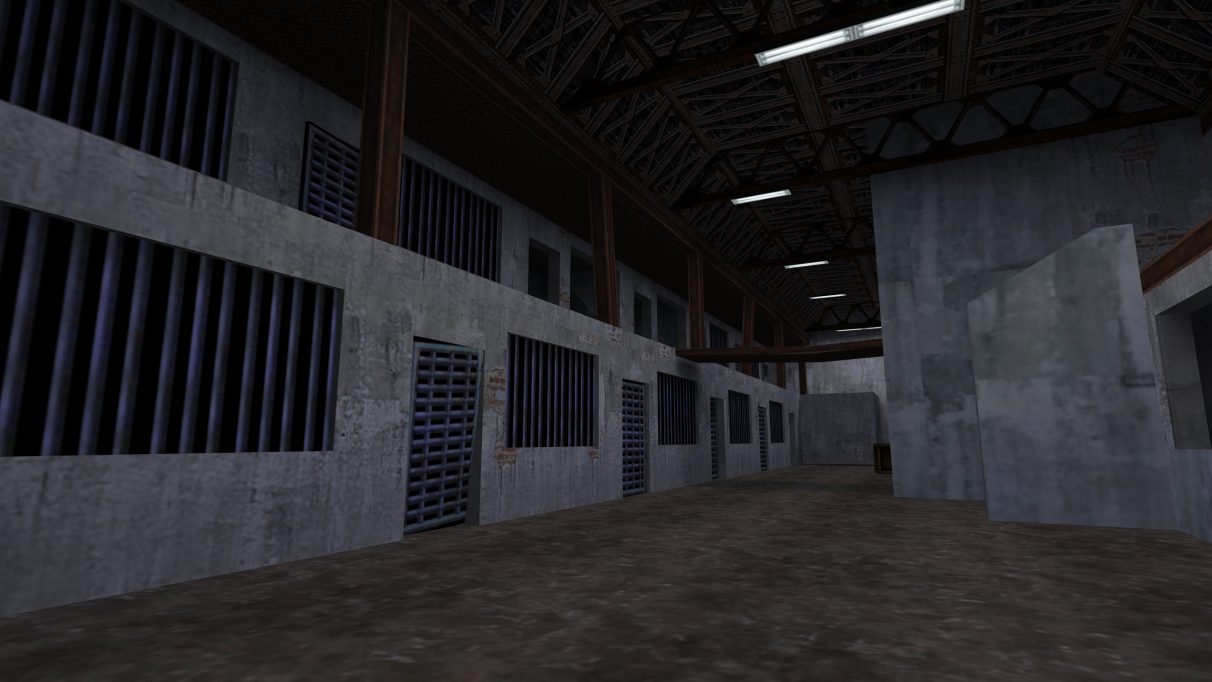 Surprisingly dramatic spawn point, this one, with a real feel that a terrible incident is in progress. Fun fact: Matt Van Sickler directed Diary Of A Camper, a Quake movie which was perhaps the first piece of machinima. 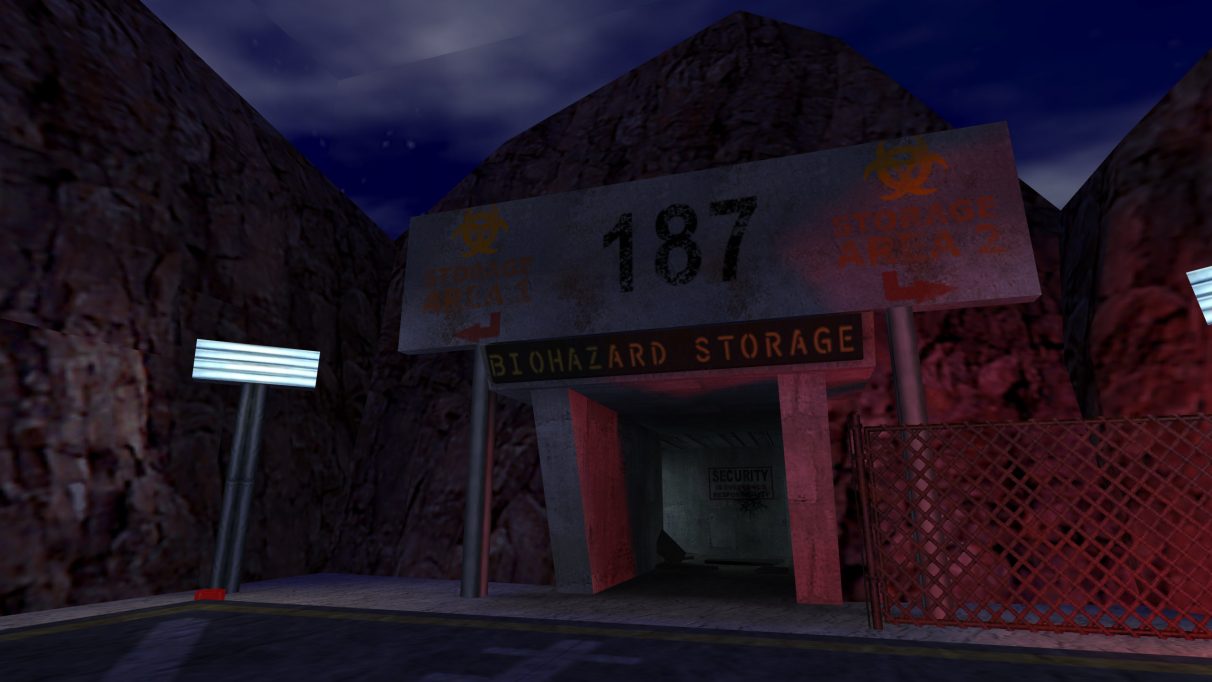 A remake of the GoldenEye map Facility, complete with its squillion sliding doors. 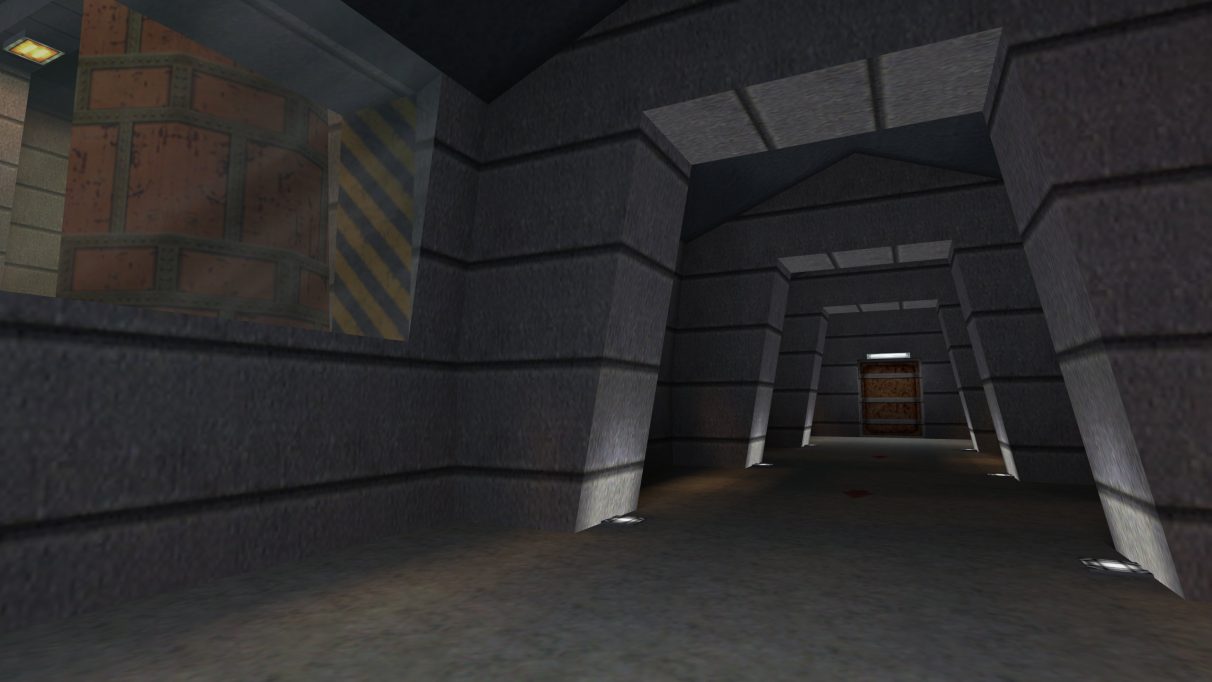 Added in Beta 5.0, removed by Beta 6.0. Made by Cameron "Mr_Deth" Wu and David "Zaphod Beeblebrox" Marsh.

Wait, is this going to be our tour's only sighting of the ubiquitous de_dust texture set? 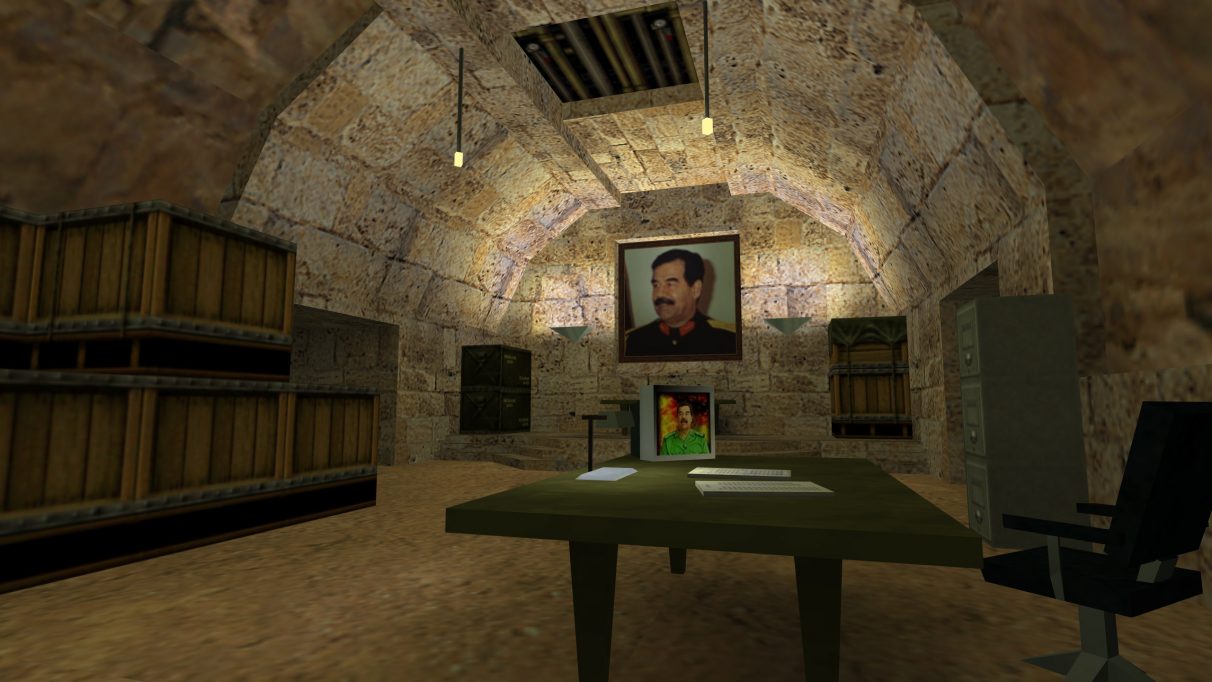 A lot of dingy corridors but what a lovely bright skybox! The sky of a pleasure cruise, if not the ship. 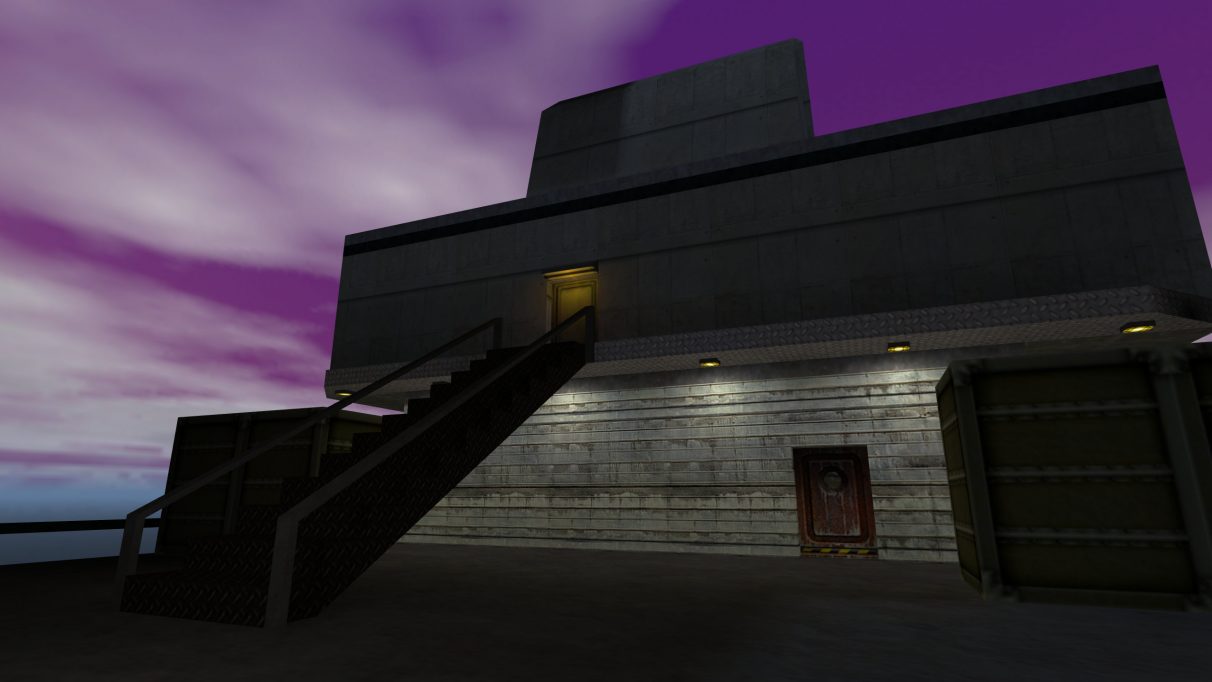 Lots of Half-Life textures here! For a game which came to develop a photosourced style, I was charmed to see so many old Half-Life floors, monitors, and bits. CS's roots are really visible here, which is just what I want to see on a historical tour. Steve ended up at Epic Games and was creative director on their MOBA, Paragon. 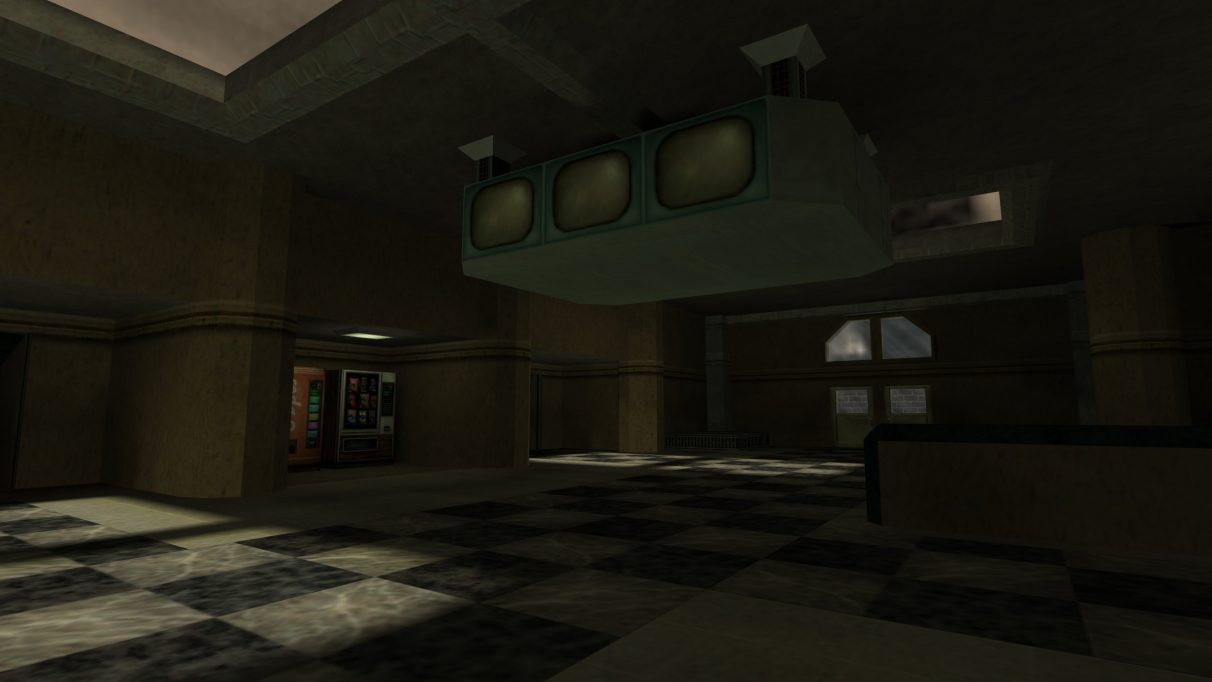 A rusty and crate-filled "war-torn retirement home", this one. Johnston later made de_dust and de_dust2, which have stuck around far, far longer. He's blogged about creating Tire and lessons learned from it. 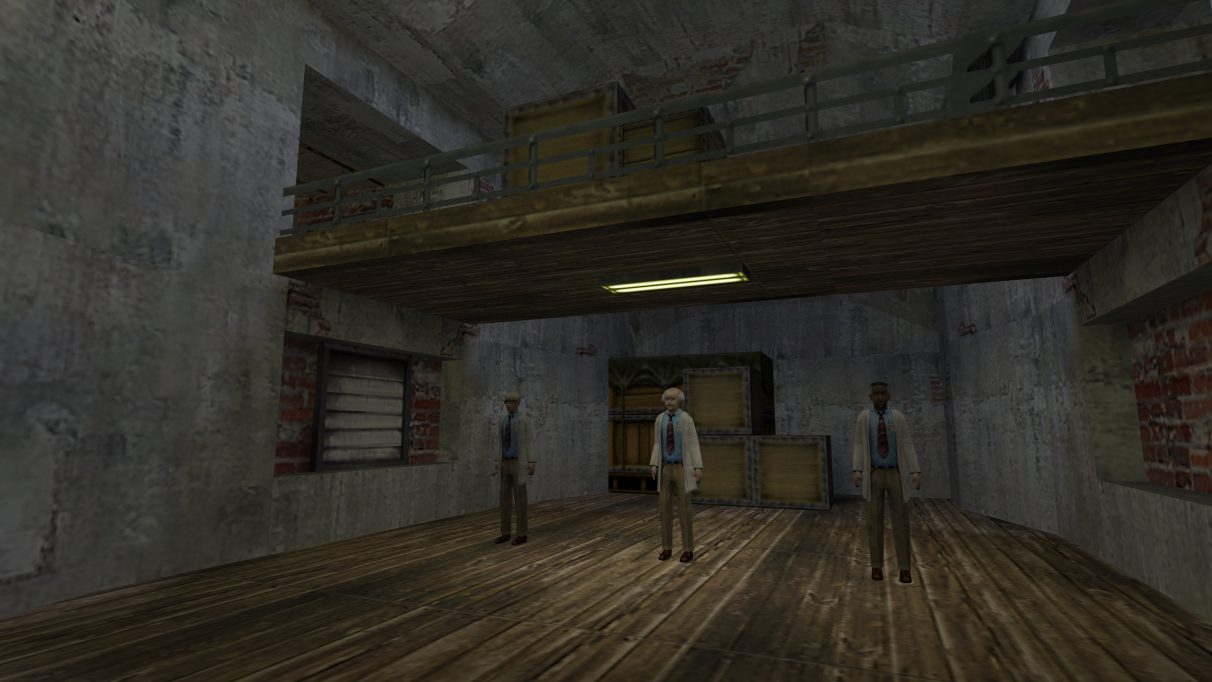 Haha okay, now we're really back to exposed Half-Life roots. Straight out of Surface Tension, this look. I had thought this terrain style was kinda familiar and, surprise: Timm also made the Action Quake 2 maps Jungle1 and Teamjungle. 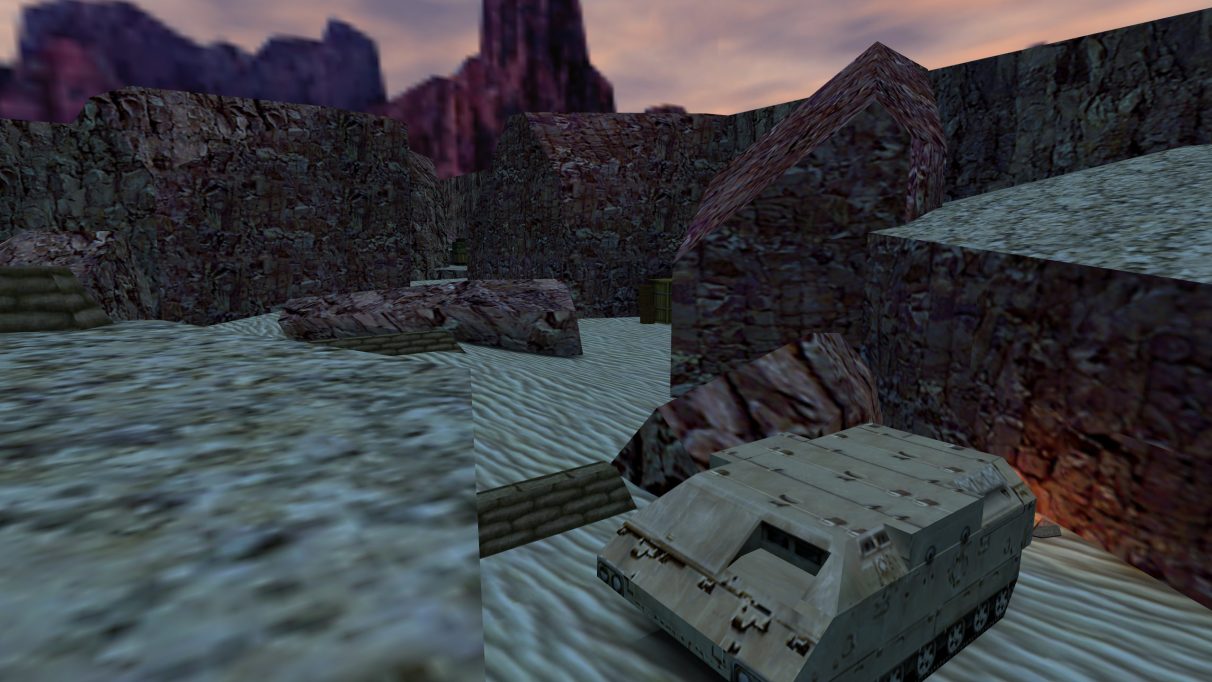 Sure it's a cold concrete bunker, but it does have cosy living quarters. 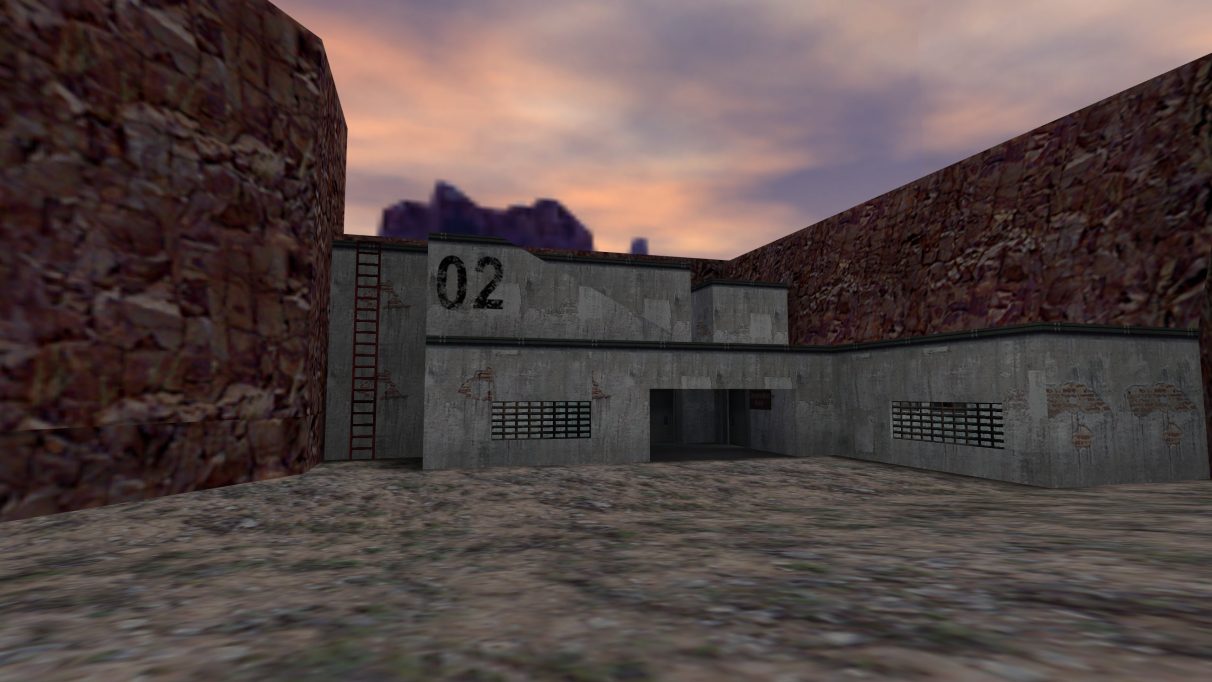 Here we go, one of the original CS maps. It lasted longer than some. I see fans have remade it for newer CS games too. Bless. 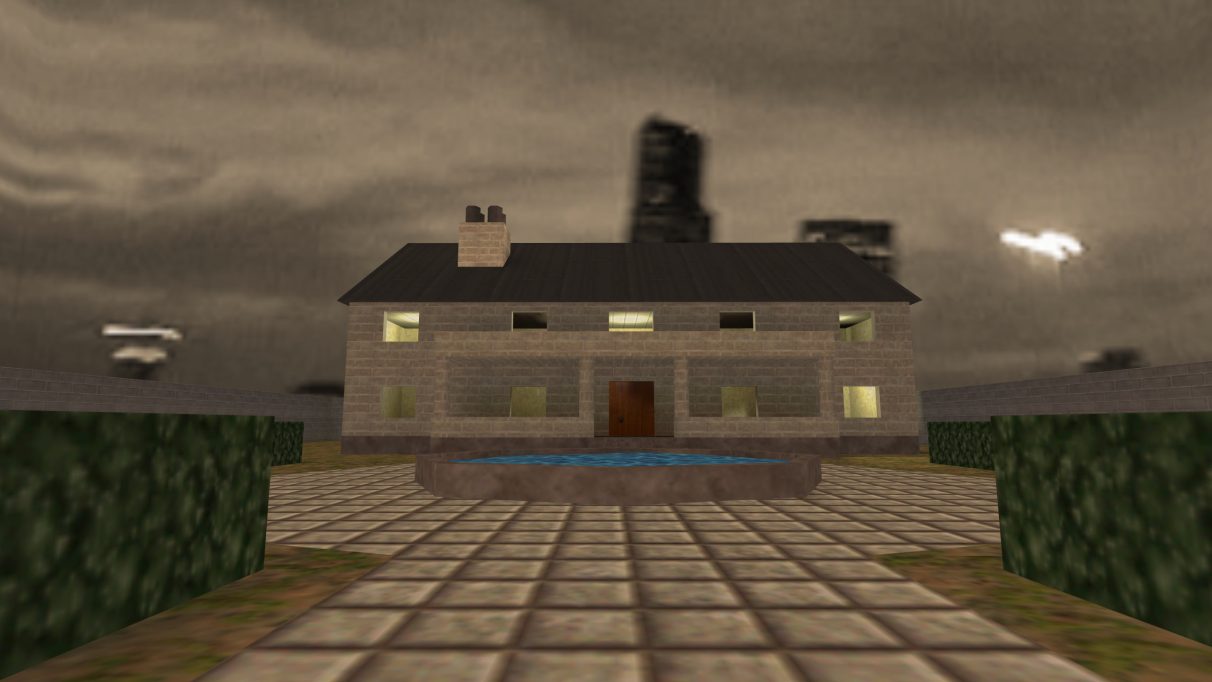 Another from Poor Yurik! This was before my time, and I was not expecting to find Fallout's Vault 13. 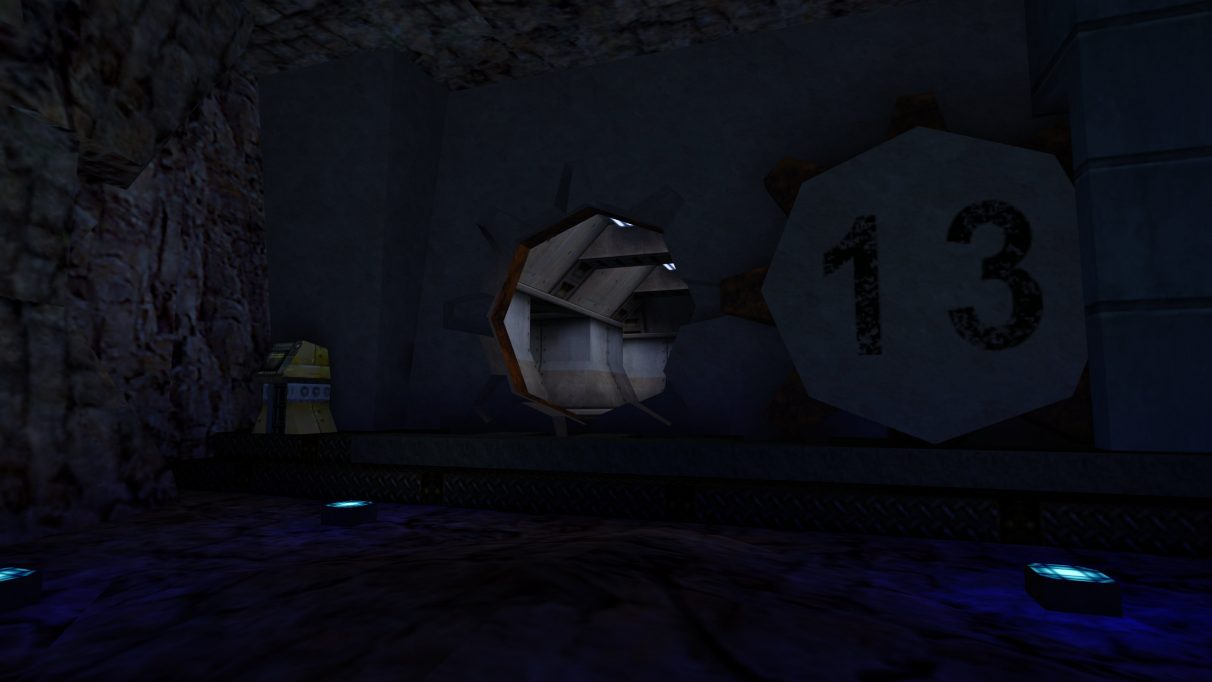 Another mapper I was not surprised to learn had mapped for AQ2 before. 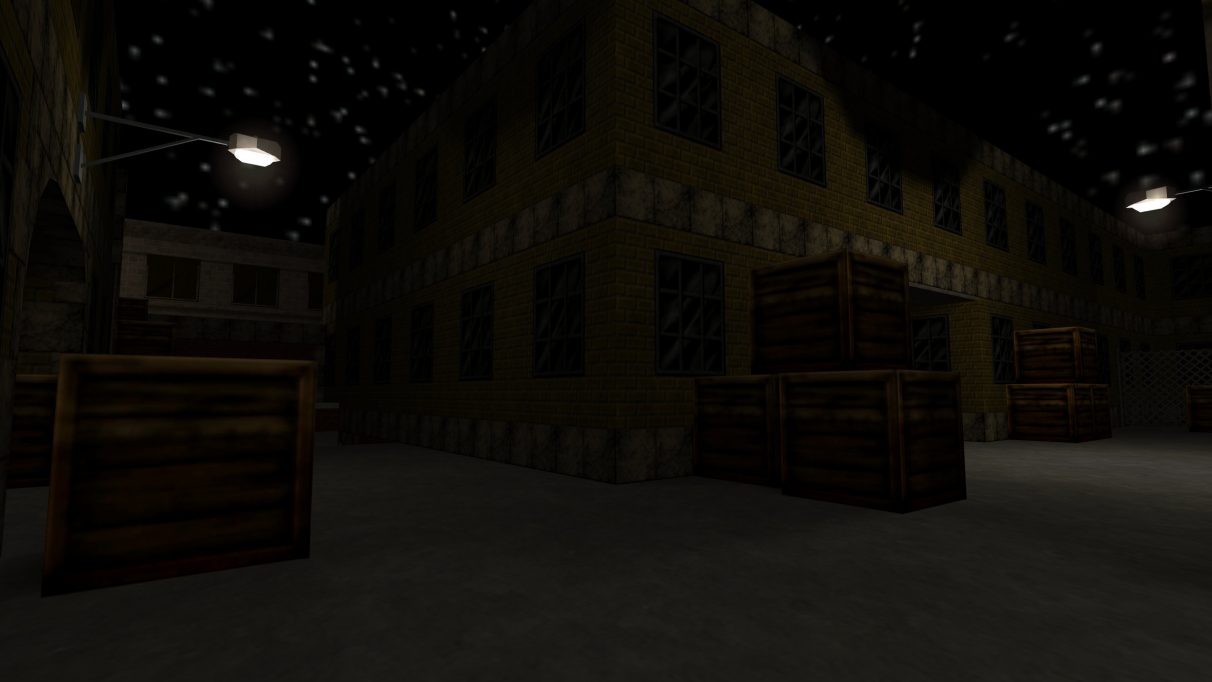 Well into those chunky ladders: 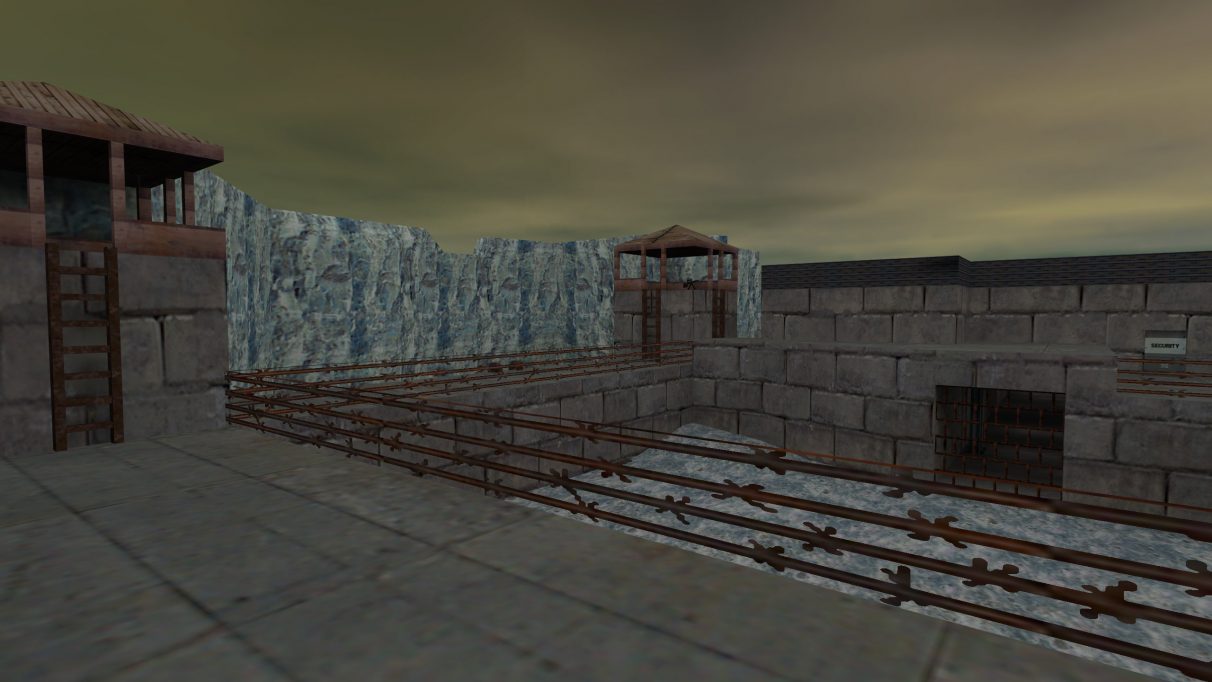 I do like the decorative giant concrete arches outside the depot. Leon later started cs_747, which ended up being finished by cs_station's Steve Superville. 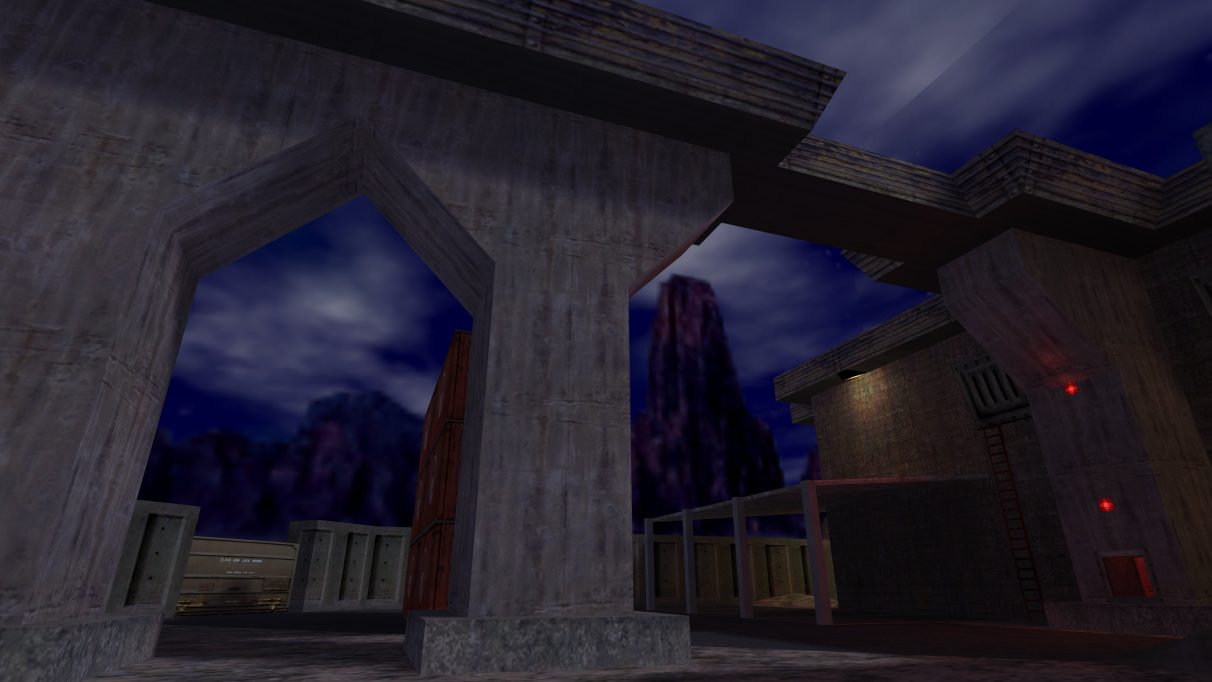 And that's it, the end of our tour. We've come back all the way. Tell me about your CS memories, gang, your now-outcast beta experiences.

Oh, and I must thank the folks on the CS Fandom wiki for their handy archives of beta patch notes and map credits.

Disclosure: Ah! I just remembered that I got an old laptop off Dave Johnston, like, forever ago.